May I see your social licence, please? 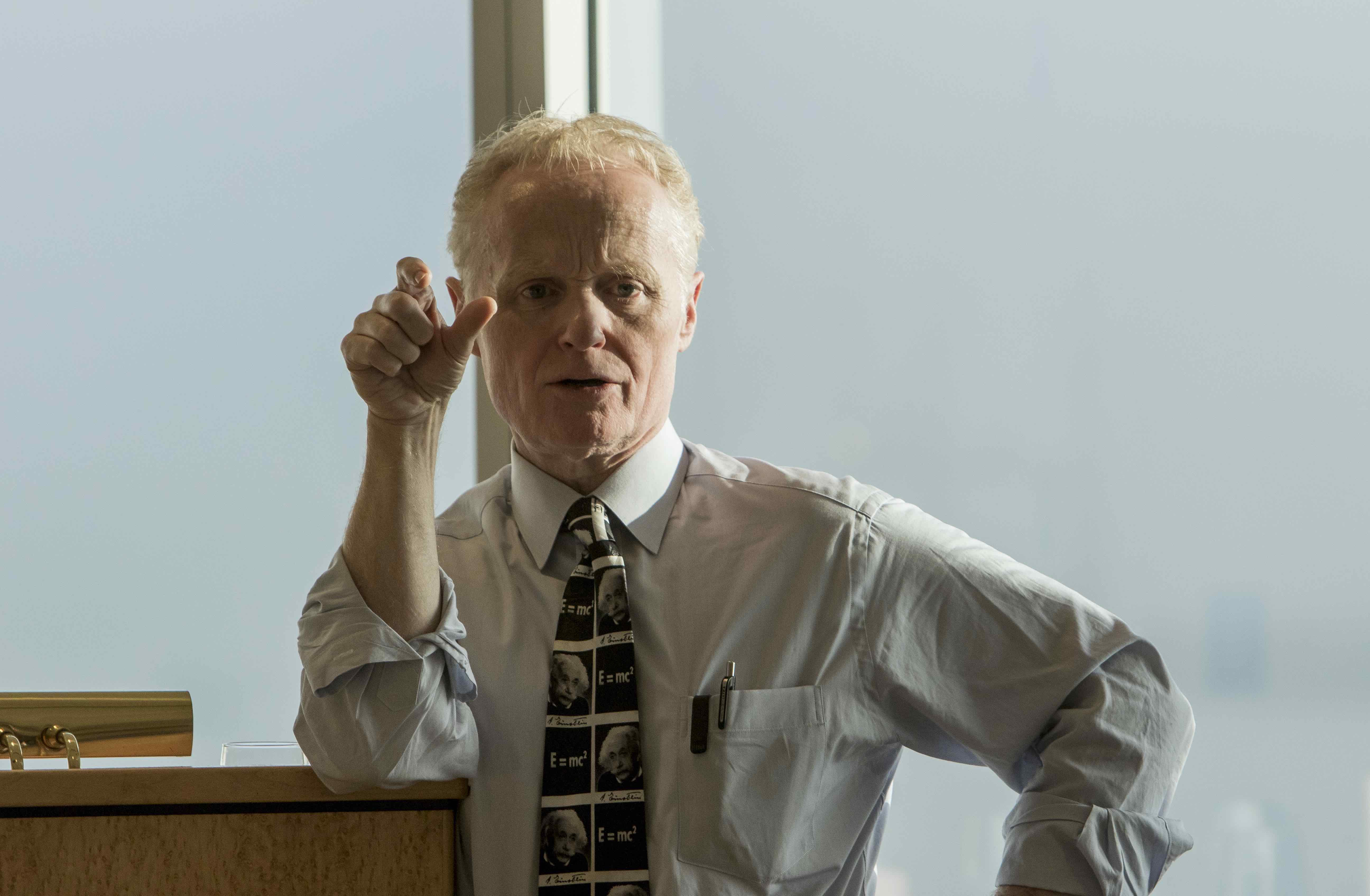 In his Fall 2020 book, author Crowley (pictured at a Resource Works event in Vancouver) contrasts two very different approaches to society and politics. Designers believe “every social problem can be solved by expertise, every part of society is infinitely malleable and every reform proposed by well-meaning politicians guided by disinterested and selfless experts will only produce benefits and never costs in an ever-upward spiral of benevolent social progress. Gardeners, on the other hand, perceive their gardens as “a co-operative effort among many different factors, like climate, predators, soil, nutrients and, of course, the efforts of gardeners. But unlike a machine, whose purpose was imagined by its designers and which is a servant of their will, gardens are made up of many disparate plants, each of which has its own energy, intelligence and will.” It shouldn’t be too hard to predict where this author sits on the issue, as will be revealed here...

Wherever there is organized opposition to new pipelines, mines, railroads, electricity generation and transmission, manufacturing plants, container terminals, tree cutting, or even agricultural practices, to mention just a few examples, the opponents repeat the mantra that such projects must obtain “social licence” or they must not be allowed.

The social licence movement, which ironically arose in the natural resource sector, matters because it goes right to the heart of the certainty about rules that the natural resource industry needs in order to invest in Canada. This certainty is just as essential if you are part of an Indigenous community that hopes to develop, and benefit from, resource opportunities on or near your traditional lands as it is if you are part of an international resource consortium.

It used to be that the framework for natural resource development in Canada was pretty clear. Governments generally owned the resources and they set a regulatory and tax framework that was relatively clear and stable. Developers knew in advance the rules that had to be satisfied in order to be granted permission to proceed with the project. Regulatory proceedings were not intended to be a place where the desirability of development per se was to be debated; they were instead an evidence-based technical inquiry about whether project proponents had satisfied the regulatory requirements and so could be given a green light. And all of this occurred within a climate of public opinion that generally held that well-designed and run natural resource development was in the public interest.

The evidence, however, is that the longstanding political consensus is breaking down all around us, and with it the confidence in and deference toward our generally excellent regulatory proceedings.

And while this breakdown is most visible in the oil and gas sector (think of the vehement opposition to pipelines, oil sands development, LNG facilities and so forth and the political circuses that many regulatory proceedings have become), the rest of the natural resource sector is not immune. The obstacles to reasoned development of our resources, including forests, hydro power and minerals and their attendant infrastructure, are becoming ever more daunting and I think it is safe to predict that the sector’s opponents will continue their slow ratcheting up of opposition to development on an increasingly broad front.

This is not to say that the natural resource sector has stopped working, because it hasn’t. The mining sector continues to enjoy considerable success, both in securing regulatory permission and gaining Indigenous support. But the legal framework we have created to ensure that these activities are compatible with the public interest are increasingly and vocally contested. This type of opposition greatly increases the cost of these projects and decreases the certainty that they will succeed. This connects with the argument I have already made that one half of all the business investment intentions in Canada rise from the natural resource sector, and that investment is falling precipitously. It is not that, once established, these projects do not run successfully (even the existing pipelines in Canada are allowed to function, although there is concern about the rising number of efforts to  interfere with their operation). It is rather that confidence in Canada’s ability to get major new projects done is in peril.

I would go further and make the case that the old consensus is breaking down largely due to increasingly vocal minorities who are opposed to natural resource development per se. They are now using the institutions we created to ensure an orderly and thoughtful approval process to ensure a disorderly and emotional one. One of the most devastating pieces of federal legislation came at the end of the last parliament and took aim at energy project approval. Bill C-69 licensed a large increase in the scope of the geography, the topics and the interests on which consultation was to be made mandatory and legitimized an endless and limitless consultative process as, in effect, not a way to win approval for projects, but a way to obstruct them almost without limitation.

One of the greatest challenges we face in continuing our great tradition of success in the natural resource sector is the undermining of the institutions that surround decisions about development. As long as we continue to fight a rear-guard action in defence of individual projects those who support natural resource development will always be on the defensive and will increasingly see projects fail as a result. Unless this changes there will be many more Energy East and Northern Gateway pipeline projects and Teck Frontier mines in our future.

Social licence is the phrase that now captures the central idea that natural resource development shouldn’t be carried out under objective tests established by lawmakers to determine if they are in the public interest. Over and above those tests there is allegedly a form of permission that must be obtained from “society” and especially local people directly affected by development. In the process, depth of feeling in opposition to projects becomes a major obstacle to their success. Justin Trudeau, before he became prime minister, gave his imprimatur to this trend when he repeated the mantra of the social licence movement, that governments issue permits but only communities can give permission. He has never officially backed away from that view.

It has been suggested by some, however, that the social licence movement has had its day, done in by public rejection of its intransigence. In particular, Prime Minister Trudeau and then Alberta premier Rachel Notley hitched their wagon to the social licence movement, thinking it was a bona fide request by a popular movement to take account of their opposition to the further development of Canada’s oil and gas industry. Trudeau and Notley, thinking that there was a deal to be struck to get new pipeline capacity to tidewater, brought in emissions caps in the oil sands, a carbon tax, the cancellation of the Northern Gateway pipeline, the failure (in the face of intense political hostility, particularly in Quebec) of the Energy East project and much tougher requirements for future projects in exchange, or so they thought, for acquiescence on the expansion of the existing Trans Mountain pipeline (TMX).

Predictably, the opposition to TMX continued unabated, the concessions regarded, not as a good faith negotiation, but as a sign of weakness presaging even more concessions if only the pressure was kept up. I am personally persuaded that even now that construction has actually begun on TMX that its opponents will engage in further civil disobedience along the route in the not unreasonable hope that those who favour the project will eventually find that the price of success is just too high. And the protesters will do this in the name of social licence. Critically, the bar for achieving social licence is deemed, in the new formulation, not to be substantial, majority support, but the agreement of project opponents, no matter how small a minority they may represent. The pursuit of social licence is, clearly, an unwinnable race. Ironically, despite the Wet’suwet’en debacle, it is mostly Indigenous communities in Canada now who have clear procedures for ensuring widespread and documented support for a  major project.

Even if I am wrong and TMX is successfully completed, that does not mean that the social licence movement has lost its vigour. It has just too powerful a rhetorical appeal, claiming that “ordinary people” oppose these projects and that as long as they do, the projects themselves are just the brainchild of greedy corporate interests trying to impose their will on communities that don’t want them. Even if it does turn out that “social licence” as a term has been damaged, we can be confident that the concept it embodies will continue to be invoked by opponents of natural resource development. It is therefore worth digging into the idea, regardless of what name will be attached to it in the future.

Even among those who believe that social licence is the indispensable precondition of a legitimate project, no one seems to be able to answer a few basic questions about such licence.

What, for instance, is the address to which you need to write to obtain it? What form must you fill out? Who are the authorities who decide if your application meets the rules and to whom are they accountable? In fact, what are the rules? What are the procedures followed in determining if you satisfy them? What appeal procedures exist if a project proponent feels their project has not been fairly assessed?

If you’re like most people, these questions will make you smile, because we all know that they have no answers.

And yet these are not silly questions. On the contrary, they go right to the heart of how a democratic society that lives under the rule of law operates. They are, in fact, gardener’s questions.

The very vagueness of the term social licence means we cannot know what the rules are, when we’re in compliance, or whether we’ve still got work to do. And project opponents like that vagueness just fine because it gives them unilateral authority to claim that the need for social licence has not been met. How can they be proven wrong since no one knows the tests that must be satisfied?

More information on the book is available here.