As federal cabinet prepares to decide the future of the Pacific Northwest LNG project, it’s vital the project be judged fairly using information that is both current and complete. 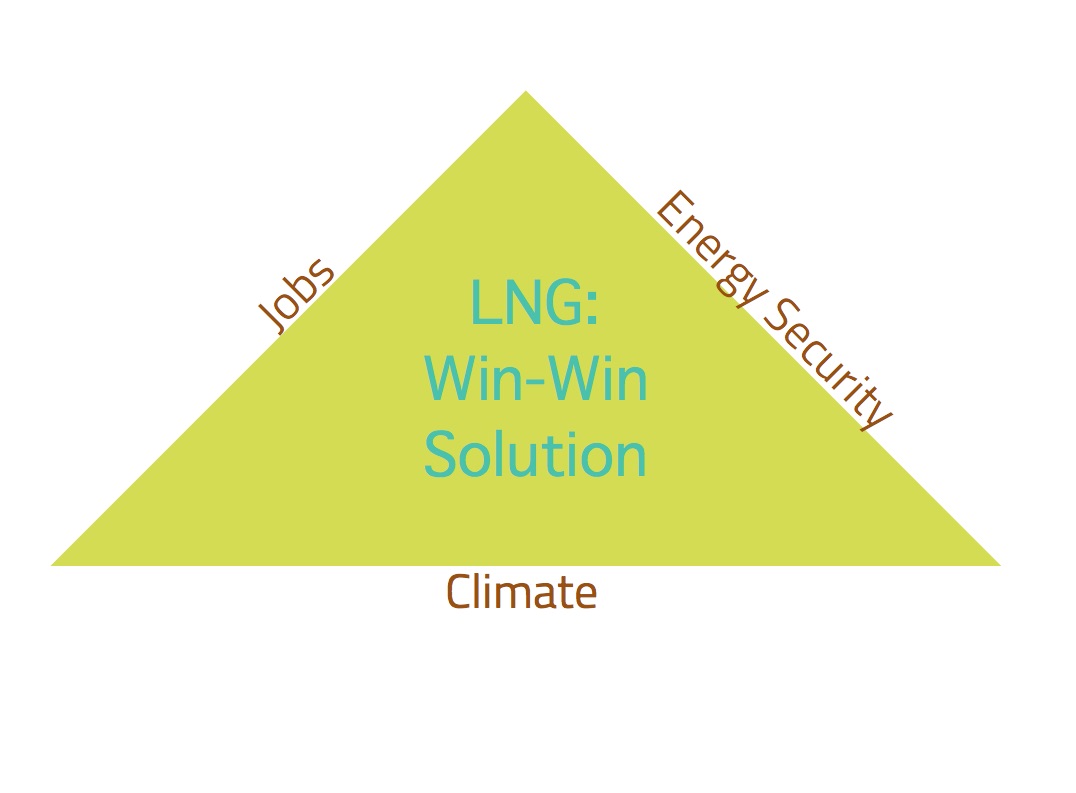 Over the past 20 years, there has been an unbroken lowering trend in the emission intensity of British Columbia’s natural gas. This is an important aspect of why B.C. liquefied natural gas (LNG) exports are sought after by countries facing climate targets as well as energy poverty.

PNW LNG at its initial build-out stage of two trains will produce between 2.5 and 3.7 MT/year of carbon pollution when all mitigation factors are considered.

Adding PNW LNG to Canada’s overall CO2 emissions would mean an increase of one half of one per cent to the nation’s 2014 total. At the customer end, lifecycle GHG emissions for B.C. LNG will be more than 20 per cent lower than those from coal produced and consumed in China.

It’s well known that LNG projects elsewhere in the world have gotten up and running quickly in contrast to Canada’s stringent, and slower, processes.

Australia’s massive Gorgon LNG project will produce 58 per cent more emissions than PNW LNG. It’s a similar story with two quick-to-market U.S. projects in Texas and Louisiana: the Freeport and Sabine Pass projects are, respectively, 53 per cent and 65 per cent more polluting.

In the case of PNW LNG, natural gas to make the LNG is being sourced from British Columbia’s Montney shale. Thanks to the quirks of geology, this gas is free of sulphur and extremely low in CO2 and as a result it is cleaner to process.

To the relief of those of us those concerned with both climate and good jobs for Canadians, it turns out there is a silver lining in not being first out of the gate.

The speed to market of U.S. LNG facilities is possible mainly because of the availability of dated facilities that could be rapidly repurposed. These brownfield projects are cheap to launch, but carry greater climate consequences.

In contrast, Canada’s oft-lamented go-slow approach has helped ensure that the proposed west coast LNG plants are new installations that have First Nations support and use the cleanest available technology.

GHG emissions intensity from B.C.’s upstream oil and gas industry declined from 0.51 CO2e/tonne of LNG equivalent production in 2000 to 0.32 in 2014, a reduction of 37 percent in 14 years.  It will drop to 0.27 for new developments using the best available technologies.

Gas production typically requires natural gas or diesel as fuel. B.C. has the potential for increased clean electrification in the Montney region, resulting in a lower carbon footprint. And new requirements to reduce methane escape by 45 per cent over 10 years mean the B.C. gas industry has satisfied another key environmental concern.

LNG is how B.C. can reach new markets for gas while our only current customer, the U.S., increases production and grows self sufficient. Canadian energy sovereignty is, as a result, at stake because we are now vulnerable to our U.S. competitors supplanting Canada’s dwindling domestic production. Meanwhile, decisions are being made in Ontario and Quebec that could limit access for western gas to the eastern pipeline network.

A win-win decision will favour the public interest via climate progress, energy security and family-supporting jobs. We can only hope cabinet is able to find a path that unifies rather than divides Canadians.