LNG in the headlines

Plane Too Close to Ground, Crash Probe Told.” “Something Went Wrong in Jet Crash, Expert Says." Yes, those are real headlines, as they appeared in two different newspapers some years ago.

Back here in BC, there are days when a headline doesn’t quite tell the story—or no two headlines tell the same story:

All those were on the same story, about the release by the Canadian Environmental Assessment Agency (CEAA) of its draft report on the Pacific NorthWest LNG project, on Lelu Island 15km south of Prince Rupert.

Each of the headlines above is, in its own way, accurate.  The CEAA report does find both pluses and minuses in the environmental impact of the project.

To evaluate those differing headlines, you might read the 244-page draft report yourself.

Then you can submit public comments, in a process that is open until March 11.

After that will come a final report and, in the end, a decision from the federal cabinet on whether the proposed $12-billion project should go ahead.

If the cabinet says yes, then Petronas and its partners will be able to make their Final Investment Decision. The Malaysian energy giant Petronas made a conditional FID last June—conditional on getting environmental approval from Ottawa.

Such federal environmental reviews are supposed to take no more than 365 days but this one now has run for almost 800 days, and it’s not quite finished yet.

Assuming a final report goes to cabinet in the spring, the politicians will also have to take into account some First Nations opposition to the project—but also some possible First Nations support for it.

Also to be considered: job opportunities and training—4,500 jobs during construction, then up to 330 continuing jobs in operations, and some 300 spin-off jobs.

Michael Culbert, Pacific NorthWest LNG’s CEO, called the CEAA report “extremely good news”, saying it validates there will not be an adverse effect to fish or fish habitat from the project. 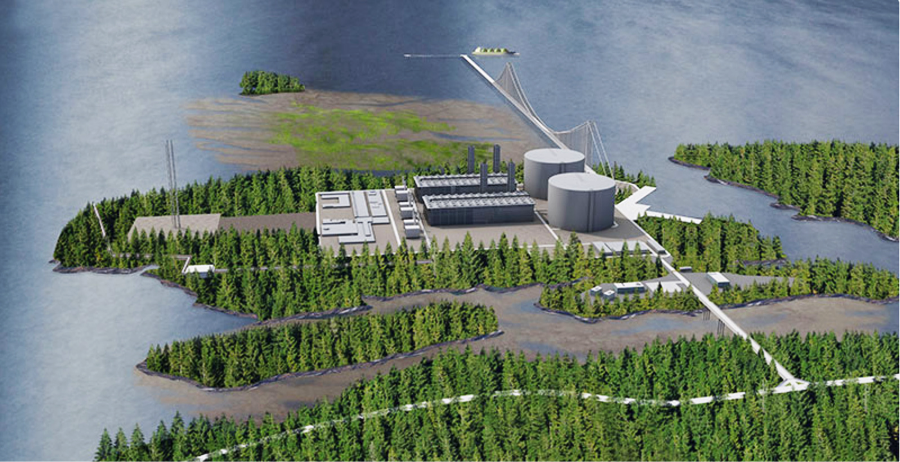 So now, it’s up to Ottawa—and to you if you care to make a brief public submission to the Canadian Environmental Assessment Agency by March 11.

Meanwhile, LNG Canada’s $50-billion plan for a Kitimat-based LNG operation has its environmental approvals from Ottawa and Victoria, and has its facility permit from the BC Oil and Gas Commission.

Its Final Investment Decision is in the cards for December, now that Shell this week completed its $53-billion takeover of the BG Group. It thus became the world's top liquefied natural gas company.