If you’ve been hearing a lot about grandiose LNG projects that will boost the British Columbia economy, that’s not surprising. What may come as news is the problem-solving ways in which this form of energy is already in use today

With 19 proposals in play along our coastline, there is no question the world is beating a path to our door to acquire a low-cost, safe, environmentally sound fuel. 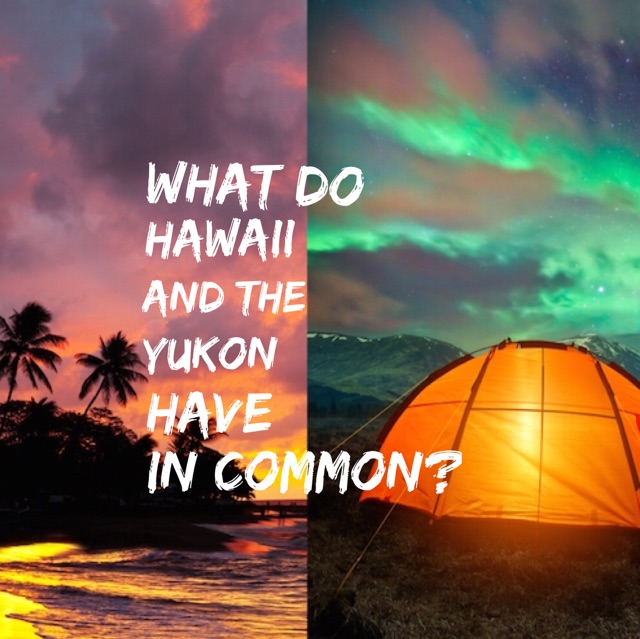 Our province has so much surplus natural gas that we can easily supply the needs of foreign nations and our own country. There is a clear line between this valuable natural resource and the social benefits that the average person can gain from it if we act responsibly.

On a broad scale, where this story ultimately goes will unfold over time. On a smaller scale, what’s fascinating is how LNG is already transforming society.

Read this commentary here at The Province newspaper's website where it originally appeared. 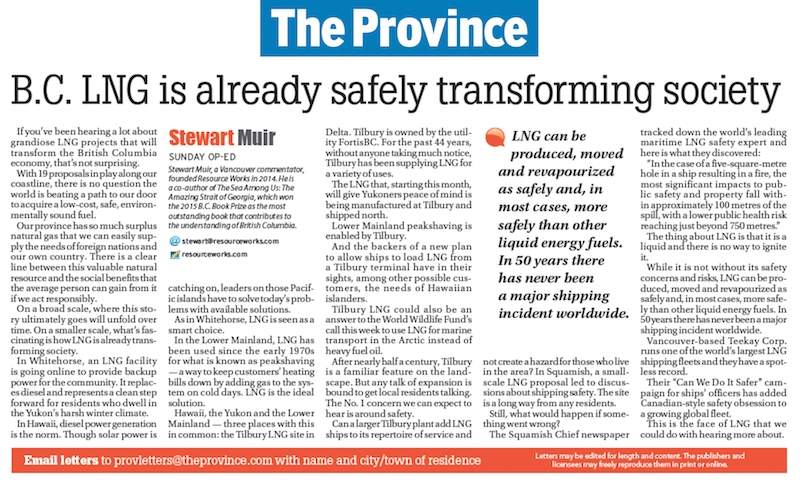 In Whitehorse, an LNG facility (pictured) is going online to provide backup power for the community. It replaces diesel and represents a clean step forward for residents who dwell in the Yukon’s harsh winter climate. 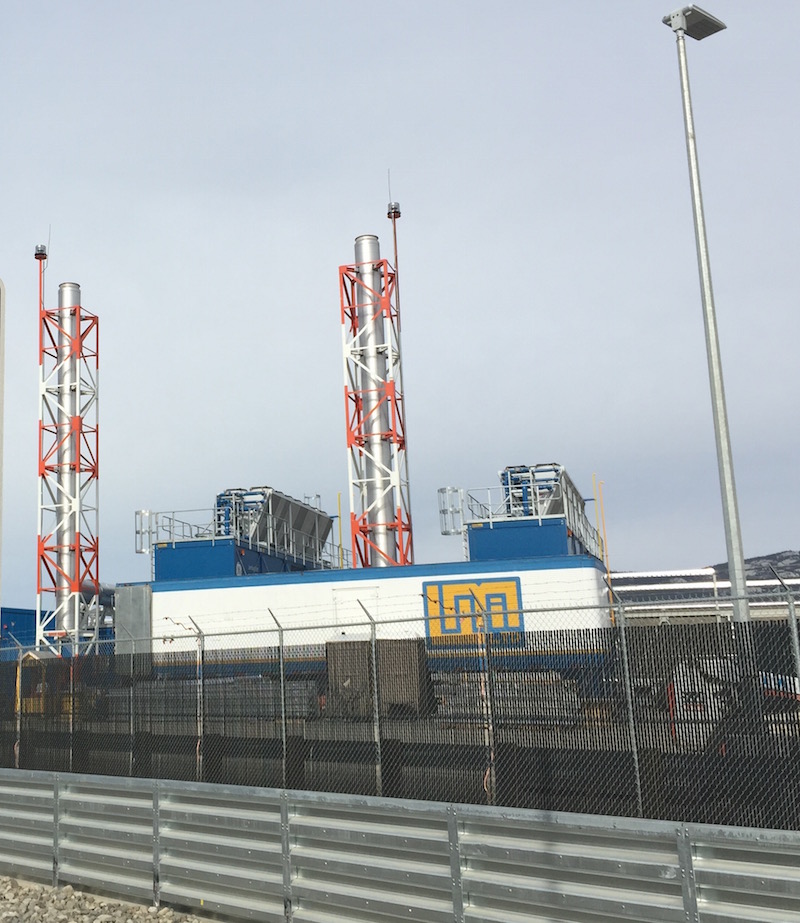 In Hawaii, diesel power generation is the norm. Though solar power is catching on, leaders on those Pacific islands have to solve today’s problems with available solutions. As in Whitehorse, LNG is seen as a smart choice.

In the Lower Mainland, LNG has been used since the early 1970s for what is known as peakshaving — a way to keep customers’ heating bills down by adding gas to the system on cold days. LNG is the ideal solution.

Hawaii, the Yukon, and the Lower Mainland — three places with this in common: the Tilbury LNG site in Delta.

Tilbury is owned by the utility FortisBC. For the past 44 years, without anyone taking much notice, Tilbury has been supplying LNG for a variety of uses.

The LNG that, starting this month, will give Yukoners peace of mind is being manufactured at Tilbury and shipped north.

And the backers of a new plan to allow ships to load LNG from a Tilbury terminal have in their sights, among other possible customers, the needs of Hawaiian Islanders.

Tilbury LNG could also be an answer to the World Wildlife Fund’s call this week to use LNG for marine transport in the Arctic instead of heavy fuel oil.

After nearly half a century, Tilbury is a familiar feature on the landscape. But any talk of expansion is bound to get local residents talking. The No. 1 concern we can expect to hear is around safety.

Can a larger Tilbury plant add LNG ships to its repertoire of service and not create a hazard for those who live in the area?

In Squamish, a small-scale LNG proposal led to discussions about shipping safety. The site is a long way from any residents. Still, what would happen if something went wrong?

The Squamish Chief newspaper tracked down the world’s leading maritime LNG safety expert and here is what they discovered:

“In the case of a five-square-metre hole in a ship resulting in a fire, the most significant impacts to public safety and property fall within approximately 100 metres of the spill, with a lower public health risk reaching just beyond 750 metres.”

The thing about LNG is that it is a liquid and there is no way to ignite it. While it is not without its safety concerns and risks, LNG can be produced, moved and revapourized as safely and, in most cases, more safely, than other liquid energy fuels. In 50 years there has never been a major shipping incident worldwide.

Vancouver-based Teekay Corp. runs one of the world’s largest LNG shipping fleets and they have a spotless record. Their “Can We Do It Safer” campaign for ships’ officers has added Canadian-style safety obsession to a growing global fleet. This is the face of LNG that we could do with hearing more about.

Stewart Muir, a Vancouver commentator, founded Resource Works in 2014. He is a co-author of The Sea Among Us: The Amazing Strait of Georgia, which won the 2015 B.C. Book Prize as the most outstanding book that contributes to the understanding of British Columbia.

This commentary article appeared originally in The Province of Sunday, June 7, 2015.