Resource Works, already recognized by UVic researchers as one of Canada’s Top 50 most influential organizations in the resource space, has now caught the attention of an American anti-tar-sands crusader writing in Rolling Stone magazine. 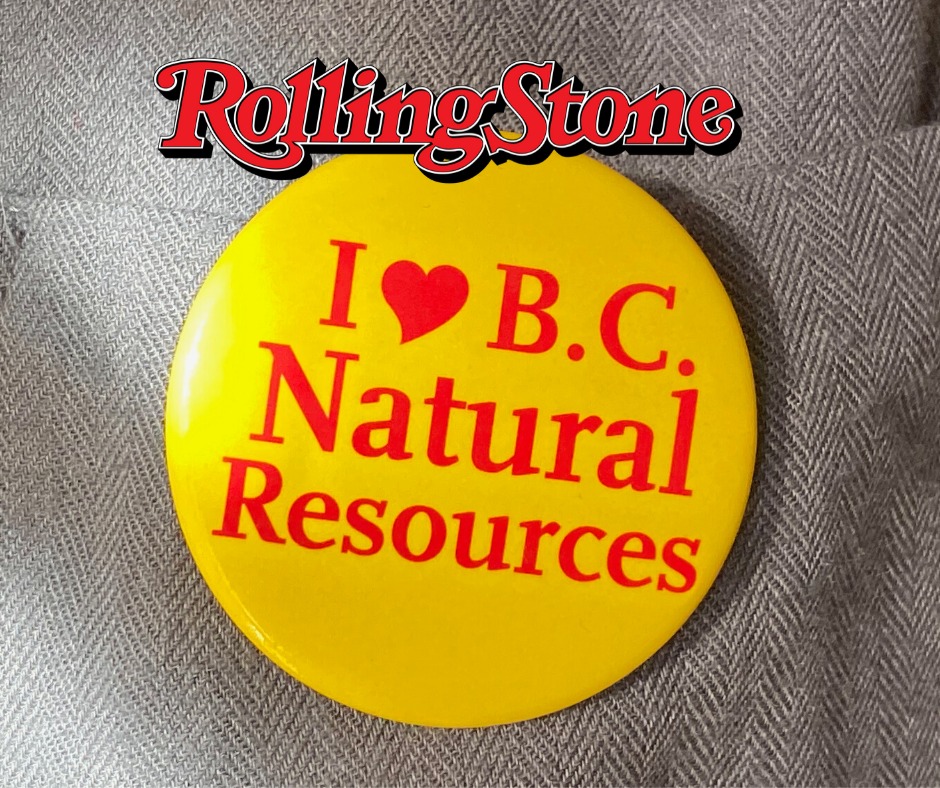 Journalist Bill McKibben has embellished his career by spinning alarming tales about the Canadian energy sector while denying the progress Canada is making with policies like carbon taxation and methane control to improve environmental performance.

Writing about the recent Michael Moore movie Planet of the Humans, McKibben quoted Resource Works director of research Margareta Dovgal after her recent radio interview on Vancouver radio station CKNW. He seemed particularly aggrieved that Dovgal pointed to the simple fact that “we’re going to need fossil fuels for a long time to come.”

Further evidence emerges daily of the truth of Dovgal's statement.

Remember how various organizations were using the collapse of oil demand during the early pandemic as evidence that humanity was now going to be able to “get off fossil fuels”?

In fact, as Bloomberg’s chief energy correspondent Javier Blas pointed out on May 18, we’re already seeing evidence that post-pandemic use of gasoline and other fuels could actually be larger than before because fearful commuters in China are deserting public transportation in favour of private motor vehicles.

Early signs like Apple’s mobility project using mobile phone data point to this as an emerging Canadian trend too: 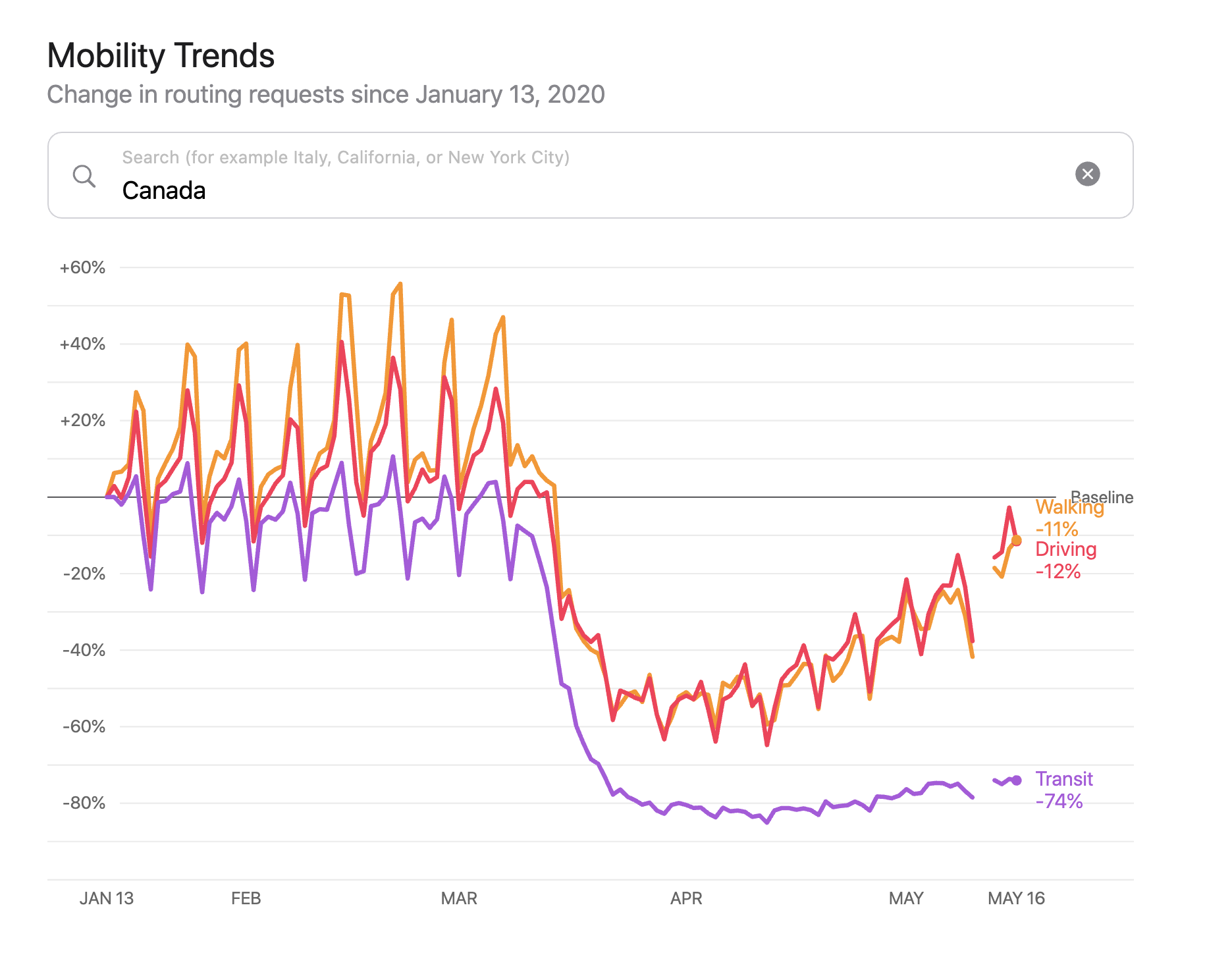 Transit use is practically flatlining despite the recent spike in driving and walking. It's plain to see that just like in China, the job of getting motorists out of their cars and onto buses and other commuter options is going to require an effort.

It seems like only a few weeks ago pressure groups were heralding the idea of a post-pandemic petroleum pivot. This idea garnered headlines for a while, even though it didn't attempt to answer even the most obvious question: "Pivot to what?" Once, again we can see that hype is no replacement for hard work.

For those devoted to the realities of environmental improvement, the effort must be not to extirpate but rather to improve. The way to do this will be by deploying sound policy, incremental but steady fuel efficiency improvements, the continuation of Canada's leading-edge ESG standards, and corporate commitment to value creation that realistically addresses the problems of humanity.

Railing McKibben-style against the evil Canadian tar sands, no matter how loudly, will have no effect whatsoever as the world's economy fires up.

Meanwhile, at Resource Works we are pleased about the recognition brought about by our years of hard work and punching above our weight. Born in the crucible of environmental conflict that is Canada’s west coast, our fact-based, community driven approach is what allows us to make meaningful contributions to improved energy and climate literacy.

The work is far from complete. Evidence abounds – such as Norway’s decision last week to showily dump holdings in some of our most progressive Canadian energy companies – that Canada has to do a better job in making sure that citizens and investors are aware of the truth of what is going on.

We look forward to being part of this unfolding story.