"We’ve got to get people thinking in the right direction — natural resources aren’t our enemy. They’re a part of our economy." 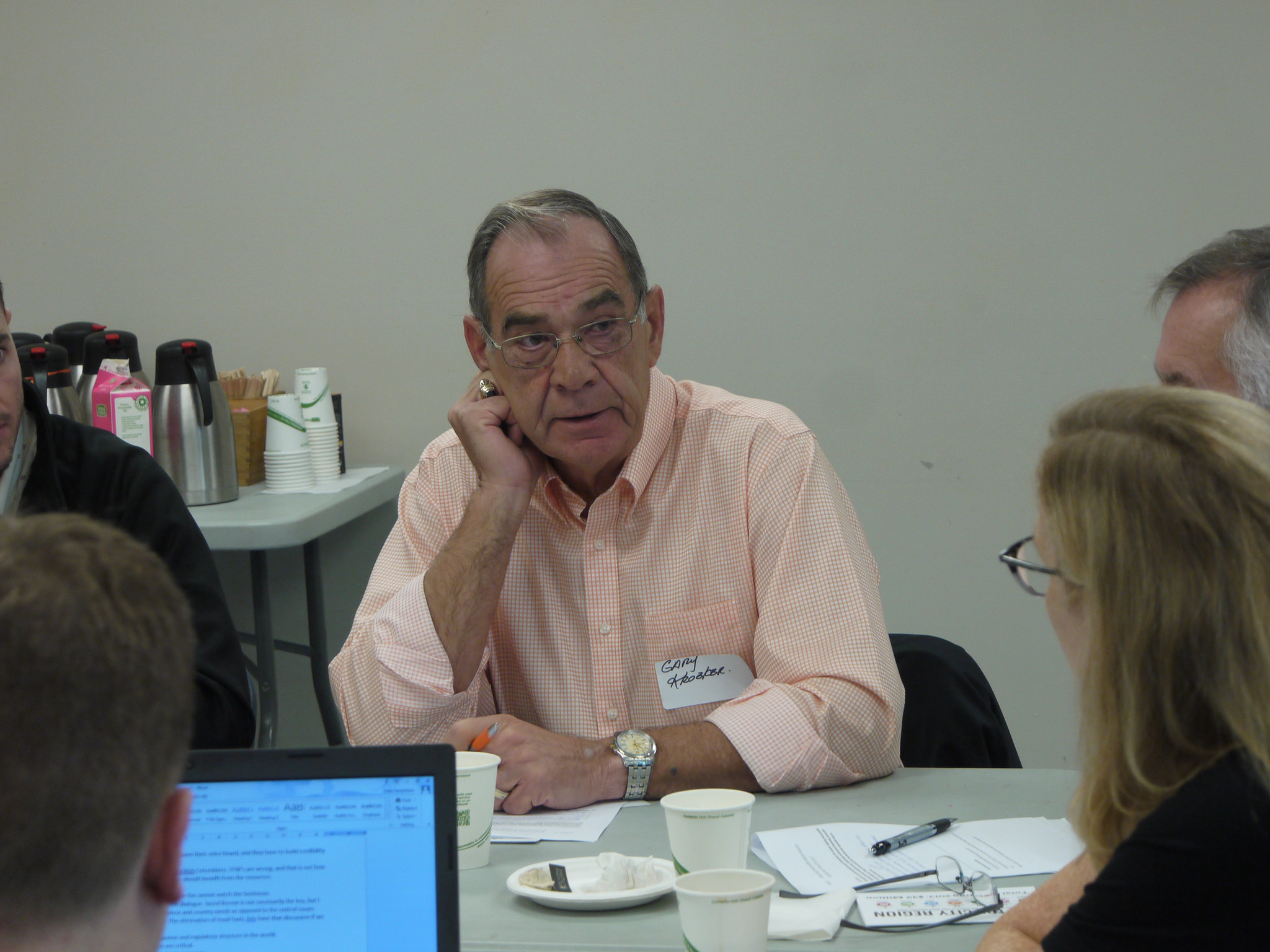 When Gary Kroeker retired a few years ago, he found it impossible to walk away from 36 plus years on the front lines of British Columbia’s debates about natural resource development and job creation for British Columbia workers.

A long-time executive with Local 115 of the International Union of Operating Engineers, he’d spent decades focusing on labour-management issues, worker training and safety, and infrastructure and resource development across the province.

Kroeker engaged with first nations, watchdogged BC Hydro projects, and served a term as president of the B.C. Building Trades Council. He has advocated for development of forest, energy and mining projects, and has provided advice to successive Social Credit, New Democrat and Liberal governments in BC.

Today Kroeker also advances the interests of the Canadian Pipeline Advisory Council, a collaboration of employer and labour organization representatives including pipeline construction craft unions and both mainline and specialty pipeline contractors. You will often find him advocating pipeline development on social media — voicing support for infrastructure proposals such as the $6.8 billion Trans Mountain Expansion Project and others that would create thousands of news jobs in B.C. during construction and the decades of pipeline operations that would follow.

In fall 2014, he attended a Community Breakfast Conversation on Natural Resources that Resource Works was putting on in Port Coquitlam to discuss the significance of resource development for all British Columbians in the weeks leading up to the November 2014 civic elections across the province.

Kroeker discovered he had a lot in common with the independent organization. Recently, he joined the advisory council, a diverse group of leaders. By doing so, he is adding his voice to that of an ever-growing number of British Columbians who recognize responsible and sustainable resource development as a cornerstone of the BC economy.

“We’ve got to get people thinking in the right direction — natural resources aren’t our enemy. They’re a part of our economy,” Kroeker said.

He supports Resource Works’ objective of making people more aware of the natural resources they rely on.

“People might not like to see a load of logs going down the road, or a pipeline being built. But at the same time they sit down at a kitchen table made of wood, or get into a car that has fuel in the tank, or turn on the lights at home. There’s a cause and effect that enables them to do all those things, and it’s a result of natural resources. Let’s not lose sight of that.

He agrees it’s important to development alternate energy sources but notes that products such as a solar panel require natural resources and large amounts of fossil fuel energy to manufacture. It’s the same story for a high-rise apartment or a highway bridge, he adds.

“It’s going to take coal, gas, oil or some other commodity to fire the kilns to make the wire to put in your solar panel or melt the silica sand to make the glass. I think people miss that.

“Look at an apartment building — go down to Tilbury Island and see how much gas they have to burn to make the concrete powder to build that high rise. I think people miss that piece of the story as well.”

Sustainable, responsible resource development is a priority for front line workers as they carry out their jobs in the resource sector, Kroeker noted.

“Information is passed along on an ongoing basis about changes to regulations and so on. It’s part of making us who we are — the best of the best — so that we can get the job done on time, on budget and safely.

“Safety is first and foremost, and the environment plays a major role in how we work. The folks that are out there building these projects also have kids and grandkids and they want to build a future for them — one that’s sustainable so that the next generations will be able to enjoy what we’ve been able to enjoy.”

For example, Operating Engineers Local 115 have their own training facility out in Maple Ridge with 30-odd pieces of equipment to train and upgrade the skills of the workers “and that’s been going on since 1965,” Kroeker said.

When the provincial government recently announced some new education initiatives for public school, Kroeker posted on social media that natural resource revenue was the likely source of funds to pay for them.

“I don’t know where we are going to get the money to be able to do the things we need to do going forward in the technological age if we don’t continue to have natural resource-based income to allow us to do that.

“We’ve got to have jobs, jobs, jobs, because there is too much reliance on other sectors that don’t pay the wages BC workers and their families need.”