Stewart Muir: When you invite opposing individuals in the resource debate to the table together, they quickly discover they tend to agree on much more than they expected

As an environmental historian, Stewart Muir's training at the Centre for the Study of European Expansion (IGEER) at Leiden University in The Netherlands was one of the first steps in a long journey to founding what is now Canada's second-most influential think tank in social media, and an increasing voice in restoring balance to environmental/economic/social conversations.

"Even back in the 1970s when we spent our summers on Hornby Island, there was the feeling that the pace of the modern world was something people were having trouble processing," said Muir in a recent interview.

"That was the era when events like Habitat in Vancouver and the idea that global cooling – yes, cooling – made the west coast [of BC] a hotbed for activism. There was Greenpeace going to Amchitka, the whaling protests." 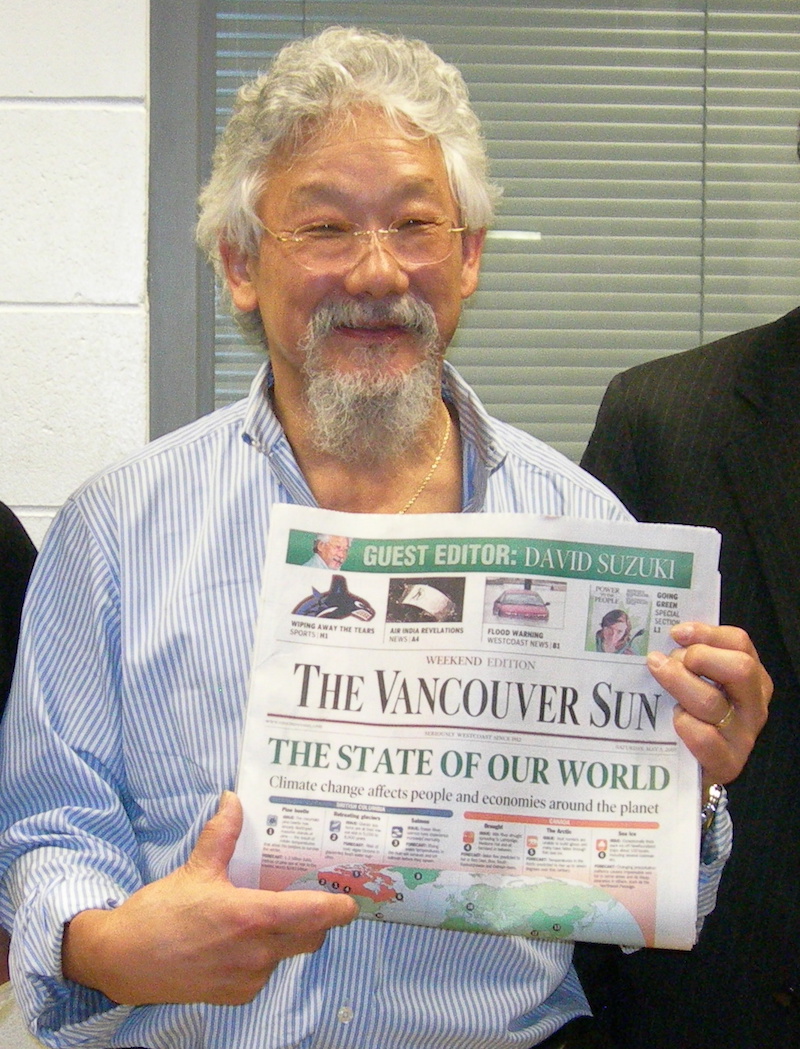 In 2007, Muir was deputy managing editor of The Vancouver Sun when he invited David Suzuki to be guest editor of the newspaper for a day.

Muir got a lukewarm response from his colleagues.

"Someone even asked me, 'Do you believe in global warming?' – but you have to remember, back in 2007 there was not the widespread awareness that there is now."

But he brought his editorial colleagues onside to the idea.

"I used to play over at the Suzukis' house after school. It was full of all these amazing biological specimens – that, plus the fact that my dad taught horticulture, was one of the things that got me interested in environmentalism."

The resulting special edition is one that is widely remembered in Canadian newspaper publishing because it was the first such project of its kind in Canada.

"As a co-author in that project, it was an opportunity to bring my own personal life experience to a better understanding of the special place that is BC," said Muir.

What does the future hold?

At a crucial time for BC's future, many activists claim they can persuade voters it is no problem to embrace a future based on reducing or eliminating the commodity exports that are the historic basis of Canadian prosperity.

Although voters respect the ideals of figures like Suzuki, without a credible economic agenda the environmentalist platform is often seen as a one-issue offering.

"A lot of environmentalists are saying 'just stop doing all this stuff and everything will be the same – for jobs, for family, for quality of life'," says Muir. "People are not buying it.

"The data says we will actually be worse off, much worse off, when exports are reduced, because without exports we have no way to pay for imports whether that is orange juice or an iPhone."

So what is the solution?

"It has to start with responsibility – respecting the environment," says Muir.

"What is needed today is a holistic movement that recognizes people and planet. Dr. Suzuki's offering sounded great in 2007, but his biggest frustration must surely be that the average citizen is still not ready for a radical lowering of living standards.

"Resource Works is about doing things responsibly – and in a way that voters will support."

Recently, The Vancouver Sun interviewed Muir about the challenges of sustaining a beneficial society in a responsible way in terms of environmental impact.

As Muir told Vancouver Sun columnist Don Cayo in a recent series about BC's energy future: "When you invite opposing individuals to the table together, they quickly discover they agree on much more than they expected." Cayo also interviewed a climate-change activist. The contrast is instructive.

The article is here (and shown below). 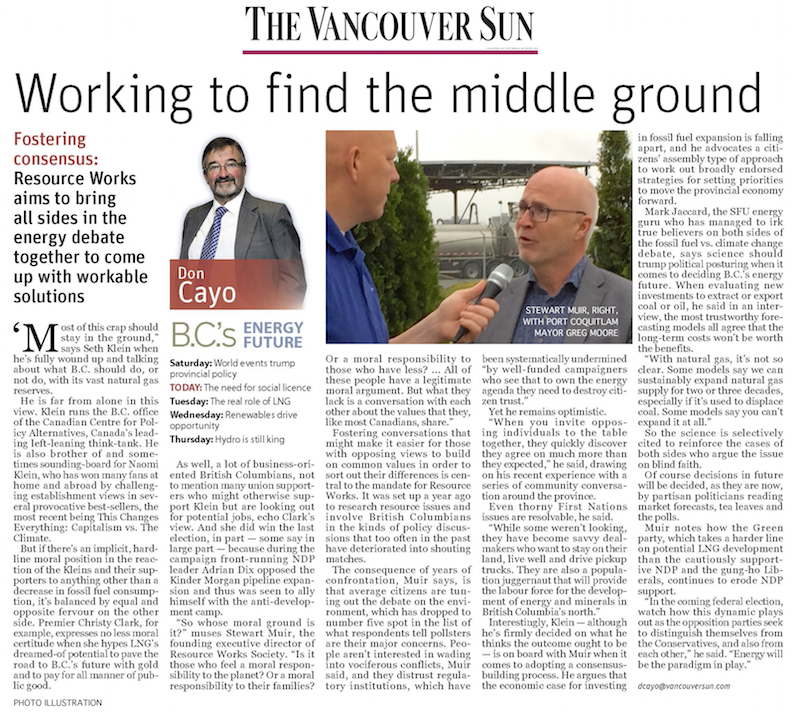