Even with low natural gas prices, and tough competition, the industry makes an outsized contribution to the province's economic health.

Natural gas prices remain low, in the $2.50 per thousand cubic feet range. North American competition has gotten very tough, with American supplies displacing Canadian production. Liquefied natural gas exports from the coast of BC seem to be developing at a frustratingly low pace. Climate change (and the policies we must enact to fight it) has zoomed to the top of the list of things that politicians have to deal with.

And yet, despite all of these challenges, new data from the provincial government supports the view that something special is happening in BC's oil-and-gas sector.

The natural gas industry has been quietly improving the story it has to tell about effectively managing water usage and water quality. Sustainability has become the mantra as companies seek to minimize their footprint on the landscape and on the atmosphere.

Government experts are saying that with lots of natural gas available at a low cost in US and Canada today, there is no reason to expect price recovery in the medium term. But if you are wondering why approximately 20 proposed projects are jostling to be the first to export LNG from the coast despite these conditions, the answer is not that they are all crazy. It is more likely to be that the decision makers are aware of the information revealed in the charts here. If you want to understand the big picture, it's well worth looking them over. 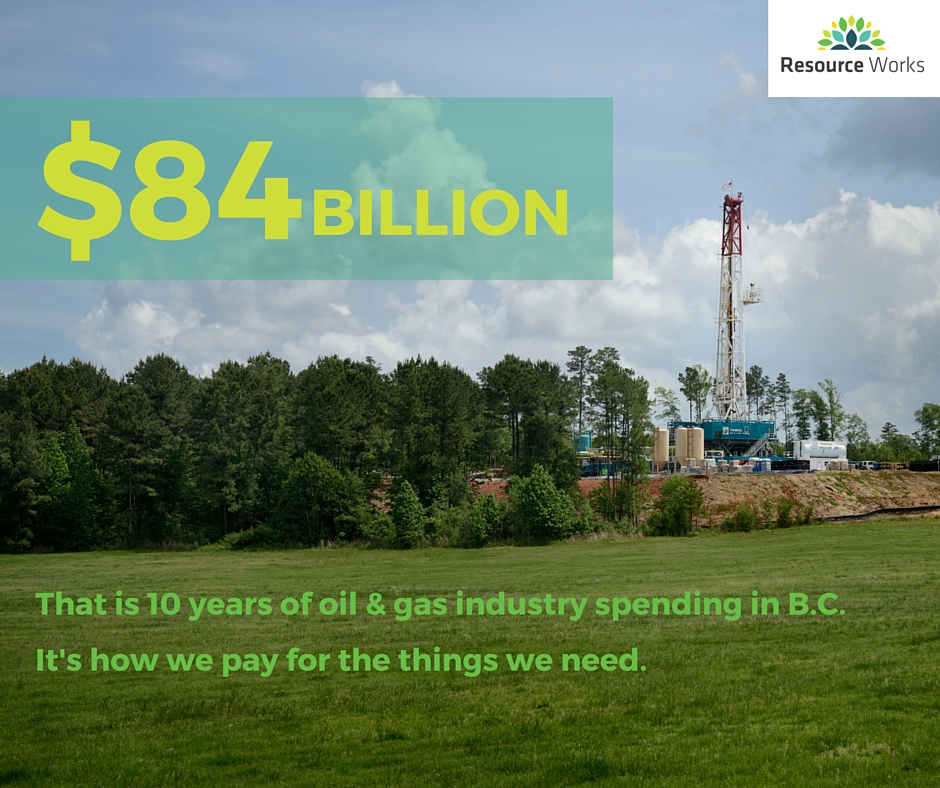 The economic footprint of BC's petroleum is gigantic. Over the 10 years from 2004 to 2013, the industry – which in BC is mostly natural gas – paid $10 billion in royalties to the provincial government. Draw in taxes and other expenditures and the total spend in the province was $84 billion. 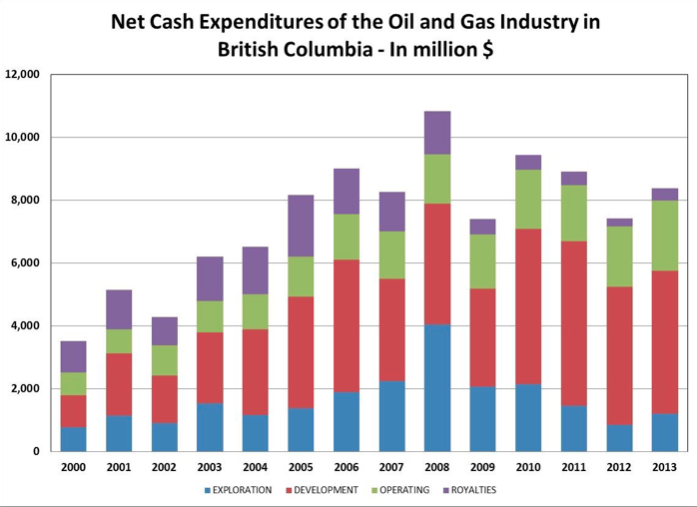 It's not just royalties. In fact, royalties are just the tip of the iceberg in today's mature industry. According to this chart from the Ministry of Natural Gas Development, the direct benefits can be shown in four categories: exploration, developing, operations and royalties. 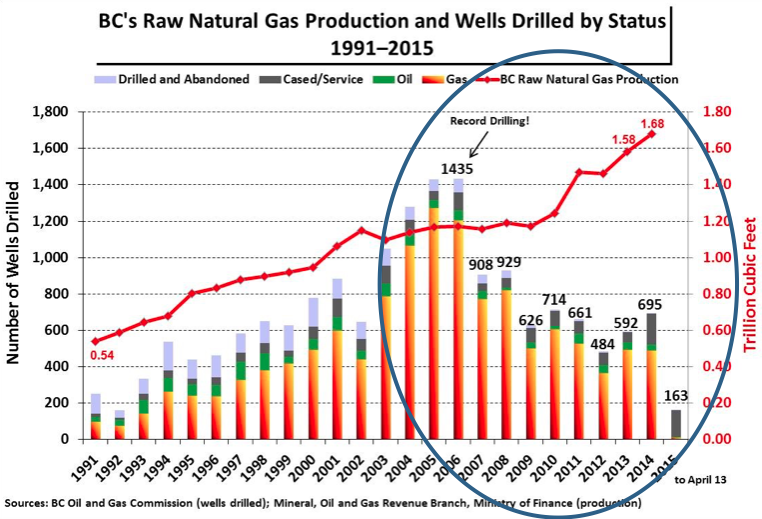 The big game changer in recent years has been the development of shale gas, which uses revolutionary technology including 3D imaging, horizontal drilling, and safe hydraulic fracturing to get gas to the surface from deep, deep underground. One big advantage is that fewer vertical wells are needed, and this means less surface disturbance. The upshot: more gas for a lower investment, many fewer wells, less potential for surface problems, and ultimately a more productive use of finite resources. 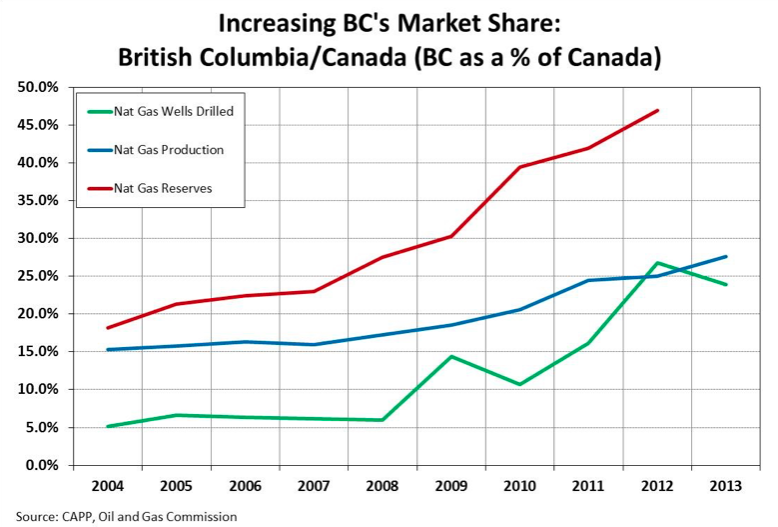 The chart above shows how shale gas has turned British Columbia into a national giant in gas production in just a few years. The province's production is now almost half of Canada's.

Charts from the Ministry of Natural Gas Development, November 2015.