Stewart Muir makes the case for Canadian LNG in this excerpt from Policy Magazine. 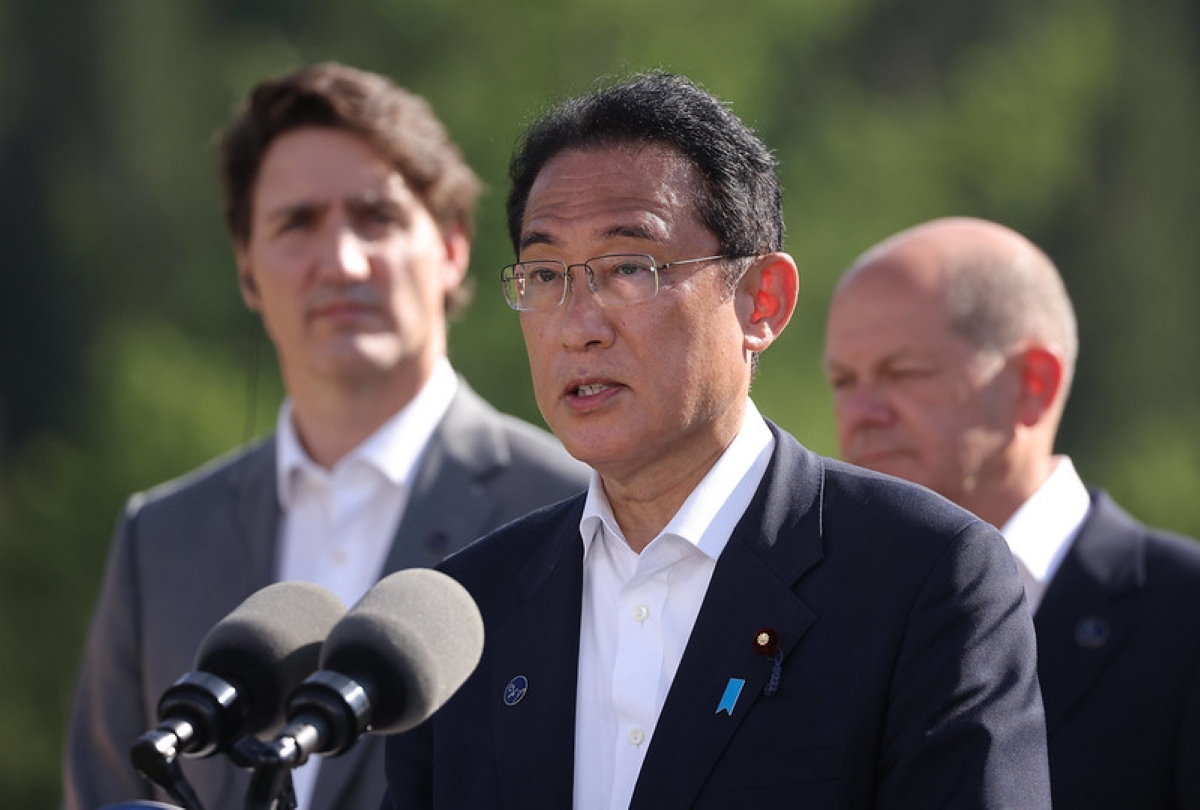 While there are those who believe that Canada can only reach its climate goals by eliminating all fossil fuel production, others argue that natural gas—including LNG—can play an important role in reducing greenhouse gas emissions on the road to net zero.

While renewables will form the foundation of a large share of GHG reductions, according to recent findings from the Intergovernmental Panel on Climate Change (IPCC), natural gas (and in particular LNG) will also be necessary in achieving the 1.5C global warming goals. Energy and environmental economist Andrew Leach of the University of Alberta recently stated that some scenarios would allow for gas usage to double from current levels.

Surely an energy source that produces any emissions at all is inherently undesirable, given the need for accelerated action? In fact, experience is showing that replacing fossil fuels with alternative energies takes many decades. Every jurisdiction will have a different path to achieve GHG reduction targets, while seeking to provide energy products at costs residents can afford. In this context, natural gas is a proven transition fuel and an alternative to higher-emitting sources, coal in particular. The best example of this is the United States. There, in 2005, coal made up 50 percent of US electricity generation before declining to 23 percent in 2019. Over the same period, US Energy Information Administration (EIA) data show, natural gas increased from 19 percent to 38 percent of total generation. This fuel switching accounts for well over 60 percent of GHG reductions in the US over this time period. The US is, ironically to some, one of the few countries close to meeting their targeted GHG reductions.

More recently, Alberta has successfully lowered the GHG profile of its electricity sector by rapidly phasing out coal and replacing it with natural gas and renewables. If this can happen in North America, it seems obvious that Canada’s abundant reserves of natural gas should be made available to other countries, with corresponding GHG reductions. Indeed, the bigger opportunity for Canadian natural gas lies in supporting similar transitions in other parts of the world through LNG exports. This is particularly true for developing countries where energy poverty is endemic and renewables, while important, require the “firm power” capacity of natural gas. Achieving energy security and meeting GHG reduction targets is entirely dependent on having access to affordable energy that also has a much lower GHG profile than coal.

Is anyone ready to refuse this pathway to those countries? This moral argument cannot be overlooked. As witnessed at the latest COP 27, developed nations that are prepared to fund climate damage reparations are also recognizing they have an obligation to share lower emissions fuels and technologies.

In the past decade, Asia Pacific nations increased their use of coal by 15 percent, at a time when all other regions are reducing their dependence or keeping increases low. Given the high GHG profile of coal, one might ask, why haven’t Asia Pacific countries already made the shift to renewables and cleaner burning natural gas? The reason is simply that there are significant cost and supply issues. Natural gas is locally scarce in many of the regions where economies are growing rapidly and there are few pipelines connecting overland to large suppliers such as Russia.

The IPCC’s 1.5C scenario is supportive of natural gas, but with the caveat that its use must be carefully managed in order to avoid negative environmental impacts such as methane release during production and transport. In this regard Canada has a clear competitive advantage, thanks to a strong regulatory regime and methane reduction programs that are world-class, while improvements in LNG ships also prevent methane release. Many other places around the world associated with natural gas development have significant methane challenges. This strengthens the basis to have Canadian LNG in the marketplace ahead of other, higher-emitting sources.

The LNG Canada plant being built in Kitimat is expected to send its first shipment in 2025, whereupon it will reduce emissions for its customers by the equivalent to 17 large coal-fired plants – a creditable contribution to climate action. Along with LNG Canada, several other terminal projects are advancing on Canada’s west coast. They include the expansion of a longstanding Metro Vancouver facility that can supply cleaner LNG as a fuel for seagoing cargo ships which otherwise must rely on more polluting diesel and bunker oil.

There has been significant interest in developing Canada’s East Coast potential as well. Back in 2014 when Russia invaded Crimea, the Standing Committee on Natural Resources was told that Canada should be thinking about how to serve shifting European energy security needs even though it would take seven or eight years to build the physical infrastructure. As Anders Aslund of the Peterson Institute for International Economics put it then: “If Canada declares that it is intent on exporting LNG to the benefit of Ukraine, that declaration on its own will have a positive impact on energy security in Ukraine and the rest of eastern Europe.” After this prescient outlook, several LNG projects were mooted but none came to fruition and here we are eight years later and little has changed. In September 2022, German Chancellor Olaf Scholz visited Canada, hoping to source LNG from the East Coast. Though he went home empty-handed, just months later his country signed a 15-year long-term LNG import contract with Qatar, to start in 2026, which points to a reliance on LNG at least into the 2040s (consistent with IEA and other studies). Trends in LNG sea carriers reinforce this: $60 billion worth of the specialist ships were on the order books in 2022.

Of Canada’s top 15 trading partners, seven of those nations (China, Japan, South Korea, the Netherlands, France, Italy and India) are also among the world’s top 10 LNG importers. With such well-established relationships already in place, Canadian LNG can more easily find a way into the energy systems of the partner country.

Importantly, Canadian LNG can also begin to play a role in the provisions contained in the Paris Agreement to use trade systems as a vehicle to drive down GHGs. There is a sense of this in the European Union’s July 2022 decision to pass the Complementary Climate Delegated Act recognizing that natural gas power plants are climate-friendly. The ITMOS Article 6 provision of the Paris Agreement provides a trajectory for liquefied natural gas to create a more rapid path to net zero for many energy-importing nations. It allows for the creation of an international market for carbon credits, where countries can buy and sell emissions reductions and removals to help meet their climate goals, resulting in a more rapid path to net zero. This allows for the benefits of transitioning to LNG to be recognized and rewarded, providing additional incentives for its adoption.

Years of leadership in climate policy by Canada is giving our LNG an advantage at a time when markets are hungry for the lowest-GHG natural gas possible. Energy consultancy Wood Mackenzie stated that LNG shipped from Canada to Northeast Asia will have a significantly lower climate footprint than what is supplied by current mega-producers in the US, Qatar and Australia.

LNG is not the only thing Canada can supply that will hasten climate action – critical minerals and energy metals needed for EVs are a huge growth opportunity – but it is quite significant.

Canada’s potential position as a major LNG exporter allows us to have an out-sized positive impact on global climate. Critical to energy transition dialogue in Canada is that this opportunity for LNG exports can also be a significant driver of climate-positive Indigenous reconciliation. This fact is not lost on the scores of First Nations actively engaged in, and leading, the gas and LNG economy.

There are only seven years left until 2030 and the ambitious decarbonization targets set for that year. As an alternative to a perpetual sense of disillusionment, it’s time for the facts to speak clearly. The use of LNG can help us move in the right direction towards achieving climate goals even if it is not a complete solution. The false dichotomy of “only renewables” and “phasing out natural gas as fast as possible” is clearly debunked both by past success of natural gas replacing coal and the reality of energy transitions around the world.

Investing in LNG and natural gas infrastructure not only makes environmental sense, but also economic sense. It will allow Canada to capitalize on our vast resources and position us as a leader in the global transition to a lower-carbon future by ensuring that hydrogen and renewable gas emerge reliably and quickly, an outcome that is at risk if innovators in the gas industry are told there is no future for them here. We can and must reject the misguided notion of phasing out natural gas, and instead embrace its potential to help us achieve climate goals. It’s more likely that skipping LNG and gas would make it impossible to attain net zero goals. The argument in support of developing LNG checks all the climate action boxes.

Stewart Muir is a cleantech entrepreneur, award-winning journalist and founder of the Resource Works Society. He has been following the Canadian LNG story closely since 2011. This article is an excerpt from Policy Magazine, vol. 11 issue 1.