"Where does your money sleep?" First Nations panelists challenge B.C. businesses at Nation2Nation Forum in Vancouver

Initially established in North East British Columbia, the forum was in Vancouver for the first time. Mission: to bring together those interested in pursuing and supporting First Nations business opportunities. 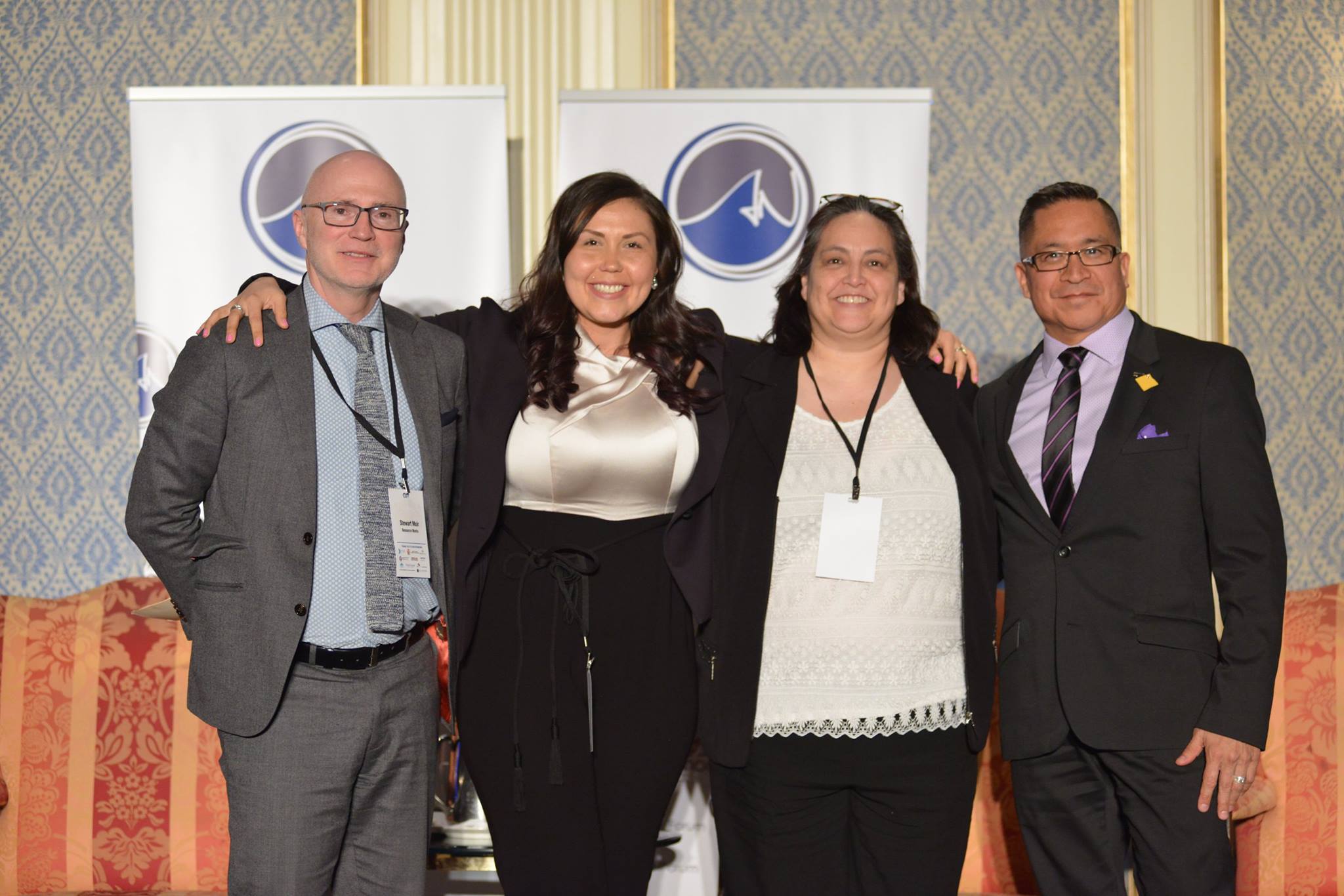 Companies that want to do business with BC First Nations have to ask themselves fundamental questions like "where does your money sleep?" and be prepared to invest the time to build meaningful relationships with aboriginal communities if they hope to build major projects on Indigenous lands.

That was the message coming out of the "Governance Options and Economic Impacts" panel at the Nation2Nation Forum in Vancouver moderated by Resource Works Executive Director Stewart Muir.

The panelists agreed companies hoping to get First Nations buy-in to projects like pipelines, mines and other natural resource developments need to invest upfront in an engagement strategy that recognizes traditional aboriginal power structures and ways of doing business.

"Companies have deadlines, agendas, stakeholders and investors that they need to answer to. That’s not our governance structure.

Our governance structure is about taking care of the land, taking care of our Elders, honouring our ancestors. They're different, so how do we find those ways to work together and make that project mutually beneficial?"

Davis was one of four panelists at the session held on March 30. Davis, Chair of the Minister’s Advisory Council for Aboriginal Women, was joined by Karen Joseph, CEO of Reconciliation Canada and Chief Joe Bevan of the Kitselas First Nation, head of the First Nations Major Projects Coalition.

The panel identified some key differences in the First Nations approach to business and that of mainstream corporations. Davis said one mistake companies often make is to limit their relationship-building in a First Nation community to the elected chief and council.

"I think it’s beneficial for companies to start broadening that relationship and start looking for the leaders that don’t have mainstream titles, like our Elders, our knowledge-holders, people who have dedicated their lives to being out there on the land – our artists," Davis said.

"All of those answers about how to do business and how to create meaningful relationships and meaningful impact benefit agreements, your answers lay within that community and with each of those community members."

Joseph agreed that the key to greater participation by First Nations in the economy and cooperation with companies wanting to do business with aboriginal communities is building meaningful relationships and hiring people from within the community as guides to the political landscape.

"The concept of meaningful relationships is integral to advancing some level of shared prosperity within this province and within this nation," Joseph told the audience packed into the ballroom at the Fairmont Hotel Vancouver.

"I hear the word 'respectful' a lot. I can be in a respectful relationship, but that doesn’t necessarily mean it’s meaningful and that there’s reciprocity to the relationships that we’re establishing with one another."

Bevan said First Nations also have to work hard to educate their people about what the pros and cons of a particular project are and seek independent, expert advice to inform their decisions. He said that can be difficult for smaller First Nations with limited capacity to deal with major projects.

"Some of these folks who are chief and councilors represent only 60 people – you can imagine it's one chief and one councilor and you throw four, four-inch binders full of information in front of them and say, 'Here: in 45 days, make a decision, tell us what you think.' They didn’t know where to start," said Bevan.

Bevan said the First Nations Major Projects Coalition works to level the playing field so that First Nations large and small can realize the benefits of resource development in their traditional territories. The coalition represents 31 First Nations in a corridor from the northeast to the northwest of the province. He advocates First Nations "get a seat at the table" for any project proposed for their territory.

Bevan added that political and economic conditions in Canada are right for First Nations to work with industry and government to change their business relationship.

"I think we have a great opportunity to change the way we do business," said Bevan. "We have an opportunity right now to change it, so let’s work together and change it.”

Joseph said part of that change should be a recognition by business that First Nations in BC have always been entrepreneurs. She said corporations dealing with First Nations should take a page from aboriginal-run businesses that are cooperative and keep the money they earn within Indigenous communities.

"We started to ask the question, ‘Where does your money sleep?’ These large corporations have a vast amount of resources and we’re talking about them dabbling into these resource areas, but where does their actual money sleep?" she said.

"When you’re looking at those cooperative models, the money actually sleeps in the community. And do those companies actually let their money sleep in those communities so they can benefit from those kinds of resources?

She said there' s an opportunity to create a hybrid business model that incorporates both First Nations and Western values that "doesn’t affect the bottom line."

Bevan said having that sort of cultural sensitivity and relationship with First Nations communities will help to prevent scenarios where a project appears to be headed for approval and implementation only to hit an 11th-hour road block. But he said First Nations should show initiative in bringing hereditary chiefs, Elders and other non-elected decision-makers into the process.

"We have to work at getting our political house in order as well as our financial house. Having that conversation with your hereditary chiefs prior to engaging business... you should have their blessing prior to starting," said Bevan.

"You have to remember those hereditary chiefs have title to the land. That’s what gives us our aboriginal rights and titles. So we should be consulting with them first before we talk to industry."

Earlier in the afternoon, Bevan was front and center at an announcement unveiling at a $13 million benefit agreement between the province and his Kitselas First Nation to support liquefied-natural-gas export projects in their tradition territory near Terrace.

The Nation2Nation Forum brings together First Nations, Government, Industry and community leaders to continue the conversation about economic and resource development and doing business with First Nations. The Vancouver forum was co-sponsored by Resource Works.