A First Nation searches for opportunity through responsible resources

Eva Clayton, president of the Nisga’a Nation, told senators recently that federal tanker ban Bill C-48 undermines the principles of self-determination and environmental management that lie at the heart of the Nisga'a Treaty. 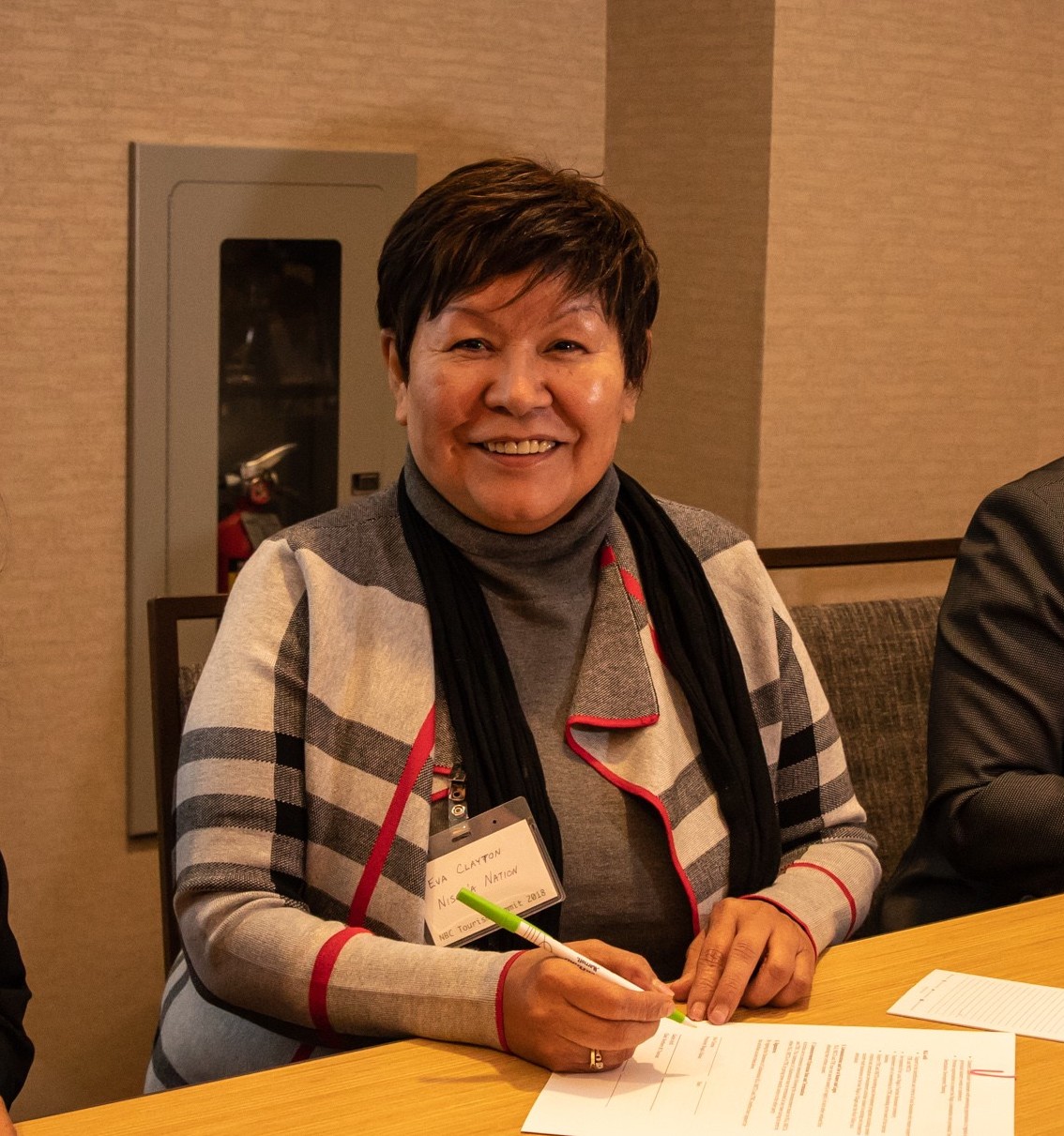 The following is the statement she gave to members of the Standing Senate Committee on Transport and Communications when it met in Terrace on April 17, 2019.

Thank you, Mr. Chairman. Chair, members of the committee, senators, I would like to begin by expressing Nisga'a Lisims Government's appreciation to the committee once again for inviting me to appear before you on behalf of the Nisga'a Nation.

The Nisga'a Nation does not support the imposition of a moratorium that would apply to areas under our treaty. We believe that Bill C-48 flies in the face of the principles of self-determination and environmental management that lie at the heart of the Nisga'a Treaty. I will provide more details on why the Nisga'a Nation is opposed to this legislation as currently drafted, but I would like to begin with a little bit of background on the Nisga'a Nation.

The Nisga'a Treaty was the first modern-day treaty in British Columbia. It was also the first treaty in Canada, and perhaps the world, to fully set out and constitutionally protect our rights to self-government and our authority to make laws over our land and our people.

Under the Nisga'a Treaty, we have substantial rights over the Nass area, which encompasses over 26,000 square kilometres in northwestern British Columbia. We also own and have legislative jurisdiction over approximately 2,000 square kilometres of land in the Nass River Valley, which is known as Nisga'a lands.

When our treaty came into force on May 11, 2000, after more than 113 years of struggle, the Indian Act ceased to exist, and it ceased to apply to us. For the first time, our nation had the recognized legal and constitutional authority to conduct our own affairs.

It is in this context of seeking respect for our modern treaty that we come before you today to express our concerns about Bill C-48.

This legislation was introduced without any discussion about the significant implications it would have on the Nisga'a Nation and the Nisga'a Treaty. Discussions were limited to preliminary ideas about various approaches to protecting the coast, potential geographic extent of the legislation, and what products may be covered by the legislation, all in highly hypothetical terms.

In the weeks that preceded the introduction of Bill C-48, we urged the minister, his Cabinet colleagues, and staff that the moratorium must not be introduced before the implications on our nation and our treaty were well understood and that the moratorium should not cover our treaty area. Despite these efforts, our appeals fell on deaf ears, and the legislation was introduced without any further dialogue with the Nisga'a Nation.

This lack of consultation and the failure to assess the implications of the proposed legislation on our treaty is contrary to the expectations of the Assessment of Modern Treaty Implications process that was set out in the 2015 Cabinet Directive on the Federal Approach to Modern Treaty Implementation, which is the government's own process for ensuring treaty commitments are honoured in policy processes.

Clearly, consultation on this legislation fell short of what would be expected between treaty partners. We believe that it is clear that this Bill C-48 undermines the principles of self-determination and environmental management that lie at the heart of the Nisga'a Treaty. Moreover, this legislation is not based on scientific evidence. It does nothing to protect sensitive ecosystems on the west coast and represents an arbitrary choice of one coastline over others.

We aspire to become a prosperous and self-sustaining nation that can provide meaningful economic opportunities for our people. This aspiration is reflected in our treaty, which sets out Canada's, British Columbia's, and the Nisga'a Nation's shared commitment to reduce the Nisga'a Nation's reliance on federal transfers over time. The Nisga'a Nation takes this goal very seriously; however, it stands to be undermined by Bill C-48. Our future prosperity and ability of our people to enjoy a better quality of life requires the creation of an economic base in the Nass area that meets the requirements of our treaty. This is the first priority of our government.

In the 19 years since our treaty came into effect, we have successfully negotiated many environmentally sound agreements in the mining, hydroelectric transmission, and liquefied natural gas sectors. Unfortunately, the economic climate in northern B.C. is poor, and few of these projects are underway. The economic opportunities to be gained from many of these agreements have not yet been realized. We want to be well-positioned so that, when economic conditions change, the provisions of our treaty can be employed to enable our nation to consider whether an environmentally sound approach to export project development is possible.

Our treaty includes comprehensive provisions for environmental assessment and protection over the entire 26,000 kilometres of the Nass area. These, and other provisions under our treaty, have opened the door to joint economic initiatives and the development of our natural resources within the Nass area. They ensure that the necessary balance between building a strong economy and protecting our lands and waters are achieved. Allowing the provisions of our treaty to assess any potential project on its merits would ensure that scientific evidence plays an essential role in assessing impacts and informing decision-making, instead of the current approach, which unilaterally and arbitrarily enacts a blanket tanker ban over a particular region of Canada.

In conclusion, I would like you to know this: the Nisga'a Nation has never and will never support a project that could result in devastation to our land, our food, and our way of life. We have attempted to persuade this government to preserve the opportunity for the Nisga'a Nation, Coastal First Nations, and local communities to work with the government to assess any future proposals and their scientific merits and to ensure that we maintain our ability to have a meaningful say in what happens on our lands and in our region.

We regret that, on this issue, which has such immense implications to the Nisga'a Nation and to all Canadians, the government has proceeded without any meaningful accommodation for the Indigenous people that have the most to lose.

We urge you in the strongest possible way to consider amendments to this legislation that would reflect Canada's commitment to the Nisga'a Treaty. Amending the northern boundary of the moratorium to exclude the Nass area and the Nisga'a lands would meet this commitment.

We believe that there is a way forward, using the positions of the Nisga'a Treaty in conjunction with Canada's robust regulatory processes, to allow Canada to achieve the objectives of the proposed moratorium without interfering with the Nisga'a Nation's rights under the Nisga'a Treaty.

Our government is committed to creating an economic base in the Nass Valley that meets the requirements of our treaty. It is the first priority of our government. We will not continue to see our way of life eroded and to consign our children and grandchildren to a way of life without meaningful opportunities, particularly in the face of a policy decision by a government that is contrary to our interests. Under our treaty, the Nisga'a Nation decides what we do. With that, thank you.

See the presentation by Resource Works executive director Stewart Muir to the same Committee at this link.