Are risks associated with LNG in eye of beholder?

For the first-time visitor to Osaka's Kyocera stadium, the three gigantic spheres a stone's throw from the gates look, fittingly, like gigantic baseballs. Inside them is a highly flammable substance – yet nobody seems to mind

At a recent baseball game featuring the Osaka Tigers and the Orix Buffaloes, fans were treated to a uniquely Japanese style of play accompanied by the raucous cheers of what are surely among the world's most ethusiastic sports fans.

What the fans were not making any noise about at all were the three immense propane containers located on the grounds of the Osaka Gas Company right beside the stadium. Although propane is potentially more hazardous than other forms of natural gas, because it is a heavy gas that pools at ground level, the presence of the holding tanks was of no more significance than passing trains and other human activities also going on close by.

I took these photos during a recent trip to Japan. It was intriguing to me because, at the same time, like many British Columbians I am aware of public concerns here about potential safety hazards created by the shipping of natural gas in a liquefied form. Here at home, the shipping routes proposed are largely through industrial or sparsely inhabited areas. 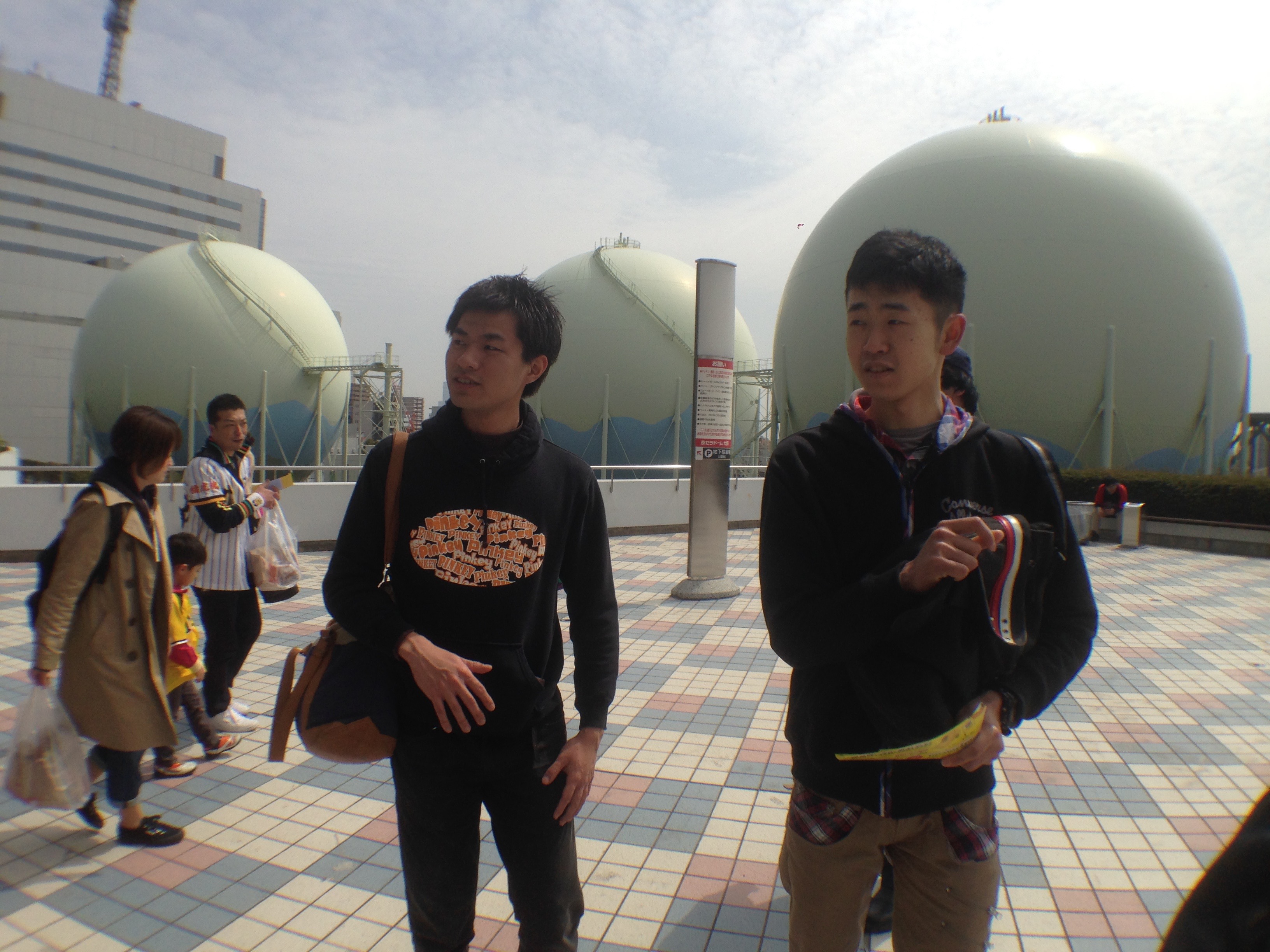 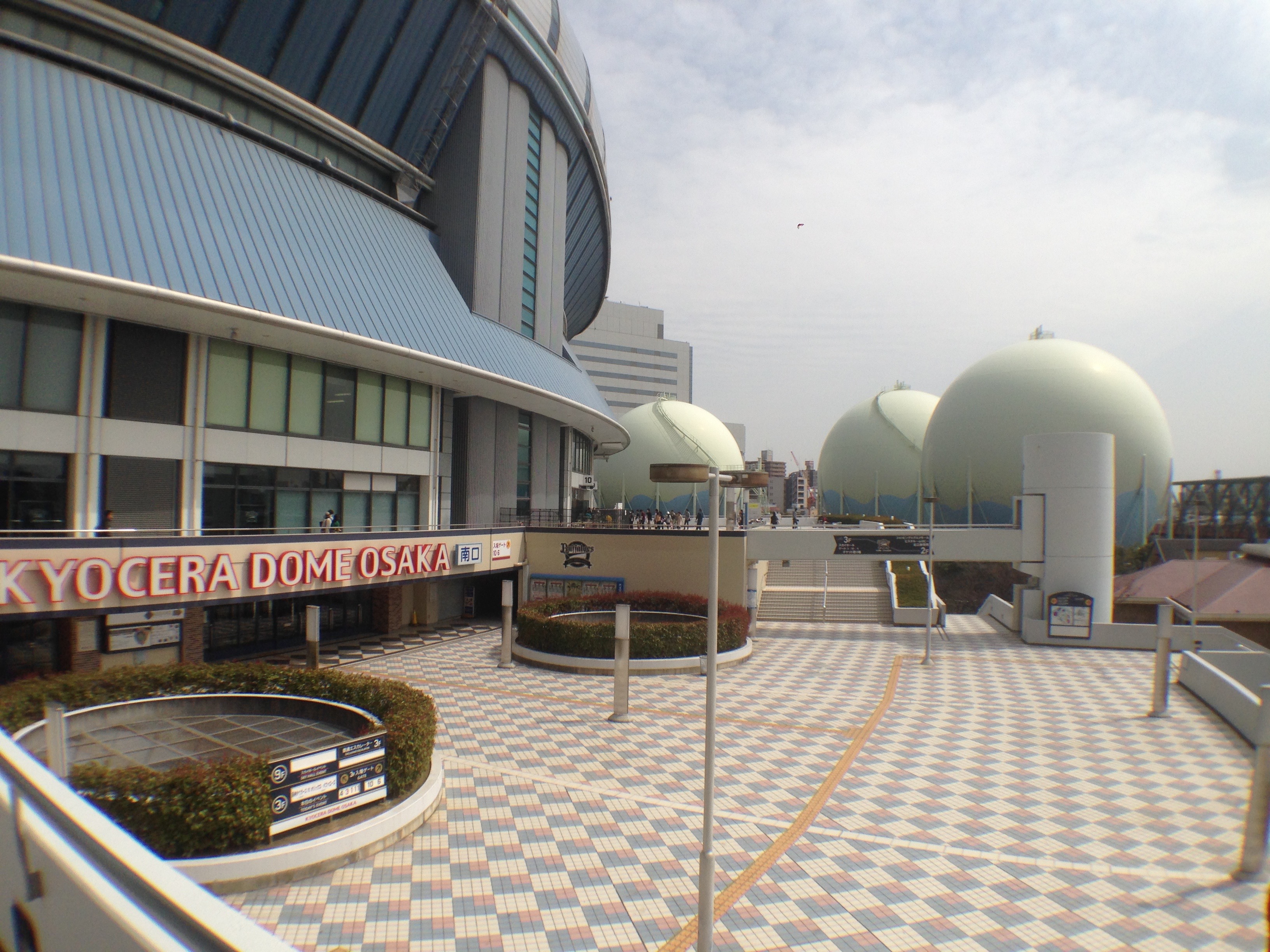 We have heard from a recognized expert that LNG is a very safe form of natural gas that is difficult to combust and would pose, in worst-case scenarios, low risks to people. In at least eight places in the world, the Resource Works Citizen's Guide to LNG found that LNG is transported by sea to be handled at terminals located in densely populated urban areas.

So why are some groups so concerned about shipping LNG from an expanded, 44-year-old LNG facility on the North Arm of the Fraser River in Delta?

Recently, I had the chance to ask a Japanese natural-gas executive why he thought baseball fans in Osaka were so blasé about the location of gigantic, potentially explosive tanks beside their stadium.

He reflected before delivering his thoughtful reply. "It is because propane, to Japanese people, means being a modern nation," he said.

"We did not have energy sources of our own as we modernized. People embrace this energy source and that is why it is a natural part of the landscape at the stadium."

Concerns about LNG probably also stem from the fact that overseas trade in Canadian gas is a new activity. Until now, all our natural gas sold abroad has gone (by pipeline, not ship) to a single destination: the United States.

When you actually start to look around British Columbia urban areas, what's striking is that there are potentially explosive fuel sources all around us. At Costco, for example, consumers think nothing of lining up, with children in tow, to have their barbeque propane tanks refilled from a giant holding tank. 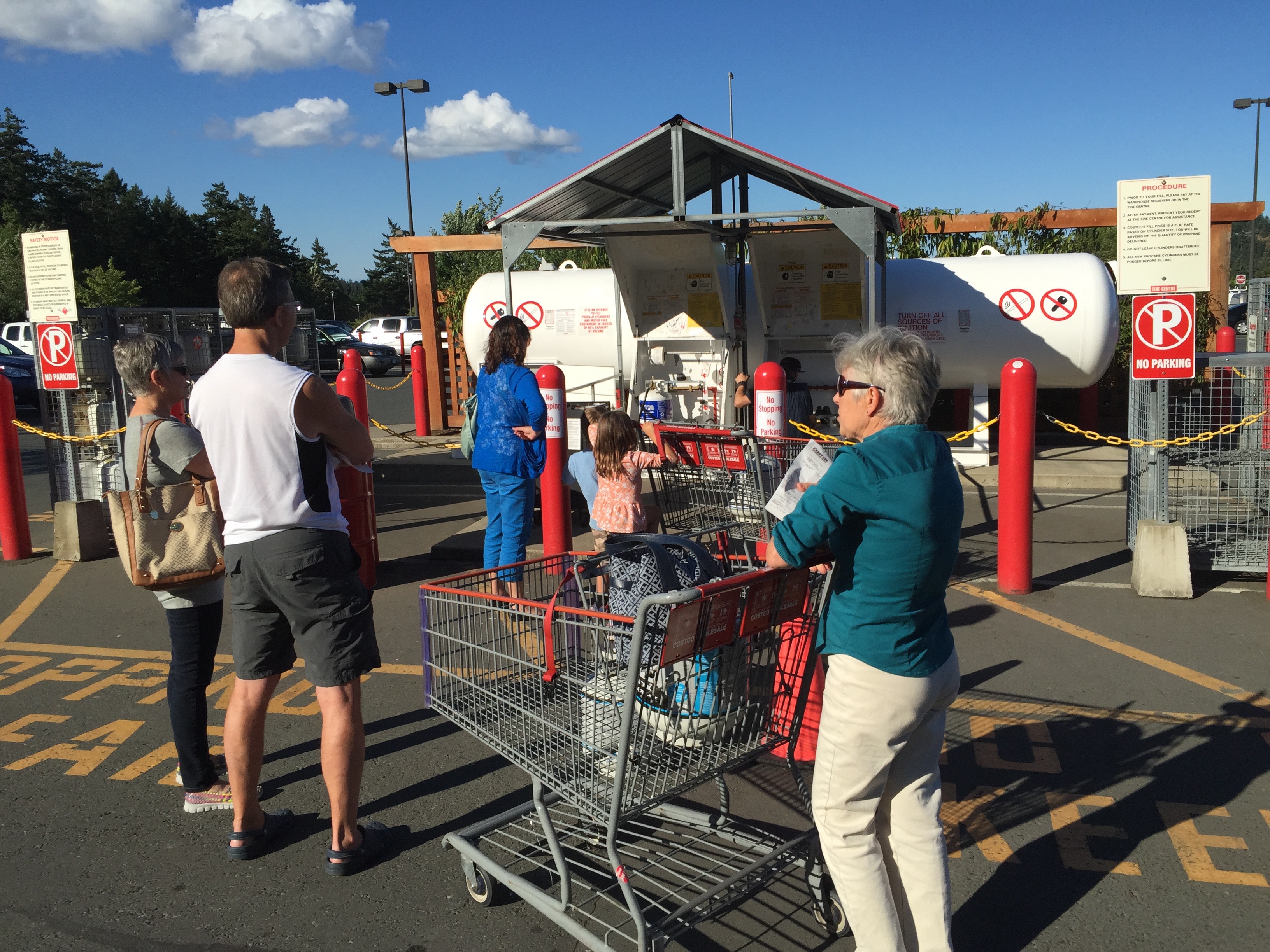 As the attendant fills the tanks, cars containing tanks full of potentially explosive gasoline drive past, and nobody bats an eye. 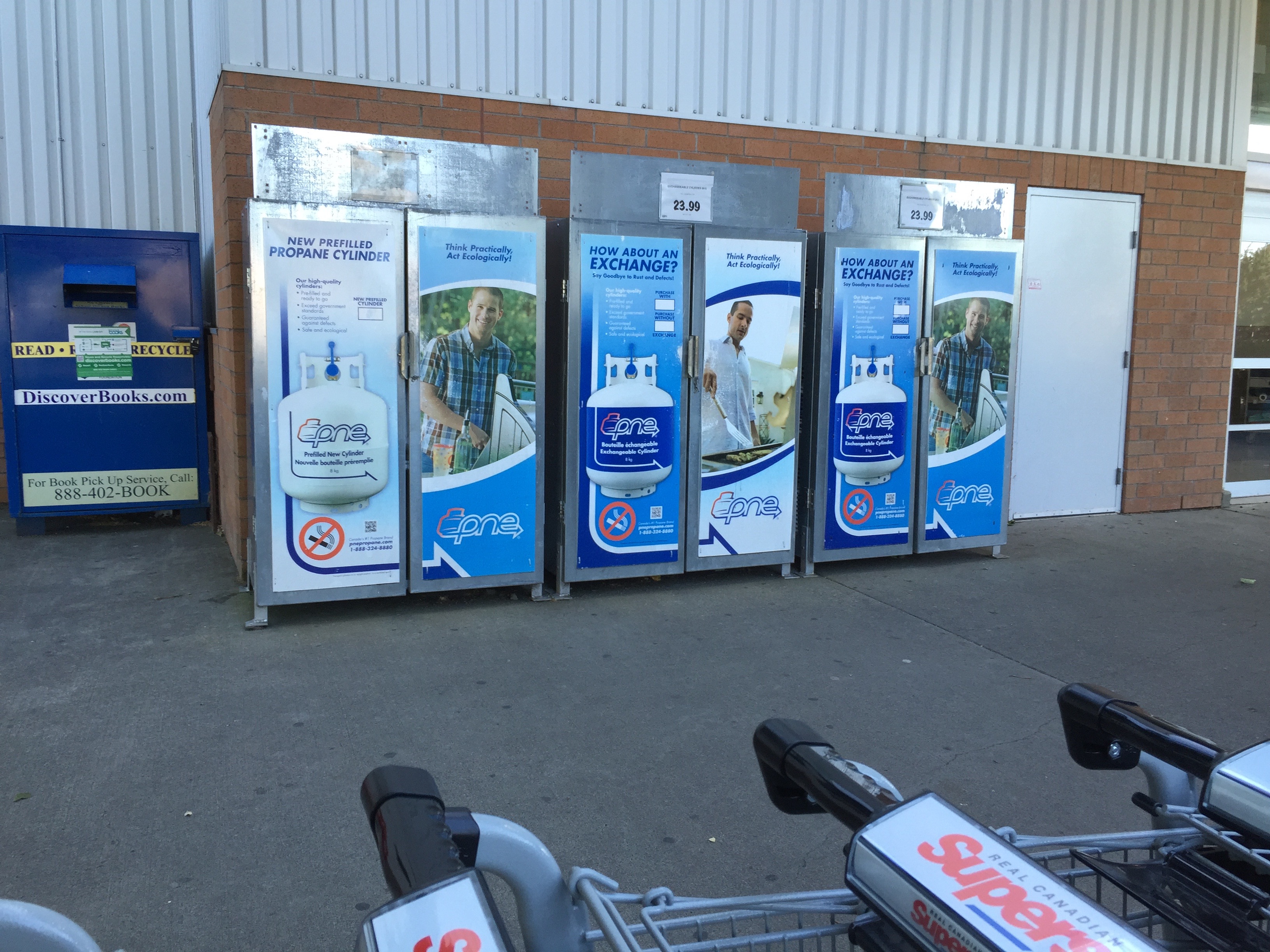 Elsewhere, retailers exchange empty propane tanks for full ones using storage lockers onsite. What if some person bent on evil decided to do harm? That question did not seem to bother the shoppers who were walking past the pictured propane-tank locker on the day I took this photo.

LNG has been shipped by sea without major incident since 1964. For our Citizen's Guide we tried to find any incidents that had not been reported, to no avail. We're also aware there is a vigorous lobby arguing that LNG ships will inevitably "blow up" creating catastrophic damage to those nearby. The evidence for this assertion could not be validated.

Any use of fossil fuels creates additional issues, not just of safety, but of environmental protection. This is another area that has drawn legitimate public questioning.

Over time, it's to be expected that where LNG is located near urban areas in British Columba, local residents will eventually regard it as a neutral part of the landscape, just as they do the propane tanks at Costco and Superstore. As with propane in Japan, the presence of LNG exports will likely also come to be associated with a prosperous, modern existence in a nation where real risks are managed through sound laws and regulations carried out by competent professionals.