With B.C. forestry "on pause" because of investment threats, what's at risk for a way of life?

Forestry is typically associated with rural settings. Yet 40 per cent of jobs supporting the $13 billion industry are in the Lower Mainland and Southwest British Columbia. 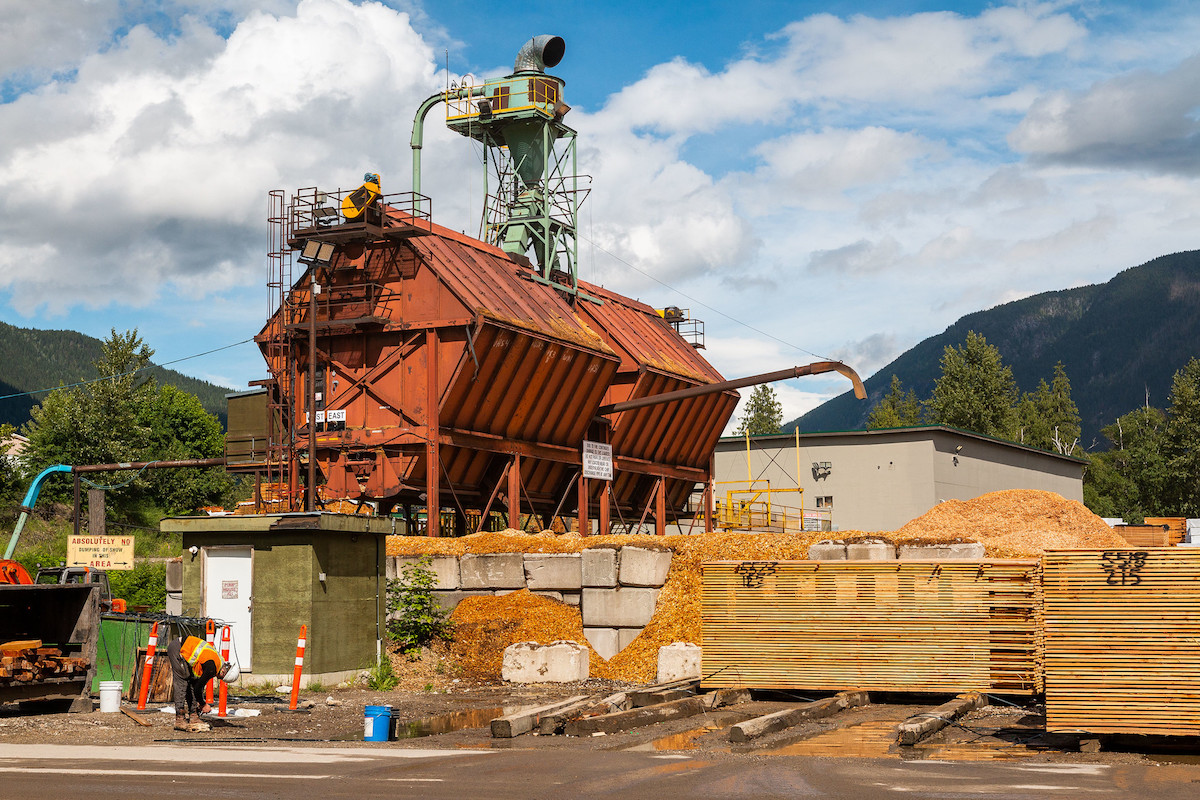 When a top forest company executive tells bankers that "the whole B.C. industry" is "on pause" because of policy moves by the provincial government, that's not a good sign for its 140,000 workers.

Those are the words of Ted Seraphim, CEO of West Fraser, during a recent earnings call.

Specific causes cited for forestry concern: a package of Forest Act amendments known as Bill 22, and the botched caribou rescue plan for the northeast.

Is Seraphim's pointed comment a one-time manifestation of one executive's frustration? Or something more than that, indicative of a developing trend and escalating tensions? Time will tell. For now, the prospect of mill closures and job losses because of a caribou rescue plan developed without community input are clearly of major concern in northeast B.C.

When it comes to the forest industry and First Nations, one talking point that never seems to be in the government literature is the fact that the industry is the largest resource employer of Indigenous persons in British Columbia. A recent study conducted by the Council of Forest Industries found 5,315 Indigenous persons held jobs directly in forestry, almost double the representation in the economy overall.

Many Indigenous workers would be left unemployed if a 500-worker sawmill had to shut down because of the caribou plan. Would that represent a step forward, or a step back, for UNDRIP?

Like elsewhere in the province, northeastern forestry has had to adapt and invest in order to survive. One Dawson Creek mill that makes siding is a good example of this. The Louisiana-Pacific mill had been focused on OSB (oriented strand board) but found the chance to develop SmartSide siding using a manufacturing process that strengthens and improves the product resulting in "high-performance trim and siding products". The investment was expected to bring 50 to 60 more jobs on top of 160 already employed at the mill.

In a list of the top 25 export categories by value for British Columbia, eight are forest products. This is the value of what they produced last year, according to Trade Data Online:

It can sometimes appear as though the broad direction and purpose of government is to extirpate forestry from the economy. One question that must be asked is how does the government propose to replace the economic loss of forest exports. Unless the plan is to slowly downsize the economy in keeping with the recommendations of the Leap Manifesto that is favoured by radical environmentalists, there does need to be an alternative.

Forests, Lands, Natural Resource Operations and Rural Development Minister Doug Donaldson is in a challenging role on this. There are many well-resourced activist groups pressuring government hard to end the contributions of forestry, on the basis that any forestry is bad forestry. These interest groups know how to play government pain points with exquisite precision. Urban residents frequently hear the emotion-triggering soundbites, such as this completely baseless statement by an activist writer in a Victoria publication: “BC’s job-rich ecotourism industry outstrips the forest industry in GDP." What?! PwC's report for COFI found a $13 billion GDP contribution from forestry. Though it's seasonal in nature, there is no question that tourism is a healthy and rightly desired contributor with GDP of $9 billion (boosted by all of those forest workers staying in hotels and eating in restaurants through the year), but the tourism subset of eco-tourism cannot be more than a small fraction of forestry.

For those carving out the middle ground in this fractious debate, one thing that has to be kept in mind is that forestry jobs are among the most productive in the whole economy. They can't just be swapped out for other jobs that don't produce high GDP.

When the Urban Futures Institute studied northeast B.C., it found that the region provided the greatest export value relative to the size of its labour force (representing less than two percent of B.C.’s total) of any region in the province.

The export value per labour force participant in the Northeast region for 2013 was found to be $198,474, almost six times the average of $33,709 seen throughout the rest of British Columbia.

Or think of it this way: When one mill job is lost in Chetwynd, six barista jobs in Victoria need to be created to replace it. Shutter a mill of 500, and 3,000 retail clerk positions will be needed to have the same impact.

Tourism jobs are notoriously seasonal and low paying, with the Accommodation and Food Services category at $494 a week (March 2019). It takes a lot of tips to boost one of those jobs to the forestry average per week of $1,669.

It also has to be remembered that in addition to those people who are in occupations that are unique to forestry operations and are directly responsible for the harvesting and processing of forestry products, indirect occupations within the forestry industry account for many other jobs, including head office functions in accounting, human resources, marketing, and legal services. According to COFI's recent study, 40 per cent of the industry's jobs are located in the Lower Mainland/southwest region. That's another reason why decisions about rural areas have consequences that resound through the entire province, including into urban areas.

Given the importance of exports to B.C.’s economy as a whole, and to the regional economies, sound policies are needed that reflect the realities of our investment options.

Forestry remains a healthy, responsible, diversified, innovative, equitable driver for social advancement. It will be a tragedy for communities all around British Columbia, and their residents whether Indigenous or non-Indigenous in origin, if the substantial benefits of this industry are allowed to seep away.

Rather than hunting for alternative industries, the best thing we could be doing right now is ensuring that what we have is protected and strengthened. 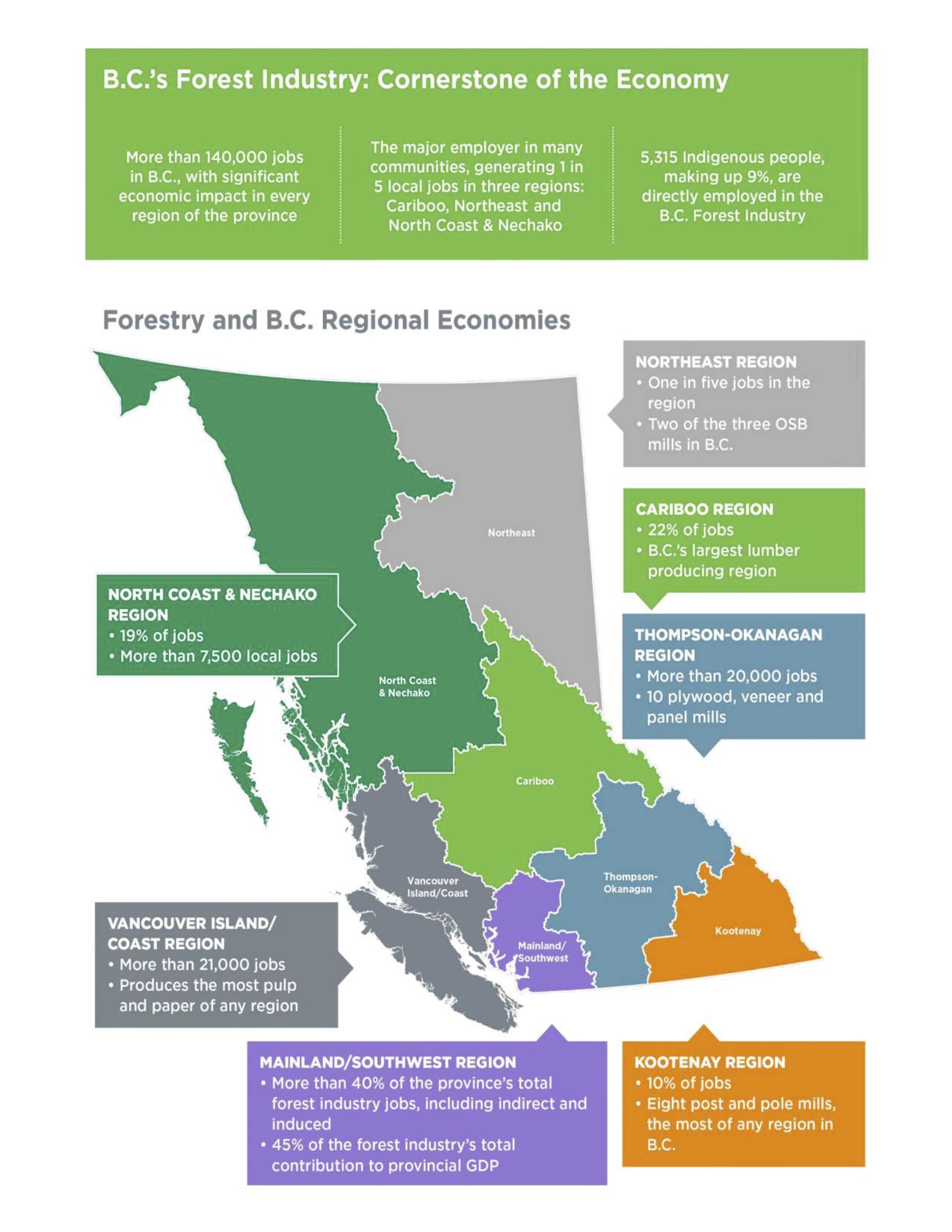