Last week we asked what you thought about Vancouver Mayor Gregor Robertson's latest attack on the National Energy Board. 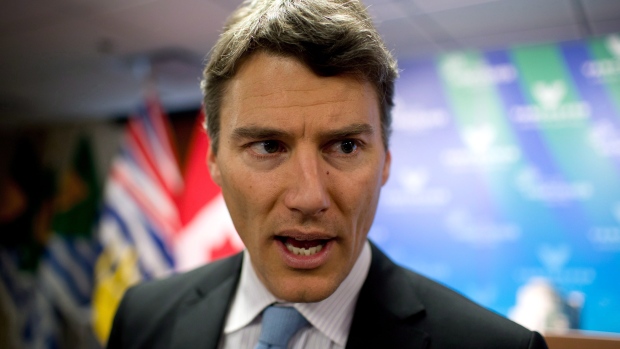 We received a lot of feedback and most of you disagreed with Vancouver Mayor Gregor Robertson's opinions. Here are a few of the replies we received:

I really think that Mayor Robertson is out of touch with the real world. Does he drive a bicycle or fly a glider. Does he paint with berry juice. The house he lives in has so many Petrochemical products. Come on wake up and smell the coffee. I can go on and on. How does he get the plastic for his glasses.

The anti pipeline movement in British Columbia is over reported and over analyzed by media, which emboldens politicians like Robertson and unfortunately gives rise to some very questionable public policy by governments that wish to pander to this community, ie Clark opposition.

It is difficult to verbalize how off base Mayor Robertson is on the issues of pipelines, Canada's energy industry, and the role and competence of the NEB. He has taken the office of mayor of a major Canadian city and used it to convey a baseless and propagandist anti-oil agenda which runs contrary to Canada's interests. He continues to play the Canadian economy into the hands of our American competitors in the name of the 'new religion', the Environment. Canada's regulatory and environmental regimes are the most stringent in the world, yet he speaks to the citizens of BC as though they are under some kind of imminent threat of major catastrophe.