Helping a neighbour - it's the western way

Alberta's "energy war room" was launched in Calgary with a mission to educate Canadians about necessary facts. Stewart Muir explains why he was happy to take the stage in support of this venture. 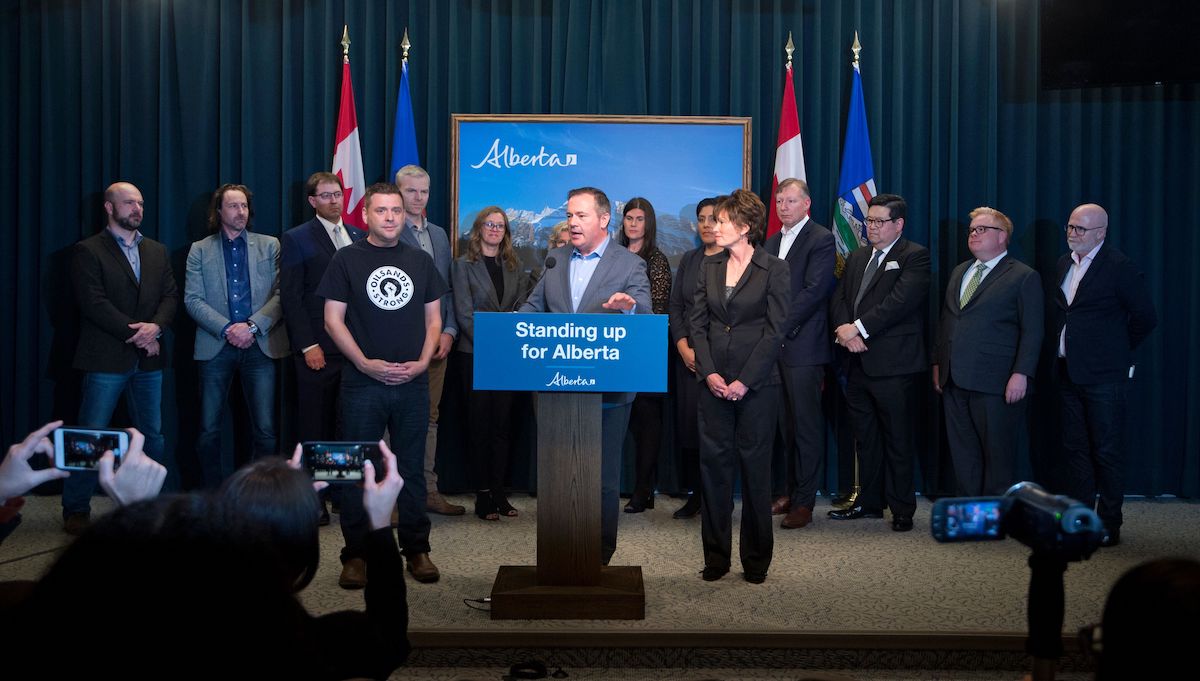 That's me on the right above, where Alberta Premier Jason Kenney is announcing his new "war room" initiative to challenge misinformation about Canadian energy. Like a significant number of British Columbians, I've got family roots in Alberta. Volunteering my time to stand on the stage in Calgary on June 7, 2019 to show my support for the venture, and for British Columbia's neighbours to the east, was something I was proud to do.

It's an inescapable fact that energy product exports contribute between a quarter and more than half of the country’s total international trade, depending on the current price of oil. A sustainable future for this vital industry is essential to maintain trade balance and overall economic health. A robust discussion on the future direction of energy and decarbonization policy is right and proper, but it's going to be necessary to hold all participants in the discussion to an agreed set of verifiable facts.

Canada's resource industries are under attack, and hundreds of thousands of high-paying jobs have already been lost. Nearly everything else has been tried to stem the tide, so it's a smart move to take a strategic approach like this. Don't be put off by the term war room. It's a phrase used extensively in government and industry to describe when an organization isolates resources for a concerted effort toward a very specific strategic goal. I've worked in war rooms in newsrooms where reporters and editors have focused their attention on a specific investigation, and of course it's an everyday phrase in political campaigning.

After this photo-op, there was a 90-minute strategy meeting with Premier Kenney and his energy minister, Sonya Savage. I offered my thoughts on the following seven themes:

If these principles are followed by those implementing the war room, I'm very confident that the delivery of a pro-citizen effort that benefits Canadians, regardless of their political views, is well within reach. I know that some people who in the past have not been scrupulous enough about checking the accuracy of their statements are already complaining about the scrutiny they could now face. We have already seen that years of focusing on the things that divide people have resulted in little progress. It's time to show compassion for Canadian workers, resulting in a better-informed debate rather than a more divided one.