New Frontier for the oilsands

There’s a constant lack of long-term thinking, and business basics, on the part of so many vocal opponents of major resource projects.

Time and again, they look at current (or outdated) market prices for oil and natural gas, ignore expert projections for prices 10 and 20 and further years down the road, assume demand for oil, in particular, will rapidly shrink, and happily announce that therefore Project X would be a bust.

But why are Shell and its partners willing to bet $40 billion on LNG Canada? Why is Teck Resources proposing a $20.6-billion investment in the Frontier Mine in the oilsands?

It’s because those companies have educated projections as to what their commodities — and the returns on them — will be worth 10 and 20 and 30 and 40 years out.

In its 2015 application to Ottawa, Teck spoke of a future average long-term price of US$95 per barrel for West Texas Intermediate oil. One Calgary analyst says US$70-$80 could make a large oilsands mine economically viable.

Keep the operating costs down (and Teck is a smart and experienced miner) and there are profits to be made.

The project has been approved by federal and provincial regulators, but for a Final Investment Decision Teck needs as well the key green light from the federal cabinet, and that raises a string of questions and concerns.

(Few observers think it’s realistically achievable. After all, a United Nations report a few weeks ago found Canada is already well behind on its promise to meet its much less demanding 2030 target under the Paris Agreement.)

If Wilkinson thinks he’s informed by science, he might also make it a goal for 2020 to keep these facts in mind when making complex decisions:

And while Wilkinson might be sticking to his mantra of net zero by 2050, Teck and those 14 First Nations might like to remind the prime minister of this: 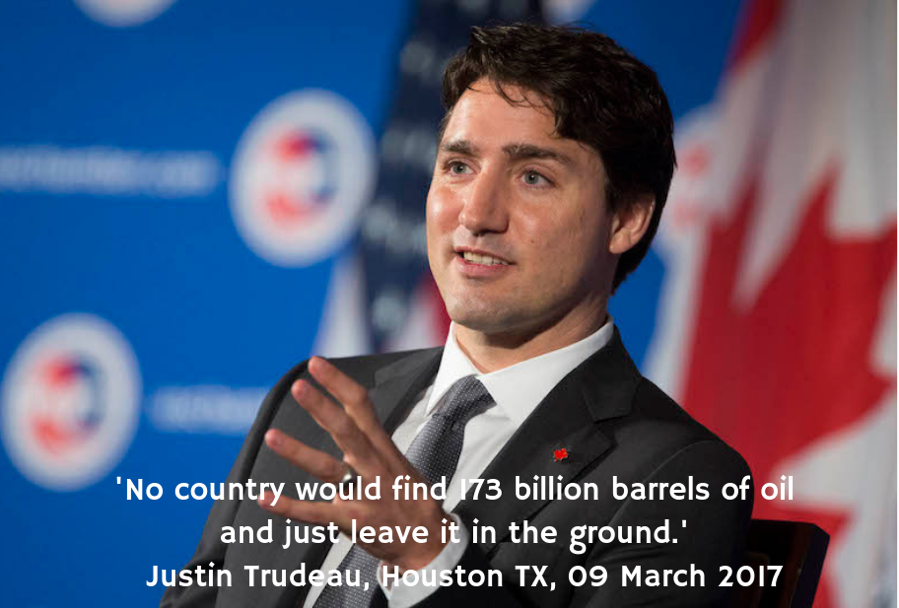