Using 3D scanners and laser scanning measurement devices, workers can scan a piece of equipment, feed the data into the NGRAIN platform and have it automatically identify problems.

Greener and more efficient use of our precious natural resources can only come from harnessing technology. In the Naturally Resourceful series, Resource Works writer Don Hauka looks at companies that are on the leading edge of this transformation. Second in the series. 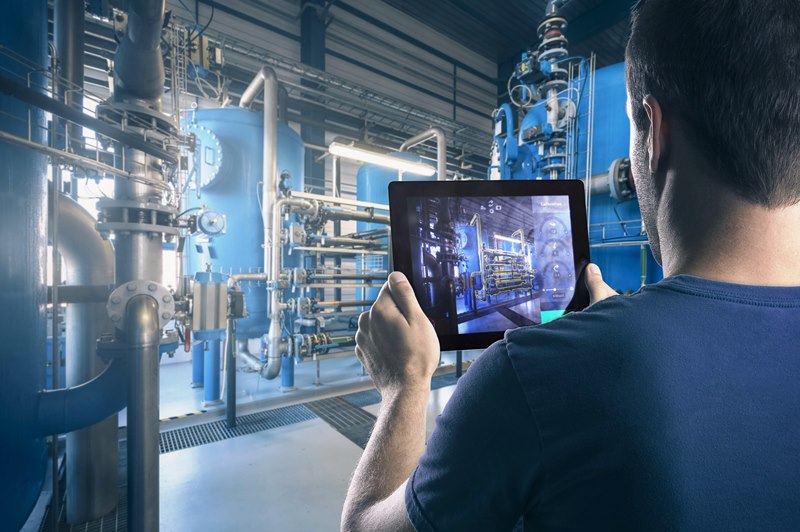 You'd almost think Barry Po was the head of DC Comics, not a top executive at one of British Columbia's leading hi-tech firms.

But when you're company is NGRAIN and can confer super powers like x-ray vision on ordinary employees, it's an understandable mistake.

Vancouver-based NGRAIN is a global leader in 3D computer graphic technology. Their products bestow amazing capabilities on workers in the field inspecting things like heavy equipment, allowing them to virtually see inside complex assemblies so they can repair damage or find new efficiencies.

"We like to think of it as giving somebody the ability to have super powers," says Po, NGRAIN's Senior Director, Product & Business Development. "That's what a lot of this technology does -- it turns everyone into a super hero of some kind."

NGRAIN started business just over 15 years as a computer graphics company. At that time, computer graphics were expensive. The company set out to develop technology that would make 3D graphics more accessible to the masses. The firm developed a 3D technology to fit with maintenance training and simulation. And that's had a direct impact on the natural resource sector.

"We have a number of energy, oil and gas companies that do work with us," says Po. "We also work with mining companies. Our technology had been used and integrated into various mining software packages, so we've definitely had a footprint in that kind of arena to be able to show how 3D and AI and smart technology can really make a difference."

What kind of difference? A natural resource company operating heavy equipment in an isolated area no longer has to have workers physically tear it apart to find out where the problems areas are. Using 3D scanners and laser scanning measurement devices, workers can scan a piece of equipment, feed the data into the NGRAIN platform and have it automatically identify where it's been damaged, needs to be serviced or how it can be managed better.

At the heart of these super-power technologies are voxels. Think of them as 3D pixels -- a step beyond the 2D pixels used by digital cameras. Using these, NGRAIN can build 3D shapes and objects of any kind.

"You're talking about little grains of sand, which is where NGRAIN gets its name from," says Po. "It's like you building a sandcastle."

NGRAIN's voxel technology can build much more than virtual sandcastles. From humble BC beginnings, its reach is now global. Thousands of people use their products every day around the world, including at firms like Lockheed Martin, Microsoft, the U.S. and Canadian governments, R&D labs, schools and universities.

And the applications to the natural resource development sector are not limited to equipment maintenance, Po says.

"When you take a look at hi-tech and the opportunities that exist in natural resources, it's not about how can they can be more cost-efficient, but more how they can leverage new technology to access markets and opportunities that they haven't traditionally been able to get access to," he says.

Po says that while BC has a ways to go to become a full-fledged tech-hub like San Francisco, the potential is definitely there.

"There's every reason to think that BC can be as successful as our colleagues down in the United States in terms of being able to make this province a central hub for technology," says Po.

"We certainly have all of the education, all of the talent and certainly the ability to build all of the infrastructure that's necessary to support hi-tech, hi-growth businesses."

So who knows? Maybe in a few years we'll all be marvelling at the adventures of working super heroes in BC Comics. Find out more about this super, natural BC company by going to their website.