Northern Gateway poll: What does it mean for environment and jobs?

Although headlines on the Bloomberg-Nanos poll released June 3 will focus on opposition to the line, the more relevant detail is in the large chunk who have not made up their minds, and why that is.

For it is this segment, not the deciders, who will be of the greatest interest and concern to both proponents and opponents who are both looking to build up entrenched points of view one way or the other.

Bloomberg News said 34 percent of respondents want the federal government to block the $6.5 billion project, which would ship crude from Alberta to the B.C. coast for export to Asia, and 33 percent want it delayed for further review. Twenty-nine percent say they want it approved.

According to pollster Nik Nanos, “This is a very self-interested public.”

He said people are asking: "What does it mean for the environmental risks and jobs?”

Nanos added: “This project isn’t dead yet. There’s still an opportunity to turn this around for pipeline proponents.”

The telephone survey of 500 British Columbians was conducted May 27 to May 31, contacting both land lines and mobile phones. Based on the sample size, the poll is considered accurate 19 times out of 20, with a margin of error of 4.4 percentage points. The large margin of error means that support for the pipeline could in fact be greater than opposition – although it can’t be discounted that opposition is even greater than 34 per cent.

The accompanying infographic illustrates the relative position of the three viewpoints covered in the poll. 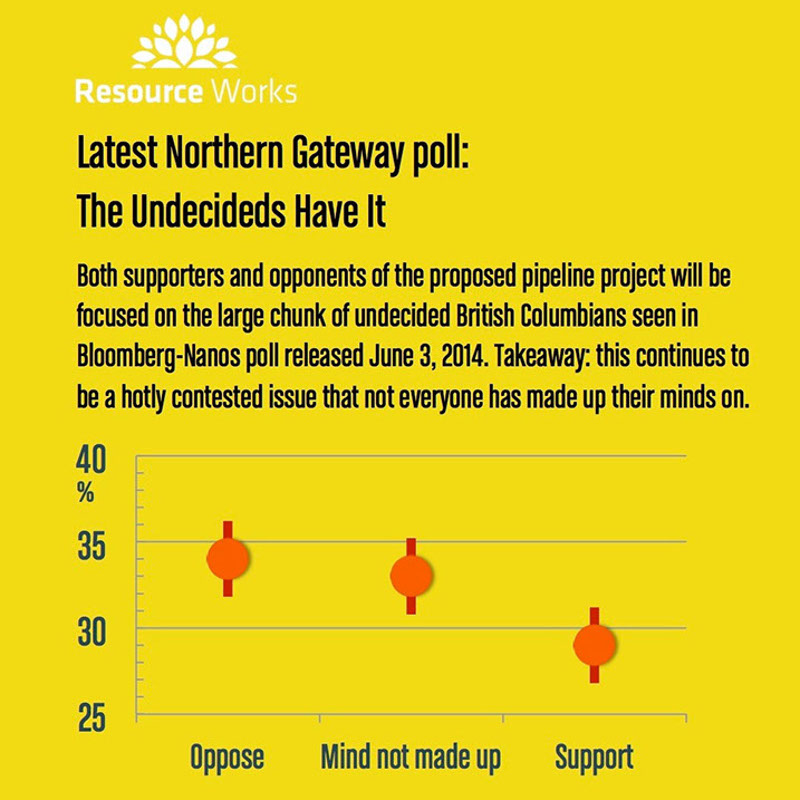