The former CEO of Trans Mountain describes his journey of understanding and reconciliation. 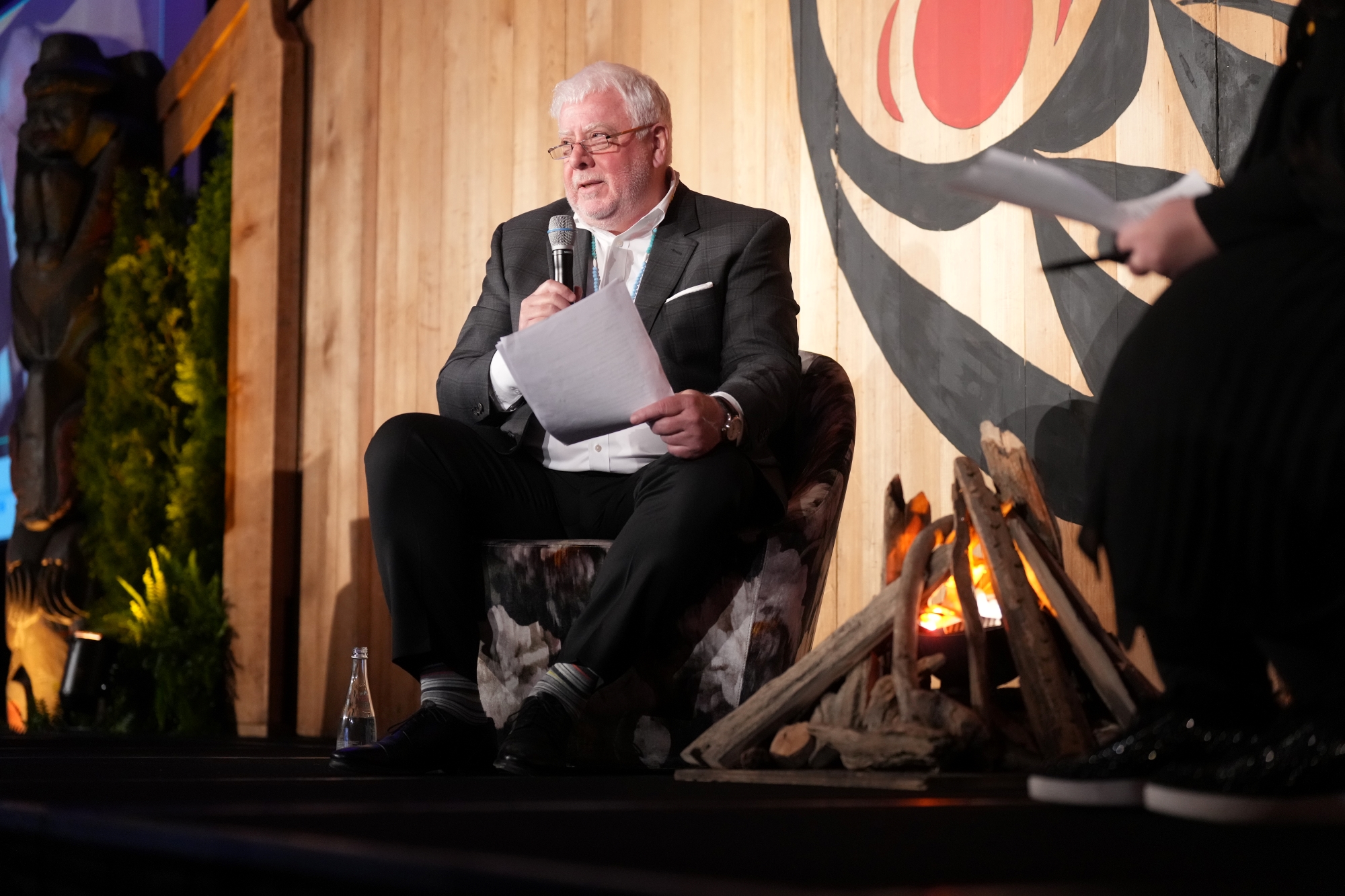 It was as a youth growing up in Winnipeg that Ian Anderson, the recently retired CEO of the Trans Mountain Corporation, learned from his father to always respect, appreciate, and believe in people. He says he brought this tenet to his work on the Trans Mountain Expansion (TMX) project, which twins a new pipeline with an existing oil pipeline running from Edmonton, Alberta to Burnaby, British Columbia. Getting the project off the ground involved many years of dialogue with Indigenous communities through which the pipeline would pass.

Reflecting on the decade he spent developing industry-to-First-Nations relationships, Anderson says he didn’t think of it as consultation. “I thought about it as getting to understand what the opportunities might be as opposed to the obligations. Industry looks at all this as an obligation.”

“I also wanted to understand, and learn, from communities directly. . . . We didn’t go in with an agenda. In fact, we didn’t talk about impact, benefit agreements, and mutual benefit agreements, out of the gate. They came over time, as communities wished them to. I first wanted to learn and understand what the community’s aspirations were, what their interests were.”

Anderson went on frequent road trips, visiting and getting to know people in the communities. Along the way, he developed deep friendships.

“It was a lot of weekends, a lot of nights and early mornings, and travelling around . . . but it was time well spent. And I think that our work was better for it.”

By the time Anderson departed from Trans Mountain in April 2022, he had secured support from more than 60 Indigenous communities (“every land-based Nation and a good number of marine-based communities”), and the company and its contractors had hired more than 1,000 Indigenous people and allocated $2-billion worth of contracts to Indigenous contractors and businesses.

Anderson says that being genuinely open-minded, being willing to listen and learn and change, was at the core of his approach. “Every community we touch is different, and they all have different aspirations, different levels of capacity, different environmental conditions, different infrastructure. We had to do it on a case-by-case basis and stay very principled.”

The journey was not without its obstacles and challenges. “I passionately have believed—and it translated into our work as a company—that we were never going to judge the opinions or claims or aspirations or values of somebody else,” says Anderson. “That if we hit an obstacle, the first thing I would do is challenge ourselves to look at the situation from the other party’s perspective. Why is it we’re at this intersection of inaction? And what is it that will get us through that intersection without colliding?”

Anderson acknowledged there were conflicts and arguments. He says that while not everyone ended up completely satisfied, every point of opposition resulted in Trans Mountain making changes.

“In anything you do, there’s going to be parties who aren’t satisfied with what you’re undertaking. And that’s because we live in a democratic world, and everybody has a right to their own views and opinions. And that’s what enriches all of our lives.”

In relation to environmental concerns, Anderson says that he always tried to take “the high road . . . the place that there weren’t environmental conditions that were being unnecessarily put at risk.”

He describes a situation where the company had over 100 biologists working on the ground, doing nothing but salamander, snail, and frog moves. It also moved over 100 ant hills because they were important to the ecosystem within the areas that they occupied.

“It was ensuring that depth of the learnings along the way were translated into actions. . . . Listening and learning is interesting. It’s far more powerful if it results in change in actions. We sought to change what we did and act upon what we learned.”

Anderson says that it was the process of building trust and respect at the beginning that enabled everyone involved to work through uncertain times. “Every step along the way, every challenge that we were faced with, I can really proudly say we learned from it.”