Chiefs of five key Tsimshian nations are insisting on "respectful consultation and engagement" rather than PR stunts in assessing a major LNG project, but sadly that is not what we are seeing.

Their motto is Bax Laansk - "working together" - and their joint project of late has been the potential impacts of the Pacific Northwest LNG project on the Skeena River fishery. Together, their First Nations under the Tsimshian umbrella are the ones most directly impacted by the PNW project located near the Skeena estuary. 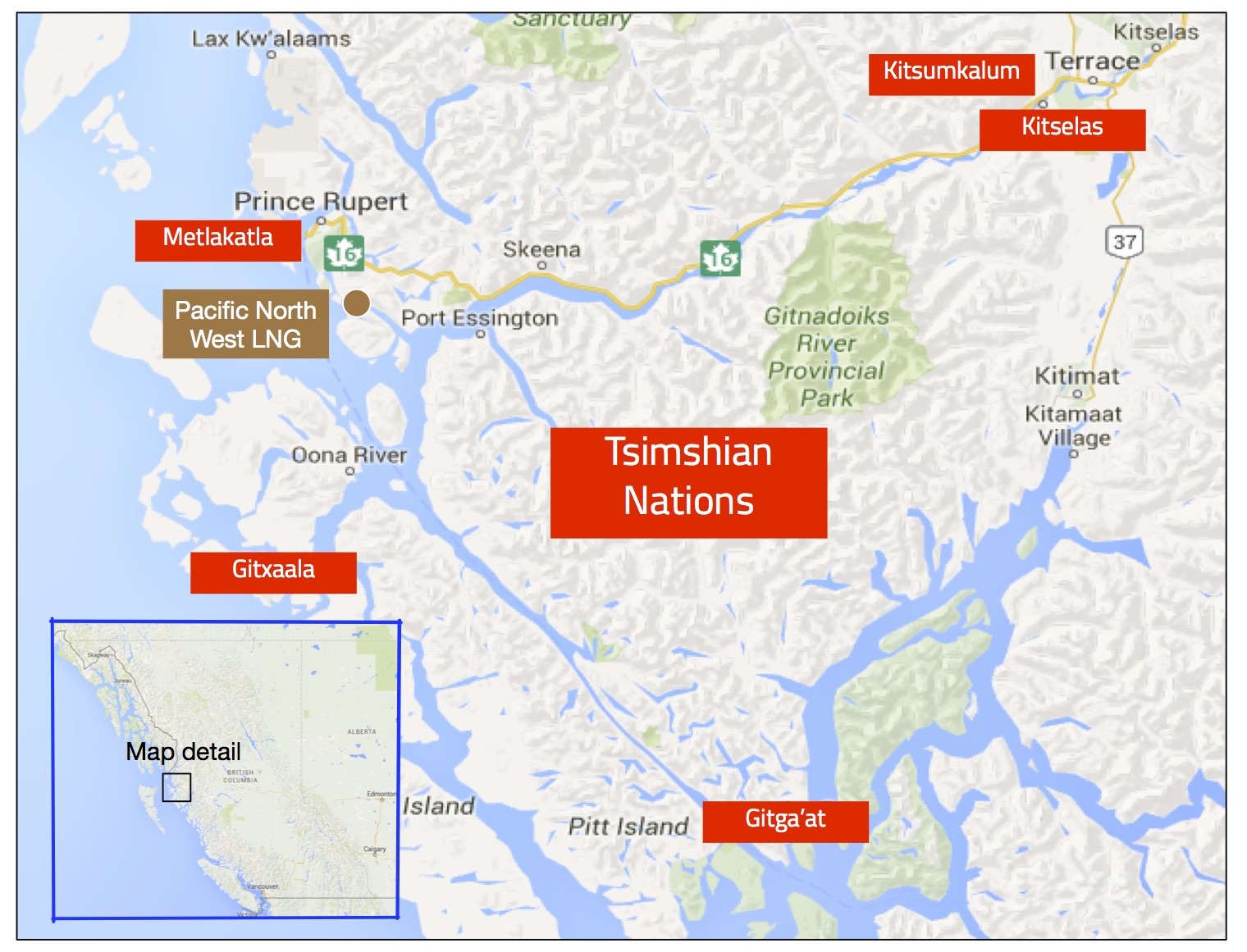 In July 2015, these were the nations (not the  Lax Kw’alaams located to the north) who came together to form the Tsimshian Environmental Stewardship Authority (TESA).

TESA highlights the substantive work and due diligence that has taken place. When those prejudging the project ran to the media over the past year, Tsimshian nations responded by saying it was important to get the science done and to get all the facts.

The Tsimshian chiefs are showing signs of mounting frustration that outside environmental activists are staking claims to sovereignty over the Skeena estuary that violate their aboriginal rights. They went so far as to issue a news release in January 2016 after being excluded from the issuing of a statement labelled the "Lelu Island Declaration".

The chiefs stated: "Tsimshian chiefs reject the declaration calling for 'permanent protection' of their traditional territories. The Chiefs view the declaration as a political action that is an attack on the rights and title interest of Tsimshian Nations."

They continued to say as of February that they were undertaking their own due diligence and would insist on strong conditions. They have urged the Canadian Environmental Assessment Authority (CEAA) to make a decision given the work that has already taken place. According to a statement, the chiefs were "perplexed" that those opposing the project are "coming to conclusions" before key evidence is heard and finalized.

Last month, Chief Harold Leighton of the Tsimshian Metlakatla nation wrote to CEAA to state that his group was not in favour of a delay to the project approval process, but did demand "rigorous" treatment of Metlakatla issues.

Meantime, foreign-funded and non-Aboriginal environmental protest groups like Skeena Wild are loudly endorsing a delegation to Ottawa this week to lobby the environment minister to refuse responsible economic development opportunities – after Minister Catherine McKenna's statement that lobbying will not be considered.

These protesters lacked any support of the Tsimshian for whom they purport to speak.

Their delegation did include a former mayor of Lax Kw'alaams.

The current leadership of Lax Kw'alaams has stated it backs the $36-billion LNG project for Lelu Island.

All in all, it appears that the majority of directly-affected First Nations do not support the noisy protest going on in Ottawa this week. So it is dismaying to see the media hand-feeding yield results that create a wildly different impression from what is actually going on on the ground on the west coast. Let's hope the press gallery has got time to get all sides of this story.

In the plain words of the Tsimshian chiefs: "We expect respectful consultation and engagement, not media pressure tactics." The work they are doing, according to their January statement, includes:

It is a stark contrast to the lobbying effort underway in Ottawa that has all the signs of a well-orchestrated media stunt.