When traditional territories overlap: A BC First Nations example

It's a tale of two neighbouring Indigenous groups, the Wet'suwet'en and the Carrier Sekani, with big implications for a major infrastructure project. 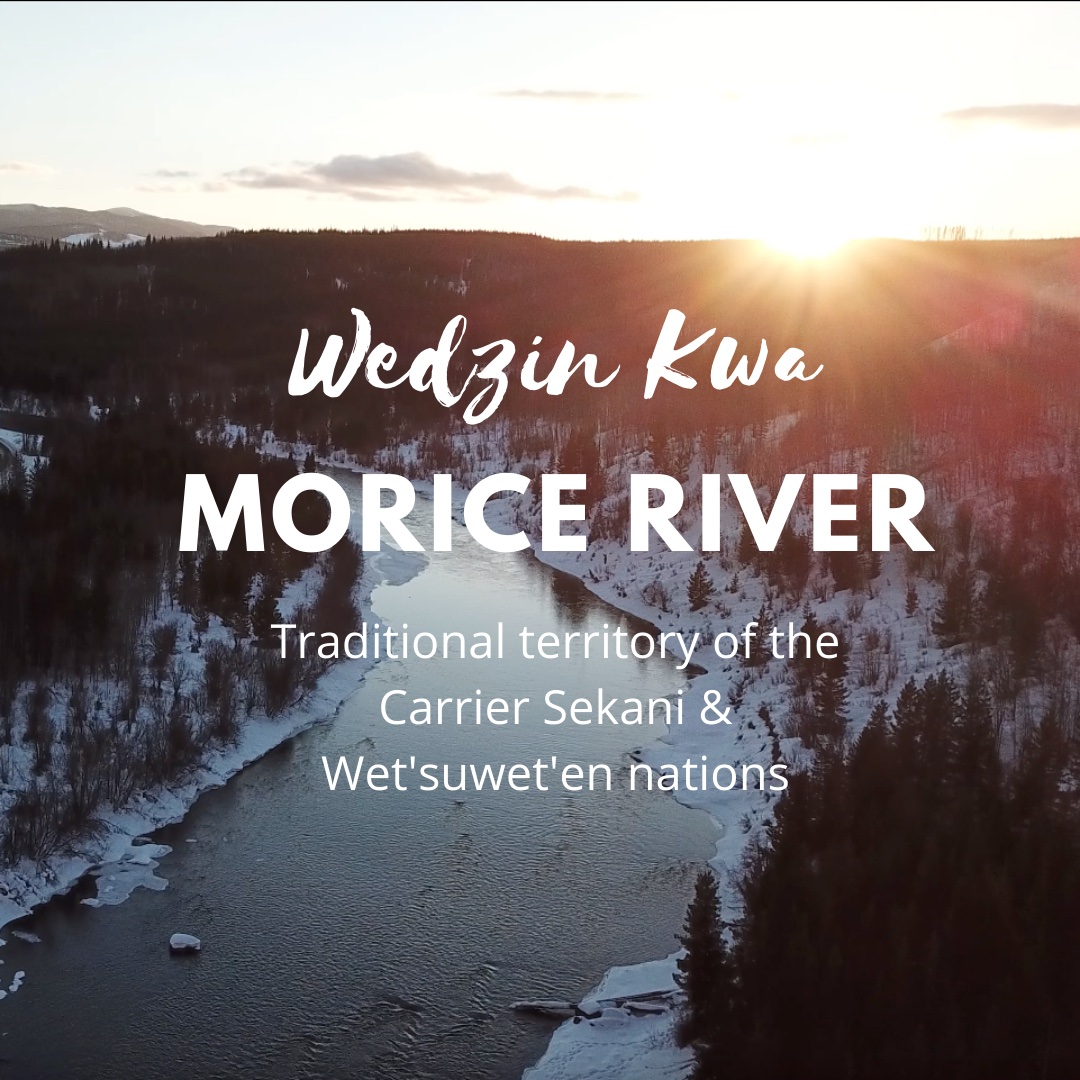 If you've been following news coverage about a First Nations dispute involving some individuals from the Wet'suwet'en Nation of northwest British Columbia, there's a good chance that simplistic narratives favoured by political pressure groups have formed your perception of the situation.

This narrative is tightly linked to that of campaigners who are seeking to prevent cleaner gas from British Columbia from reaching markets around the Pacific where it is desperately needed by countries that want to lower their carbon footprint. A key plank of the strategy is to cultivate the idea that the lands crossed by the Coastal GasLink pipeline project in the area of the Morice River (Wedzin Kwa) are the exclusive domain of the Wet'suwet'en Nation.

One specific site on the pipeline route has been energetically positioned as the focal point of activism. It is where, on February 17, 2022, a group of armed persons raided a pipeline worksite, threatened workers with axes, and destroyed $6 million worth of pipeline equipment. The authors of the attack have not been named. However, their messages, methods and appearance were eerily similar to a group that had earlier claimed to be standing up for Wet'suwet'en rights.

The site in question is located southwest of the town of Houston. It is within the traditional area asserted by the Wet'suwet'en hereditary chiefs. However, and this may come as surprising news to many people, this very same location is also associated with another Indigenous group in the area: the first nations represented by the Carrier Sekani Tribal Council.

Also according to the BC Treaty Commission, the Wet’suwet’en heredity chiefs represent four communities: Hagwilget, Witset (formerly Moricetown), Skin Tyee, and Nee Tahi Buhn. Wet'suwet'en traditional territory is in the Bulkley River area in northwest BC. There are approximately 3,195 Wet’suwet’en members.

Neither group is in engaged in active negotiations.

The following two maps are from the BC Treaty Commission itself. The site of controversy is added for clarity. The first map shows the traditional territory boundary of the Wet'suwet'en hereditary chiefs process: 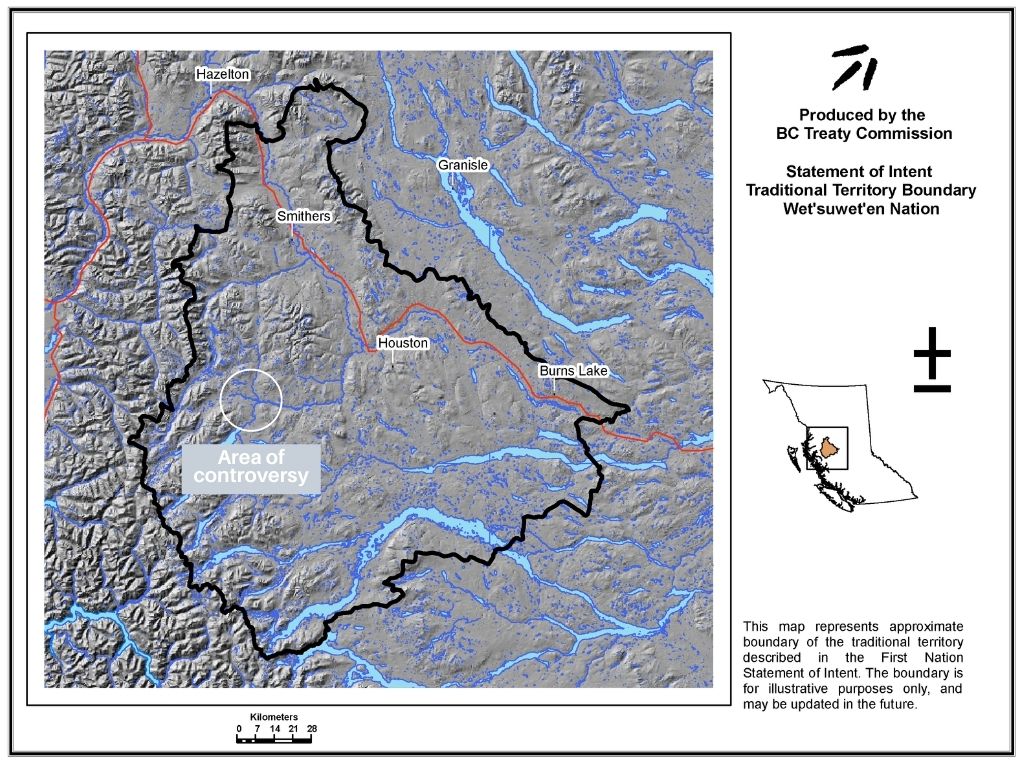 This is the map for the Carrier Sekani Tribal Council: 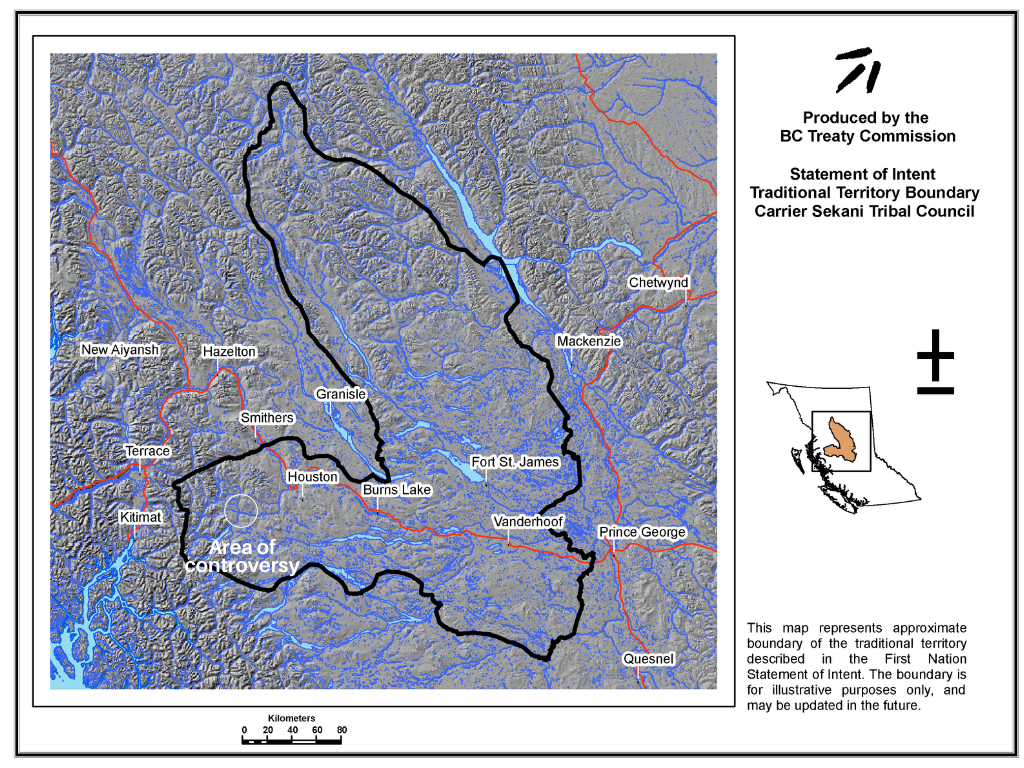 Overlapping land claims are by no means unusual in British Columbia. When it comes to the waters of the Wedzin Kwa, the ancient imperative to steward the land is experienced as strongly by the nations in the Carrier Sekani tribal council as it is by the Wet’suwet’en.

The following map includes the route of the Coastal GasLink pipeline currently underconstuction, and the claim area of the Carrier Sekani Tribal Council laid over top of the claim of the Wet'suwet'en hereditary chiefs' claim: 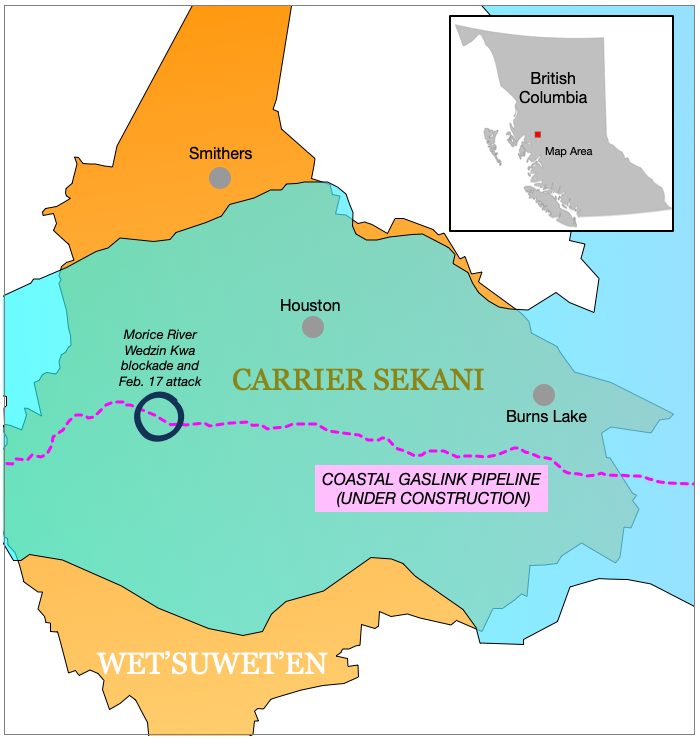 As we have seen in numerous proclamations issued by Indigenous people’s representatives, there’s a lot of tough internal dialogue going on around this these days.

Since treaty negotiations are unresolved and ongoing in both cases, it remains impossible to say exactly where or when greater certainty will be brought to bear on this question. Is one of these claims stronger than the other? It seems difficult or impossible to say.

Beyond the immediate route of the CGL project in the Morice River area, other nations – Lake Babine, Yekooche and Cheslatta Carrier – are also recognized as having traditional territories.

A confidential B.C. cabinet briefing presentation released via Freedom of Information reflects ongoing efforts to resolve a longstanding agreement not only with the hereditary chiefs of the Wet'suwet'en nation who are typically quoted in media reports but also with other first nations that also have rights and traditional territories. The document states that "Indigenous engagement has been ongoing with Cheslatta Carrier Nation and has been delayed with six other First Nations."

There are two sides (sometimes more) to every story, and that is clearly true in this case. For further background check out the BC Treaty Commissions website here.