What is revealed by an honest appraisal of pipeline safety

To hear some tell it, pipelines are an inherently unsafe way to move crude oil because they will (so the story goes) inevitably spring a leak. 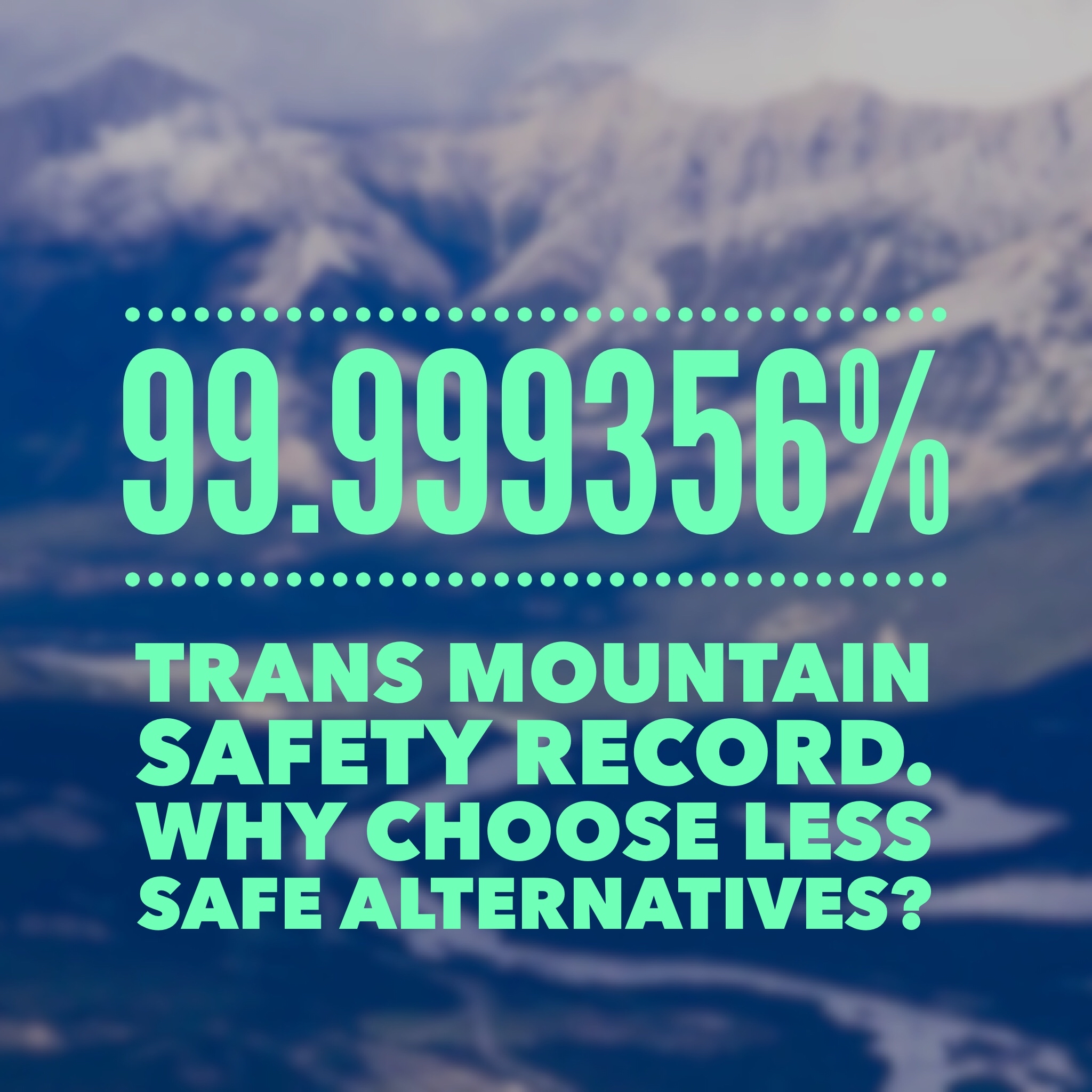 With Kinder Morgan halting all non-essential spending on its Trans Mountain Expansion Project until some public issues are sorted out, let’s take a look at whether there really have been big problems with spills along the pipeline route.

Since commencing shipments in 1953, Kinder Morgan has moved just shy of 1 billion cubic meters of crude oil and refined products from Alberta to its Burnaby terminal.

That’s the equivalent of roughly 6.3 billion barrels of oil.

The estimate of 1 billion cubic meters is based on the following numbers:

That’s the volume side of the equation. If we want to understand the safety risk, we’ll have to plug in the actual number and size of spills that have occurred.

Over the history of the pipeline, there have been 81 recorded spills. (Although many spills were far below the reporting threshold, they were reported anyway.)  Of these 81 spills:

It’s also worth pointing out that since the Westridge Marine Terminal began shipping oil to foreign markets in 1953, not a single spill has been reported in the coastal waters of British Columbia.

Run those numbers and what emerges is the figure of 99.999356%, representing the rate of safe delivery of petroleum through the pipeline.* Whenever a number is put up in the treacherous pipeline debates, you can be sure someone will come forward to seek its weakness. But this number stands for itself as a proof point of environmental performance.

There is no defence for a lax approach to protection. When a verified actual performance record shows how low the risk is, the public deserves to know about it.

In this case, using the latest design, regulation and technology, it is reasonable to expect that future performance will be even better than the past. Human error accounts for most spill events. Just as areas like airline safety and public health have been aggressively improved over time by active management of identified problems, so too will energy transportation continue to improve.

*Resource Works thanks Darren Vodden, an optimization technician based in Whitecourt, AB, for this calculation. He estimates it may carry a margin of error of around 2 per cent, and as a percentage value would be accurate to +/- 0.00001288%.