Plans are useless; planning is indispensable

The ongoing energy crisis is a warning for Canada. Is it time to re-think our energy policies? Josiah Haynes explores. 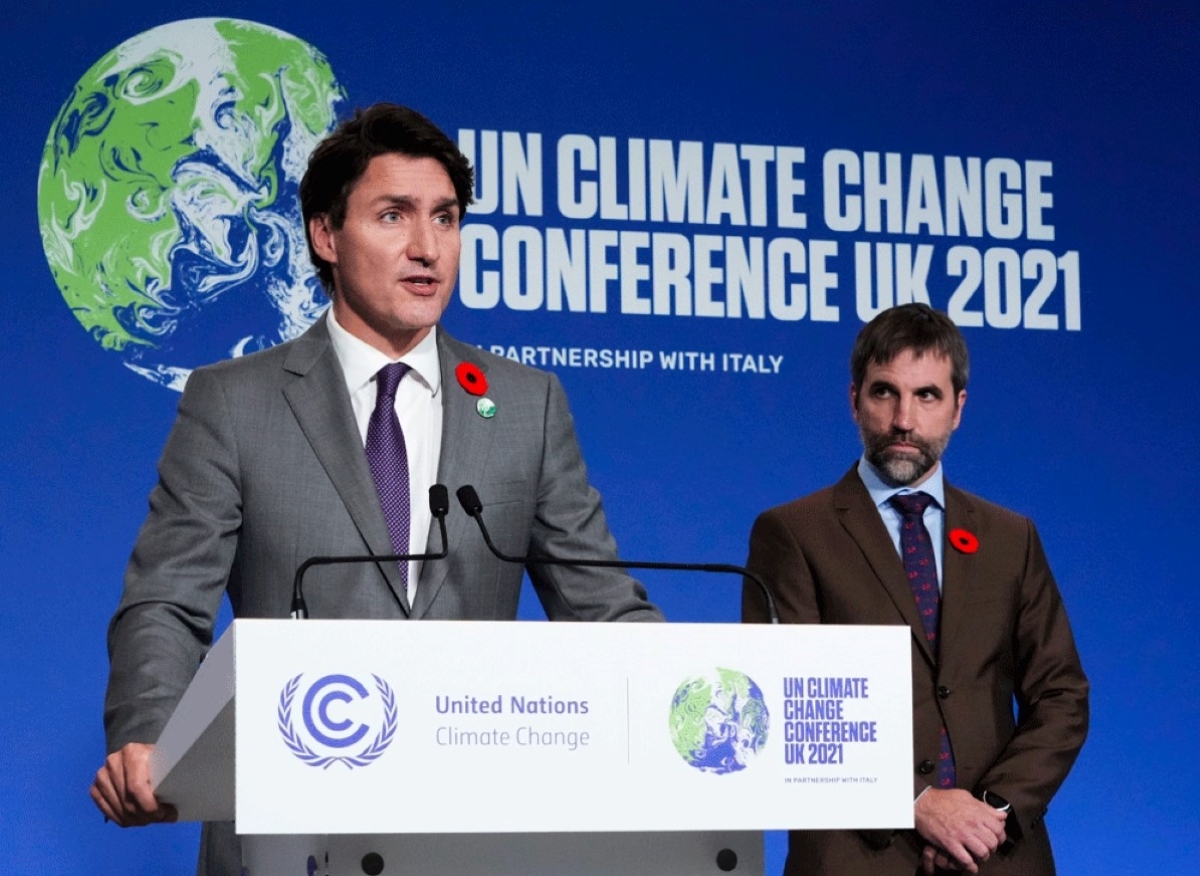 Prime Minister Trudeau and minister Guilbeault at COP26. Photo from the National Post.

“In preparing for battle I have always found that plans are useless, but planning is indispensable," said Dwight Eisenhower.

The relevance of that famous quote to the global energy transition (or what we at Resource Works prefer to call the energy transformation) was impressed upon me while reading Allen Brooks' latest energy musings.

The last two years have been full of surprises — a national movement of anti-resource blockades across Canada, the pandemic, and plummeting oil prices. Then, the mantra of "shutting down" the fossil fuel business became the shibboleth of ostensibly well-meaning enlightened urban classes and government figures. COP26 made headlines everywhere, and net-zero by 2050 became the only worthy cause in town.

Then, as 2021 drew to a close, the demand for energy around the world surged, especially in Europe. Energy prices sky-rocketed, including oil and gas.

As Brooks writes, an "ideological battle was unleashed just as an energy crisis exploded across the European continent. Renewables – wind and solar – were suddenly exposed for their fundamental weakness of intermittency. For utilities to meet their social obligation to always ensure adequate power for their customers, they were forced to turn to dirty fossil fuels, because those were the only sources of guaranteed dispatchable power. Instead of oil and gas companies failing, it was electricity companies counting on cheap renewable energy that were lining up at the bankruptcy courts. Customers are being slammed with escalating power bills, as high commodity prices and exploding carbon fees combined to send electricity prices sky-high. The grumbling grew louder."

Meanwhile, oil prices are expected to remain high. The most recent Dallas Federal Reserve survey of oil and gas executives found they generally predict the price of West Texas Intermediate (WTI) oil to be between $70 and $85 a year from now. Brooks suspects the start of a commodity super-cycle.

What does this mean for the energy transformation and the race to net-zero?

"The anti-fossil fuel agendas of large institutional investors, financial lenders and government entities ensures that the energy sector, excluding renewables, will struggle to access capital," writes Brooks. "This will have the perverse impact of driving up returns from oil and gas projects, which already are well above the returns available in the renewable energy sector. How will these investors and financiers look at future energy returns as collectively they sink due to low-return renewables? Their shareholders and clients may not take kindly to seeing their returns sacrificed on the altar of climate change!"

Just as we couldn't have predicted the events of the last two years, we can't predict the challenges of 2022. But Brooks and others think an explosion of interest rates, producing a serious recession, is likely. Higher interest rates mean a greater burden on debt-saddled governments, which means greater taxation.

This year exposed how distant the world (even Europe) is from a meaningful energy transition. Without oil and gas, are you prepared to turn off your heat, tighten your belt, and shiver when electricity costs break the bank? And if you are a person of financial means, are you prepared to demand such sacrifice from your neighbour? 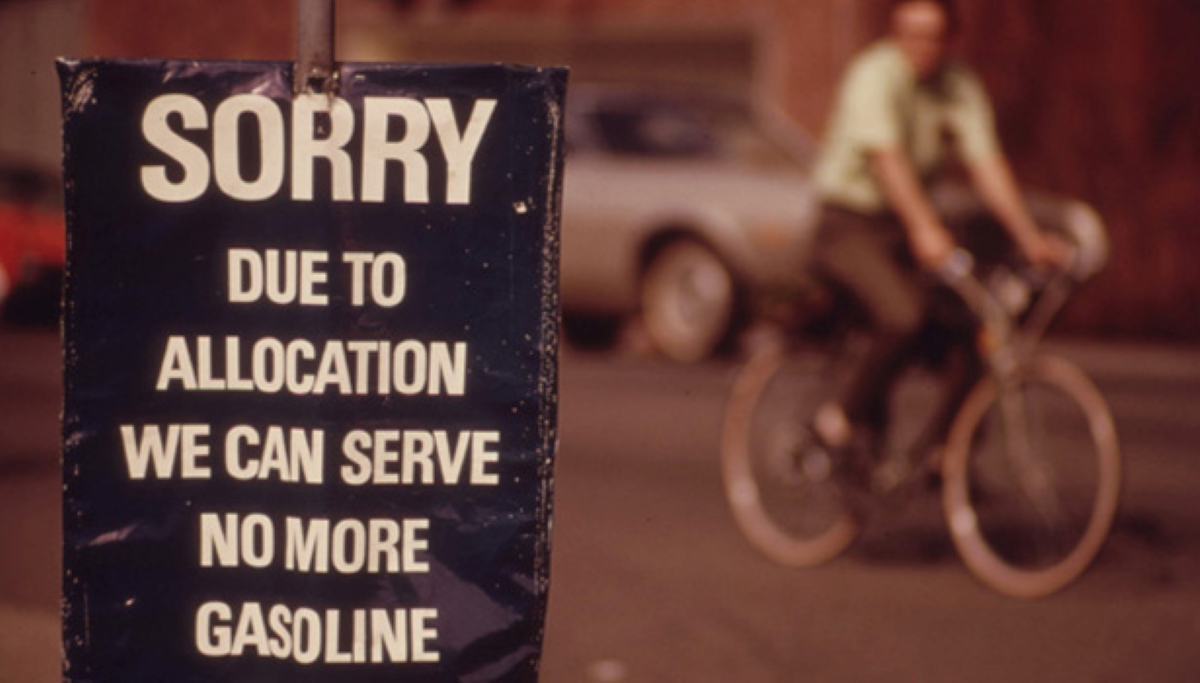 "The idea that we can or will abandon oil, gas, coal, and nuclear anytime soon is a dream in the minds of climate activists. That does not mean fossil fuels will be welcomed with open arms. But, in a recession, the world will turn to its abundant and low-cost energy, which today means fossil fuels," writes Brooks.

Professor Emeritus Vaclav Smil, a well-respected voice of reason, stunned audiences at last October's Credit Suisse ESG conference as he summed up the realities of the state of the energy transition. Here's how Brooks recalled Smil's commentary:

"Smil pointed out that the world gets 83% of its energy from fossil fuels, with the range from 99% for the Middle East, to 91% for Australia, 87% for China, and 83% for the United States. Germany has spent the last 20 years turning itself 'green,' yet it still relies on fossil fuels for 78% of its energy. Smil further noted that since the first global climate meeting in 1992, the world’s dependence on fossil fuels has only fallen from 87% to 83%. In absolute terms, we are using more fossil fuels today. All the investment in renewable energy has resulted in only meeting some of the incremental demand growth of recent years.

"Smil told his audience, 'Now I am told in the next 30 years by 2050, we are going to go from 83% to zero. That strains one’s imagination. We are burning more than 10 billion tons of fossil fuels and we are dependent, in every facet of existence.' He pointed to nitrogen fertilizer, which is made from natural gas. Without it, we can probably only feed half the world’s population. Think about the implications of that reality! The world’s civilization is dependent on four pillars: steel, ammonia, cement, and plastics. All of them use fossil fuels and there are no easy replacements.

"On the issue of climate change, Smil has no problem. He says it was acknowledged in 1860. In his view, the problem is the energy transition and the push by organizations such as the International Energy Agency, whose policy prescriptions he believes to be cuckoo.

So, where does this leave us?

"Plans are useless, but planning is indispensable."

There's nothing wrong with planning for the goal of reaching a net-zero energy economy. But sometimes reality frustrates those plans. If policy prescriptions are too rigid, ordinary people will suffer the consequences. The energy crisis, exacerbated by a forced and premature transition away from fossil fuels, drove energy prices to unheard-of levels, especially in Europe. Surely there's a better way to plan for net-zero that doesn't cripple the economy and drive up the cost of living?

Earlier, I mentioned that at Resource Works, we prefer the term "energy transformation" to "energy transition." The goal is to reduce emissions, not destroy the Canadian energy sector. So, if the Canadian oil and gas sector continues to transform itself by reducing its emissions, then there would be no need for Canada to "transition" away from hydrocarbons.

The good news is that the transformation is already underway. In October 2021, an alliance of companies responsible for 95% of Canadian oil sands production committed to doing their part to help Canada reach net-zero by 2050. They write: Because no single solution will get us to net zero, multiple parallel pathways are needed – from electrification, fuel substitution and energy efficiency to carbon capture, process improvements and the implementation of emerging technologies."

Instead of punitive measures that hurt consumers, slash jobs, and limit the material future of Canadians, our leaders should double down on positive, incremental, and innovative solutions. Perhaps the best way to do this is by supporting the efforts of the Pathways to Net-Zero alliance and other creative approaches that invest in emerging technologies like hydrogen energy and carbon capture and sequestration.