Here are some findings from a new uOttawa survey.

A research centre at the University of Ottawa released public opinion survey results in mid-September 2020. The survey seeks to understand where views on oil and gas among Canadians are polarized, and where they are fragmented.

"People don’t just agree or disagree, they do so strongly," said survey authors from the Positive Energy centre, which has been studying social, regulatory and governance aspects of energy over the past several years.

"Fragmented opinion refers to differences of opinion that aren’t necessarily hardened at either end of the spectrum. This distinction is vital for decision-makers looking to chart a path forward for Canada’s energy and climate future."

The survey explores how party affiliation, ideology, region, gender, and age may influence opinions on energy topics. The survey provides .

The survey provides a valuable benchmark for Canadians’ views on oil, gas and government leadership in the context of the new federal Throne Speech and a public policy discussion on reconciling economic and environmental agendas.

The detailed survey as well as full background material is here.

Resource Works looks at eight thought-provoking aspects of the work:

1. Oil and gas is strongly seen as important now and in future

More than four out of five of us think the sector is important today. This suggests that energetic attempts to conjure up alternative views of economic reality have hit the headwinds of common sense. 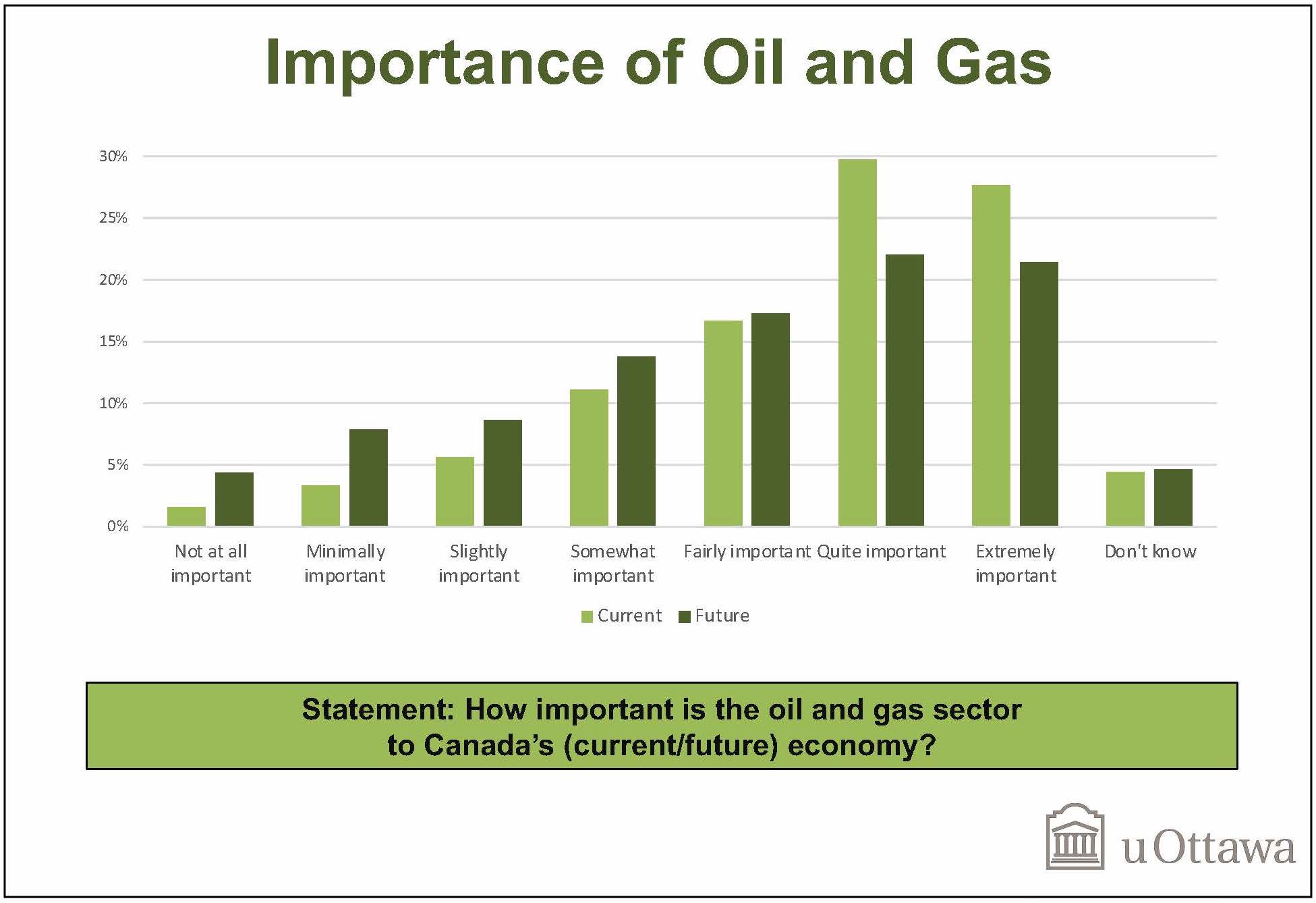 2. Whether left or right, more than 70% see oil and gas as important to today’s economy

It appears there is a strong basis to be able to have rational, calm discussions about oil and gas issues without lapsing into ideological camps. Political leaders should take notice. 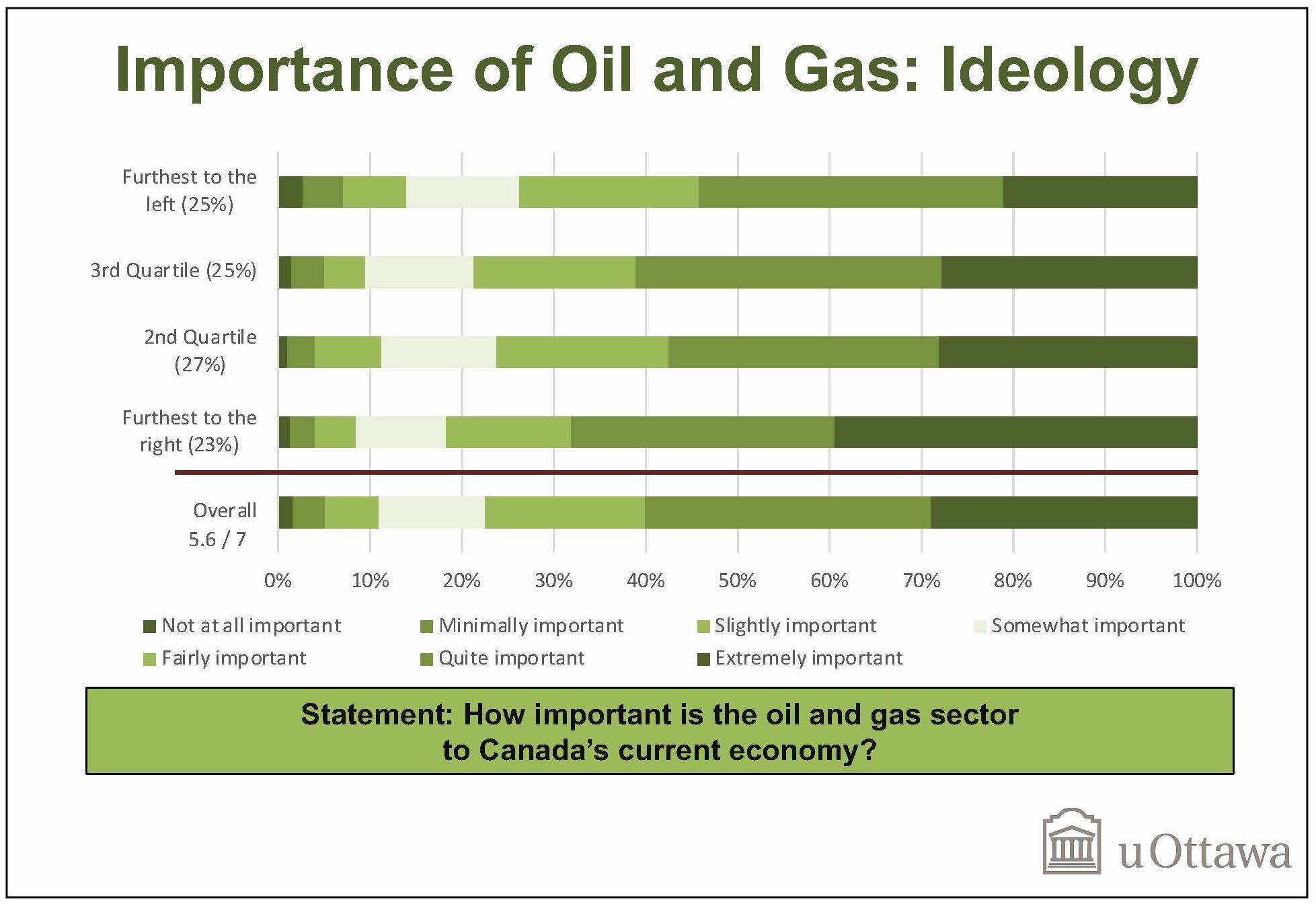 3. Atlantic Canada and the Prairies are strongest in the belief of oil and gas having future economic importance

This can be seen two ways: one, regions benefiting more directly are more supportive; and two, the more you know about oil and gas the more likely you are to see how technology and innovation provide a pathway to future developments. 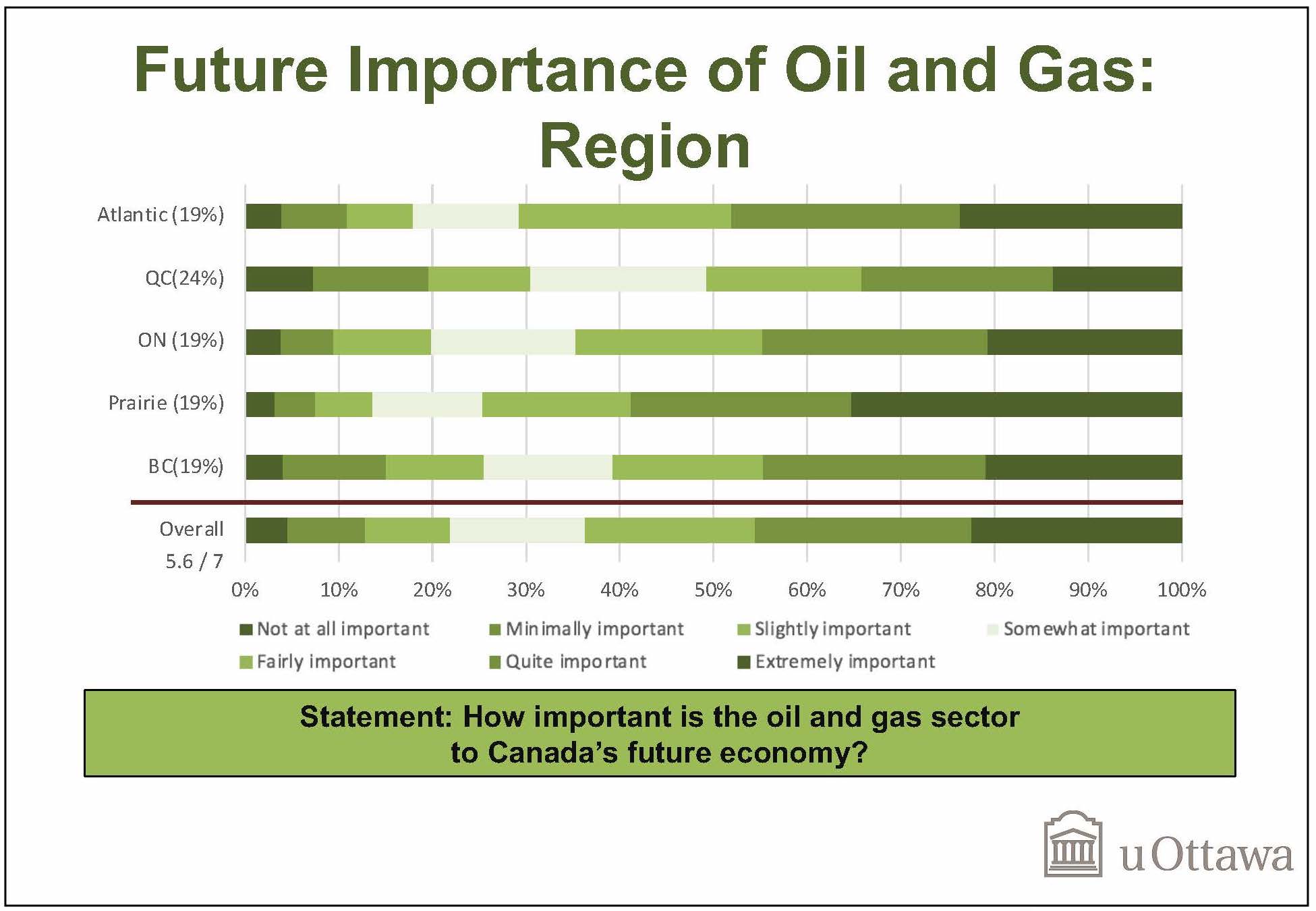 4. There’s a generation gap but not a gender gap on the future of oil and gas (2 slides)

1. Age clearly makes a difference in how one sees the future of oil and gas. The majority of Generation Z may not vote today (they were born between 1996 and 2015) but they are least likely to see an important future for oil and gas. This may mean simply that youthful idealism is alive and well; but those planning the future should not ignore the divides in perception. 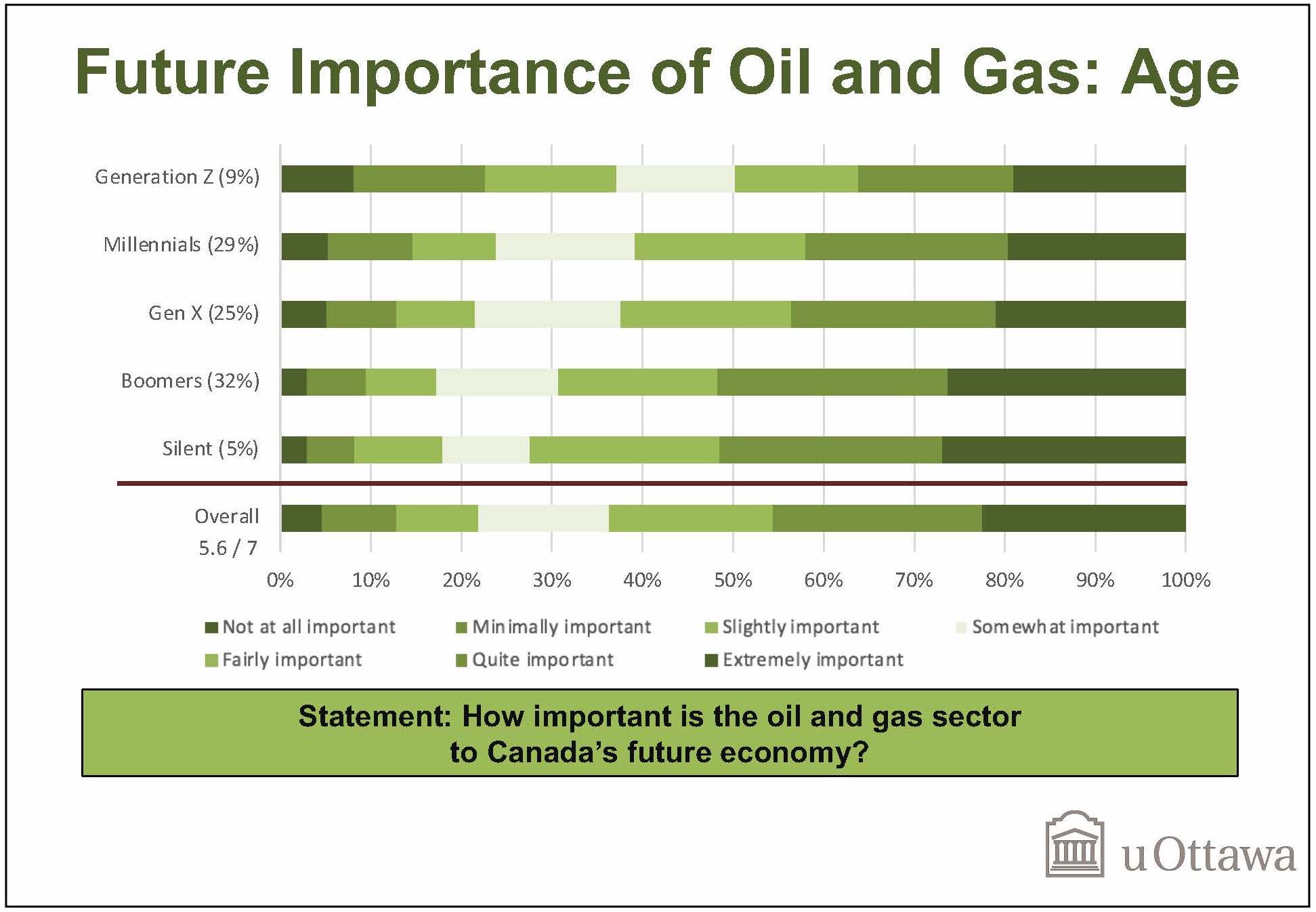 2. Public opinion watchers know that men and women often differ sharply on economic and natural resource issues. Seemingly, this is not strongly present in the case of oil and gas. 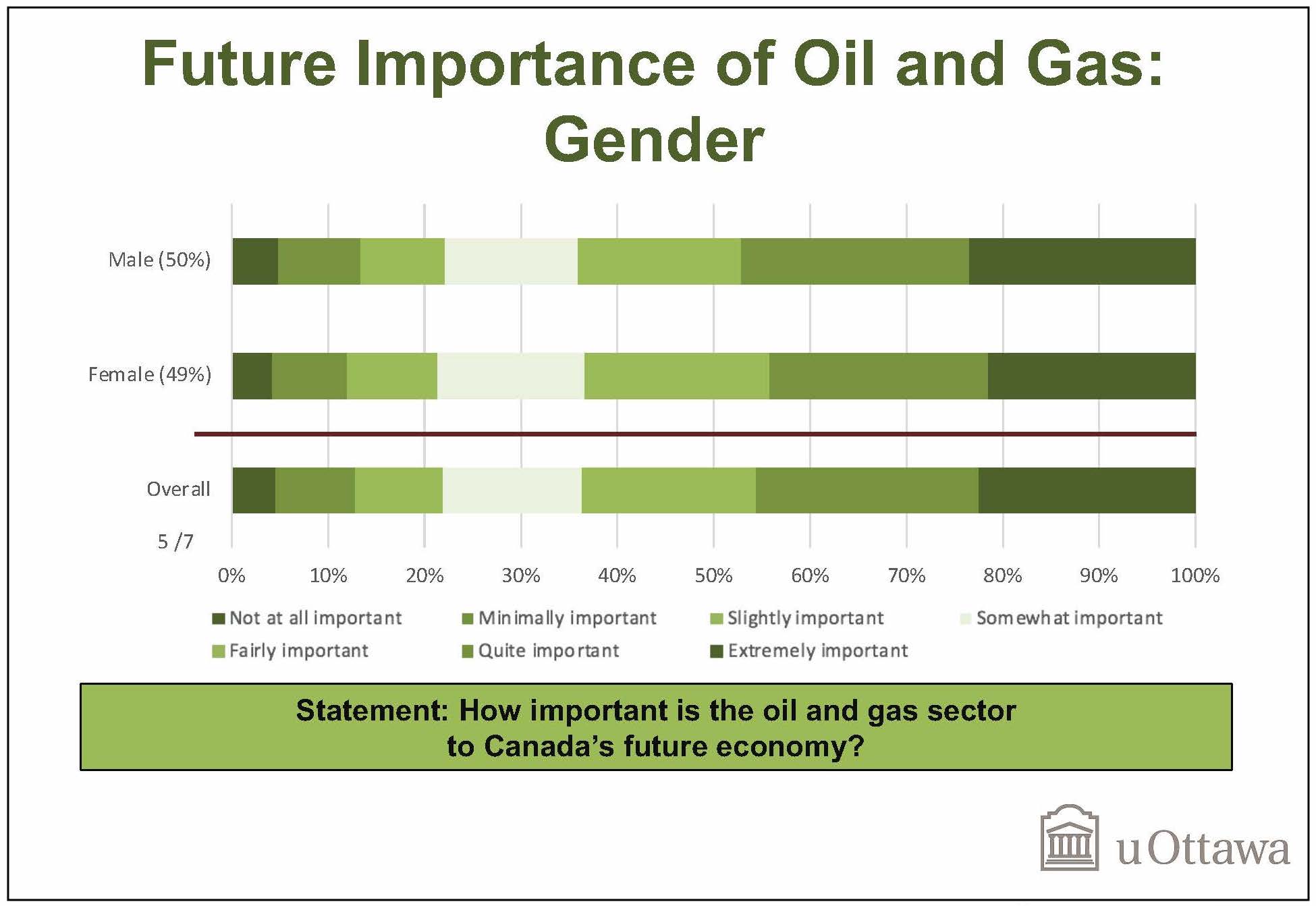 5. Natural gas is strongly seen as a tool Canada has to address global climate change

There is strong support for natural gas exports. As it happens, one of the strongest-growing energy supply segments is predicted to be liquefied natural gas (LNG), which is rapidly changing global energy trade. 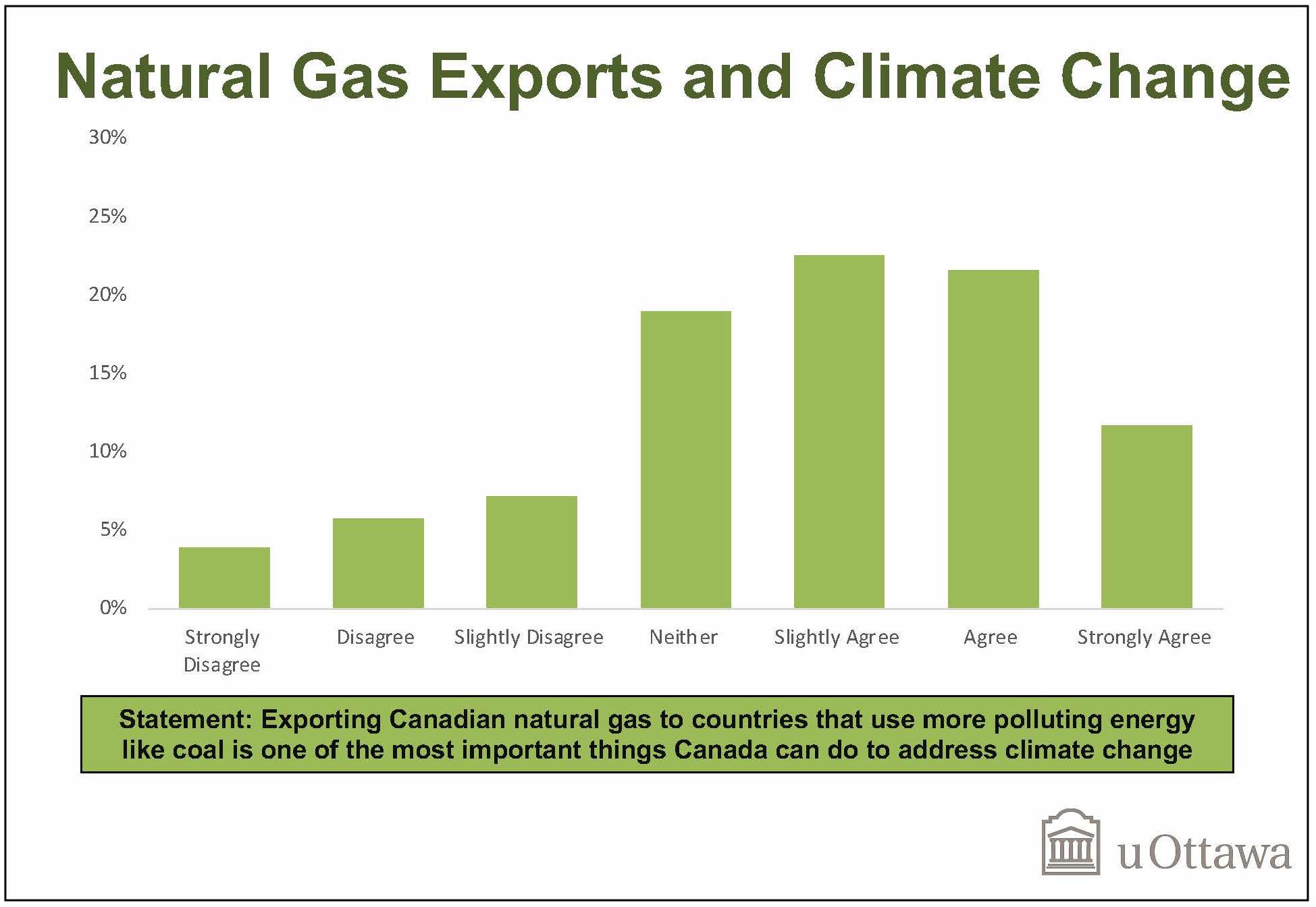 6. Canadians agree with expanded oil and gas production if its energy products have lower emissions than other countries

Overall emissions intensity in Canada’s oilsands has decreased by 29 per cent since 2000, and now matches that of oil produced in the United States. Thanks to ongoing innovation, this is expected to drop another 23 per cent by 2030. 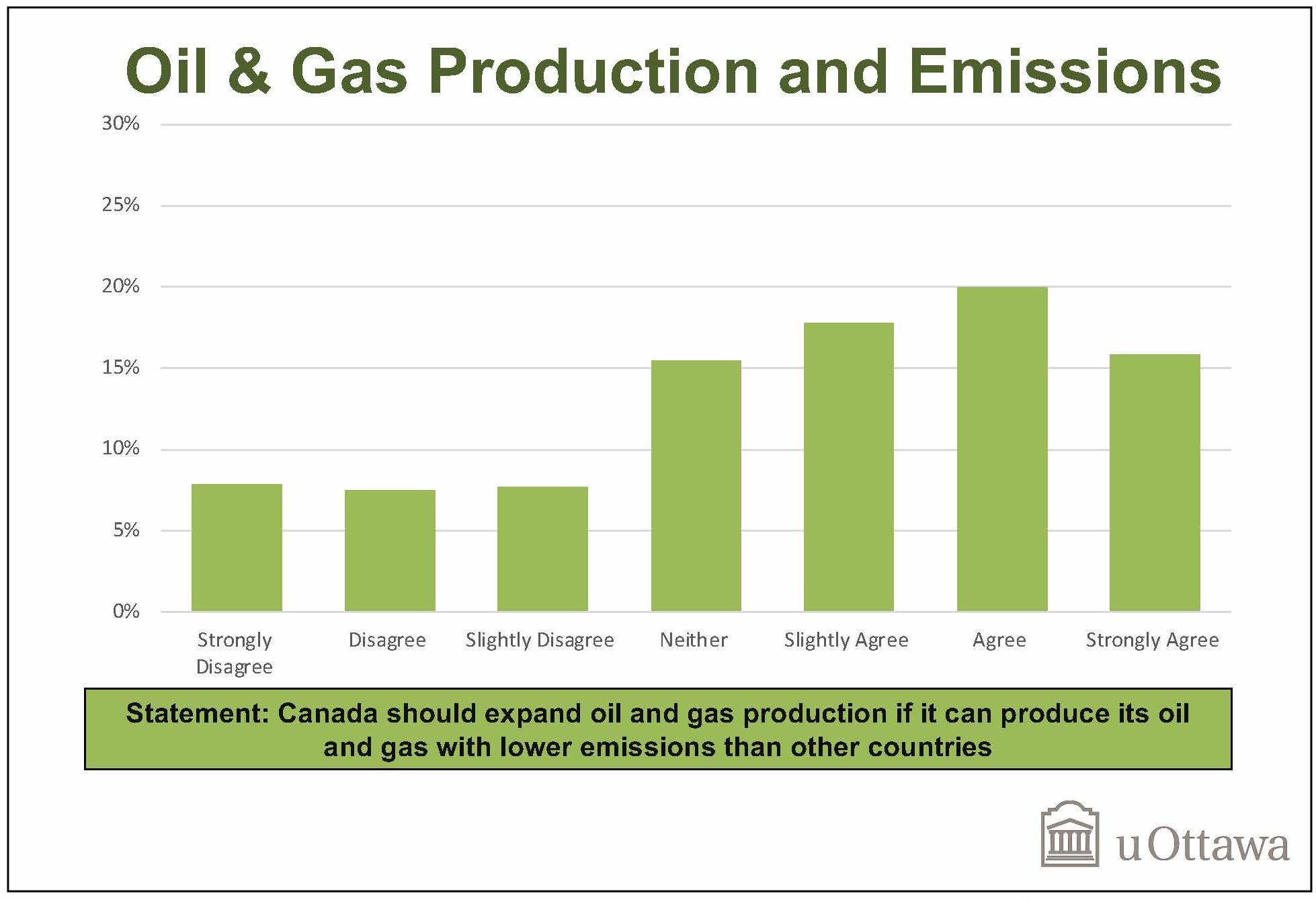 7. Canadians agree that with rising global demand for oil and gas, Canada should expand its exports

For many this topic will stimulate questions about the moral and technological dimensions of energy exports. Should those who are more successful at the equitable distribution of social benefits, and who invest most determinedly in innovation, be the ones to supply oil and gas in future? 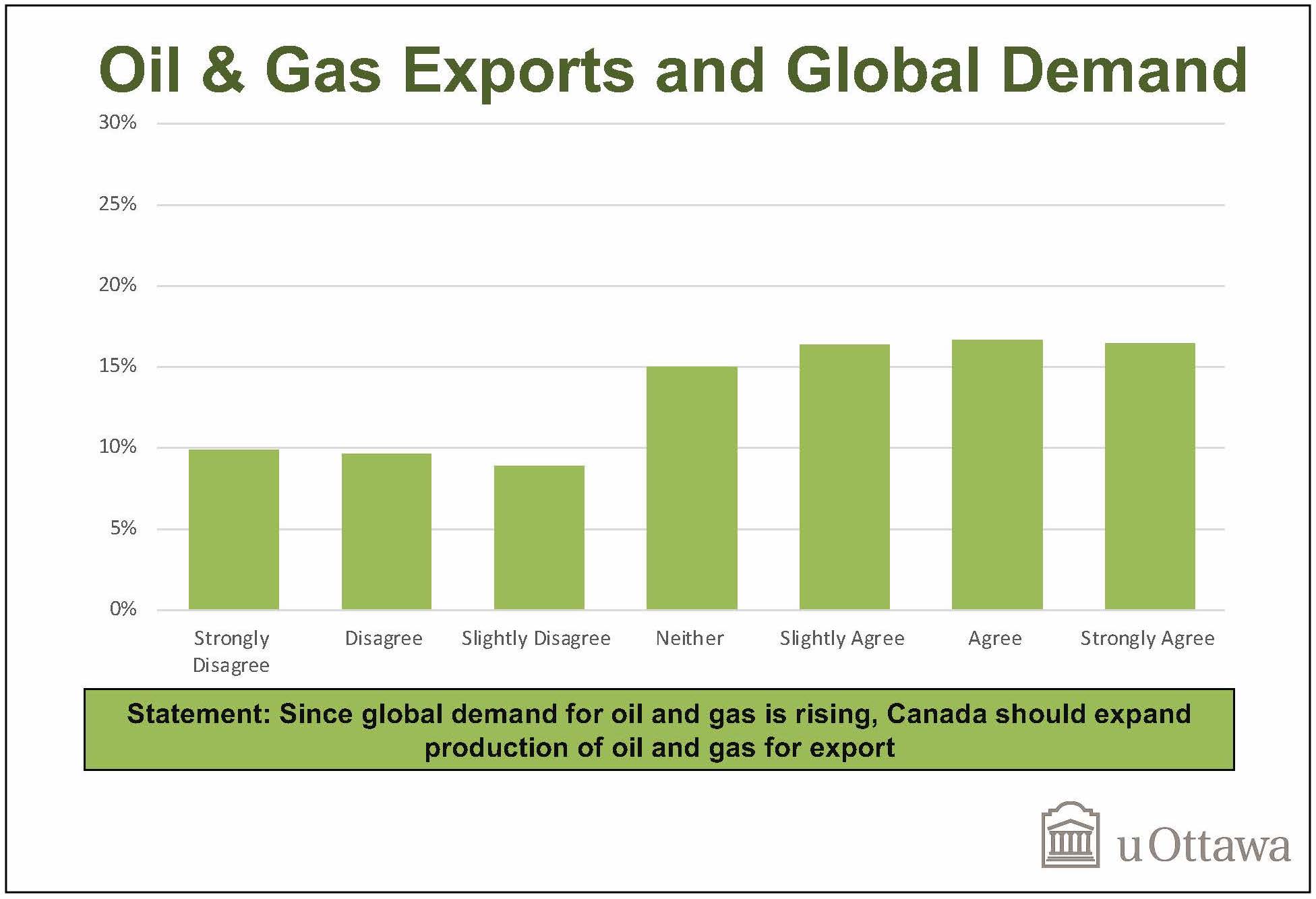 8. A high number of Canadians agree that it’s not necessary to phase out oil and gas production and use, because new technologies will dramatically lower emissions from oil and gas

This suggests Canadians have not made up their minds strongly either way on a key question. For those who are aware of the progress in using new technologies to reduce emissions, the challenge is clear: the Canadian oil and gas industry must act swiftly and effectively to show persuasively what's happening in the field. Also, more understanding is needed of what is meant by the term transition. 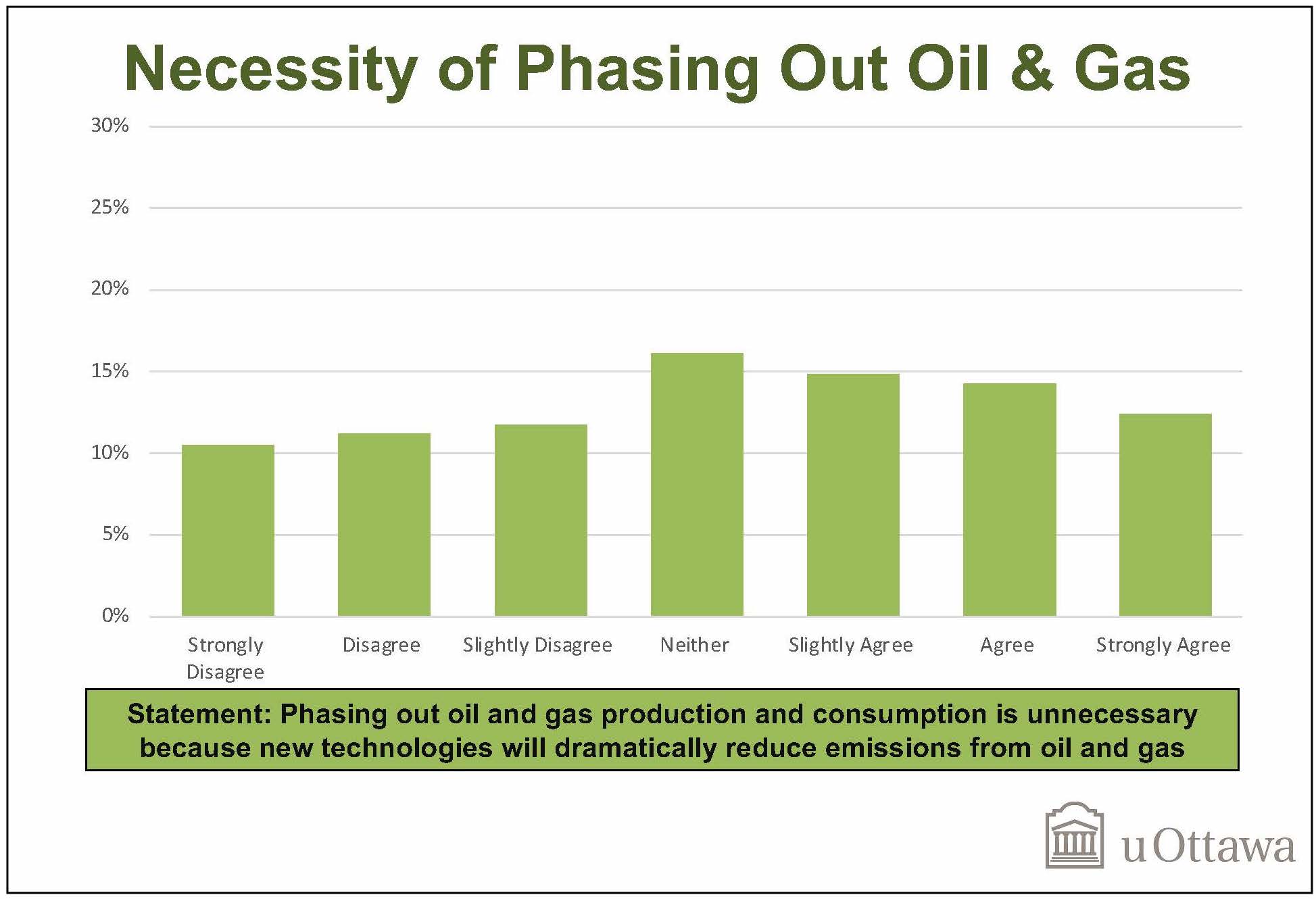 A call to action

It's clear that work is needed in some areas to promote the promising conditions for a rational discussion about the future of Canadian energy. The Task Force for Real Jobs, Real Recovery, with the support of organizations representing more than 3 million workers, is one source for that. It recently shared study findings that are based on the economic and environmental realities facing the country today.