A groundbreaking new study by Peter Severinson, research director for Resource Works, should dispel any lingering doubt that resource development is the foundation of Metro Vancouver’s economy

Severinson's report, available here, reveals that even a modest sample of British Columbia resource companies are huge contributors to stable employment and economic activity in Metro. Seven resource firms did $1.3 billion worth of business last year with nearly 1,700 suppliers in eight Metro municipalities. In Vancouver alone, 705 companies benefitted with $732 million worth of business.

Severinson’s report reminded me of a recent visit to a thriving Port Coquitlam company, Coast Automation, which is sustained by contracts with companies in sectors including mining, forestry and energy. (Severinson turned up 62 companies, representing nearly $20 million in annual business, in PoCo).

At the heart of the Coast Automation business is a team of technicians who are experts in installing and maintaining the automated systems needed to keep B.C.’s sawmills, oil and gas plants, and hydroelectric facilities operational. That’s in addition to the biggest portion of their business, which is helping mining companies with the equipment that processes ore and manages tailings. 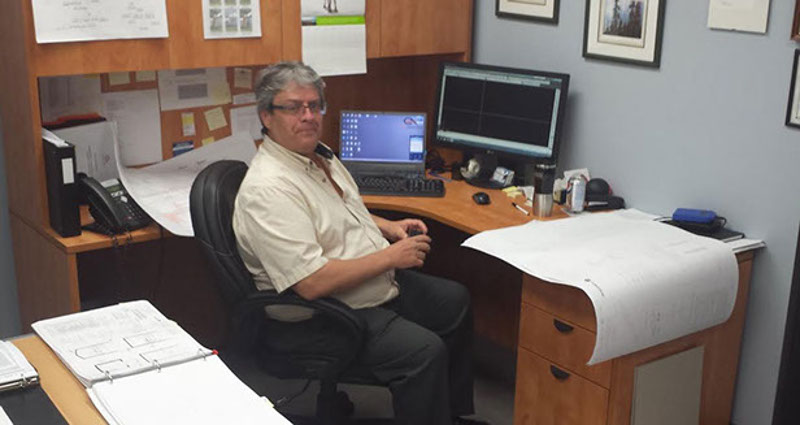 “We deal in the production end of things,” explains Blair Wilson, chief operating officer at Coast Automation. “We’re in the mills, or on a factory floor. Everything in those factories and mills, all the processes that are going on, the conveyor belts, the separation of the ore, is all done with machinery that runs on controls and automation.

“Our job is to go into make it run efficiently, make sure the machines talk to one another — and the end goal is to try to get production up. If we can go in and have a mill run at a high rate of efficiency, then it’s going to make more money in the long run. That makes the owners happy.”

This year, a resurgence in the B.C. forest sector has provided a lot of business.

“Wood products seem to be coming back so a lot of older sawmills are saying ‘We're going to ramp up production,’ or ‘We're going to go back in and turn the lights on again.’ “But equipment that was state of the art 20 years ago isn't up to snuff now,” Wilson said. “So they’re looking at what they need to upgrade their controls and automation systems. The saws work fine, but the system running it and feeding it might be out of date.

“It might be as simple as putting in new programs. Sometimes it's physical hardware. But it can get their production numbers up to where they need to be.”

“Corporate customers, mine owners; they want this information back at head office in Vancouver and we’re very adept at providing that. We set up reporting systems where the corporate customer can see how much ore they're producing, how many logs they're cutting.”

Total full-time staff at Coast Automation is less than 20. That includes technicians, sales people and engineers. Whether you're a technician or a sales person, you're paid very well.

And yes, it frustrates Wilson and MacDonald that the link between the resource sector in B.C.’s Interior and business operators in Metro is so easily overlooked.

“How are you going to build that new Skytrain system if you don’t have the steel to build it?” Wilson wondered. “I think people in Vancouver and Victoria forget that the number one economic driver in this province is natural resources.

“Of course all the head offices are here in Metro, so the opportunities here for young people in the resource sector are astronomical. A technician can live in Vancouver and just travel to the site all the time. It’s no different than fly-in and fly-out at Fort McMurray.”

MacDonald said he respects the contributions that environmental groups make to discussions about resource development, but believes it’s important to maintain perspective.

“I'm glad there are people out there trying to be a watchdog for the environment, but it's always good to have balance.  We need the resource sector. We need the wood that builds our houses. Where would we be with none of it?”

From 1981 to 2013, Scott Simpson was an award-winning reporter/columnist/editor at The Vancouver Sun, including a 10-year stint on the energy and mining beats. Other topics that interest Scott include innovation, technology, environment, transportation, government affairs, fisheries, and aboriginal relations.