As energy and mining ministers gathered in Halifax, the rubber hit the road on balancing the economy and the environment

To be able to change our energy system, Canadian industry has to innovate, and doing that will require deep financial resources to invest in research and development. The only way to do this is through a strong economy. Given the present realities of Canada's place in the world today, that means natural resources – oil, gas, forestry and mining.

The nation’s premiers sent a strong message in their new energy strategy that there are no simple answers. Canada must embrace innovation at the same time as ensuring we do not abandon our historic strengths.
But what are the detailed steps to achieve this? By my count there are six. No doubt energy and mining ministers talked about these during their annual conference in Halifax. 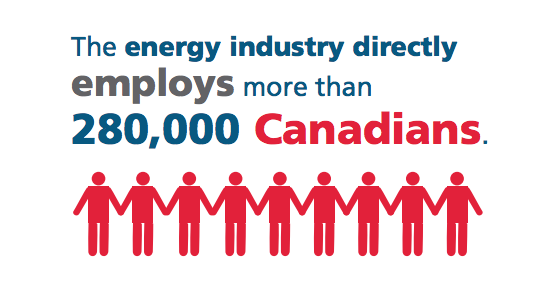 The first step is to ensure Canadians acquire a better understanding of the energy mix, and know what the lower-carbon transition that is already underway entails.
It has become commonplace for activists to accuse anyone who supports made-in-Canada resources, particularly those involving hydrocarbons, of being some kind of environmental criminal. The result is that many Canadians feel ashamed of their resources and harbour doubts that the benefits outweigh the risks.
What industry and governments must convey is that the way not to succeed with managing climate change is to cripple our mature industries that possess capital and human resources that are already getting us to our lower-carbon future.
2. Prosperity
One thing that needs to be conveyed more effectively is that dialing down the resource economy would mean reduced quality of life and lower international standing. Resource jobs are allowing Canada to create wide prosperity. Some facts:
We all rely on responsibly produced natural resource products. We cannot simply oppose their extraction and transportation, and the desirable jobs that result, with no viable alternatives in place. 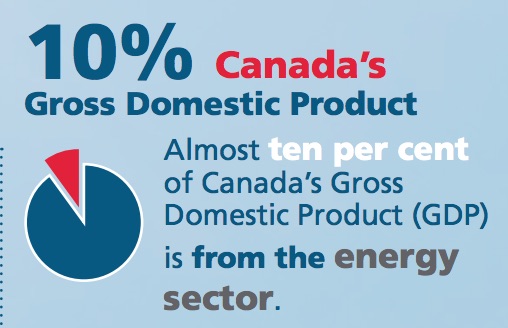 It has to be said that Canada can do a better job in innovation – but it is not as if we are total laggards. In British Columbia, more research and development dollars go to mining and petroleum than into aerospace, communications equipment, computers, pharmaceuticals and medical equipment combined.
Standing up for innovation means politely declining to go along with damaging divestment campaigns. Shaming Canada’s universities into symbolic and ineffectual acts of exclusion will only stigmatize the very resource companies investing the most in technological advances. 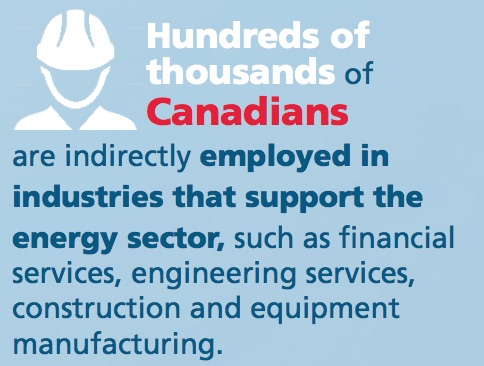 By signalling that Canadians should feel renewed pride in their resource industries, the premiers have shown us that it is time to close the door on an era of escalating cognitive dissonance.
For years now, millions of dollars have poured north of the border from American foundations concerned with environmental issues. Meantime, the United States has met with scant internal opposition to increasing its own oil production five times as much as Canada has. For some, this is evidence that casts doubts on the motivation of the many American-funded activists operating in Canada.
We are left with a ongoing scrap for the highest piece of moral ground.
The energy policy released in St John’s on July 17 is an important statement because it acknowledges complexity by refuting the black-and-white arguments that typically dominate the agenda.

Wind turbines need to be approved before they are built – and so do oil pipelines and LNG plants.
The St. John's document commits provinces and territories to improve the timeliness and certainty of regulatory approvals while maintaining rigorous protections. The premiers say they are committed to defending Canadian institutions, which is sorely needed at a time when some seek to diminish citizen trust in regulatory processes.
It’s time for more of the people who already understood this to come out of hiding so that others can stop being so bashful about Canada’s honest and skilled use of its natural legacies.

As the premiers have shown, a new self-awareness is arising. The truth is, a healthy energy sector should include include wind, hydro, nuclear, and, yes, responsible enhancement of fossil fuels.
Canadians who support a responsible resource sector can and must defend jobs, national sovereignty, innovation, and a positive trajectory toward a lower-carbon future.
We need more than platitudes. A full-scale social movement is required to ensure that authentic public voices are heard.
Stewart Muir is the founder of the Resource Works Society. He was a delegate to the 2015 Energy and Mines Ministers Conference in Halifax, July 17-19.
Posted on July 19, 2015