Opponents of emerging technology to reduce GHGs in the atmosphere are playing a dangerous game. Carbon capture is clearly supported by International Panel on Climate Change (IPCC) research. Stewart Muir reviews the situation. 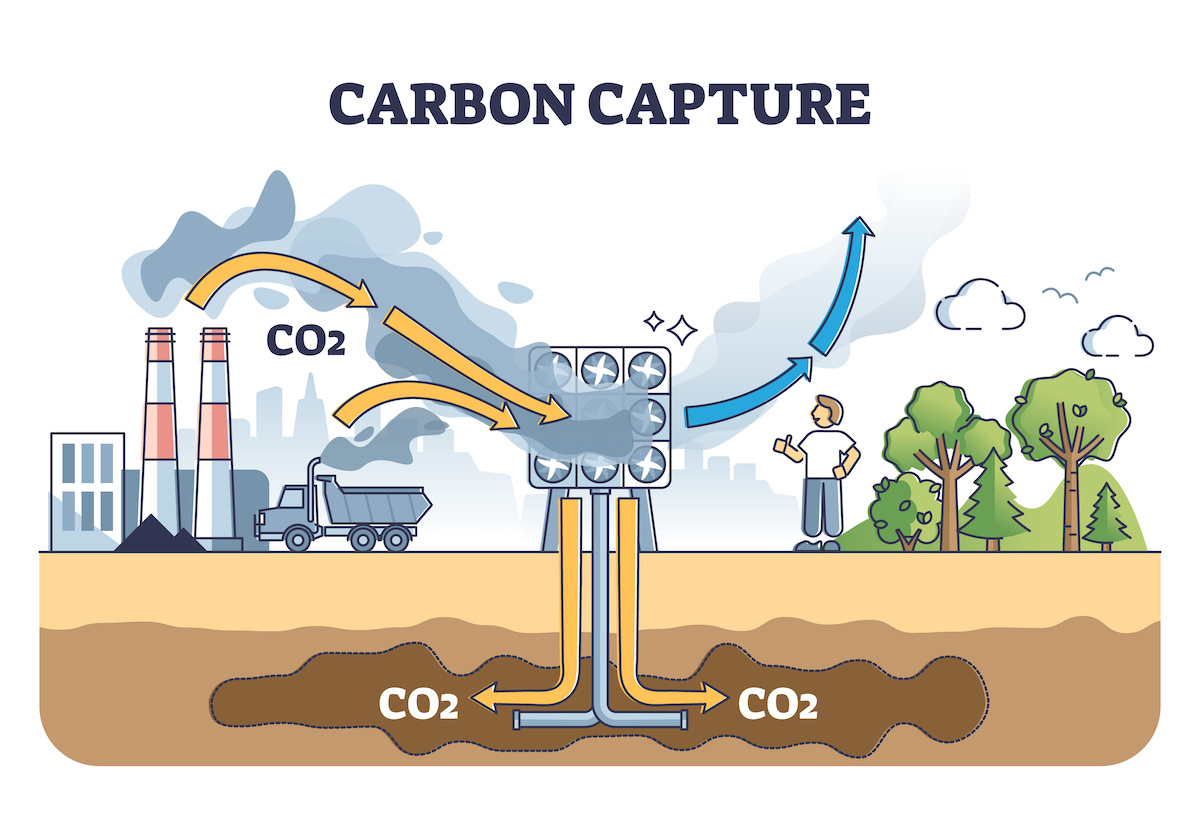 Purist climate activists are courting disaster with a new attempt to undermine confidence in a Canadian carbon capture project that has pioneered climate-friendly technologies now in use in Norway and The Netherlands.

It’s plain to see that a distaste for oil & gas is behind the Global Witness report Hydrogen’s Hidden Emissions. However, the idea that Shell’s Quest project in Edmonton is a failure is wildly off base. In fact, as I’ll show here, Quest succeeded in reaching its goals.

Carbon Capture and Storage (CCS) refers to a combination of technologies that capture and store carbon dioxide (CO2) deep underground, thus preventing its release into the atmosphere. Most climate change scenarios recognize that CCS is essential for decarbonization and for society to meet the goals of the Paris Agreement.

Check out the chart below from the IPCC Special Report on Carbon dioxide Capture and Storage. Notice that the amount of carbon dioxide captured by CCS by the end of this century is about the same as what would be prevented by renewable energy sources. 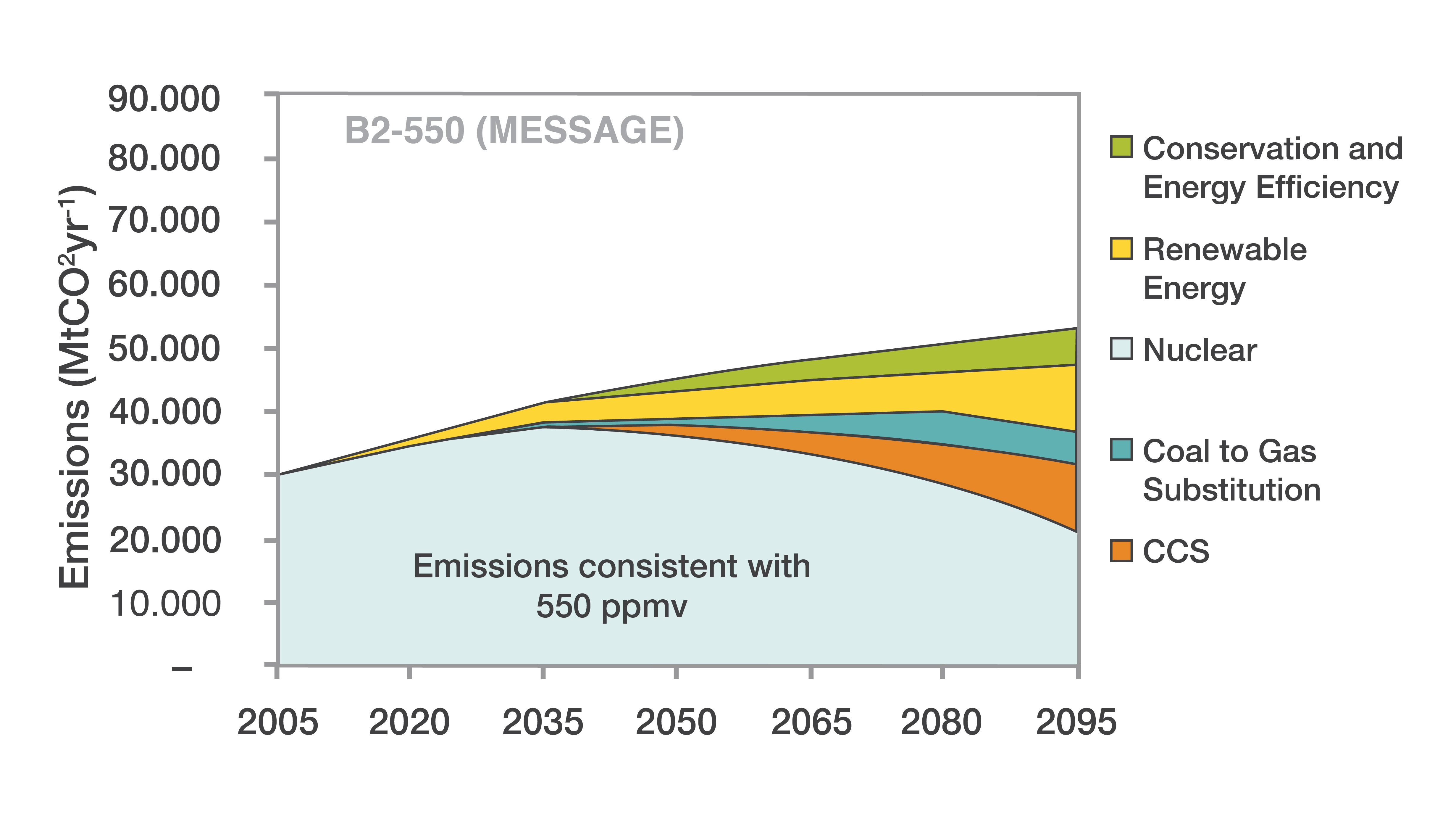 Considering that CCS can be applied to a number of industries that would be difficult to decarbonize without the technology – including petrochemicals, fertilizer, cement and oil and gas production – it does seem like a questionable idea to try to eliminate the solution.

In a new 2022 study, Canada 2022 Energy Policy Review, the International Energy Agency has declared Canada a global leader in carbon capture technology, because we are the location of four of the world’s 26 CCS projects.

CCS – like any other technology required to accelerate energy transformation – started out costly but over time as efficiency improves, those costs fell. The Quest project provided significant insights into what works well and what can be improved in CCS. Lessons learned from Quest have been integrated into CCS projects such as Northern Lights and Porthos internationally, and Polaris here in Canada.

Many experts, such as London-based hydrogen analyst Gniewomir Flis, were quick to object to the Global Witness study. Flis stated that “the idea that ‘carbon capture doesn’t work’ is fully refuted by Shell’s Quest project." In a Twitter thread, he took particular issue with how the study was interpreted by the press and many influential accounts.

Several years ago when I attended an energy conference in the United Kingdom, I learned that CCS technology developed in Saskatchewan was being used for a massive industrial CCS project at Teeside in the north of England. I agree that carbon capture technology has already been proved, the question now is how to scale it as quickly as it’s needed.

To set a few facts straight, I have confirmed the following information about the Quest project:

Quest was first proposed in 2008 as a CCS demonstration project to show large-scale CO2 capture. It uses dedicated CO2 storage in a saline aquifer. The facility is located at Shell’s Scotford Complex near Edmonton. This site is a refinery, bitumen upgrader and chemicals facility.

Quest captures CO2 from three hydrogen manufacturing units located within in the Scotford upgrader. The upgrader uses the hydrogen to convert bitumen into crude oil. Quest and the Scotford upgrader are operated by Shell on behalf of the Athabasca Oil Sands Project (AOSP) joint venture. AOSP is owned by Canadian Natural Resources Limited and an affiliate, Chevron Canada Limited and Shell Canada Limited.

The Quest CCS initiative was never intended to offset emissions from the whole plant. In implying that it was, and judging it a failure because of that false impression, the Global Witness study is misleading and perhaps dishonest.

Quest received $865 million in funding from the federal and provincial governments. Performance reports are published annually.

In my opinion, the attempts to smear carbon capture – and Global Witness's is hardly the first – represent a shortsighted, even malicious attempt to thwart beneficial technology. Decarbonization, to be meaningful, cannot be selectively pursued on the basis of dogma.

Every energy source has its issues. Let's not hold our breath expecting carbon capture technology that prevents 100% of emissions. Renewables also have limitations. Western Canada's biggest wind farm, Blackspring Ridge in Alberta, has a nameplate capacity of 300 MW, yet as I write on a relatively windy day in other parts of the Prairies it's generating only 56 MW. (AESCO data here.) The truth is, we need more energy of every type – and mitigating technology of all kinds.

As former Pembina Institute head Ed Whittingham and a co-author state in a new article in the National Observer: "Put simply: Canada and the world need carbon capture in the toolkit to address climate change and meet international climate obligations."

It's unclear what the Global Witness motivation is, except a general sentiment that "fossil fuels are bad". Perhaps there is a naive, zero sum view that every dollar spent on carbon capture is a dollar taken from renewables. (This is the thought process we see with campaigns aimed at fossil-fuel subsidies, which in most cases turn out not to be subsidies at all.)

Given that four fifths of the energy humanity uses today is from fossil fuels, it's very difficult to see why it does not make sense to mitigate their obvious negatives, rather than eliminate them wholly. It's time for a practical approach. For those in the energy transformation business, they better be prepared to give as much thought to the cultural and social context of their work as they do to the technology itself.