INFOGRAPHIC: A report titled Canadian Crude Oil Transportation: Comparing The Safety Of Pipelines and Railways" compares incident and spill rates of pipelines and Canada’s Class 1 railways from 2012 to 2014.

Infographic is based on this study released in December 2015. Read what the head of Canada's railway association had to say about it, here. 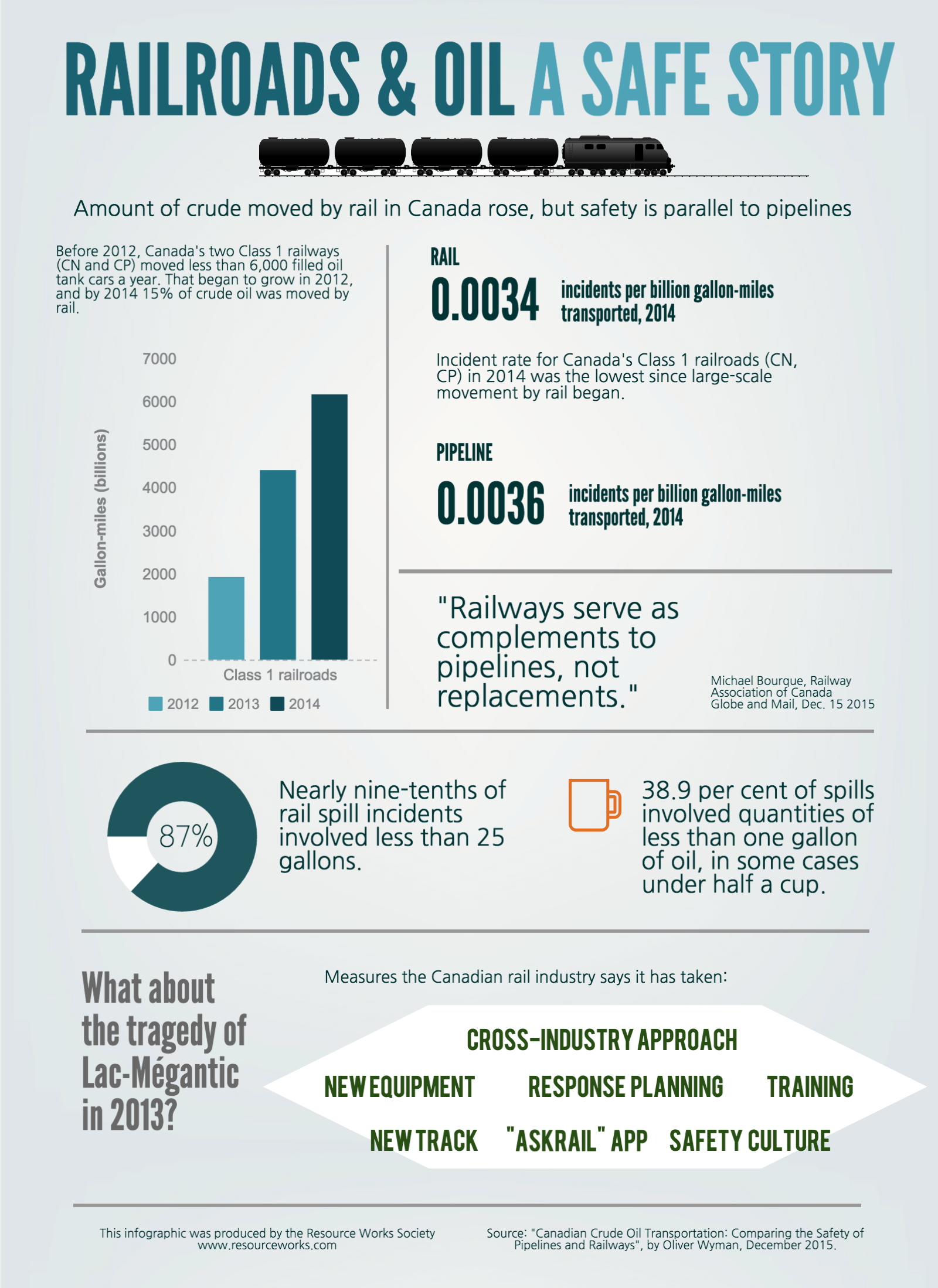