Join us at Jack Poole Plaza to send a clear message to government that the people of Canada know it is time to stop playing politics and get on with vital resource infrastructure that is in the national interest.

Resource Works, Canada Action, Debunk, Generation Screwed, Rally for Resources, Northwest BC for Responsible Growth & Prosperity and other organizations are bringing together a diverse group of resource supporters for a Rally in Vancouver For Our Shared Future. 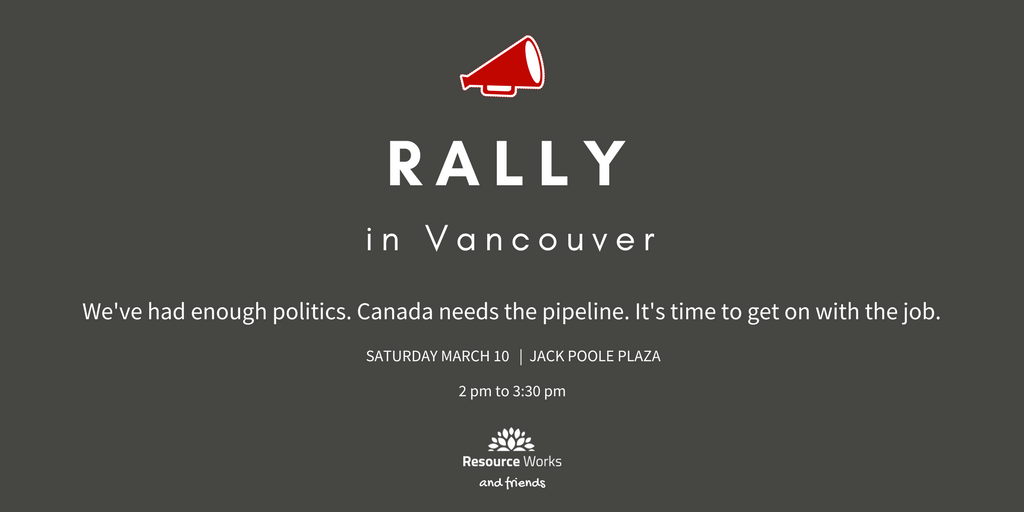 For no good reason, prolonged agitation against approved projects – the Trans Mountain pipeline expansion being a prime example – is putting Confederation and middle-class affordability at stake.

Failing to proceed with the Trans Mountain pipeline would be devastating for B.C. and all of Canada. The same is true of other vital infrastructure.

On March 10, we are rallying to send a clear message to government that the people of this province know it is time to stop playing politics and get on with it.

The simple truth is we don’t have enough pipeline capacity to ship our oil to market, and that hurts us all in higher gas prices, lost tax revenue, lost business opportunities, and lost jobs:

It is a myth spun by vested interests that all First Nations oppose the Trans Mountain project. In fact, 51 First Nations have publicly supported this pipeline, and the project will create many jobs and training programs for people of First Nations heritage. Denying this project would be to deny First Nations the tools needed to take charge of their own futures. We'll be hearing from indigenous Canadians about their perspective.

There is no question more tankers will be in our waters as a result of this project. They will be coming to a safe, existing port with outstanding pilot services and established spill response infrastructure in place.

BC’s NDP government sparked a trade war with Alberta over this pipeline that seriously impacted our wine industry before Horgan backed down. That highlights the serious consequences of not moving forward with this project, and just how important it is to all of Canada and all of our industries. 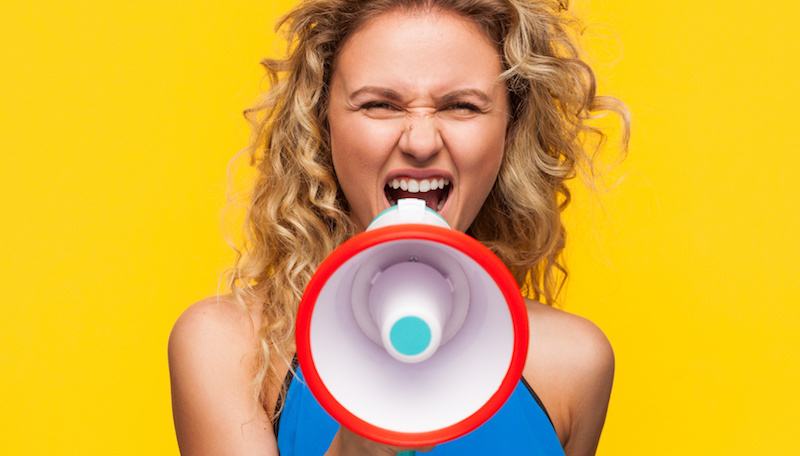