Resource jobs have always meant opportunity for hard-working British Columbians. Consistently higher-than-average wages in sectors like forestry, mining, oil, and gas have allowed workers to support themselves, support their families, and contribute back into their communities. That's been true throughout BC’s economic history.

Almost exactly a year ago, we went to University of Calgary economist Trevor Tombe to find out which sectors paid workers most. His findings didn't come as much of a surprise.

Tombe found that the highest per-hour wages in Canada are earned by those in natural resources. And they were not just a little higher — these paycheques came in way, way higher. Oil and gas extraction stood head and shoulders above all the rest at over $90. Mining was next highest at $50. Support jobs for mining and oil and gas rated in the high $30s. Apparently, Canada’s role as a responsible innovator in commodity production is matched by the resource sector’s ability to pay good wages.

Jobs that create export value are generally the ones that pay the best wages. Just take this comparison of wages in 1960s Campbell River. 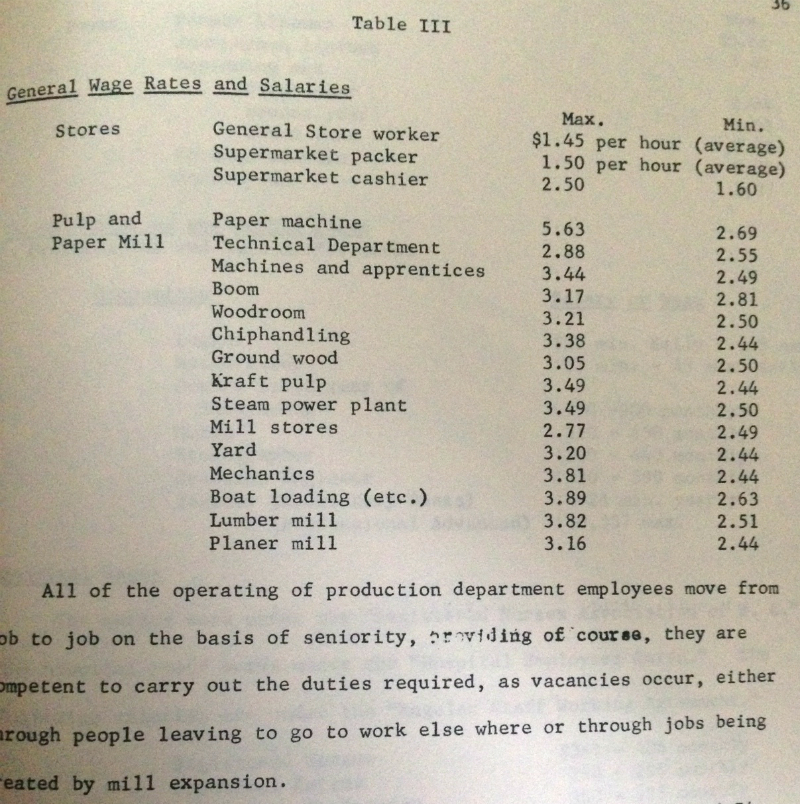 Supermarket cashiers typically didn’t make more than $2.50/hr – yet that was approximately the minimum for pulp and paper mill workers!

Natural resources do lots for the economy and job creation is just one, albeit very important, part of that impact.