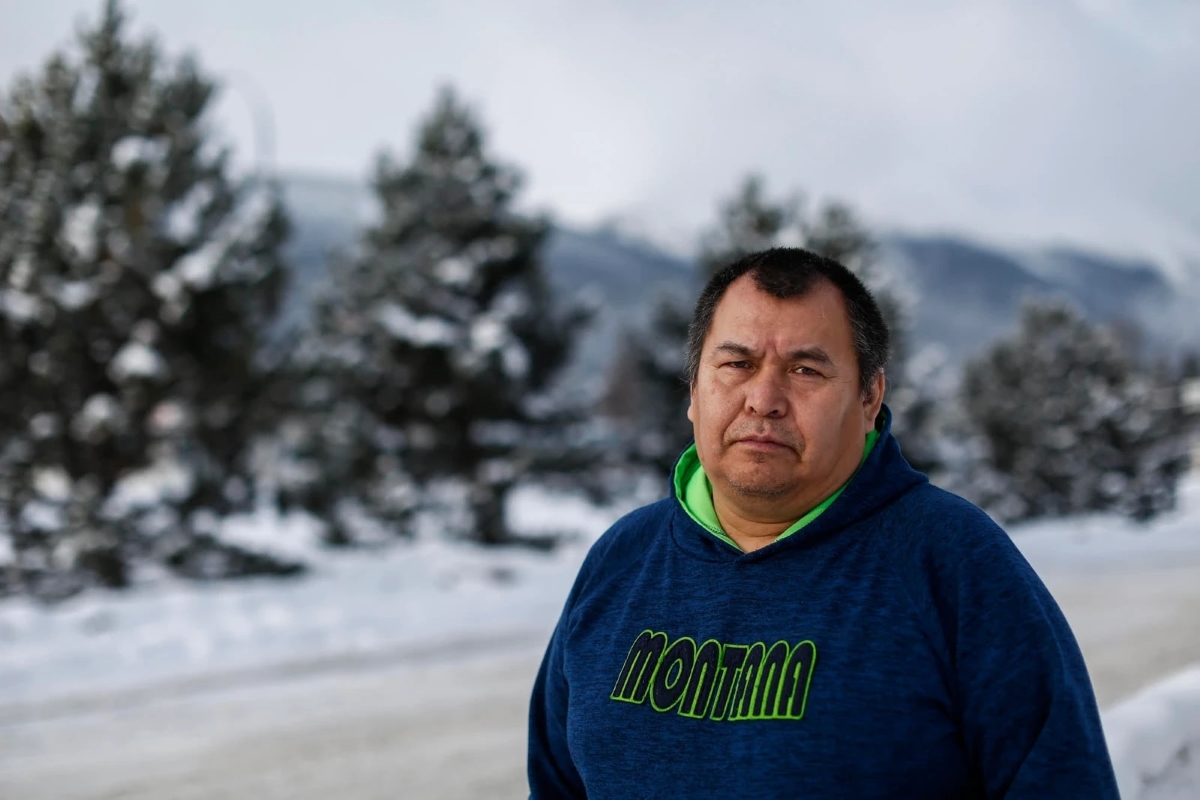 Philip Tait, Wet'suwet'en of Beaver Clan, employed by the Kyah Resources, a contractor for CGL. Photo from Vice.

British Columbians have lately been hearing a lot about the Wet'suwet'en people. But, as new blockades and anti-pipeline protests appear in the province's north, the loudest voices are not always representative of the community. In fact, in this case, the loudest chorus comes from outsiders.

Despite what you might hear on social media, the vast majority of impacted First Nations along Coastal Gaslink's (CGL's) pipeline route took advantage of the opportunities consultation afforded them. That list of 20 First Nations includes Wet’suwet’en First Nation and other elected band councils.

In fact, in December 2014, during consultations, Wet'suwet'en First Nation signed a natural gas pipeline benefit agreement with BC for the CGL Pipeline.

For governments with limited income and employment sources, that new revenue could mean a future previously thought impossible.

Karen Ogen-Toews, former elected chief of the Wet'suwet'en First Nation and current elected councillor, remains a vocal supporter of the pipeline, having signed one of the approval agreements.

"I've done the right thing for our people and my heart is in the right place... If our people are living in poverty, the way to overcome it is through proper training, trades, education and a job." 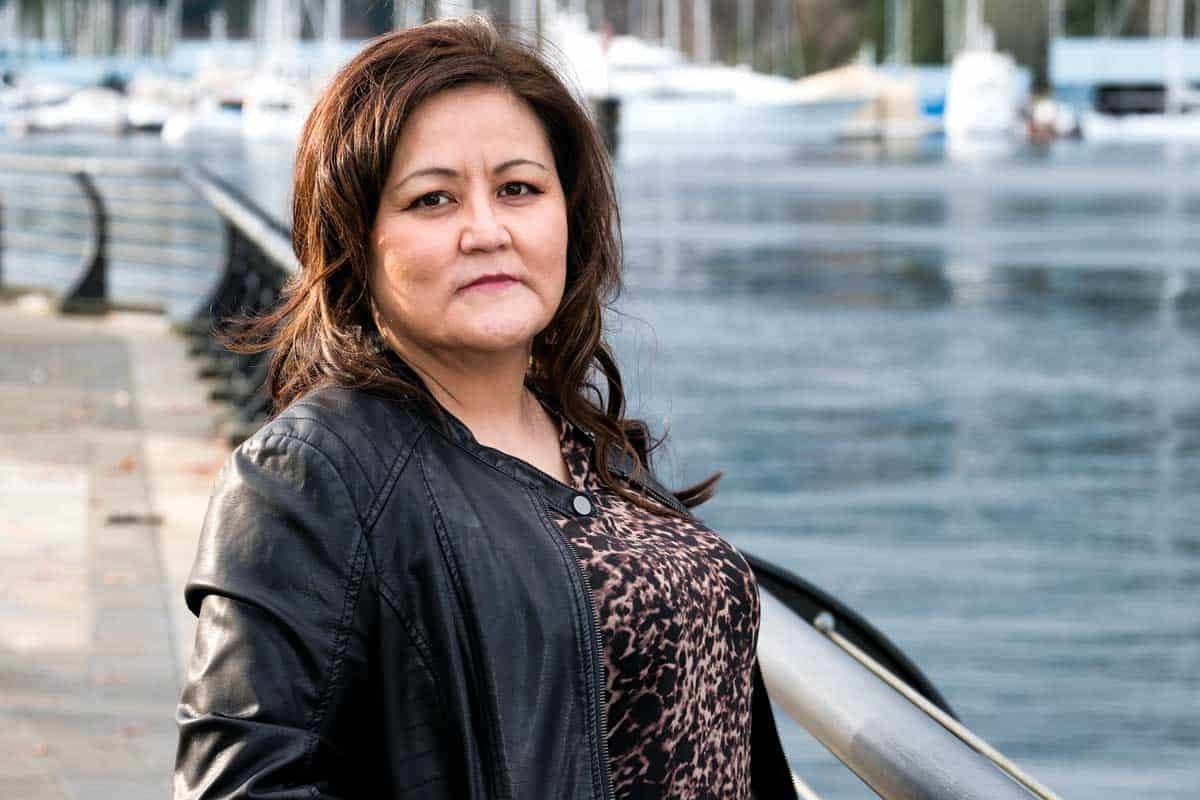 By September 2018, CGL had signed agreements with all 20 elected Indigenous bands along the pipeline route.

Gary Naziel, a councillor for Witset First Nation and hereditary sub-chief, said: "This project will provide jobs, contracts and financial benefits that Witset First Nation can use to enhance programs and initiatives for our citizens, such as language and cultural programs. We look forward to continuing to work together with the Coastal GasLink project toward these common goals."

CGL also offered a 10% stake in the $6.6 billion project to the 20 First Nations whose elected leadership signed agreements. Other benefits include $1 billion in employment and contract opportunities for local First Nations and additional training and scholarships for workers and students. In January 2020, Indigenous workers comprised 25% of the pipeline's active workforce.

According to the Canadian Energy Centre, "The Coastal GasLink agreements (and other, future resource projects) have the potential to provide revenues to communities where existing own source tax revenues are scarce. Also, direct work on pipelines or other resource projects including from future spin-off economic activity has the potential to raise employment rates and lower unemployment rates."

Philip Tait experienced this first hand. The Wet'suwet'en member of Beaver Clan drives a haul truck for Kyah Resources, a business owned by Witset First Nation and Moricetown Band Development Corporation. The company was hired to help build the right-of-way for the pipeline. 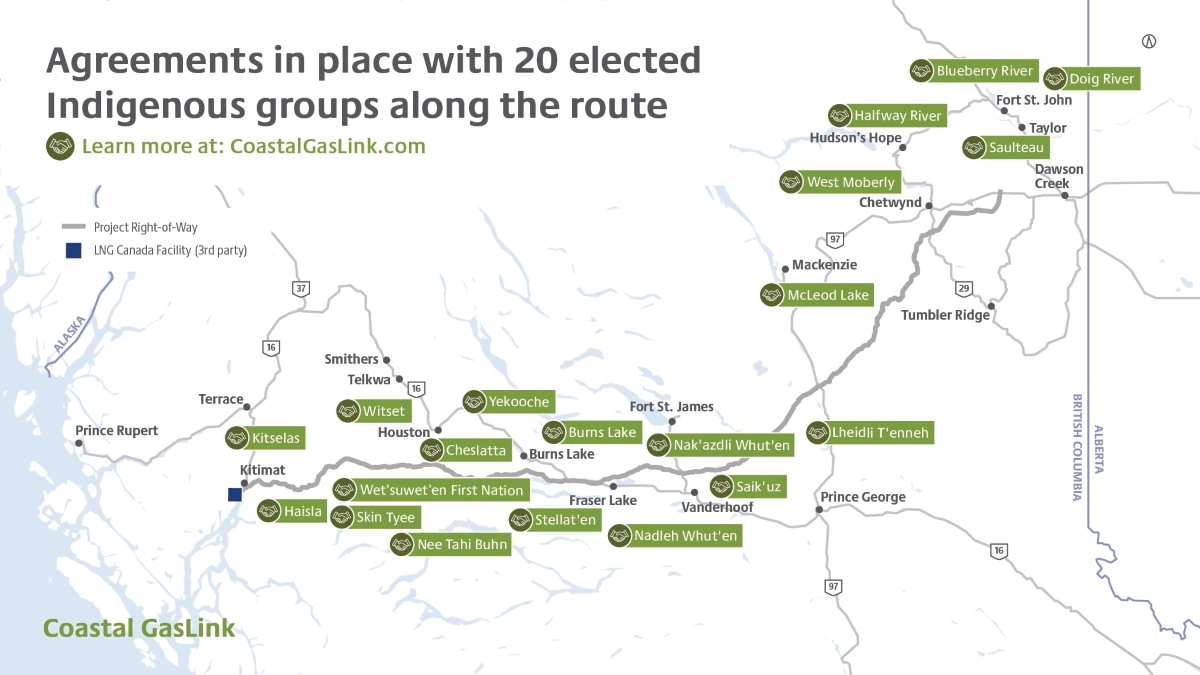 Tait used to work in forestry. But, he said, "with the forestry going down, we need every little bit more that we can get right now. And this is going to pump a lot of money into the taxes and into the communities and feed a lot of families.”

But not everyone shares Tait's practical concerns.

“On social media, if you’re against the hereditary chiefs, their supporters jump right on you. Right from the beginning, I’ve said I’m going to say my piece and I’m not going to be bullied,” he said.

In the past, Tait had been prevented from accessing his worksite by blockaders. In the small community, it's easy to notice locals. Yet, when Resource Works interviewed Tait, he said he only saw two Wet'suwet'en at the blockade.

"These people are stopping me from going in, and they're not Wet'suwet'en. And I found it a really hard feeling to find other people stopping me to work on my own land….my experience with all the people I talk with, my friends and other people, they are for it. Because our band council and our chief, they made the deal. And they were voted by the people of Moricetown [Witset]. And I believe they were right.” 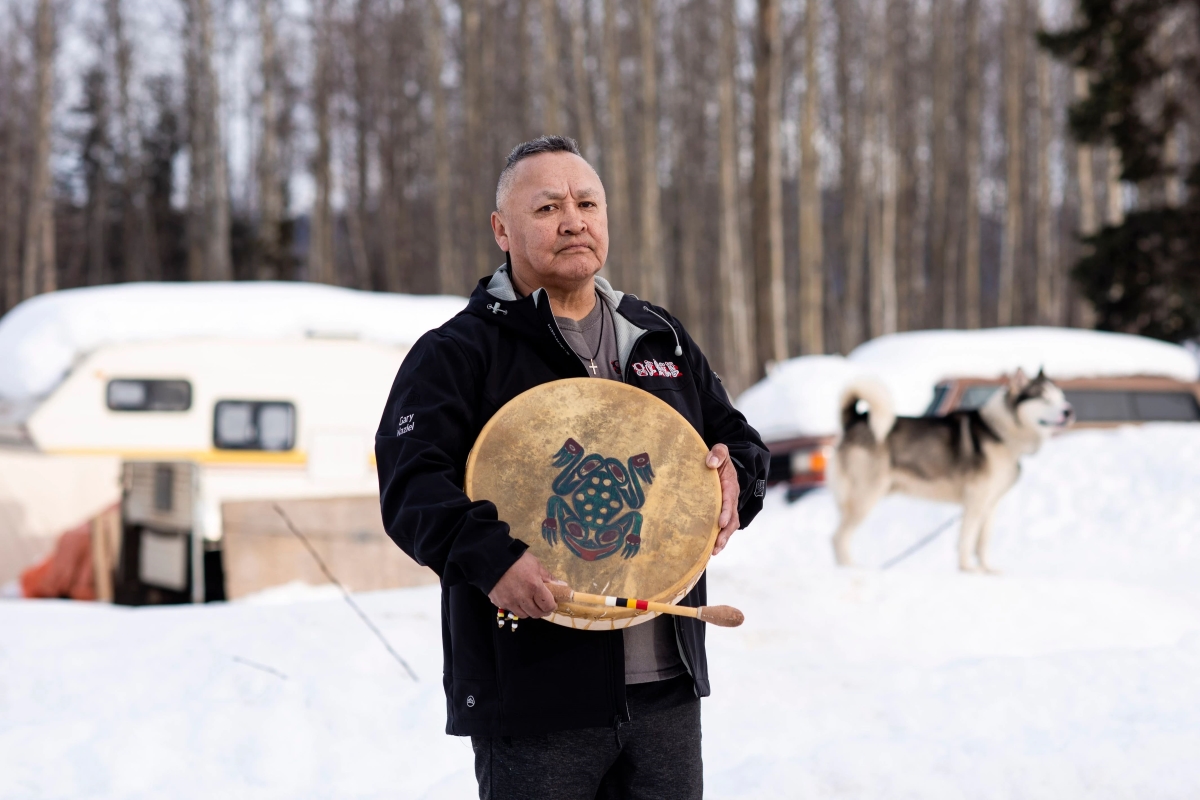 Other Wet'suwet'en community members shared Tait's frustration at the actions of outsiders claiming to speak in their name.

“There’s a lot of people out there that don’t even belong from Witset," said Clement Mitchell, a Witset band councillor.

"They’re kinda ruining our names and stuff like that. Making us look bad... If they’re not natives from our village, they shouldn’t even be involved in what’s going on.”

Bonnie George, a respected member of the Wet'suwet'en community, agreed.

"The Wet’suwet’en nation that’s been publicized in the media right now [is] only a small group that doesn’t represent that nation... the negative things that are happening in the media, all the protests... it’s shedding bad light on the Wet’suwet’en people", she said. George says her clan elders do not like what they see.

"They said, in our language, 'we say kai ays lee,' which means, 'it’s shameful.' It’s shameful to our people, and it hurts my heart."

That environment of fear persists in the community. In fact, blockade figures from central Canada, with the blessing of a faction of anti-development chiefs, have escalated tensions through illegal, dangerous, and intimidating behaviour. 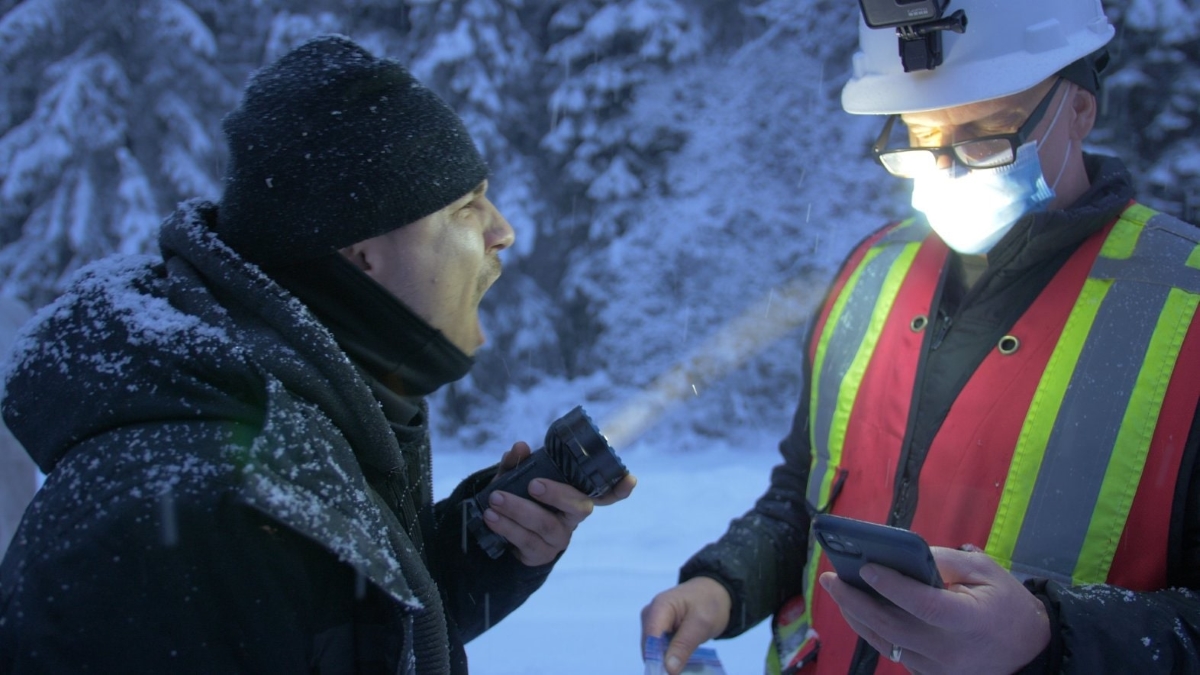 Corey Jocko of the Haudenosaunee, or Iroquois, intimidating a CGL employee.

Those agitators recently jeopardized the safety of over 500 workers when they stole an excavator and destroyed the only road out of the workers' lodge as food, water, and medical supplies ran low and flooding ravaged the province.

But if CGL has widespread support from community members, elected governments, and even some hereditary leaders, why do blockade figures persist in persecuting dissenting voices and threatening workers?

When outsiders, especially non-Indigenous outsiders, tell an Indigenous community that they don't have the right to economic self-determination, one has to wonder if they are pushing eco-colonialism, not reconciliation.