Seeing double on BC bitumen refineries

No, it’s no optical or cerebral illusion: There really are two rival proposals to build in BC a “green” oil refinery to turn Western Canadian oilsands bitumen into refined fuels for export.

The first project made public is that from newspaper magnate David Black, who proposes the big Kitimat Clean refinery:

“The refinery will feature state-of-the-art design, specifically for processing Alberta oil sands heavy crude oil, and engineered to be the cleanest upgrading and refining site in the world.”

The second announced is from another private company, Vancouver-based Pacific Future Energy:

They have more in common than a green vision: Both have eyes on locating on the Dubose Flats, halfway between Terrace and Kitimat.

Both would bring in bitumen by rail for processing. Both would produce gasoline, diesel, and jet fuel.

Kitimat Clean proposes to move its export product to Very Large Crude Carrier tankers by way of pipelines to a proposed marine terminal on Douglas Channel, about 12 km south of Kitimat.

Pacific Future Energy has yet to resolve how and where its products will get to tidewater. It has specified it will not be on Douglas Channel. It proposes smaller tankers, perhaps at a marine terminal on Portland Inlet, north of Prince Rupert.

Both promise jobs and spin-off benefits: Pacific Future Energy talks of 3,500 jobs during construction and 1,000 after that in operations.  Kitimat Clean speaks of 6,000-7,000 workers for construction, followed by 1,250 full time jobs during operations.

Both propose to bring in pre-built refinery modules from overseas and assemble them on site.

Pacific Future Energy was the first to submit its initial “Project Description” to federal and provincial regulators, on January 14 this year, and to First Nations in the region. Kitimat Clean submitted its project description to regulators on March 31.

Each will follow that up with a final, updated project description, and that would kick off, for each, a government and public review process that could last up to two years.

A key factor for both of them will be consultation with regional First Nations, primarily the Kitselas and the Haisla. There simply won’t be any refinery without First Nations acceptance.

The pundits in Ottawa and Victoria suggest (if they are reading their tea-leaves correctly) that both governments may yet find a way to let at least one oil pipeline be built to tidewater from Alberta.

Behind that is the uncomfortable fact that while Canada has the third-largest oil reserves in the world, it has very limited ways to move it to export markets. Thus 98% of our exported oil is sold to the U.S.—and that means at prices set by that one customer. This costs Canada an estimated $20 billion a year.

Doing more refining of our oil at home is therefore an attractive proposition, exporting refined fuels and keeping money and jobs here in Canada. No new refinery has been built in Canada since 1984.

Whether either or both of the above BC projects goes ahead is a matter of time, of financing, and of First Nations approval.

Resource Works wishes both of them the best of luck. 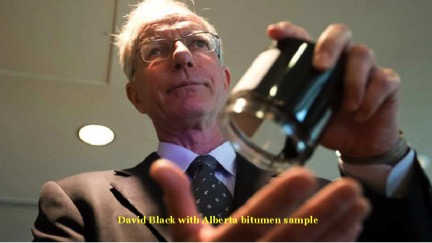