Seeing the future of Canada

Natural resources will drive nation's growth over next 10 years: survey of executives 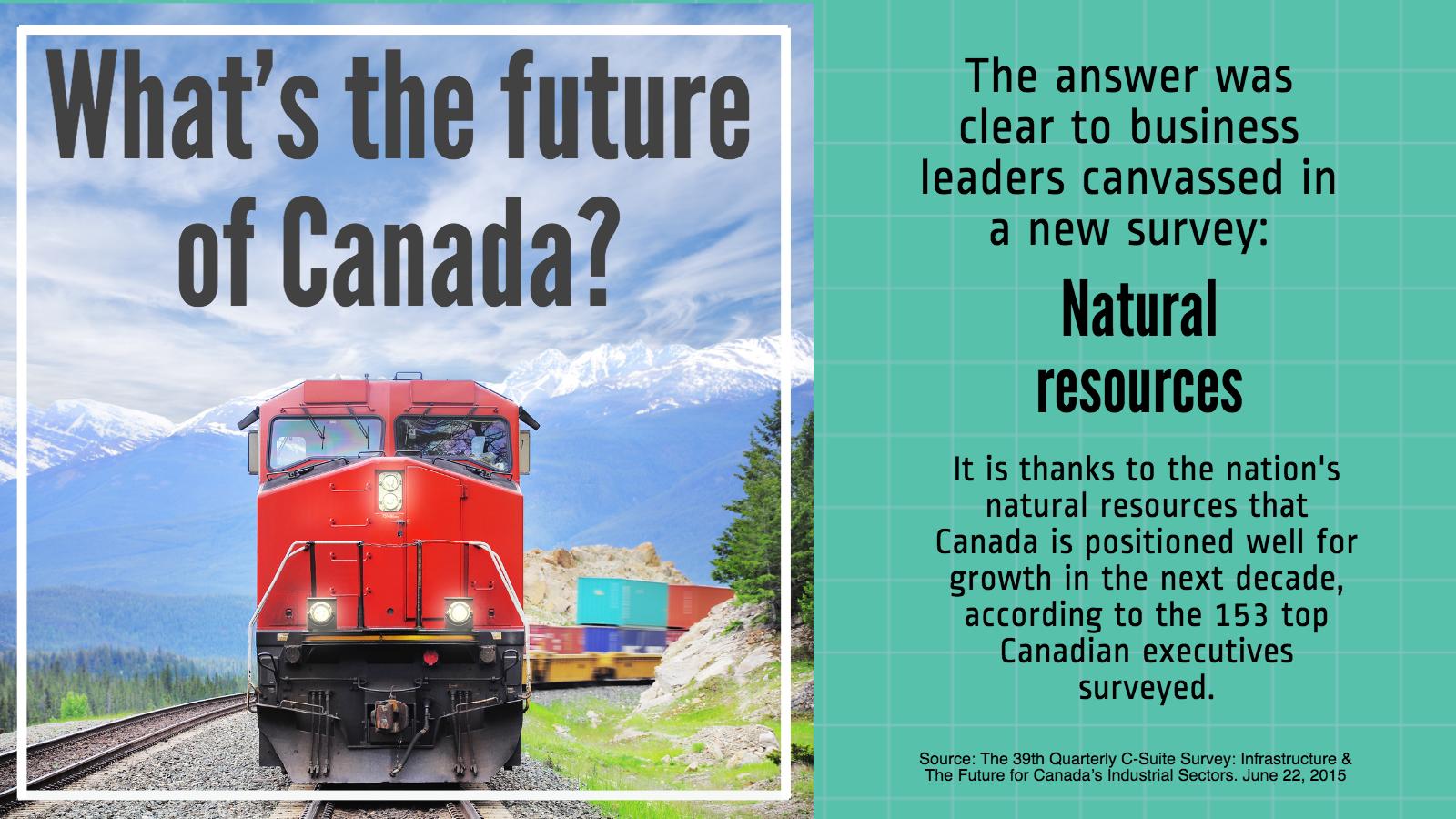 After basic structural elements, natural resources as a category were deemed to be the single most important factor in Canada's economic growth in the minds of top business leaders.

That is a key finding of the 39th Quarterly C-Suite Survey: Infrastructure & The Future for Canada’s Industrial Sectors released on June 22, 2015.

Although media coverage can often focus on the glamour story that is high-tech, executive responses showed there is no mistaking the foundational role that natural resources play in the Canadian economy.

LNG may have its skeptics at home in British Columbia, but C-suite executives have connected the dots on natural-gas exports. They see a viable industry. Natural gas, which is enabling the creation of the new Canadian LNG export industry, has created bullish thinking among executives, especially in western Canada.

Seventy eight per cent of C-suite inhabitants from the west see strong potential while 89 per cent of executives in the oil-and-gas industry shared that view.

Seventy-one per cent of respondents said they believe natural gas will be more important to the economy in a decade’s time. This suggests that executives have recognized that offshore exports, which is one of the few options for gas industry growth, will take off in the form of liquefied natural gas projects on the nation's west coast.

Infrastructure investment is a concern to the c-suite, with roads and public transit right at the top of the list of public spending priorities that would benefit companies the most.

Energy pipelines were deemed to be next most important on the list, ahead of areas such as telecommunications and social services.

The survey also found that renewable energy, natural gas and the service sectors will be more important than other areas to Canada’s economy in a decade.

The increased importance of renewable energy and natural gas relative to oil suggests that the C-suite survey group expects changes in the energy sector in the future, possibly from climate change and carbon pricing. 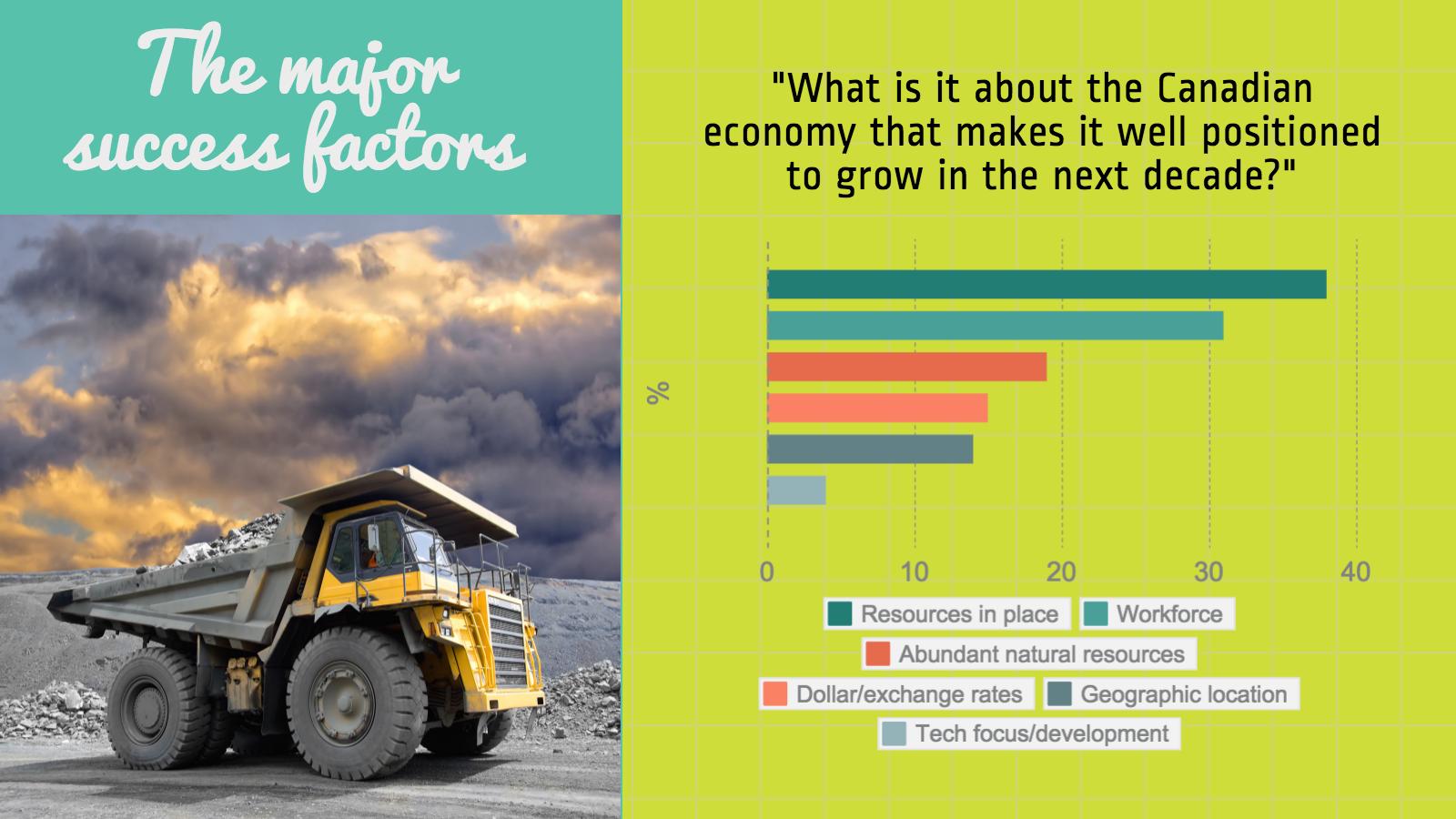 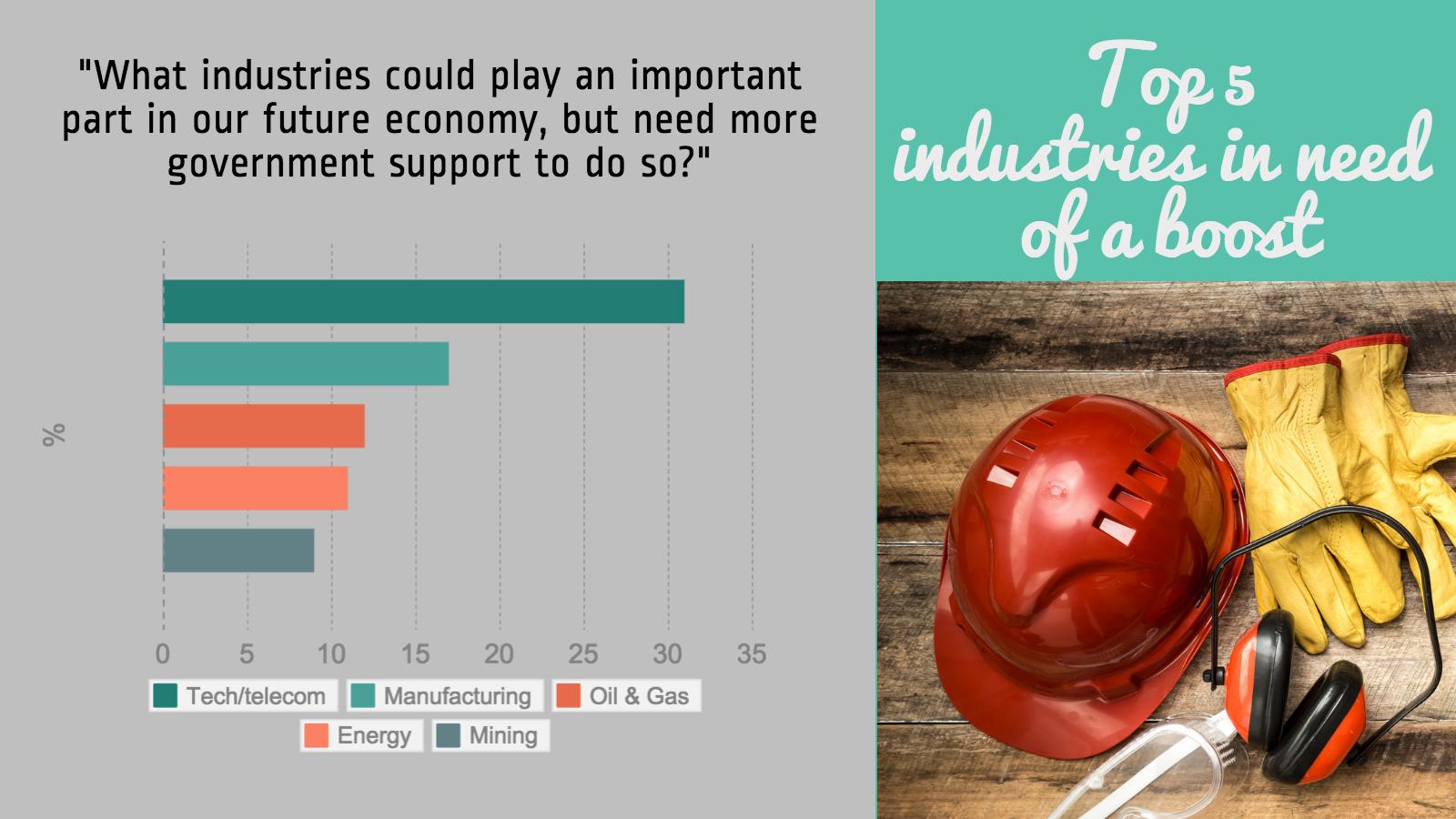 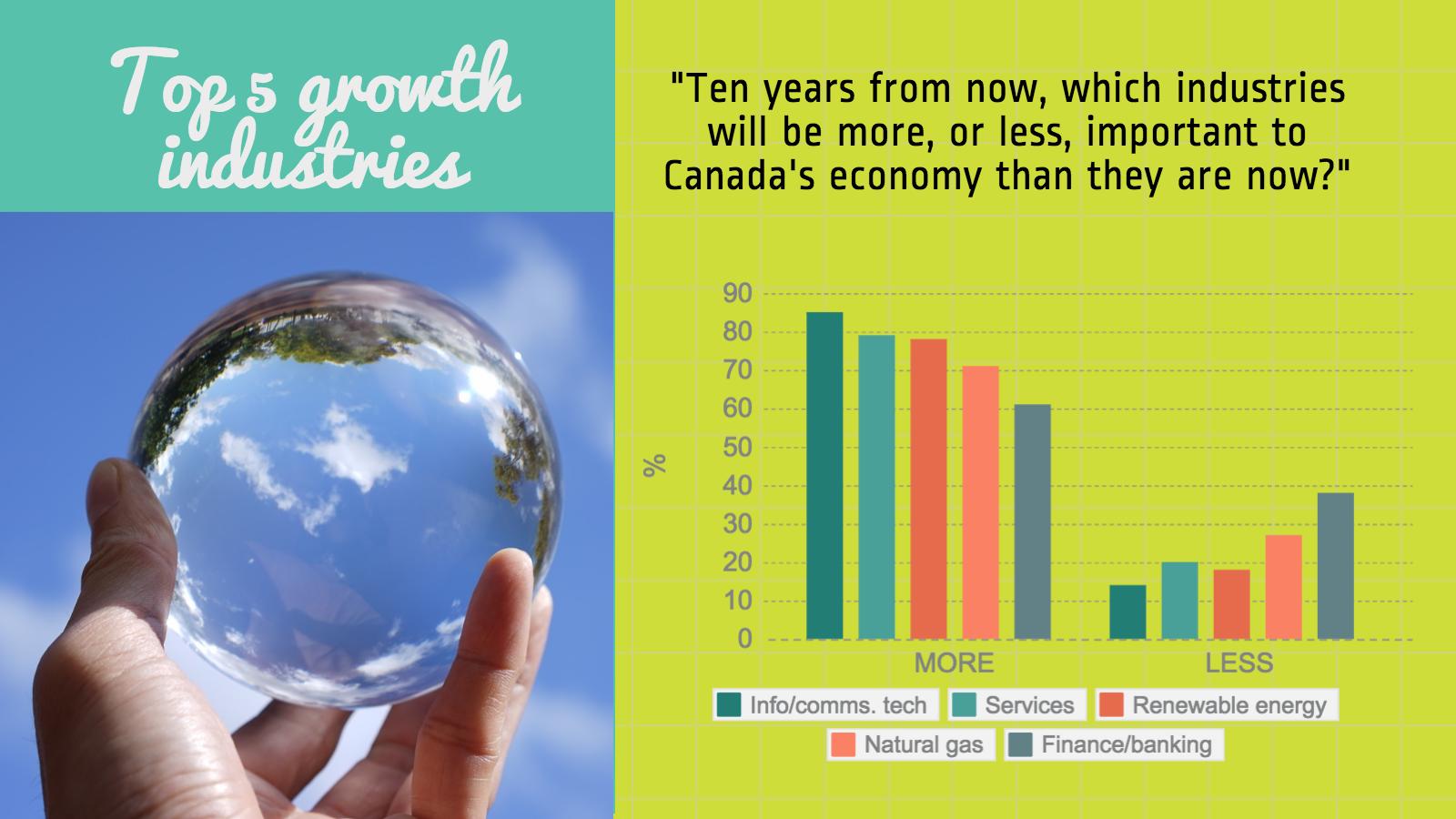 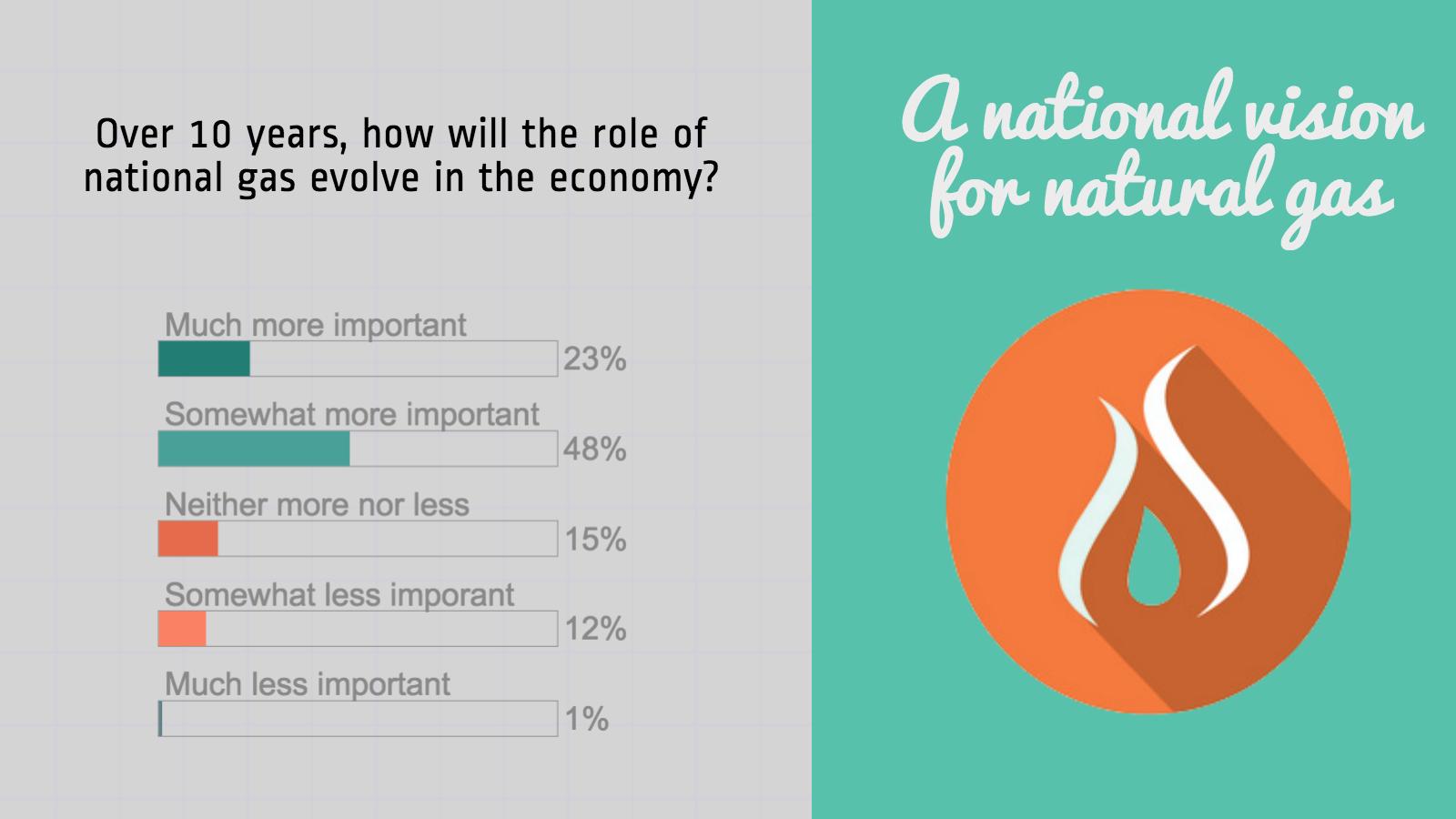 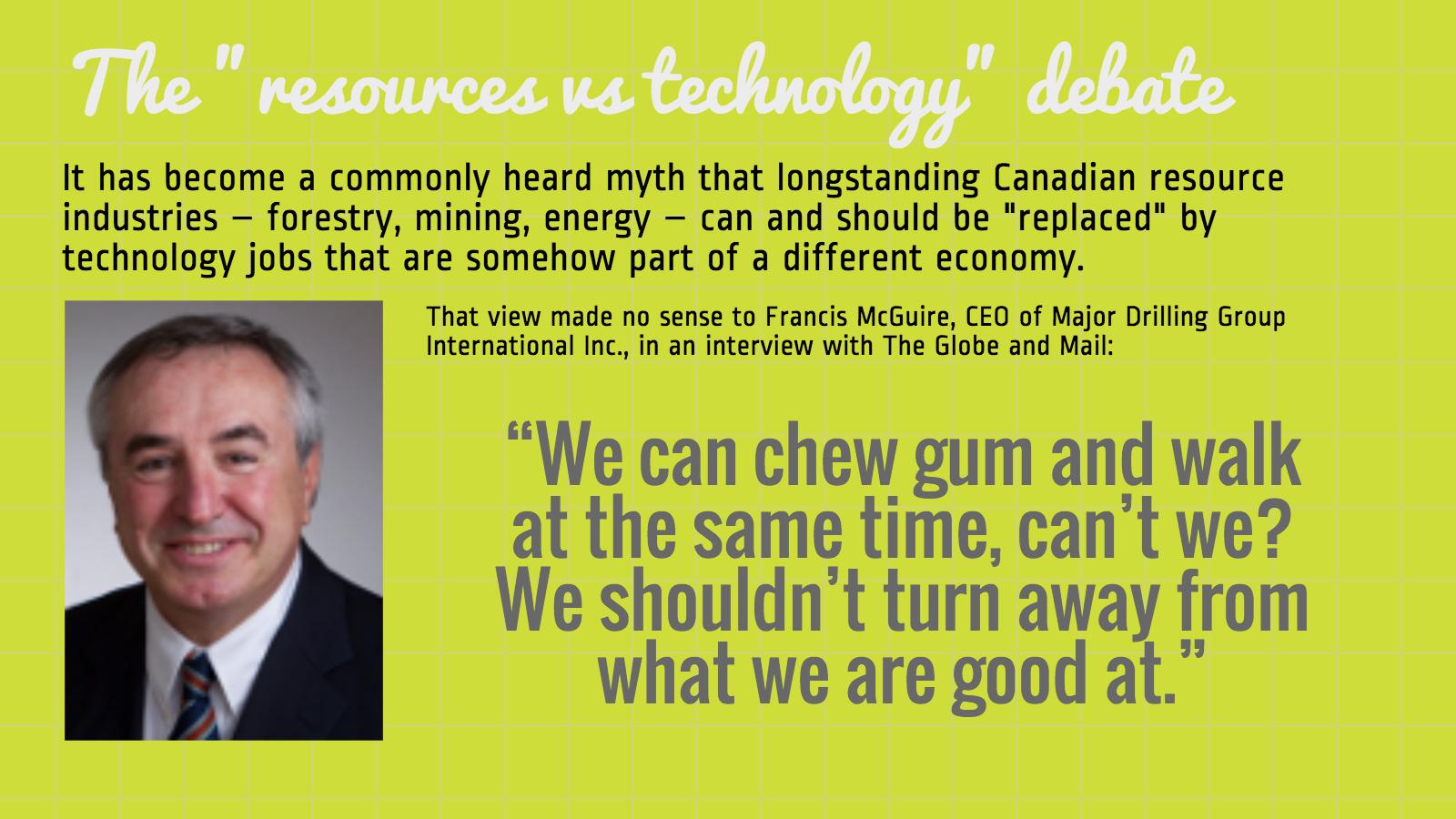