Rally in Vancouver for Our Shared Future: Turning point for Canada?

A sunny day overlooking Vancouver's port and mountains provided the perfect setting. But it was people who made Saturday's pro-resources rally a game changer.

After too many years of being beaten down by opposition to responsible resource prosperity, it was time to take Canadian interests back.

And in Vancouver on Saturday, that's exactly what we did.

The crowd was small but committed – ranging a mere 200 to 500 over the course of a 90-minute program at Jack Poole Plaza. But it was one that reflected the divided state of public opinion on important issues like getting crucial national infrastructure in place. A recent Angus Reid Institute survey found that 52 per cent of British Columbia residents are confident about the safety of marine shipping of petroleum products in Canadian waters, while 48 per cent are worried.

No wonder, with majority support for the new Trans Mountain Pipeline Expansion, we heard the same phrase over and over again: We are the silent majority – those who believe that Canadian workers doing their jobs following Canadian regulations are more than up to the task of providing safely for their fellow Canadians, without harming the environment.

Except that on Saturday, for once, we were not so silent. Eleven speakers took the podium in turn and provided a rich variety of viewpoints. (See my speech text below. Listen to this audio of Resource Works researcher and UBC scholar Margareta Dovgal who provided a powerful message from today's youth.) Resource Works supporter Ian Fife drove all the way from Fort Nelson – probably the longest point-to-point drive in British Columbia – just for the rally.

What a day. Real people, sending an authentic message. (I heard it made some of the infrastructure opponents howl in rage that this crucial issue received balanced coverage – now how about that!) We've been the underdog for too long and it's obvious that people have had enough.

It can be the turning point in our movement, but only if we keep up the momentum. There are some plans for that in the works. For now, why not jot a quick email to your MP right now, and let them know where you stand? Follow this link to find your MP's email address.

Media coverage of the rally

News media is quick to sense where the public is going on issues. And so we weren't surprised when a large contingent of Vancouver journalists showed up to find out what was going on in front of Vancouver's Olympic cauldron. Some of them had to perform double duty because of an anti-development protest rally across town. That was event had its share of Canadians but was predictably swollen in numbers by carloads of daytripping Americans who heard from the Seattle press that there is a Standing Rock type of conflict brewing in Canada. (RCMP and Canada Border Services, we hope you are keeping an eye on this situation.)

And check out this further sampling of our event coverage:

From Nick Eagland of The Vancouver Sun, some Twitter video clips from our event: 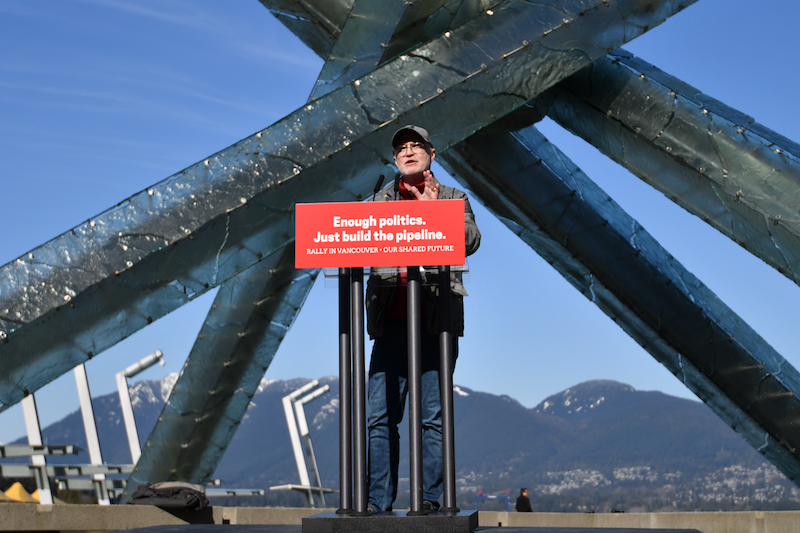 A call to action for our shared future

Whether you’ve come from down the street, or driven through the night after leaving work yesterday, thank you for being here.

To my left, I’d like to draw your attention to the grass on the conference centre roof.

In some periods the grass flourished.

In other periods it could scarcely be found.

When it flourished, so did the people.

When the grass did not grow, the population would dwindle.

Looking around here today, I know not everyone would agree the halkomelem is flourishing.

We see many signs of division today, including questions about whether we are flourishing as a society.

The haves and the have-nots

The homeowners and the renters

The Albertans and the British Columbians

In the end, however, we are all Canadians.

In 2018, the prosperity that should be here for all Canadians is primarily derived from the land.

However, in the absence of sufficient pipeline capacity to get our oil to the world market, every day we are giving away millions of dollars to the United States because Canada is forced to sell its oil to Midwest US refineries at a steep discount.

We are also virtually giving our natural gas to the Americans, again because we lack the pipeline capacity needed to get this important commodity to the world market.

Today’s gathering reminds me that we can, and must, work together in creating value from the land and ensuring that the prosperity is shared now, and for generations to come.

Even the appeal of a new economy based on technology has an awful lot to do with good stewardship of our natural resources.

From this port, the abundance of Canada travels to market, so that in return we are able to buy the things we need – the fruits and vegetables, the medicines and vaccines, the ability to pay for schools and hospitals and the things we need.

We are standing today on the traditional territory of the Coast Salish peoples – and in particular the Squamish, the Musqueam and the Tseil-waututh First Nations. Indigenous people, in the era of reconciliation.

Let’s have compassion for the First Nations across town who have been led into environmental opposition.

We feel your pain.

We wish for your healing through Reconciliation.

Time and again, Canadian First Nations have had big promises from the forces of NO. Time and again, once those groups have finished shutting down an opportunity, they’re gone -- off to stop the next opportunity somewhere else. No jobs. Nothing.

That’s why so many of the chiefs I talk to are MAD.

Today let’s send those nations our love and thoughts and let them know:

FIRST NATIONS: We’ve got your back.

Responsible natural resource development is not just the backbone of renewed prosperity for First Nations and rural communities.

It is the strength of Canada.

To unlock the benefits of the land, so that they can be shared, we have to be able to get our commodities to market safely over the water.

Those of us who believe that our crude oil, our LNG, can be part of Canada’s beneficial trade also have to realize there is a responsibility to speak out, to stand up and be counted as YOU are doing.

That is what today is for.

For some of those speaking today, it is an extraordinarily brave thing to provide their testimony and their story.

Thank you for being here to share and start a movement to erase the divisions as we build toward unity.

Here are some images from the day: 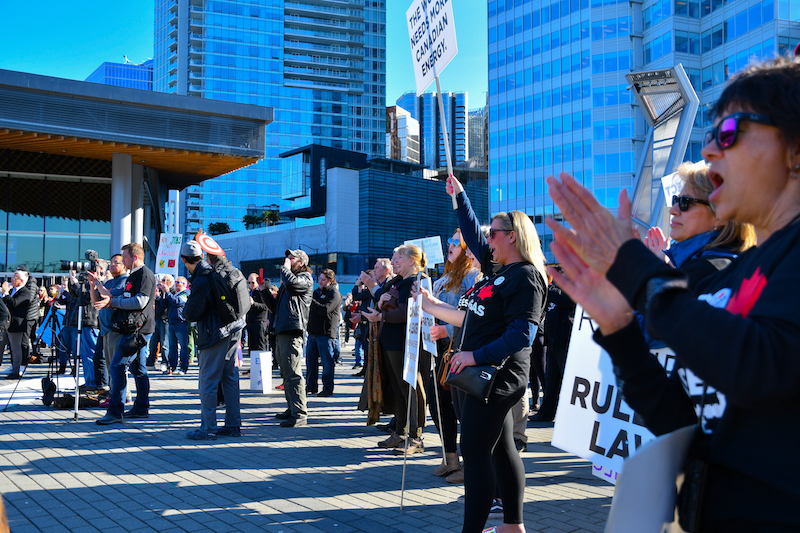 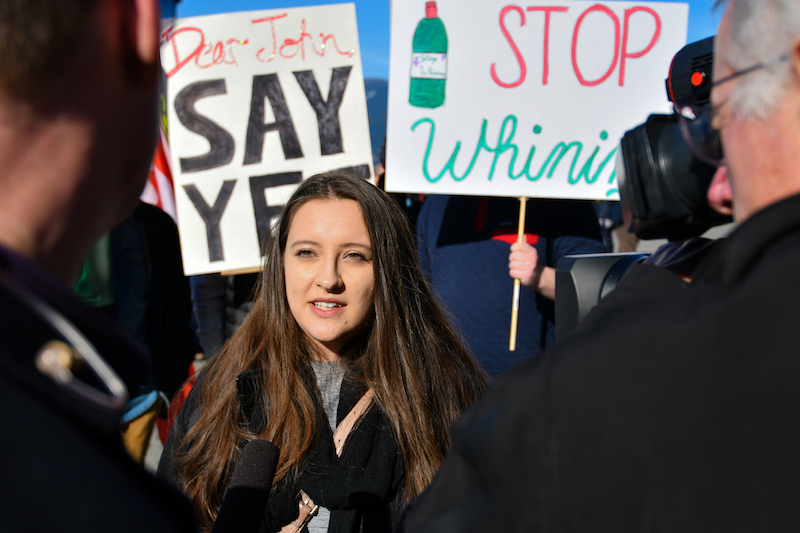 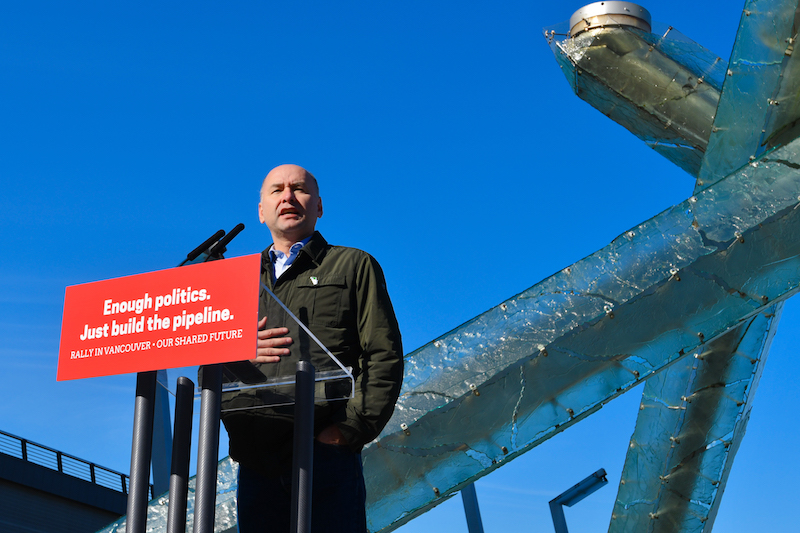 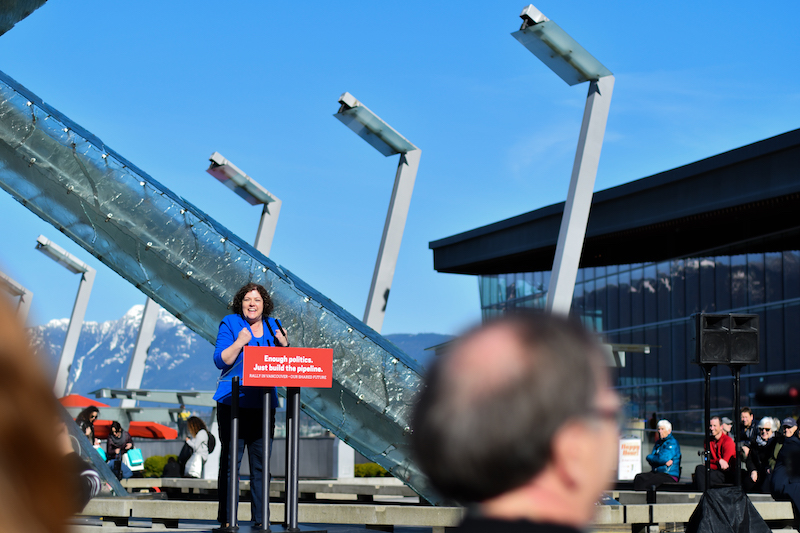 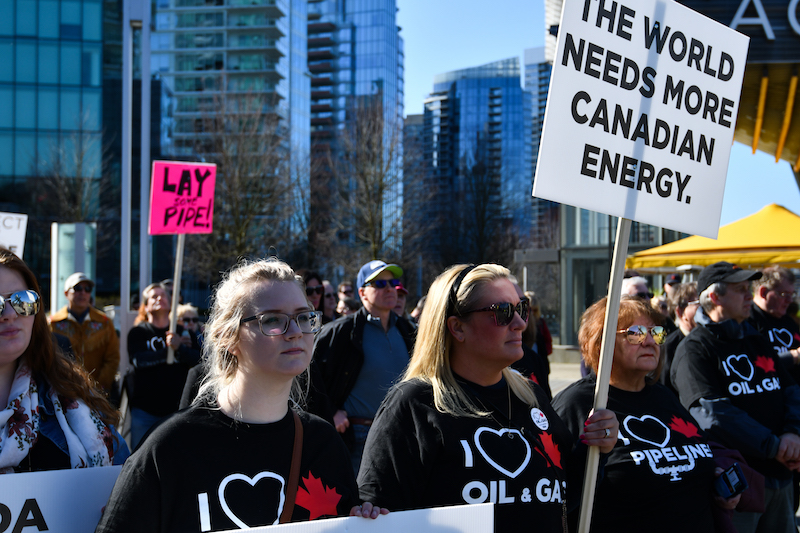 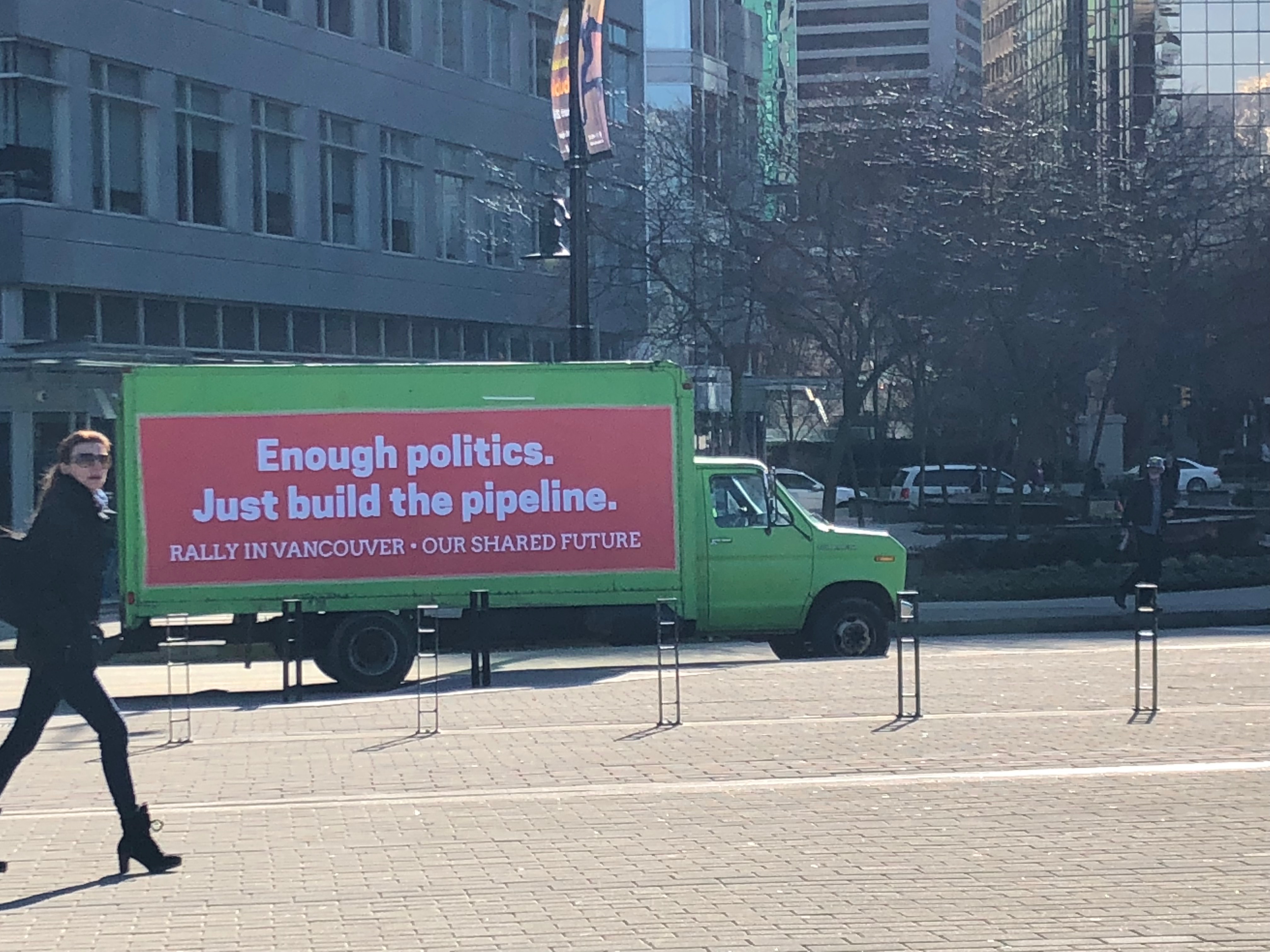 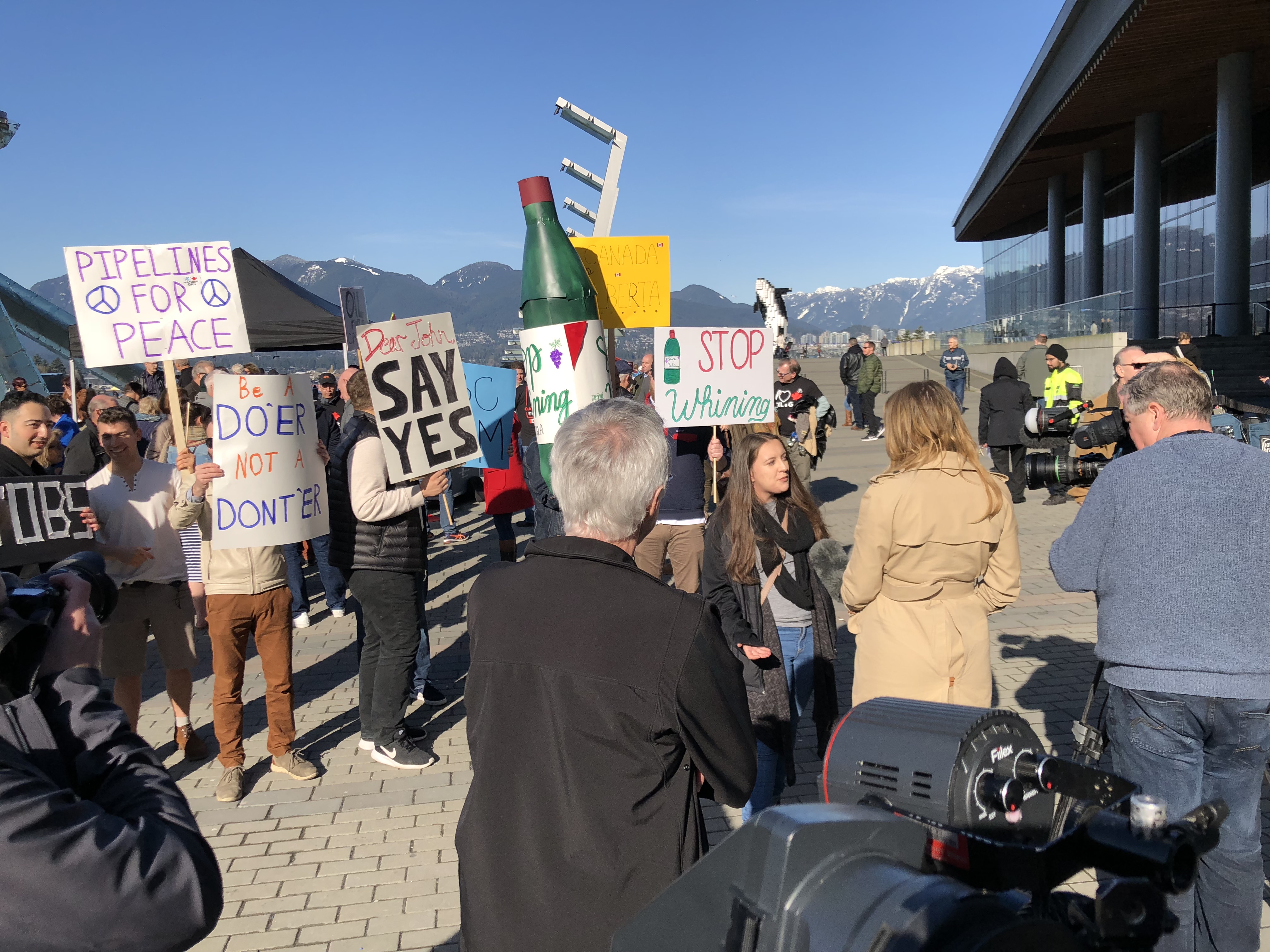 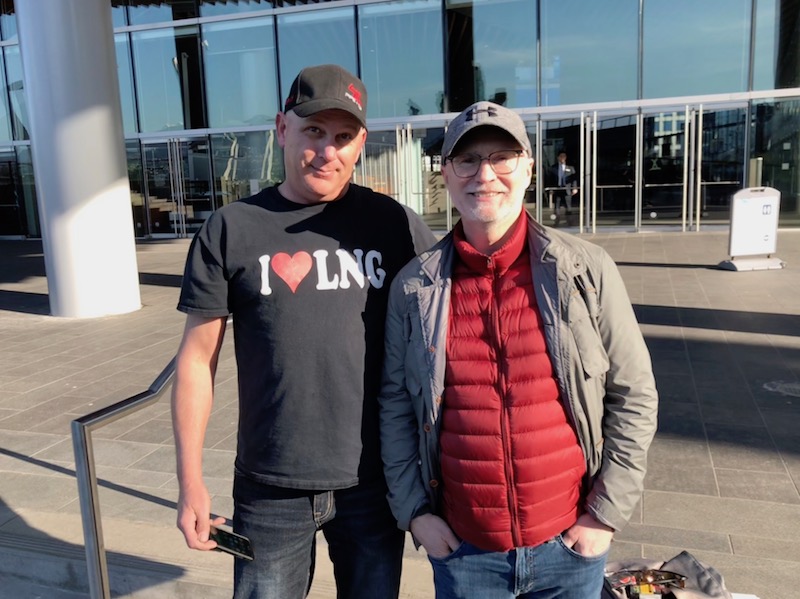 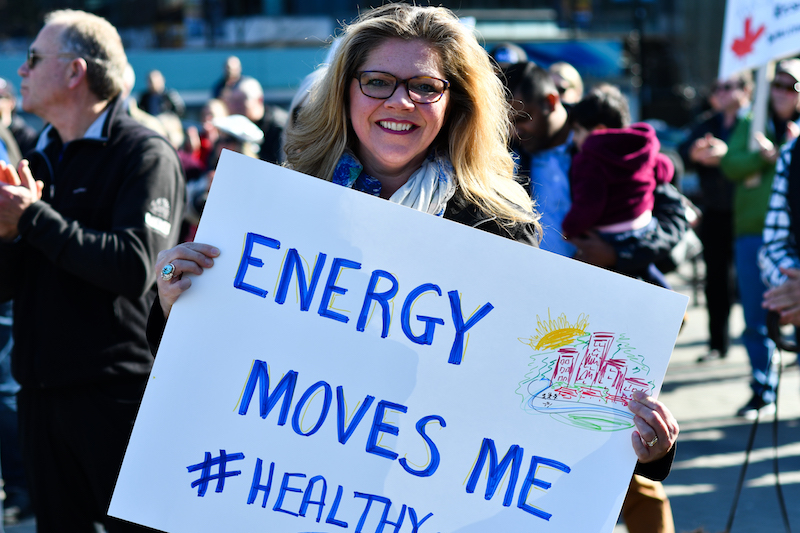 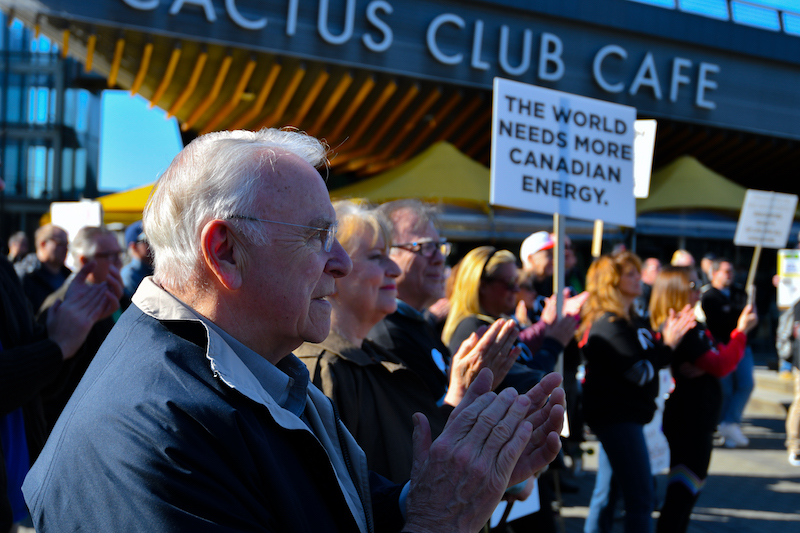 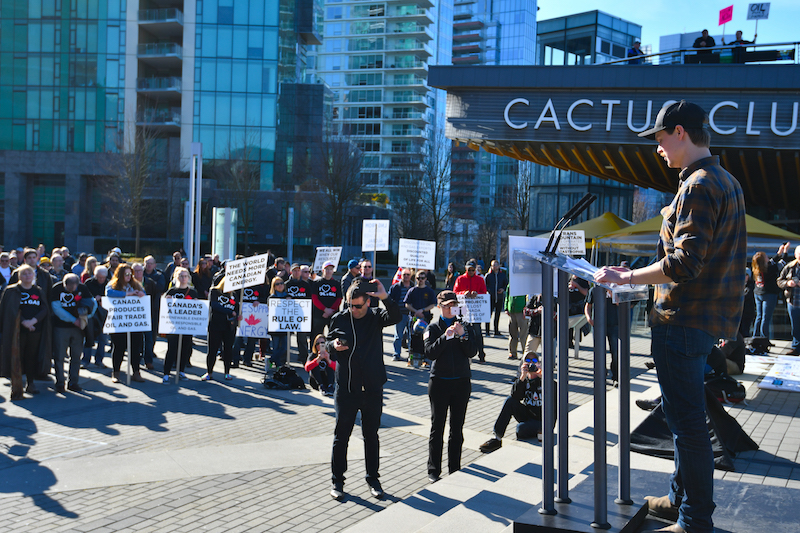 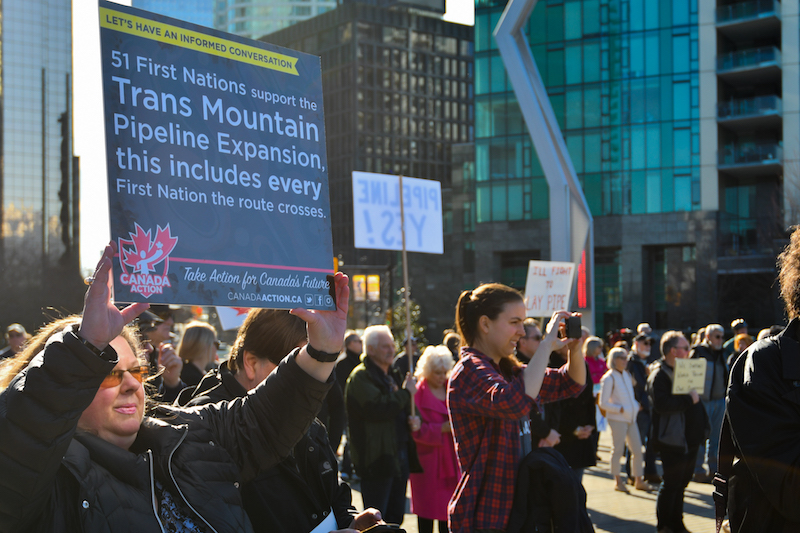 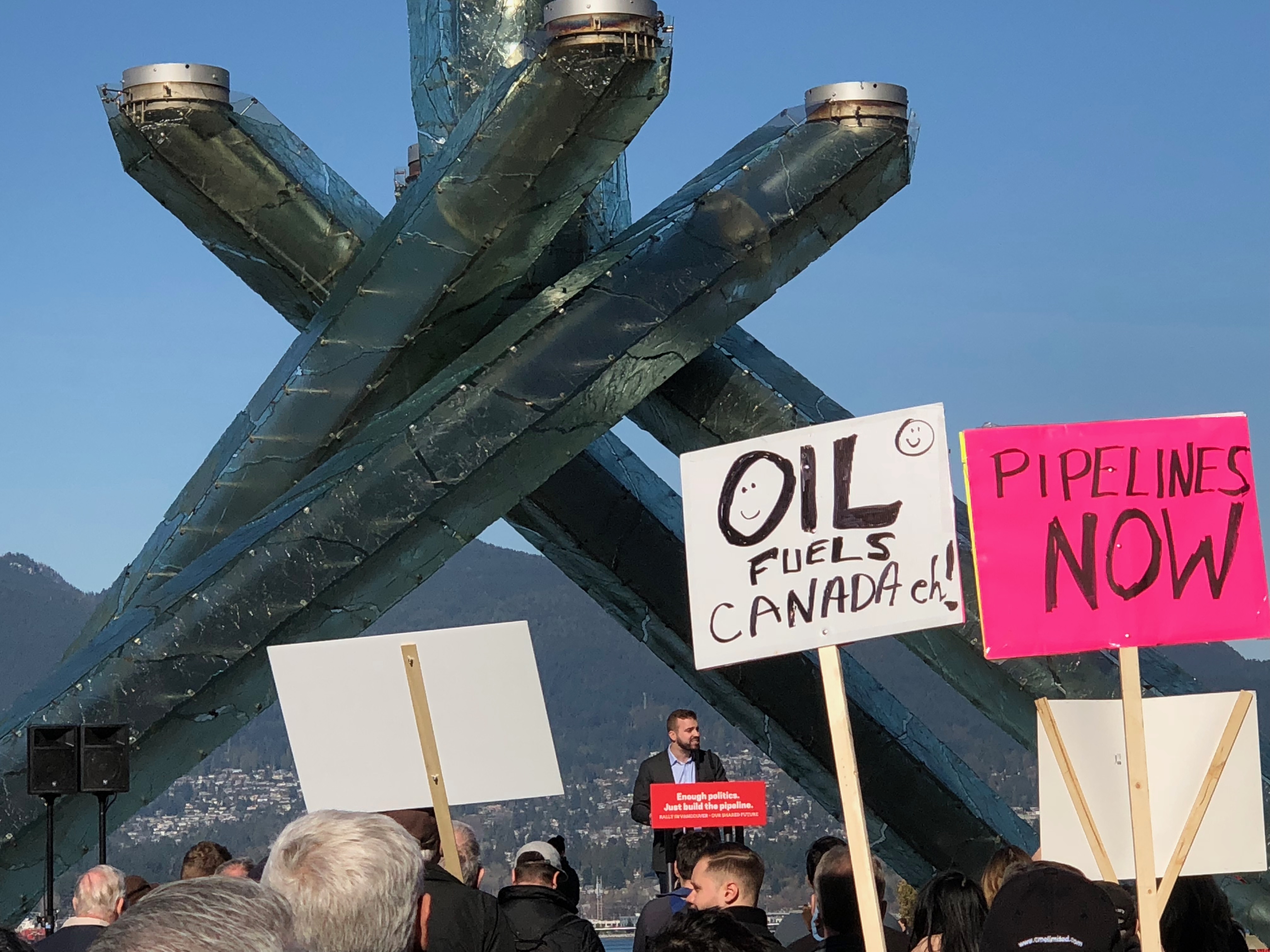