The British Columbia government has made a principled and responsible decision to support Site C's completion.

After reviewing the Site C hydro project, British Columbia's decision to keep going to completion is an important step in a long-term energy transition. Stewart Muir looks at the issue.

The Site C dam being constructed in North East B.C. is a relatively minor project when compared to the nearby W.A.C. Bennett Dam, which was finished in 1968 and can produce 2.6 times more electricity than Site C will. But with today's increased weight of public issues like clean energy, indigenous rights and the environment, Site C has oten seemed like a much larger project than it really is.

In coming to its decision, the provincial cabinet sought a wide spectrum of perspectives and clearly did much soulsearching before landing where it did. Responsible economic growth, powered by clean electricity from a hydroelectric source, is the goal of the Site C decision.

In December 2017, the British Columbia government has made a principled and responsible decision to support Site C's completion. It was not without its complications, but it's important to remember that the long-term interests of residents are being served.

If it is completed on schedule by 2024, Site C will be just a small part of Canada's overall push into a great escalation of electric capacity as society decarbonizes. In 2014, the Joint Review Panel looking at the project concluded that Site C "would produce more power per gram of CO2e than any alternative (non-nuclear) over its lifetime." A single LNG plant or large mine could alone consume the output of Site C. By 2024, Canadians will be confronting a legion of other complicated energy decisions dictated by the country's commitment to lowering its greenhouse gas emissions.

According to one recent report by Trottier Energy Futures Project, a collaborative effort by the Canadian Academy of Engineering and the David Suzuki Foundation, the challenges ahead of Canadians between now and 2050 include:

Trottier estimated that Canada would need 16 nuclear power stations like Bruce Power to make the leap to 2050 – or 6,300 solar farms or 2,500 wind farms. Providing the equivalent of this much electricity is a truly monumental challenge.

Those who lament Site C moving forward must acknowledge that British Columbia is not a walled-off statelet within Canada, but rather it has an important role to play in the national picture. There are real consequences whenever the landscape is disturbed on a mass scale, and it is up to the dam's builders, managers and regulators to ensure that the promised mitigations are successfully applied. The North East of B.C. is an energy powerhouse that offers numerous diverse and desirable energy sources. Much of the province's best wind potential is here. Its abundant shale gas is the most commercially significant energy asset B.C. possesses in 2017 and this resource is inevitably going to play a major part in the overall Canadian energy transition because it is the only realistic way that GHG-intensive provinces like Alberta can meet their decarbonization goals as quickly as they need to.

The recent public conversation on Site C taught us some important lessons.

First of all, a clear (albeit sometimes slender) majority of residents recognizes that doing the right thing may be difficult but it's also necessary.

Secondly, it reaffirms that indigenous and environmental issues must be handled effectively for any new energy projects to proceed in future.

As Metro Vancouver grows, so too will its need for electrical energy. That electricity must be responsibly sourced, and it is inevitable that this means some amount of ecological disturbance regardless of what the specific energy solutions are. The Site C controversy will not be the last of its kind. We are going to have to get much better at curating balanced public discussions so that majority-supported viewpoints are not drowned out by high-volume pressure or backroom maneuvrings. At Resource Works, our Community Conversations project showed that it's possible for citizens with diverse and sometimes conflicting points of view to respect one another and work together. In the years ahead, this approach will be more important than ever before. 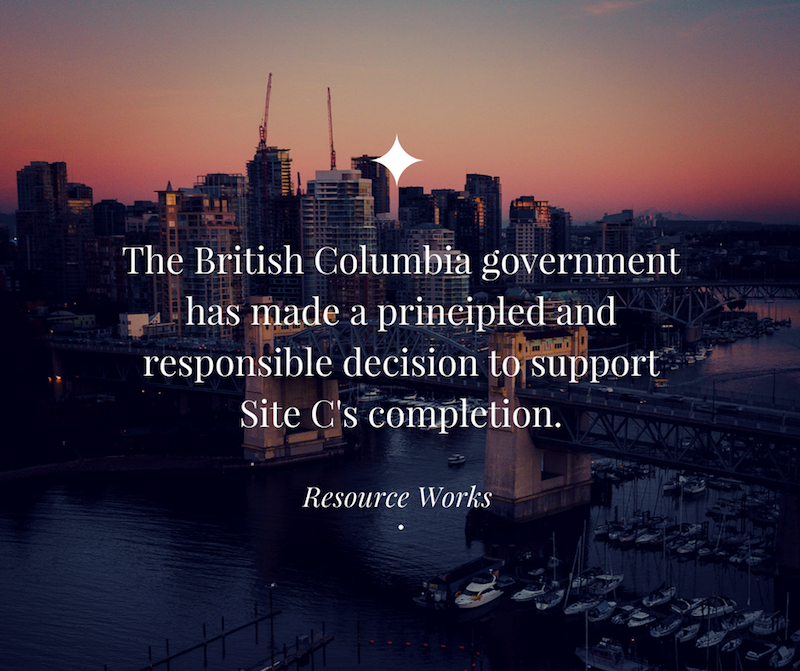 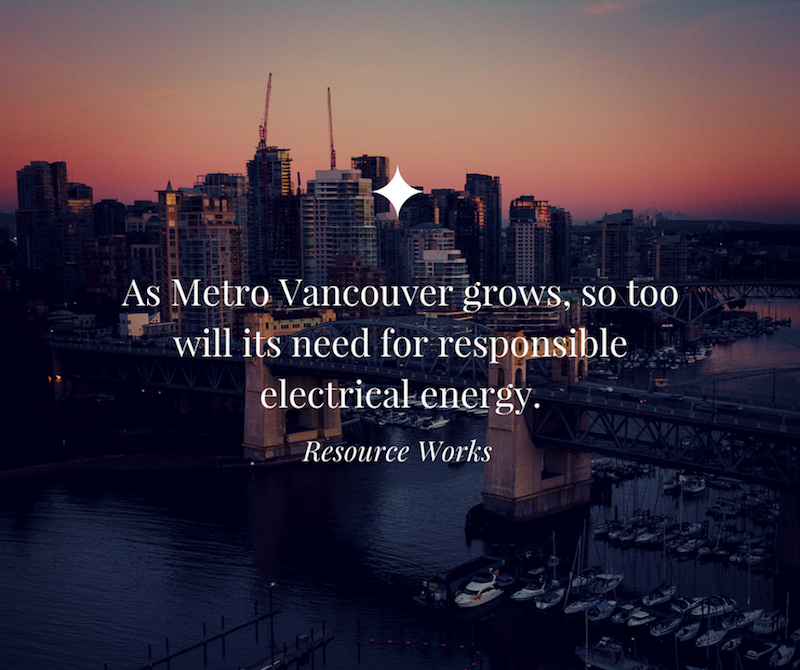