It's another sign that indigenous leaders have recognized the need to stand up and be counted when it comes to projects that can help them break free of the poverty trap.

It came as a surprise to some when Vancouver's Musqueam Indian Band came out in support of a "reasonable solution" that recognizes the "vital strategic interest of Canada" in the current pipeline impasse. Said their new release:

"First Nations, municipalities and the general public are now at odds with each other with a potential of unprecedented civil unrest. All of these rights must be weighed and considered in the coming weeks."

It was clearly a statement supporting the export project. The Musqueam stated they agreed "with the recent statement made by our relative, Sto:lo First Nation Chief Ernie Crey: 'Not all First Nations oppose the Kinder Morgan proposed pipeline.'"

As the Musqueam pointed out, 33 First Nations in British Columbia and 10 First Nations in Alberta now have mutual benefit agreements with the Kinder Morgan company, which is building the pipeline on behalf of a dozen oil sands producers who create billions of dollars in annual benefits for the nation overall.

The development was almost entirely ignored by news media who seem to prefer to perpetuate anti-pipeline spin (one startling exception published last week added a new term to the resource lexicon - "red-wash").

Yet it has to come as a crushing blow to the aspirations of a group that represents some B.C. First Nations, the Union of B.C. Indian Chiefs led by Stewart Phillip. The UBCIC continues to oppose the many benefits that will flow to all Canadians from finishing an environmentally sound project deemed to be in the national interest.

As recently as April 16, Phillip was able to cite the names of three nations against the Kinder Morgan project, but with the Musqueam move that means only two nations, the Squamish and the Tsleil-Waututh, are now willing to publicly associate with his protest efforts. 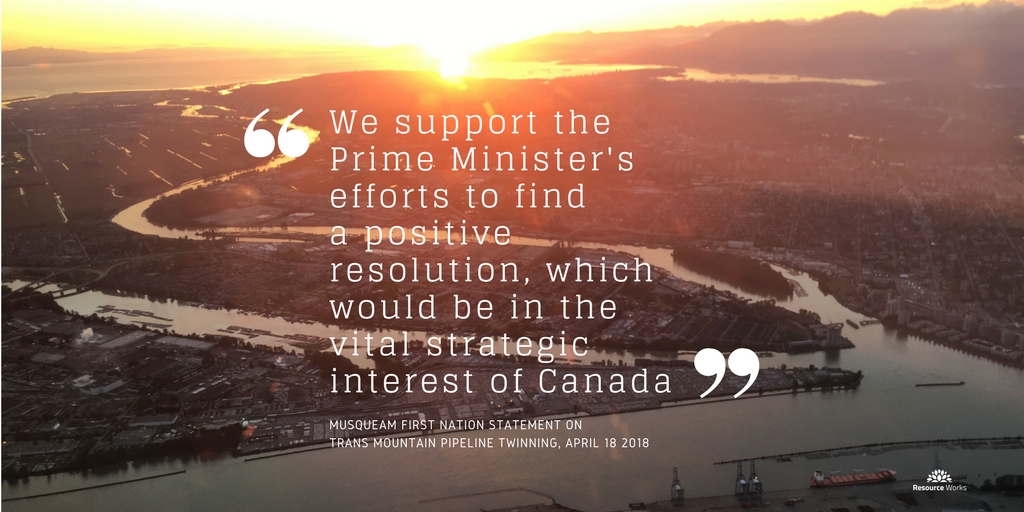 On Phillips' watch, there has not been a major resource project the UBCIC has publicly supported, though it added its voice to oppose the Northern Gateway pipeline and two major mine proposals, New Prosperity and Kemess. All three projects were ultimately cancelled.

The Musqueam news release provides the political context for understanding this situation: "Musqueam understands this perilous situation and we seek a reasonable solution. We support the Prime Minister's efforts to find a positive resolution, which would be in the vital strategic interest of Canada: including the Musqueam First Nation."

The Musqueam stated that if "these numbers are correct the vast majority of directly impacted First Nations have agreements with the company. Musqueam knows the serious risks of increased oil transport via rail if the pipeline project is cancelled. While Musqueam is not one of those First Nations who have negotiated agreements we are preparing a list of conditions and voicing our concerns. Musqueam maintains the right to speak on behalf of our territory and respects the views of other First Nations who are impacted by this proposal. We have chosen the path of negotiations through engaging with government."

For larger context, consider a recent video we shared on the Resource Works Facebook page. Published last week, it has generated a record amount of interest. In it, a number of indigenous leaders we interviewed earlier this year about a wide range of topics talk about one of the most significant issues attending resource issues – the role of environmental activist groups in thwarting economic development benefiting Canadian indigenous peoples. Check it out and please do add your comment:

The map below, compiled by the Canadian Broadcasting Corporation and published in April 2018, shows the First Nations who currently support the Trans Mountain Pipeline Expansion through specific agreements. It does not list those, like the Musqueam, who support the idea of the pipeline even though they don't have specific interests such as the pipeline crossing their territory. 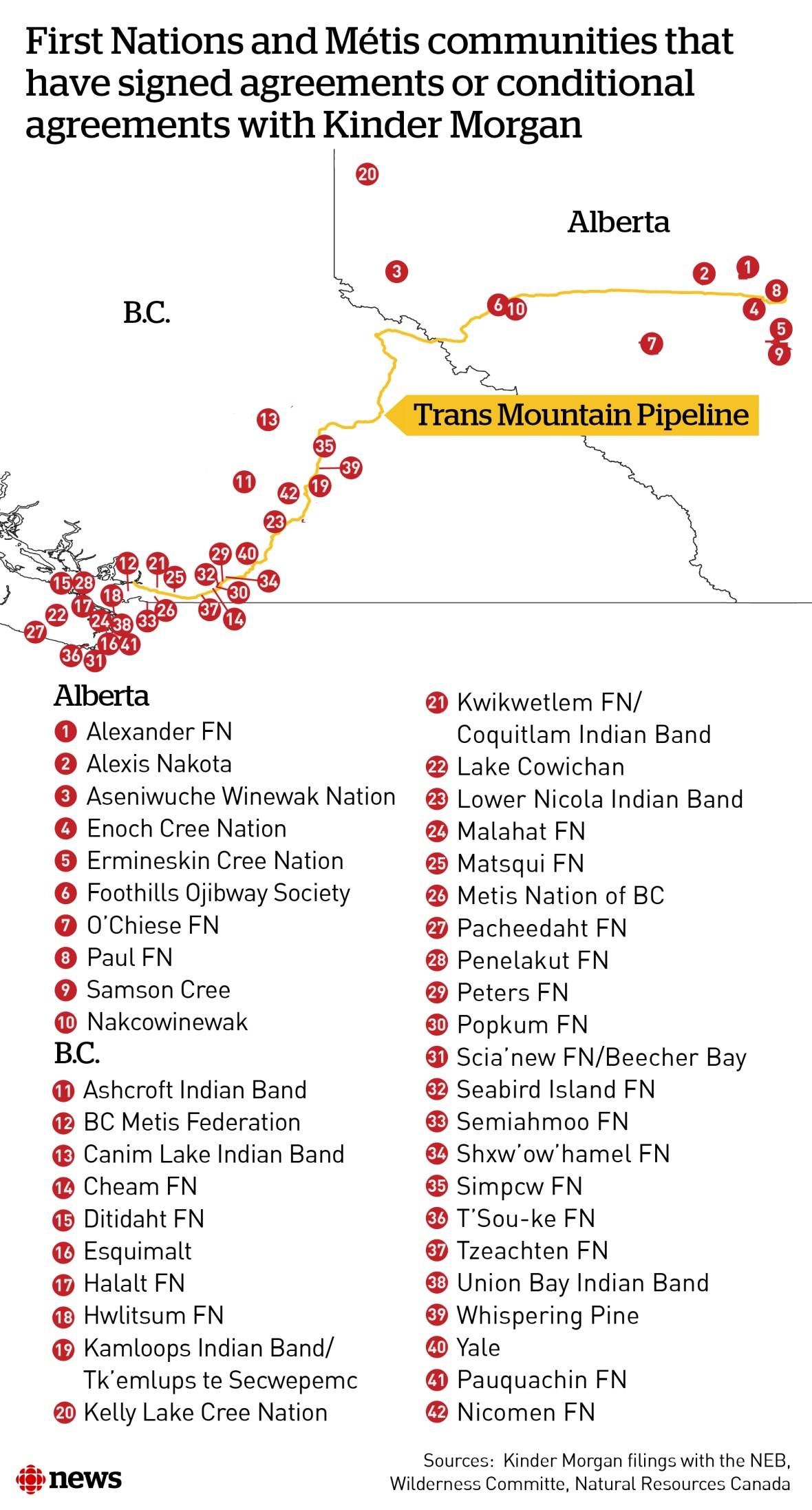