Industry voices as one on Bill C-48: it needs to be stopped

In a rare missive, the heads of four major industry groups are calling on the Trudeau government to rethink need for a discriminatory ban on economic activity.

No Parliamentary action in living memory has laid down a dividing line between Ottawa political interests and First Nations like Bill C-48, the proposed act to prevent economic development on the north west coast of British Columbia.

In a region where good jobs are hard to come by, the federal move will entrench poverty and stands in stark contrast to the government's stated aims to right historical wrongs against indigenous people everywhere else in Canada. Though oil is routinely shipped safely everywhere else in the country, for reasons of pure political calculus the federal government has chosen to try to declare this one region "off limits".

They open the article stating:

"While the Canadian economy is slowing to a halt, the federal government is advancing a ban on tanker traffic on a significant portion of the West Coast that will prevent Canada from exporting our responsibly produced energy products. At a time when Canada desperately needs marine access to reach new growing markets in Asia – and to avoid losing millions of dollars per day on the sale of our oil – Bill C-48, the Oil Tanker Moratorium Act, is an irresponsible measure for the Canadian economy."

The authors state that for decades, "Canada’s West Coast has been a trading gateway for commercial marine transport." They add:

"It has provided access to global markets for our country’s most valuable resources and products. Under international law, Canada cannot block the innocent passage of ships in any of our waters. So ironically, while Bill C-48 will only block the export of Canadian-produced petroleum products, it won’t stop foreign vessels carrying the same products from travelling through the same waters.

"Environmental protection is a priority, not just for Canadians and Indigenous communities, but for the industries that operate within our borders. The oil and natural gas sector, and the international shipping community, are committed to continuous innovation and improvement in safety. It is the rationale behind Canada’s world-class safety organizations such as the industry-funded Western Canada Marine Response Corp. and Eastern Canada Response Corp., and the federal government’s own Oceans Protection Plan.

"The international shipping community has already taken its own action, with firm commitments to safety and improving tanker design. In addition, better policy alternatives to Bill C-48 that address marine safety already exist. The International Maritime Organization (IMO) has successfully established particularly sensitive sea areas (PSSAs) in the Great Barrier Reef and Coral Sea in Australia, as well as the archipelago of the Galapagos Islands. These create a framework to better understand and manage risks, and to enable shipping of all types in those waters.

"A PSSA off of Canada’s West Coast would combine the protective measures of the IMO and Canada’s marine safety standards such as ship routing, reporting requirements and areas to be avoided. PSSAs are supported by science and can be adapted depending on the environment, leveraging initiatives already in place such as Marine Protected Area Network planning and pro-active vessel management.

"Bill C-48 will be economically harmful to Canada and constrain the export of Canadian crude and other petroleum products. Oil and natural gas is the largest source of capital investment in Canada and since 2014, investment has dropped by 50 per cent. This has effects throughout Canada’s economy. Between 2014 and 2017, 60,000 fewer people were employed in the exploration and production, oil and gas services, and oil sands construction work forces across Canada. With falling investment in 2019, more jobs are at risk. In addition, the Bank of Canada has stated that economy-wide, the slowdown in the fourth quarter of 2018 was sharper and broader than previously expected and the economy will be even weaker in the first half of 2019 than originally projected."

Characterizing Bill C-48 as a bill that is "a barrier to Indigenous economic opportunity and self-determination [that] thereby works against the government’s own stated goal of reconciliation" the authors position resource development as "a critical opportunity for Indigenous communities to expand their economies, build businesses and create jobs – all of which are steps toward achieving economic reconciliation. Bill C-48 ignores the economic realities of many Indigenous communities."

They also confirm that several Indigenous communities within the Lax Kw’alaams First Nation of northern British Columbia have already filed legal action against Bill C-48, while groups such as the Eagle Spirit Chiefs Council, the Indian Resource Council and the National Coalition of Chiefs have all expressed concerns.

"When making decisions about our ecological future, the government needs to consider the best interests of the entire country. Action needs to be evidence-based and rooted in science, not political motivation," write the industry representatives before dramatically concluding that:

"If passed, it puts our global reputation at risk and affects the livelihoods of the half-million Canadians directly and indirectly employed by the energy industry. Bill C-48 needs to be stopped." 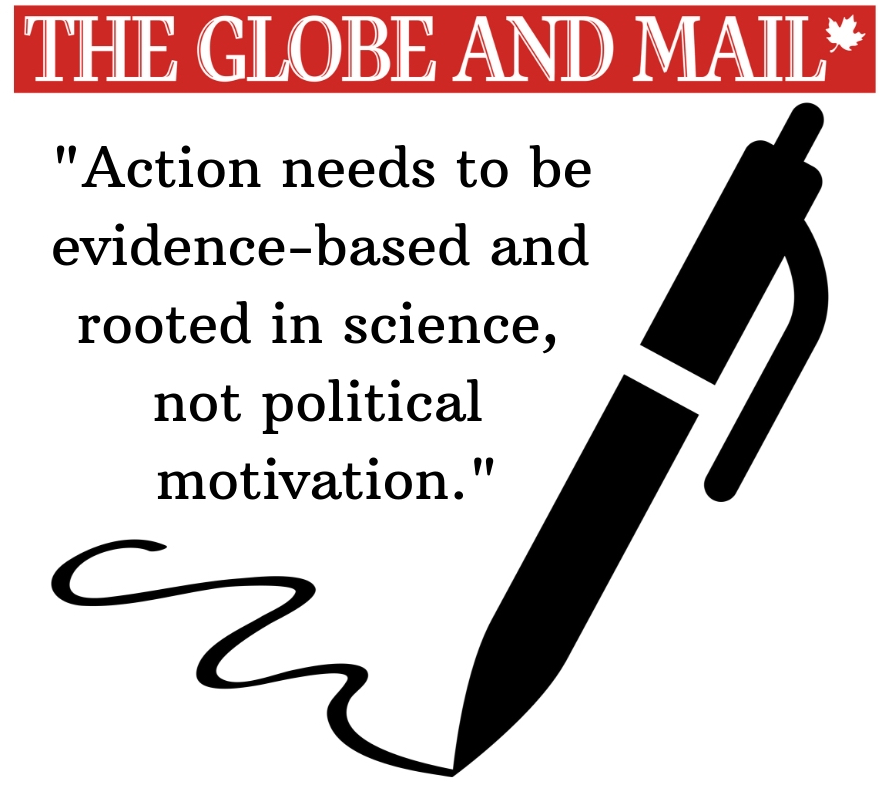