With the stroke of a pen, an industry is gone 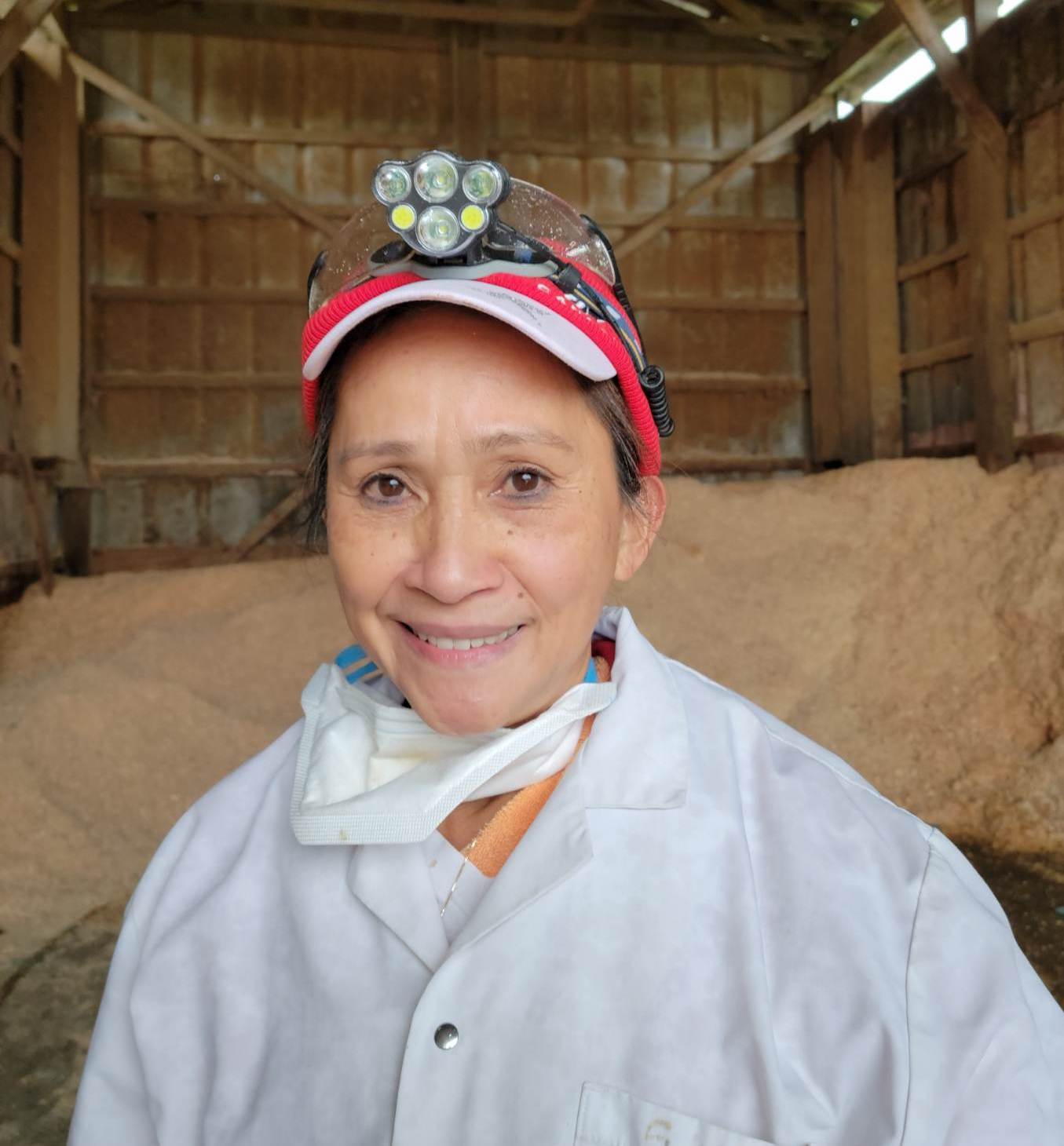 Above: Dogwood Fur Farms animal husbandry specialist Gloria will be losing her job after 20 years because Agriculture Minister Lana Popham ignored scientific panel advice and bowed instead to lobbyists seeking to end mink farming in BC.

Ostensibly it was a public health measure, but the fact is that expert scientific advice supportive of safe, ongoing mink farming was ignored in the November 2021 decision.

Declared one anti-mink-farming lobby group in reporting the news on its website: “Success!”

Research by Resource Works shows that the move was preceded by a sustained activist campaign opposing the farms, raising the question of whether undue lobbyist influence has wrongfully created hardship for family-owned farms as well as the hundreds of families whose breadwinners will soon be unemployed.

The decision means animal husbandry specialist Gloria (pictured), an immigrant from The Philippines with 20 years of experience in mink farming, will be among those out of a job at Dogwood Fur Farms in Aldergrove.

Mink specialist Dr. Dave MacHattie of the Canadian Veterinary Medical Association, a Nova Scotia vet, told The Vancouver Sun: “It looks like animal rights people have gotten into your politics and are flexing their muscles.”

The decision bears disturbing parallels to recent moves in BC to slash the size of the province's most renewable sector, forestry. Anti-forestry lobbyists were given almost exclusive domain over a technical advisory process that ignored academic, industry, First Nations, labour and community interests.

The BCSPCA was clearly pleased that its efforts to end mink farming had brought about an unexpectedly far-reaching result. Their publicly stated lobbying objective was termed merely a “moratorium” on the farms.

Not happy are the independent farmers whose life savings and businesses are being arbitrarily destroyed.

Noted Vancouver Sun legislature columnist Vaughn Palmer: “Other government ministers have lately delivered discouraging news to the forestry and oil and gas industries. [Agriculture minister Lana] Popham is the first New Democrat to have served a shutdown notice on an entire industry.”

Behind the lobbying effort

The B.C. lobbyist registry shows a sustained lobbying effort by two groups targeting the industry. Numerous ministries, ministers and MLAs were subjected to a barrage of representation. Records show the BC SPCA deployed an Ottawa-based public affairs firm that had previously met with success in turning alarmist claims into job-destruction paydirt by attacking salmon farming at the federal level (contrary to the scientific advice of the government's own experts), to meet with the premier’s office and agriculture ministry officials.

The Association for the Protection of Fur-Bearing Animals was very active with at least four meetings with Health Minister Adrian Dix since June of this year before swarming all the elected MLAs on October 15. Their lobbying registration also, like BCSPCA's, refers to a moratorium on mink farms, not an outright ban. If that is an accurate reflection of their ask to the government, then the sweeping ban announced on Nov. 6 delivered far more than they were even asking for.

Provincial Health Officer Dr. Bonnie Henry and B.C. Agriculture Minister Lana Popham announced that all mink farm operations must cease completely by 2025 and live mink will not be allowed as of April 2023. Henry said it was "my opinion" that mink are a public health hazard despite extensive scientific evidence to the contrary. Members of the public will no doubt be willing to cut Henry a lot of slack due to her unflagging public service through the pandemic. Nevertheless, numerous questions surround the process by which officials came so quickly to embrace the demands of interest groups.

The surprise eradication of the industry came even though B.C. mink producers secured a supply of mink-specific Covid-19 vaccines and were not asking the government to pay for it.

Farmer Kurt Bernemann told me he has enough vaccine to inoculate his entire breeder herd with first and second doses. The whole industry will have vaccines available by March 2022.

Everywhere else in the world with mink farming, governments have worked with the industry to get it through the Covid pandemic. Not in BC, where cancel culture apparently can now engulf entire industries and nobody bats an eyelash.

There are ten licensed mink farms in BC, nine of which are located in the Fraser Valley. The industry presence is quite small compared to the big international players:

Mink are primarily housed in open-sided sheds that are unheated. The animals, which the farmers say do not suffer, are exposed to natural daylight and environmental conditions while protected from rain, snow and direct sunlight. Pens are primarily constructed of wire mesh with solid plastic dividers.

Mink rarely escape into the wild unless activists deliberately release them as has happened in British Columbia as well as Illinois and the United Kingdom. Strict rules apply to BC mink farms, which operate under a public health order that mandates surveillance. Each farm submits its natural mortalities or animals euthanized due to illness. Suspect results trigger live animal sampling while positive results will trigger a quarantine and full investigation.

The herds in BC are relatively small compared to those in The Netherlands and Denmark where the Covid virus has been circulating for a shorter period. The infrastructure in Canada for mink farming is different with Canada less reliant on riskier centralized feed manufacturers and pelting facilities, like in The Netherlands and Denmark. There is some movement of staff between farms in Canada but to a much lesser extent than in Denmark or other countries.

Particularly heartless is the decision by the BC NDP government to throw 150-200 vulnerable workers out of their occupation. Many are immigrants and there is a strong female presence.

In one example Resource Works looked at, mink farm jobs paid $24 an hour plus significant retention and safety bonuses (totalling up to $5,000 a year) and extended benefits. While this is no match for the $111,024.19 annual compensation received by the MLAs who have done nothing to stand up for Gloria and her colleagues, it's well above the average hourly wage for agriculture which stands at $21.45.

The BC mink farmers will receive no compensation. Their assets, which cannot be repurposed for other farming activities, have gone to zero value. Many have federal agriculture loans that they must repay.

Risks are "low and manageable"

Bernemann said the mink vaccine appears to be very effective, while the public health risks associated with mink farming are low and manageable.

The decision comes just as the BC industry has consolidated, invested and repositioned for changing market conditions. At $50 a pelt, mink fur is a sought-after product that is marketed to global buyers via business structures linking back directly to the Hudson’s Bay Company’s onetime fur trade monopoly in what is now Canada.

A health working group was established in October 2020 to assess and manage the risk of SARS-CoV-2 to human and animal health from mink farming in BC. The group has met regularly ever since and works collaboratively to manage all aspects of the risk from mink farming.

A joint rapid qualitative risk assessment was presented in June this year by a multi-jurisdiction, 12-person expert group led by Veronic Clair, physician epidemiologist with the British Columbia Centre for Disease Control, looking at the SARS Coronavirus 2 (SARS-CoV-2) in farmed mink in B.C.

The experts concluded it was “very unlikely” that a Covid variant would emerge anytime in the next five years in wildlife due to mink farming. They said that if the virus did evolve into a variant of interest in mink, experts “mostly think it is unlikely the virus will be transmitted back to a worker.” They found it unlikely that a mink VOI would arise and trigger onward transmission of that VOI outside of mink workers within the next 5 years.

Henry talked about the risk that mutations of the virus can lead to additional variants of concern. What she did not say is that experts do not regard the chances of this as high. On the contrary, the expert panel stated that “the emergence and circulation of a SARS-CoV-2 VOI [variant of interest] in the community due to virus evolution in mink or ‘wildlife after exposure to mink’ within the next 5 years is unlikely.”

Henry claimed there was “concern” over the transmission of Covid from escaped mink to wild animals. Whose concern? Maybe the lobby groups that expressed themselves, but the experts were firm in their June report: “The wildlife pathway remains very unlikely, even for the longer timeframe.”

While the expert advice clearly wasn’t of interest to provincial decision-makers, it is the “most comprehensive provincial risk assessment related to mink farming to date...based on a comprehensive hazard profile...undertaken in collaboration with national experts.”

To mitigate concerns, the experts suggested these five possible measures:

Clearly, this advice was not taken. 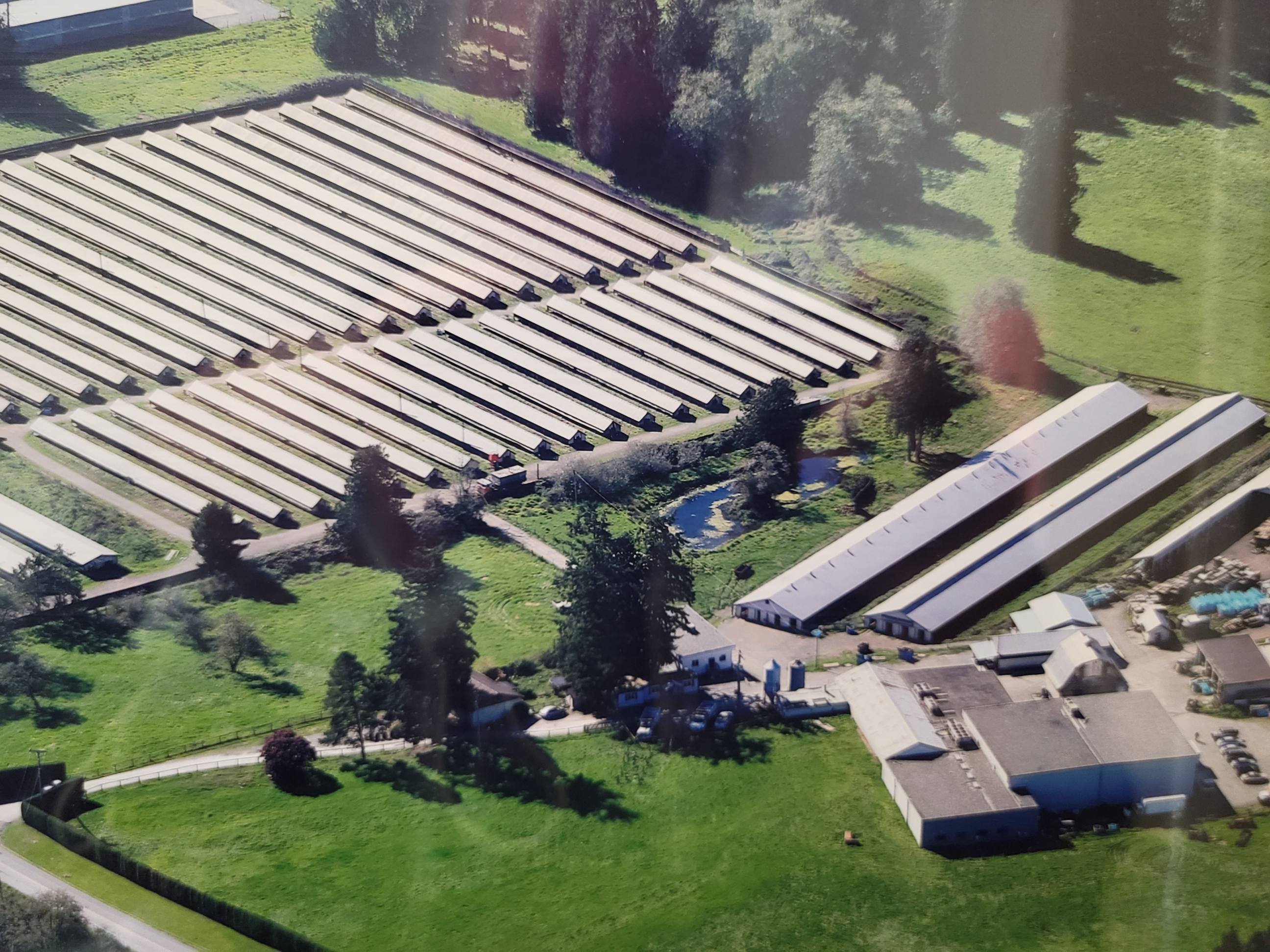 Experts did not recommend shutting down the industry

Shutting down the whole industry was not a suggested option from the scientific experts. Nor did the experts point to problems with the treatment of the animals.

The concluding paragraph of the scientific report sounds notes that will be familiar to professional experts who find their area of knowledge being countered by anti-science campaigners:

“Critics of mink farming have voiced their view in the media. Public communication of the BC specific mink farming SARS-CoV-2 risk assessment and hazard profile could provide an expert perspective on the situation, and inform the general population from a different perspective. A high profile decision regarding further mitigation measures would benefit from careful risk communication.”

It's not hard to read between the lines. Based on this, what else is one to think except that shuttering the farms is a decision underpinned by, perhaps entirely based on, politics and emotion.

It seems as if British Columbia has entered a new era. Pitiless decisions can be made by fiat, running against the scientific advice, creating hardship for workers like Gloria and their employers.

Is this the new normal? Let’s hope not, but the examples of unproven pressure-group claims resulting in bad policy are starting to stack up. Surely there must be a better way.

At Resource Works, we’re working toward that path. We think it starts with building awareness, literacy and trust. If we get it right, those elected to positions of responsibility will feel more confidence that they can recognize and respect broad public interest when they make decisions, and resist narrow interest groups that by definition do not consider all relevant decision factors.

Stewart Muir is the founder of the Resource Works Society.

Sources consulted for this article: