Strong BC growth next year thanks to resource trade: RBC

The province will have one of Canada’s strongest-growing economies in the next two years thanks in large part to its diverse natural-resource sector, according to new projections from RBC Economics 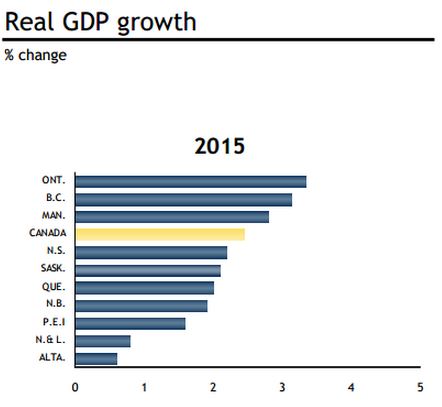 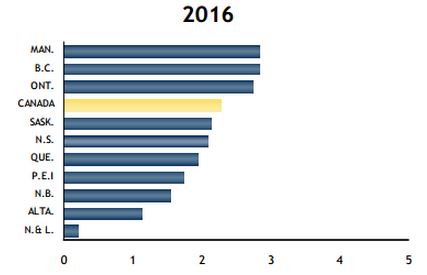 The bank economists predict the BC economy will grow by 3.1 percent in 2015. This is the fastest growth in BC since emerging from the recession in 2010, and it will be the second-fastest growth in Canada after Ontario.

In 2016, the bank expects BC to grow a further 2.8 percent, which will make it Canada’s fastest-growing province along with Manitoba.

So what’s fuelling this strong growth? Well, a big part of it is natural resources. The RBC report emphasizes BC’s strong performance in exporting goods, which in BC are 80 percent natural resources - mainly lumber, pulp, coal, copper and natural gas.

The resurging US economy and the weaker Canadian dollar are making things look good for BC exporters. Increased home building in the US is driving demand for BC wood, and exports of the province's natural gas to the US saw significant growth last year.

Of course, it’s not all natural resources. Thanks to the drop in oil prices, BC residents will have more money left over after fuelling up their cars to spend on other things. And with fewer British Columbians making the move to Alberta, BC is expected to see stronger population growth, which should help the BC housing market. In fact RBC expects 2015 to see the strongest level of existing-home sales since 2007.