Countdown to oil tanker moratorium: Have your say

Canadians have until Sept. 30 to share their views on a planned crude oil tanker moratorium on British Columbia's north coast. What are the issues?

Opponents of a crude oil tanker moratorium in northern BC say such a policy would damage the region's economy and have a negative impact on future opportunities for local communities. Supporters say ban would create protections that do not exist today for maritime areas.

The Trudeau government has promised to implement a moratorium and is currently working on a policy change that could have a deep impact on the future of any tanker shipping on Canadian coasts. Only a few days remain before the window closes on a brief consultation period.

Why does market access matter for Canadian jobs? Add your voice to others concerned about a federal tanker ban. Submit your views here by September 30. 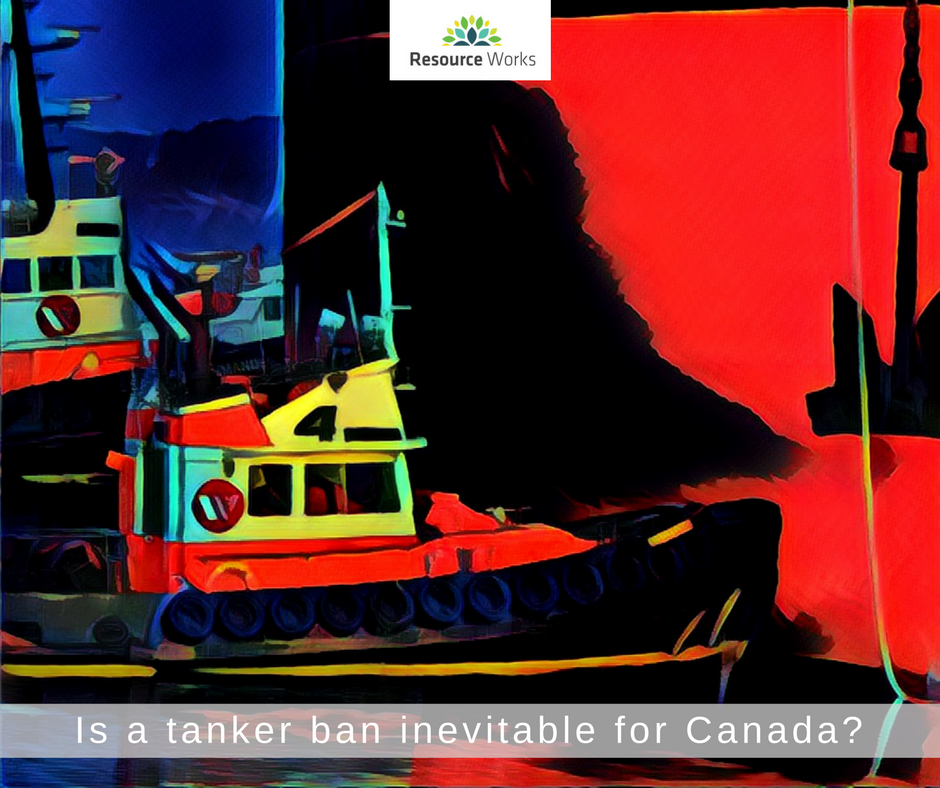 It's unclear exactly what a moratorium is meant to accomplish that the current protection regime cannot provide, since many successive governments have been broadly confident of the rules in place.

According to the Transport Canada webpage as it existed under the Harper government, oil tankers have been moving safely and regularly along Canada’s West Coast for many years. "More than 300 tankers transit annually along the B.C. coast while respecting the Tanker Exclusion Zone that exists today," said the site. "The terms of the zone stipulate that only laden tankers must stay west of the zone; tankers in ballast may transit within the zone." The site was very clear on one point, which is that there is no pre-existing moratorium in place: "There is no moratorium on tanker operation in Canada’s western waters."

The present-day Transport Canada website states that oil tankers have been moving along the west coast since the 1930s. It says that in 2015, there were about 197,513 departures and arrivals of vessels at West Coast ports. Tankers accounted for about 1487 of them, or 0.75 per cent.

It's not clear whether Ottawa has attempted an economic impact study in support of the new position.

Some other sources to consider:

A tanker moratorium, if implemented, could well render moot the whole question of the future of the Northern Gateway Pipeline, which has been approved with conditions. (The project does not have the support of the Trudeau government, which has until Sept. 22 to appeal a court decision that blamed Ottawa for not consulting properly with First Nations during the pipeline approval process.)

According to this history of the issue that we published recently, the moratorium issue has its roots in a federal-provincial spat dating back decades that had nothing to do with tanker safety.

The types of ships that could be covered by the moratorium could include any ships constructed or adapted to carry oil in bulk as cargo (e.g., tankers). The definition of a tanker can include a barge when it is carrying large amounts of persistent oil (over 2,000 gross tonnes of oil).  Large ships currently do carry significant amounts of bunker fuel in their tanks calling at ports in northern BC.

Support for the Northern Gateway Pipeline includes collection of strange bedfellows such as the Alberta NDP government, many First Nations, the companies supplying the oil to be shipped, their unionized employees, and a number of local communities.

If the federal government proceeds with a tanker moratorium and prevents Northern Gateway from being built northern BC stands to lose: