What does it look like when a major infrastructure project is hardened in the crucible of years of intense public scrutiny?

If Canadian taxpayers are getting their money’s worth from the costly approval processes they fund, the answer should be that infrastructure built in Canada is superior to anything built where equivalent processes do not apply.

And the Trans Mountain Pipeline Expansion project - the $7 billion oil pipeline twinning from Edmonton to Vancouver – might go down in history as a design affected as much by the environmental activists who critiqued it as by the engineers who signed off on it.

When it was approved by the National Energy Board of Canada on May 19, the TMEP was assigned 157 conditions. This is slightly larger than the number of draft conditions the NEB panel shunted back to the project proponents in 2015, and one quarter less than the number applied to the Northern Gateway Pipeline approved to cross northern British Columbia. 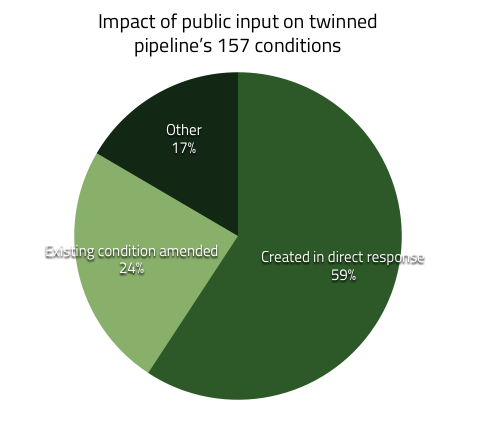 According to an NEB official queried at the May 19 media lockup where the project was announced, the majority of the 157 conditions resulted from concerns and solutions presented by the public during the project hearing process:

What are the chances that a pipeline in Russia, Venezuela or Saudi Arabia would ever be subjected to the processes that a Canadian project has to go through today? Very little, if any. Because of this, it follows that such nations would be incapable of building a pipeline to the same standards of a pipe in Canada. 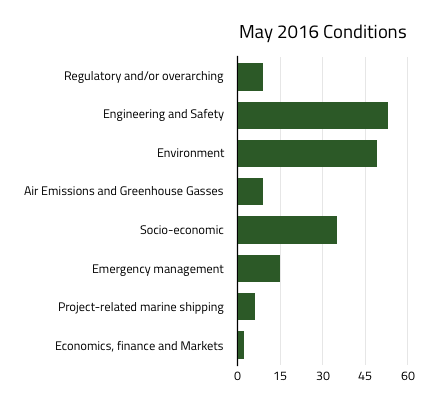 Examples of public pressure resulting in higher standards include the concerns of the Burnaby Fire Department on managing risks near the project terminus at Burrard Inlet.

This may help to account for why Trans Mountain's approval was greeted with broader acceptance than seen earlier in the process. It’s evident that no conditions will ever satisfy those who don’t need to read a report to know that they oppose a project. The average middle-ground Canadian is more circumspect, however. Research shows us time and again that this voter is wary of extreme positions.

There will no doubt be continuing vocalizations of both support and dissent in the months between now and a federal cabinet decision in December. But the fact we live in a global, interconnected world means that setting an example of good practice is not only desirable but necessary.

Ultimately, Canadian voters are the deciders, and for them the TMEP ruling can be seen as a triumph of sorts. It shows that the Canadian system is capable of responding meaningfully to public concerns.