Roderick Haig-Brown: A legendary figure in conservation and resource education

Forty years ago, British Columbians lost a towering figure of resource wisdom with the passing of this author and educator. Could his example be helpful to those caught up in today's resource culture conflicts? 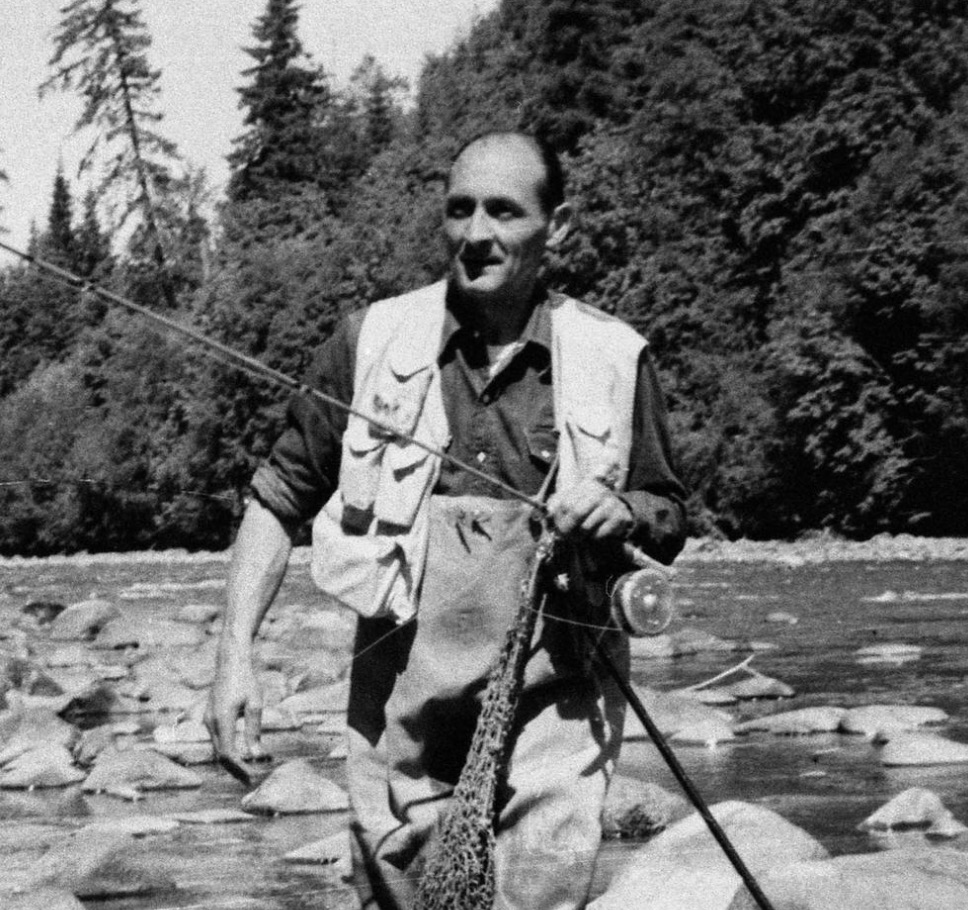 October 9, 2016 marked the 40th anniversary of the death of Haig-Brown, a legendary British Columbia angler and conservationist who was a prolific author and television personality in the mid-20th century. His name remains well known because, among other reasons, it is on a provincial park and his home in Campbell River is a museum. He was also a logger, an administrator, a university chancellor, and a member of the International Pacific Salmon Fisheries Commission.

Here is what Haig-Brown said of his work in conservation:

"I have been, all my life, what is known as a conservationist. It seems clear beyond possibility of argument that any given generation of men can have only a lease, not ownership, of the earth; and one essential term of the lease is that the earth be handed down on to the next generation with unimpaired potentialities. This is the conservationist's concern."

Among a lifetime of legendary accomplishments, Haig-Brown's 1961 book The Living Land: An Account of the Natural Resources of British Columbia might not stand out. Yet it is a remarkable work. In addition to documenting the natural wealth of the province, The Living Land also defined the conservation imperative in the context of meeting human needs through natural resources.

Haig-Brown was writing at a time when resource management as we know it today was being invented and British Columbia was on the cutting edge of developing responsible theory and practice.

Conservation is a dynamic, not a static, conception, he wrote:

"It does not mean simply hanging onto things, like a miser to his gold. It means putting them to use, seeking a valuable return for them and at the same time ensuring future yields of at least equal value. It means having enough faith in the future to respect the future and the needs of future people; it means accepting moral and practical restraints that limit immediate self-interest; it means finding a measure of wisdom and understanding of natural things that few peoples have attained..."

Haig-Brown had a reputation for tempering reason with passion. His approach was "infused with knowledge and tempered by responsibility, decency and fair play", and this is the underpinning of The Living Land. Those with businesses, professions and trades in the resource sector are typically well aware of the need to take a responsible approach to their work, and they would be unlikely to find much to disagree with in Haig-Brown's body of work. Issues like First Nations self-reliance and climate were, in their specifics, beyond the scope of his work and his times. The moral compass Haig-Brown possessed was a durable instrument that served him reliably on all the challenges he encountered. Those concerned with today's resource issues can still find meaning in The Living Land.

Haig-Brown published The Living Land as a way to share his resource knowledge with the general public.  Since Haig-Brown's passing in 1976, conservation has been overshadowed by the very different influence of environmentalism.

Fear, distrust and a sustained attack on all of our democratic institutions are the primary tools of too much modern environmental activism. These tools are deployed with considerable success. Cynicism and subterfuge are routinely used to advance agendas that harm working people and do little if anything for the environment.

Haig-Brown would have rejected this strain of modern eco-activism just as passionately as he loved and conserved natural places.

Taking a conservationists' approach is one way for resource people to engage constructively with the public. Haig-Brown pioneered an approach that we could do worse than learn from.

Stewart Muir, executive director of Resources Works, is an award-winning author and journalist who contributed to The Sea Among Us: The Amazing Strait of Georgia. This book won the Vancouver Aquarium Coastal Ocean Award for Conservation and Research Communication, the Roderick Haig-Brown Regional Prize, the American Fisheries Society's Haig Brown Award, and was shortlisted for the Basil Stuart-Stubbs Book Prize and the Bill Duthie Booksellers' Choice Award.