The 7 myths of BC's resource economy

It can be difficult to grasp just how important the resource sector is to the province's economy. But a research report produced by economist Philip Cross for Resource Works gives us a useful picture 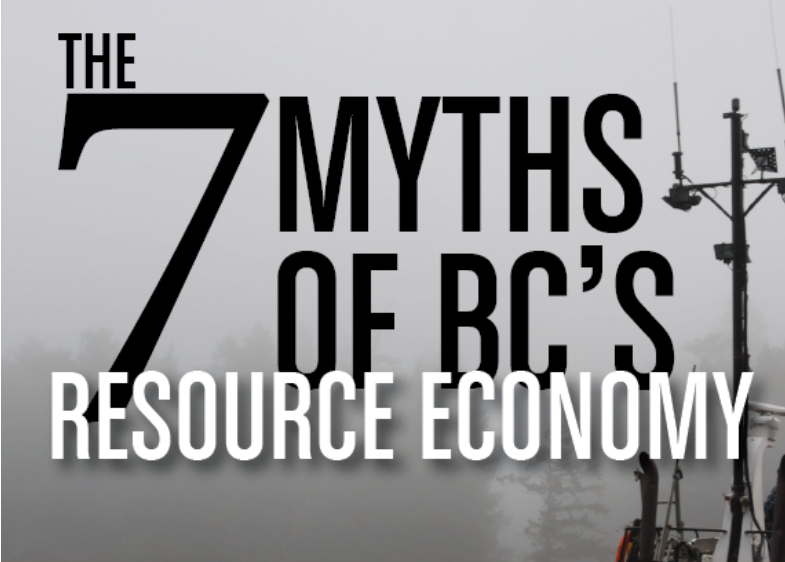 The economist Philip Cross’s work involves a standard simulation used frequently at Statistics Canada. It shows what would happen if the BC resource sector grew by 10 percent.

Using an economic model based on real-world tax data, we can see how this change would affect overall growth in the BC economy, including growth in non-resource industries and in employment.

Based on his findings, Cross challenges seven myths about BC’s natural-resource sector:

It has become attractive for some to believe that, as our economy develops, we are becoming less and less reliant on resource extraction. Cross’s simulation, however, demonstrates that the sector remains a crucial part of the BC economy.

His work shows that if the BC resource sector were to grow by 10 percent, BC’s GDP would grow by 1.9 percent, or by $3.7 billion. That’s almost equal to the entire growth of the BC economy in 2012. What’s more, growth of 10 percent in the resource sector is entirely realistic, even within a single year. In fact, it’s already happened in BC three times since 2002.

Myth 2: All the money goes to equipment, not wages

Cross’s study also shows that the increase would create 29,600 jobs in BC, equivalent to 1.3 percent of the entire provincial workforce. Interestingly, a significant amount of these jobs would be created in a wide range of non-resource industries, particularly in finance, insurance, real estate, transportation, professional services and retail.

The simulation also shows that most of these jobs would be full-time. The study produces a figure called full-time-equivalent jobs. This takes all the part-time jobs and adds them together to determine what they are worth in terms of full-time hours. The number of full-time-equivalent jobs is just slightly smaller than the number of total jobs (it’s about 95 percent of total jobs), which indicates that very few jobs created are part time.

Myth 3: Only rural BC gets jobs

Cross’s research shows that if the resource sector were to grow by 10 percent, more than half (55 percent) of the jobs created would be located in the Lower Mainland. This is largely because of the business flowing to non-resource industries such as finance, insurance, real estate, professional services (things like lawyers and accountants), and trade.

In fact, growth in the resource sector is expected to create more jobs in the service sector than in the goods sector, and the Lower Mainland would capture two thirds of those service jobs.

Myth 4: All the money and jobs leave the province

The simulation shows what would happen across Canada in the case of a 10-percent increase in the BC resource sector. The results show that BC would be by far the largest beneficiary.

BC would get 80 percent of the total jobs created, reflecting the fact that many of the inputs needed by the resource sector must be sourced locally. And even things that don’t necessarily need to be source locally, such as professional services, very often are. This demonstrates the fact that BC has a well-developed business-support system catering to the resource sector.

Myth 5: The resource sector punches below its weight

A year where the BC resource sector grows by 10 percent is realistic. In fact, it’s happened three times in BC between 2002 and 2012. And there are good reasons to think we’ll see that kind of growth again. Since 2013, BC’s natural gas and forestry sectors have rebounded from low-points in previous years. These industries account for just under a quarter of BC’s total resource sector, so improvements in these areas are expected to have a major impact on the rest of the sector.

Myth 6: If it's resources, it's boom and bust

It is entirely reasonable to be skeptical of the importance of boom-and-bust industries if all the gains that were won in boom times are destroyed when the bust hits. But that’s not the case for BC’s resource sector, which has shown a steady growth trend, nearly doubling in size since 1991. This growth is largely due to the development of new natural gas fields, rising prices for natural resources and technological improvements.

Myth 7: The real money is in manufacturing

This myth is becoming increasingly difficult to believe as manufacturing and processing jobs become easier to move offshore, making them vulnerable to overseas competition. Jobs in resource extraction are much more stable and reliable.

And, as shown in the simulation, there is tremendous value to be found in the services that support resource extraction. The study shows that service jobs increase more than twice as much as manufacturing jobs in response to growth in the resource sector.

Moreover, jobs higher up in the supply chain are not necessarily worth more. In many instances, there is more value added (and hence more opportunities to earn profits and pay high wages) in resource extraction than there is in manufacturing. For instance, in the oil and gas industry, more value is added to the product in each of the extraction, transportation and service phases than in the refining phase.