After years of rhetoric and politics, it is time to get the Trans Mountain pipeline expansion project done, writes Stewart Muir, Executive Director of Resource Works.

Resource Works sponsored a poll from Ipsos that was in the marketplace June 10 to 14, asking more than 800 British Columbians a simple, straight-ahead question: “Do you personally support or oppose the Trans Mountain pipeline expansion project, which involves building a second pipeline on the existing route between Alberta and Metro Vancouver?”

Sixty per cent of British Columbians said they support the project, only 29 that they oppose it. The survey results were consistent across B.C., with 59 per cent of Metro Vancouver residents, 60 per cent of Vancouver Island residents, and 63 per cent of northern/interior B.C. residents polled expressing support for the project. A similar poll by Angus Reid in April 2018 found 54 per cent of Canadians are in favour of the project. 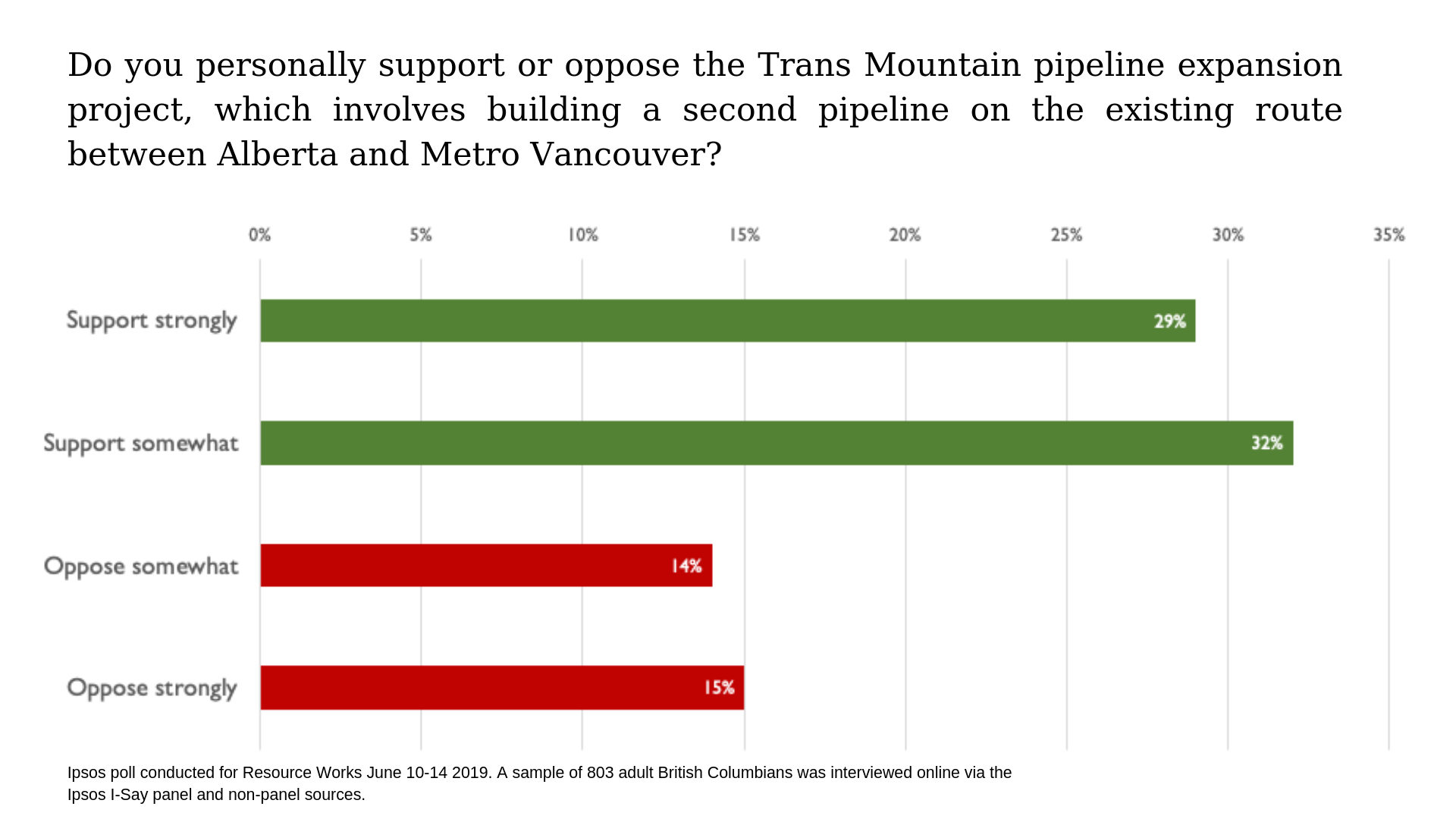 For many residents, their supportive position was arrived at only after evaluating a lot of inflammatory claims. You have to admire British Columbians’ common sense, and our ability to see through the politics and rhetoric to understand the truth.

Of all the possible routes that will allow Canadian crude oil to reach diversified and therefore more valuable markets, Trans Mountain is the right one to do now. An existing pipeline is already in place in the same corridor. This project would double it, adding a second line on the same route to the existing terminal in Burnaby, which already has robust safety protections in place.

As part of our transition, we need to burn cleaner fuels in the meantime. Canadian fuels are among the cleanest – coming from a well-regulated sector that has invested millions of dollars to run as clean and green as possible. Even with its constrained capacity, Vancouver's Westridge Marine Terminal shipped $539 million worth of Alberta bitumen to Asia last year.

In the past several years while Canadians have struggled over Trans Mountain, the United States managed to reverse its long-standing ban on oil exports, develop a massive new wave of crude oil production, build pipelines to move it around, and, as of last week, export the product daily by ship to a roster of 10 foreign countries and growing.

While we’re still in bed, Americans are out there eating our breakfast, lunch and dinner.

No wonder so many British Columbians are frustrated.

The lack of pipeline capacity means Canada is unable to get much of its oil and gas to those international markets, costing us an estimated $30 - $40 million a day in lost revenue and forcing China and other nations to seek other sources of fuel for industry and electricity generation.

It is important the increased shipping be done safely, with the risk of a tanker spill minimized through regulation and technologies such as advanced double-hulled vessels, and that our spill response capacity inspire confidence. The federal government has insisted on that as a condition of the project – a responsible, reasonable action that allows us to benefit from the project while managing risks.

In the crucible of political conflict on this contentious project, new alloys have been created including the remarkable emergence of not one, but several, Indigenous groups with the business savvy and motivation to be active participants in the pipeline’s economic future for the benefit of local communities.

A positive decision will provide clarity of purpose in finalizing a long-awaited national energy policy, which has eluded us for years. Rather than deepening divides that exist, the near future can be a time for consolidation and healing, and continued transition toward a range of energy production and efficiency technologies.

The federal government decision on the pipeline is expected June 18. It is our hope they make a decision based on good science and common sense rather than rhetoric and politics, and push this overdue project ahead. 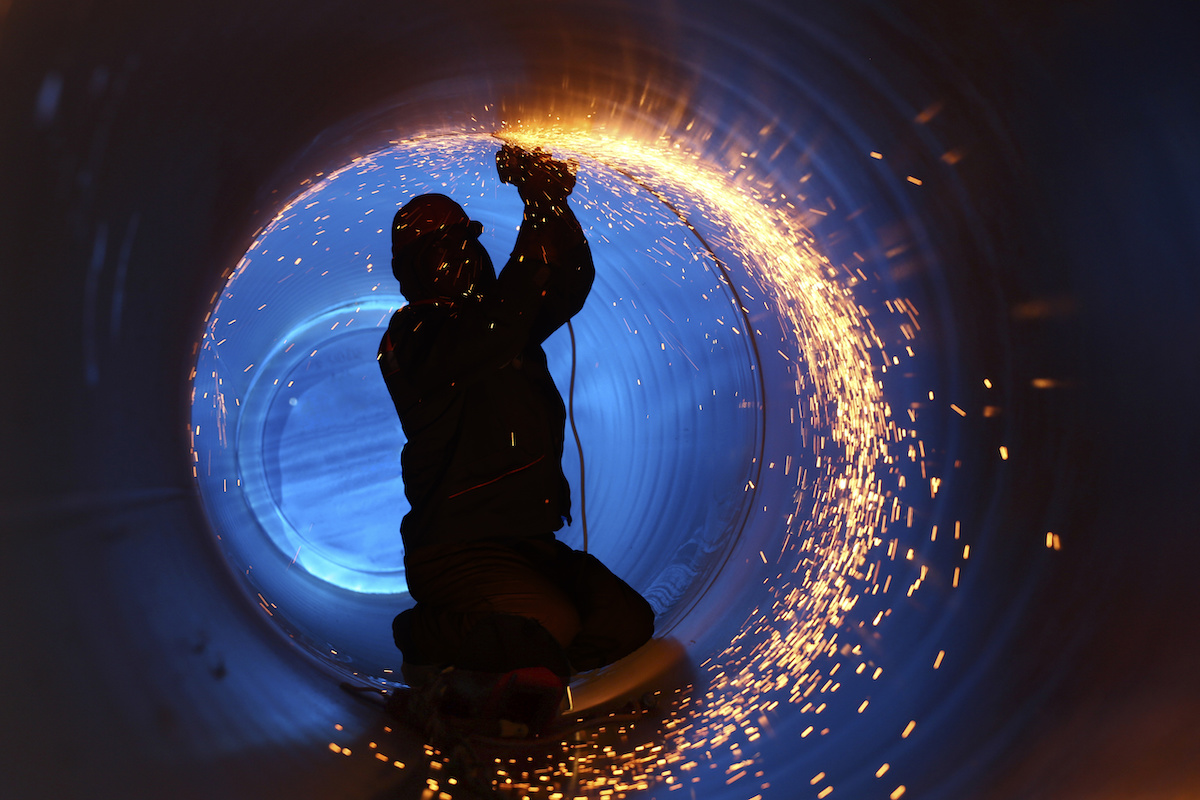