Though he long had "difficulty" with the venture, British Columbia's new Indigenous Relations and Reconciliation Minister now acknowledges the project deemed to be in the national interest has its approvals and is going forward. 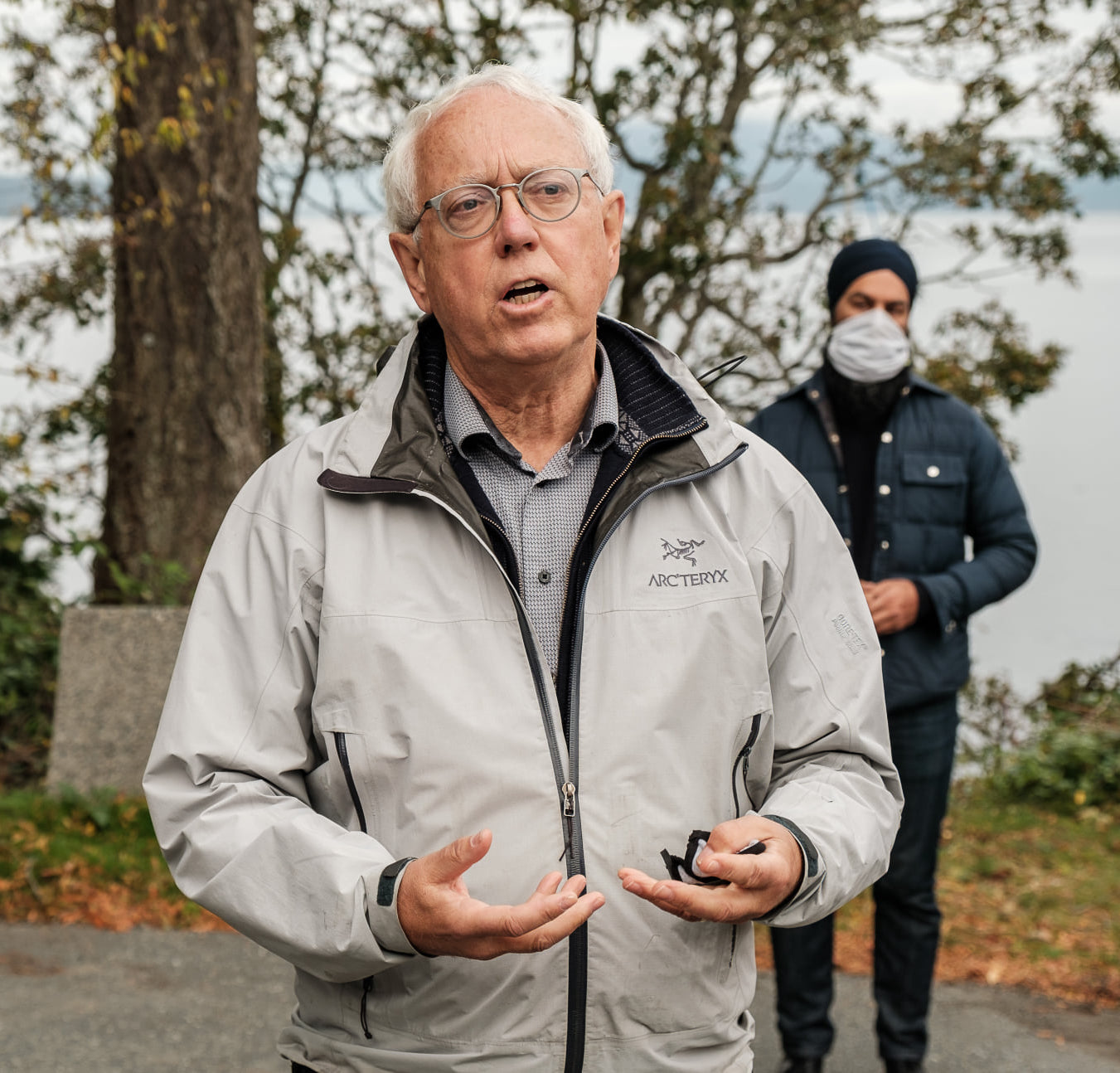 "I think we have to turn the page"

Rankin told Kamloops radio station NL Morning News: "The project has received all of the approvals and I think we have to turn the page.”

The senior figure in the cabinet of Premier John Horgan stopped short of endorsing the Crown-owned pipeline expansion project that will generate billions in new government revenues. However, he seemed resigned to the project being built and feels it is time to move on.

Rankin is a former MP who vacated the Victoria seat to successfully claim the role of MLA for Oak Bay - Gordon Head in the October 2020 B.C. general election.

During that campaign, federal NDP leader Jagmeet Singh stumped for Rankin in the former MP's winning bid for a seat. Yet instead of focusing on the Trans Mountain Expansion Project (TMX) that Singh had bitterly opposed, the pair instead chose to highlight a local issue involving cargo ship anchorages during a media event in North Saanich on Oct. 17.

With permits issued and the popularly supported though sometimes controversial project well underway, the BC NDP government has progressively hit the mute button on its onetime opposition. New evidence emerged last week showing why TMX is both financially viable and strongly in the national interest (see this recent Resource Works commentary).

Some 200 environmental conditions were imposed on the project including a whole new set of requirements added in 2019. Concerns like killer whale safety, which previously fuelled project opposition especially in places like Victoria located adjacent to the shipping route required for oil tankers, appear to have been satisfied.

"I was the member of Parliament for Victoria and we don’t call it the pipeline project, we call it the pipeline and tanker project because, out here, that’s another part of the puzzle as you well know and a lot of us are very concerned about the impact that would have,” said Rankin in his Dec. 14 interview with NL Morning News.

Even though he cannot be termed a project supporter, some would say it is "mission accomplished" for Rankin, a noted conservation advocate who at one time was chair of The Land Conservancy. Transparent processes resulted in an optimized project that heard and assimilated citizen concerns. Not only was the project scrutinized in detail by the country's highest courts before they approved it, TMX is creating thousands of well-paying, skilled jobs for B.C. and Alberta residents. Ottawa recently rolled out net zero legislation and a national emissions pricing plan, accompanied by elevated focus in the Alberta oil sands on emissions reduction.

In another signal that British Columbians in general can move on from social conflict over the project, Environment and Climate Change Strategy Minister George Heyman no longer has a stated mandate to oppose TMX. In 2017, his mandate letter as a cabinet minister enjoined him to employ "every tool available to defend B.C.'s interests in the face of the expansion of the Kinder Morgan pipeline, and the threat of a seven-fold increase in tanker traffic on our coast." That requirement was dropped in his refreshed mandate issued in November 2020 where TMX receives no mention at all.

Rankin also told the radio station he thinks it is fine for First Nations groups to invest in the Trans Mountain pipeline expansion.

At least three different groups are seriously looking at buying part or all of the pipeline project that is currently under construction. Rankin said the groups can invest their money wherever they want.

“What do I say about the Indigenous leaders that may wish to purchase that? I think it’s a free economy and they can make their investment decisions as they see fit.”

He added: “Some Indigenous people think that it’s a good investment and of course they have every right to be part of the economy if they wish to make that investment. A lot of others, of course, are bitterly opposed to that project."

At least 43 First Nations and other Indigenous groups support the proposed Trans Mountain pipeline, while 12 signalled opposition in one significant court action before many of them dropped their opposition after the Federal Court of Appeal issued a milestone ruling in the project's favour.

The project is still on budget and on schedule to be completed by the end of 2022.