Once again, majority of Top 100 B.C. companies are in resources

The idea that natural resources are receding as the driver of the provincial economy proves to be just as mythical as ever. Forestry, mining and other sectors are going from strength to strength.

Business in Vancouver's annual Top 100 public companies in British Columbia list for 2018 may cause bewilderment among those who have, for years now, been touting the story that the resource sector is becoming less important to the economy.

An analysis of the newly published list was conducted by Resource Works, with support from student Alyssa Yu. We found that after two consecutive years where direct resource companies were not the majority of public firms, once again such companies make up more than 50 per cent: 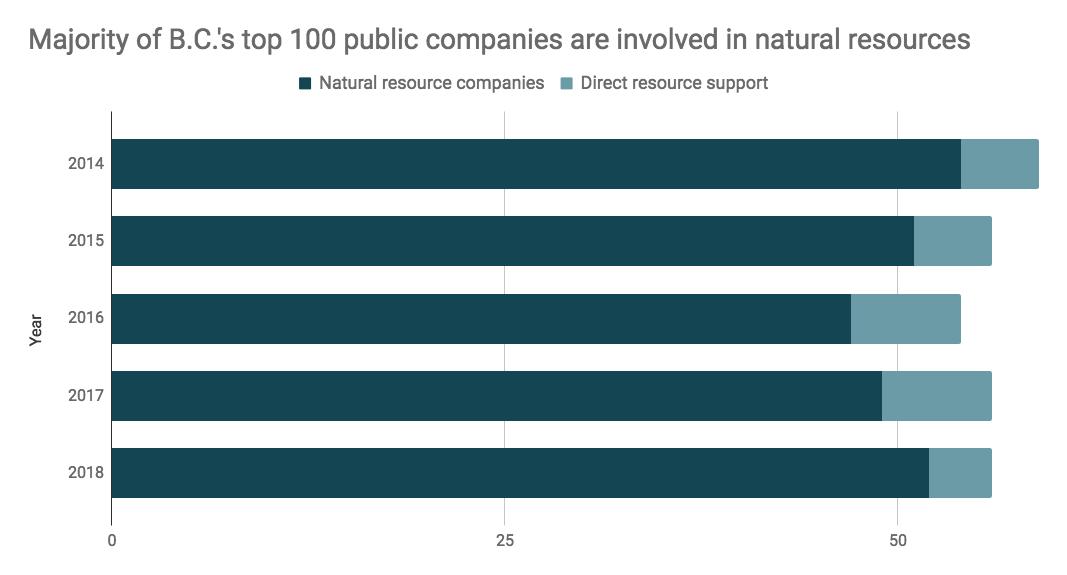 For 2018, 52 companies directly involved in forestry, mining, and energy show up in the Top 100 list. It is the first time since 2014 that the majority of companies were in resources. For a clue as to why this might be, check out the 2014-2018 journey of the S&P/TSX Global Mining Index (TXGM): 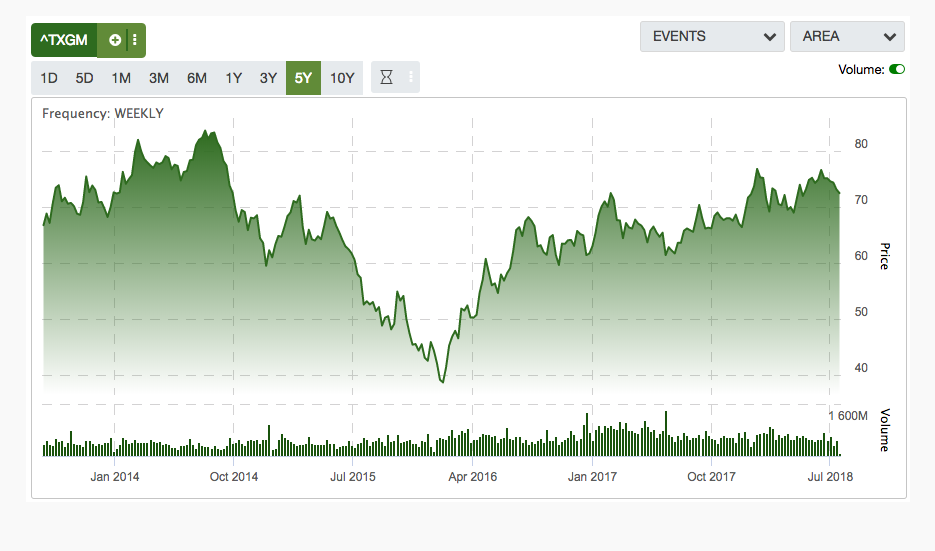 It is common to hear that "technology" is taking over the economy, for example as argued in this article. Actually, the high-tech boom occurring through the economy seems to be happening in resources just as much as anywhere else, and in the past Resource Works has worked to explain this trend more deeply.

The number one resource company for 2018 is Teck Resources Ltd., followed by West Fraser Timber and Canfor.