Are trappers genuine, or pipeline protestors pretending to be trappers? Here’s How to tell the difference

Activist stunts that put innocent lives in danger are an unconscionable step over the line, writes Steven Simons. 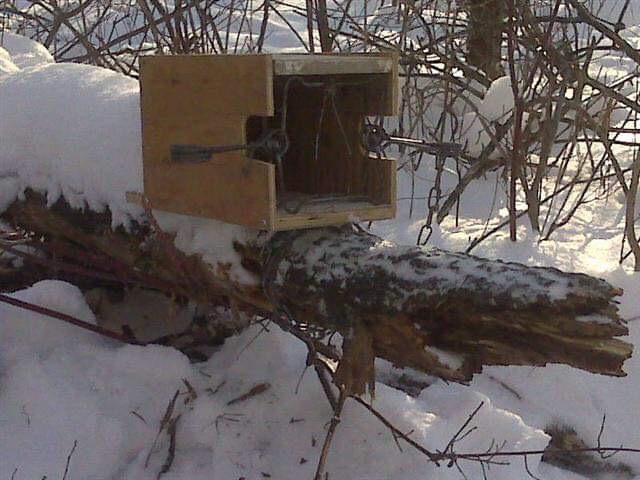 Seeing the news of traps being set in the workspace of Coastal GasLink pipeline workers takes me back to the extreme measures of activist tree spiking stunts during the BC war in the woods. Back then the spikes were intended to stop a chain saw or sawmill blade. But the reality of those actions threatened the lives of operators should the high speed sawmill blade, or chain of a chainsaw, explode into pieces.
Couldn’t be considered a hazard think it is more a total delay tactic and ‘infringement’ attempt
Now you could play up the “what’s next “ angle and remind readers of tree spiking... it’s not a stretch given some of the radicals who’ve visited the camp
I’ve been criticizing Unist’ot’en for all of a sudden caring about our laws like the Wildlife Act...last week they were a Sovereign nation...this week they care about minor regulations
Also bugging them about if the trappers are legal. To trap you need to have taken a course...do you think those healing centre clients have taken a course prior to getting out in the bush?? Doubt it
It doesn’t matter what your position is on any natural resource development. The women and men who work in these industries should never have to face a material threat to their lives. The families of these workers should never have to wonder if their loved ones will return home.

“In most years and areas, adult females are likely to start appearing in the harvest in about mid-January, and it is wise to plan on ceasing operations by that time.” http://www.env.gov.bc.ca/fw/wildlife/trapping/docs/marten.pdf