Chief Ian Campbell shares a path to reconciliation through partnership in this story first published by The Daily Hive. 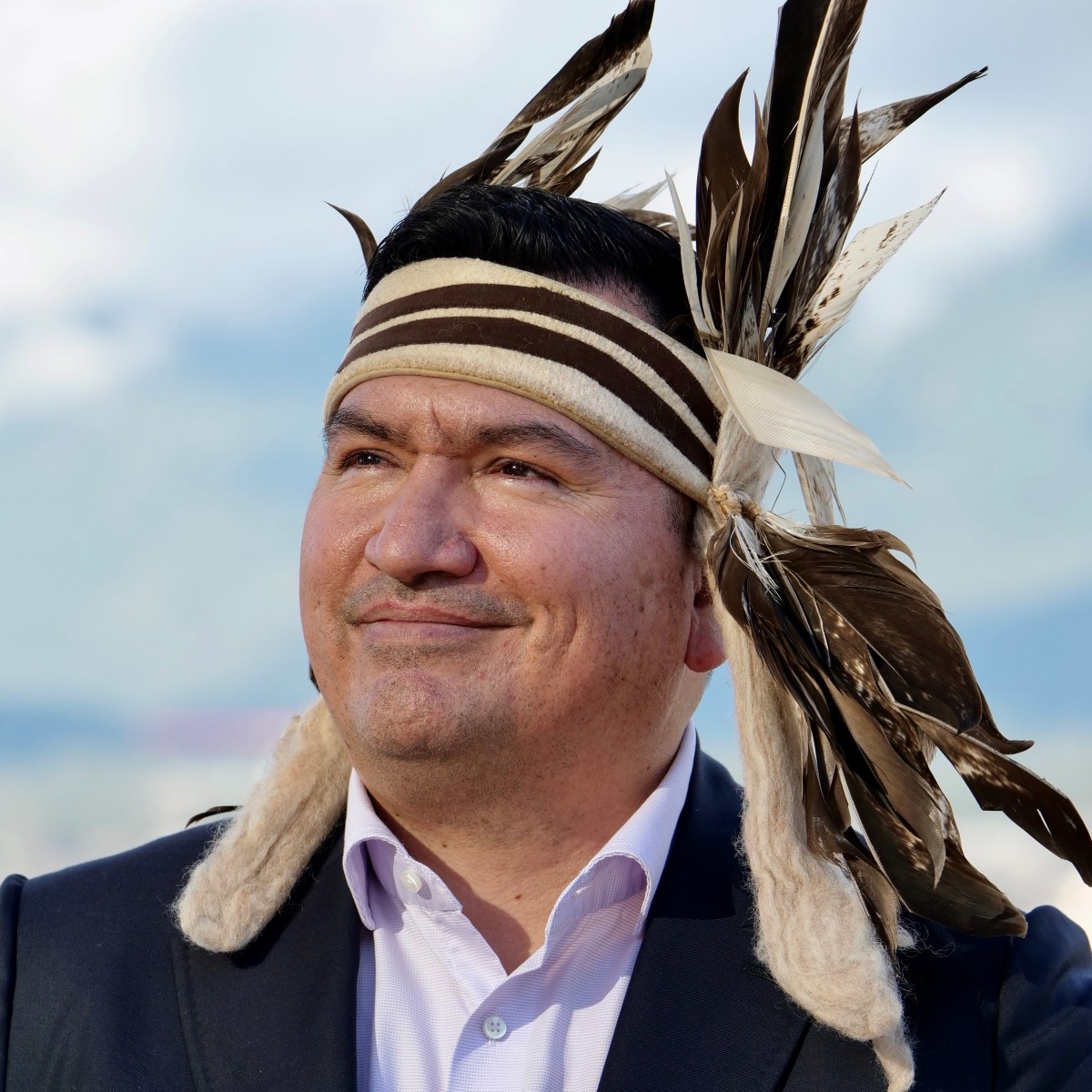 A few days ago, I stood alongside Sḵwx̱wú7mesh Úxwumixw Hereditary Chief Pekultn Siyam (Dale Harry) to welcome hundreds of guests from all levels of government and the Sea to Sky region to the shared territory of the Sḵwx̱wú7mesh and Líl̓wat (Lil’wat) Nations. I took the opportunity to reflect on the progress of a project proponent that went beyond reconciliation and moved into what I call “reconcili-ACTION.” I’m sharing these thoughts with British Columbians and Canadians today in the hope that the groundbreaking work we have shared with Woodfibre LNG can become a model for other industrial and commercial projects.

As one of sixteen Hereditary Chiefs from the Sḵwx̱wú7mesh Úxwumixw, I have been actively involved in the Woodfibre LNG project since its inception. I recall the early days of the proponent approaching us as Chiefs, Councillors, and partners – with the proposal of developing an export LNG facility in our historical village known as Swiy̓át. It was the first time that a major industrial project of its kind had truly looked to us in the spirit of partnership.

Back in 2015, our Nation was not entirely familiar with how an LNG project would impact our traditional territories, including our sacred Nexwnéwu7ts Átlḵ’a7tsem (Howe Sound). It was imperative that our own cultural knowledge and expertise were applied to the project in a way that considered impacts under our own terms. Working together with Woodfibre LNG, we entered into a first-of-its-kind environmental assessment process. With our approval, contingent on 13 conditions to protect our culture and territory, we became the first non-treaty Nation to be recognized as a full regulator on an industrial project in Canada.

Since our environmental approval almost seven years ago, Woodfibre LNG has progressed a substantial clean-up of the former 100-year-old industrial pulp mill site at Swiy̓át, on which the new facility will be constructed. This has led to major improvements to Nexwnéwu7ts Átlḵ’a7tsem where our People still fish and participate in traditional activities. Continued remediation and site preparation activities are currently underway to prepare for construction, including more concrete recycling, demolition of old buildings, landfill capping, green zone activities, soil remediation, and shoreline rehabilitation. Woodfibre LNG has also changed the location of its facility from floating to on-land to minimize impacts on the marine environment and swapped its cooling technology from seawater to more environmentally friendly air cooling. Not to mention, once operational, Woodfibre will be the lowest-emission LNG facility on earth and has committed to becoming net zero.

With this project, we are charting a new path forward for Nations across the country to become leaders in promoting environmentally responsible projects while sharing in their economic opportunities. Through our Impact Benefit Agreement with Woodfibre LNG, the Nation will receive significant procurement, employment, training, culture, community, and other related benefits for years to come. Woodfibre LNG’s project positions our Nation to be a driving force in meaningful industrial development partnerships and sets the path forward for continued economic and environmental success.

As a member of Sḵwx̱wú7mesh Úxwumixw, I look forward to continuing working collaboratively with Woodfibre LNG to make progress possible through progressive environmental and culturally sound action that will bring significant benefits to our People and local communities today and for generations to come. For the sake of future generations of First Nations and Canadians, I hope that sharing this story of our unique relationship with Woodfibre LNG provides a roadmap for reconcili-ACTION and shows how strong partnerships with Indigenous people can lead to success.

Chief Ian Campbell is Resource Works' director of stakeholder relations and the governance chair of the Indigenous Partnerships Success Showcase. Chief Campbell is a hereditary chief of the Squamish Nation and served for sixteen years as an elected councillor where he was a lead negotiator on various resource projects and worked on the first ever binding Indigenous envirionmental assessment, for Woodfibre LNG.

This story was originally published by The Daily Hive.