Resolution A2 is raising concerns in numerous coastal communities about a lack of awareness about the importance and sustainability of aquaculture. All resource communities should be very concerned.

Vote No to Resolution A2 if you care about wild salmon and healthy communities.

Protecting local waterways and wild fish species is a vital part of the well being of local residents. Resolution A2 claims to advance this agenda, yet on closer inspection turns out to be based on a truly surprising lack of understanding of salmon farming issues.

If adopted and implemented as stated at the Union of BC Municipalities convention in Whistler in September 2018, A2 could devastate thousands of jobs in aquaculture, which includes net-pet salmon farming – the province’s largest agricultural export, while doing nothing to improve the issues it claims to address.

The resolution also seeks to perpetuate the growing urban-rural divide in British Columbia. There is considerable irony here, since the practice of sustainable salmon farming may be remote from the daily experience of the urban residents, yet their lives are made better by the practice that puts healthy food on their plates.

Strangely, a resolution that unites around science and collaboration, Resolution B73, has been overshadowed by a motion that divides around misinformation and confrontation.

A depdenable reference point on the actual state of the salmon farming industry is the British Columbia Chamber of Commerce policy on aquaculture, adopted in 2018. (See page 122 here.) It acknowledges the challenges that exist and identifies the need for a federal Aquaculture Act that would address many of the frictions that are holding back salmon farming from meeting its potential.

Resolution A2 was brought forward by the City of Victoria, a city located a long way from any salmon farms, so it's difficult to know the motivation. One thing we do know is that the very large wild sockeye returns to the Fraser in 2018 are at odds with the dire warnings that continue to issue from anti-net-pen campaigners year after year.

Forestry, mining and oil-and-gas communities across British Columbia are familiar with the phenomenon at work here. At times like this, sticking together is what resource leaders need to do. Especially if are you from a resource community, backing B73 and rejecting A2 is your natural choice and the right thing to do.

Because the truth is this: Salmon farming is successfully coexisting with wild salmon today in British Columbia.

UBCM delegates reviewing resolution A2 should also be aware of that other resolution, B73, really is in stark contrast to resolution A2. Like A2, B73 was endorsed by the Association of Vancouver Island & Coastal Communities. Why one of them was placed prominently as a standalone vote, while the constructive B73 is buried in a bundle, is a mysterty.

In terms of A2 and its alarmist language, here is some context to think about:

Motion B73 takes a constructive approach, calling for decisions on fisheries management to be made based on “current data, technology, science and traditional knowledge.” Such an approach would ensure that all relevant information, rather than just the opinions underlying A2, are factored into vital decisions.

Voting No to A2 is a reasonable option for those who care about wild salmon and healthy communities. 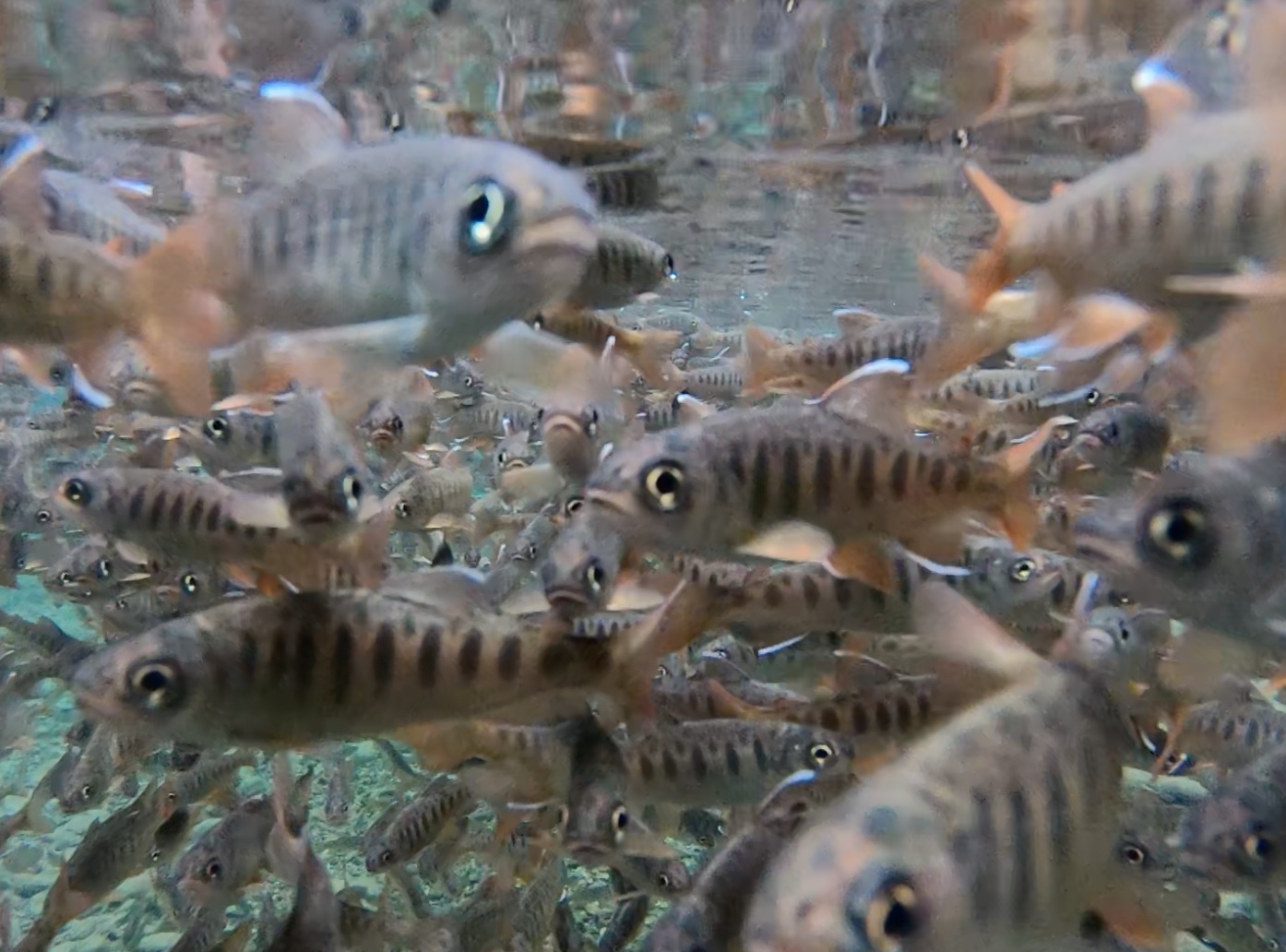 Hatchery coho at the Oyster River Hatchery, a program supported by the salmon farm industry. They will be released into the wild, reviving a river system where, before the advent of salmon farming, wild salmon had become almost extinct.