The overwhelming majority of people, especially when they sit face to face, want to engage in an open-minded, fact-based dialogue about responsible resource development.

When Resource Works set out in 2014 to help British Columbians recognize the significance of natural resources in their daily lives, we felt certain that we could make our case. We strive to be a leading voice in a debate, sometimes contentious and occasionally disruptive, about prudent and sustainable use of natural resources in BC. Whether we choose to focus on jobs, economic development, innovation, taxes or the essential role that resources play every day in our lives, there is ample evidence to support our perception that thoughtful and moderate debate is a key to this province’s prosperity.

Today, less than two years after our launch, we are among Canada’s most influential public policy organizations in social media terms. In this time we have learned that the overwhelming majority of British Columbians share our understanding.

We hope that by distributing a backgrounder booklet to delegates of this week’s annual convention of the Union of British Columbia Municipalities, we can contribute to the important work that local government representatives carry out every day on behalf of their residents and stakeholders. We want to make sure that you have easy access to key information about some of the resource-related resolutions on the agenda.

Resources: Foundation of the economy 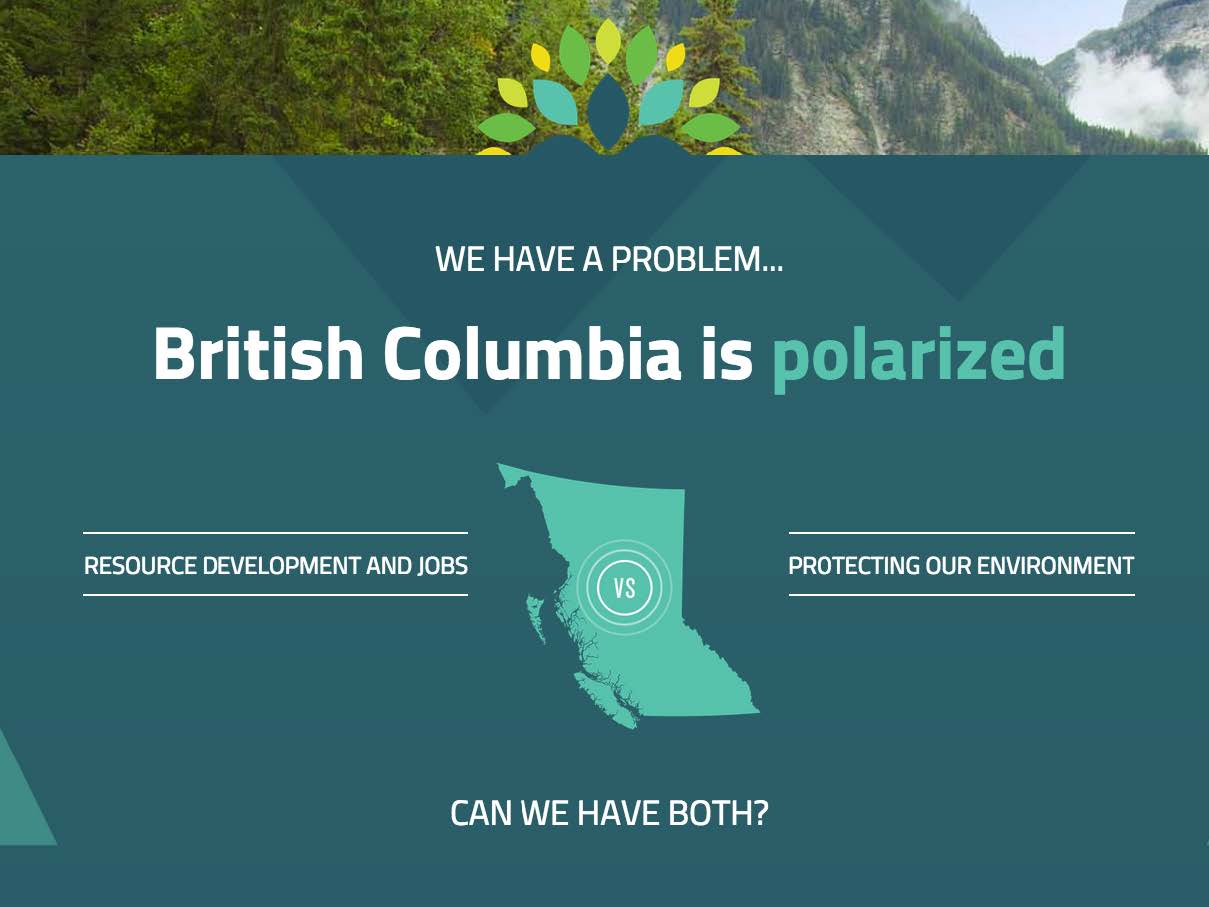 Federal statisticians have been tracking the performance of Canada’s economy for almost a century. Here’s what we know for certain: Canada became one of the world’s wealthiest and healthiest countries because it has resource commodities that the world needs. Today, resource industries such as forestry and mining remain at the foundation of our economy and they’re becoming more important with each passing year.

At least 75 per cent of Canadian exports (not including chemicals and manufactured items) are raw or intermediate resource products such as energy, metals, minerals and food. For BC, it’s closer to 80 per cent.

An Ipsos poll in 2014 found that 72 per cent of British Columbians agree that natural resource development is good for BC. That statement gets its broadest support in Metro Vancouver and Vancouver Island (74 per cent). 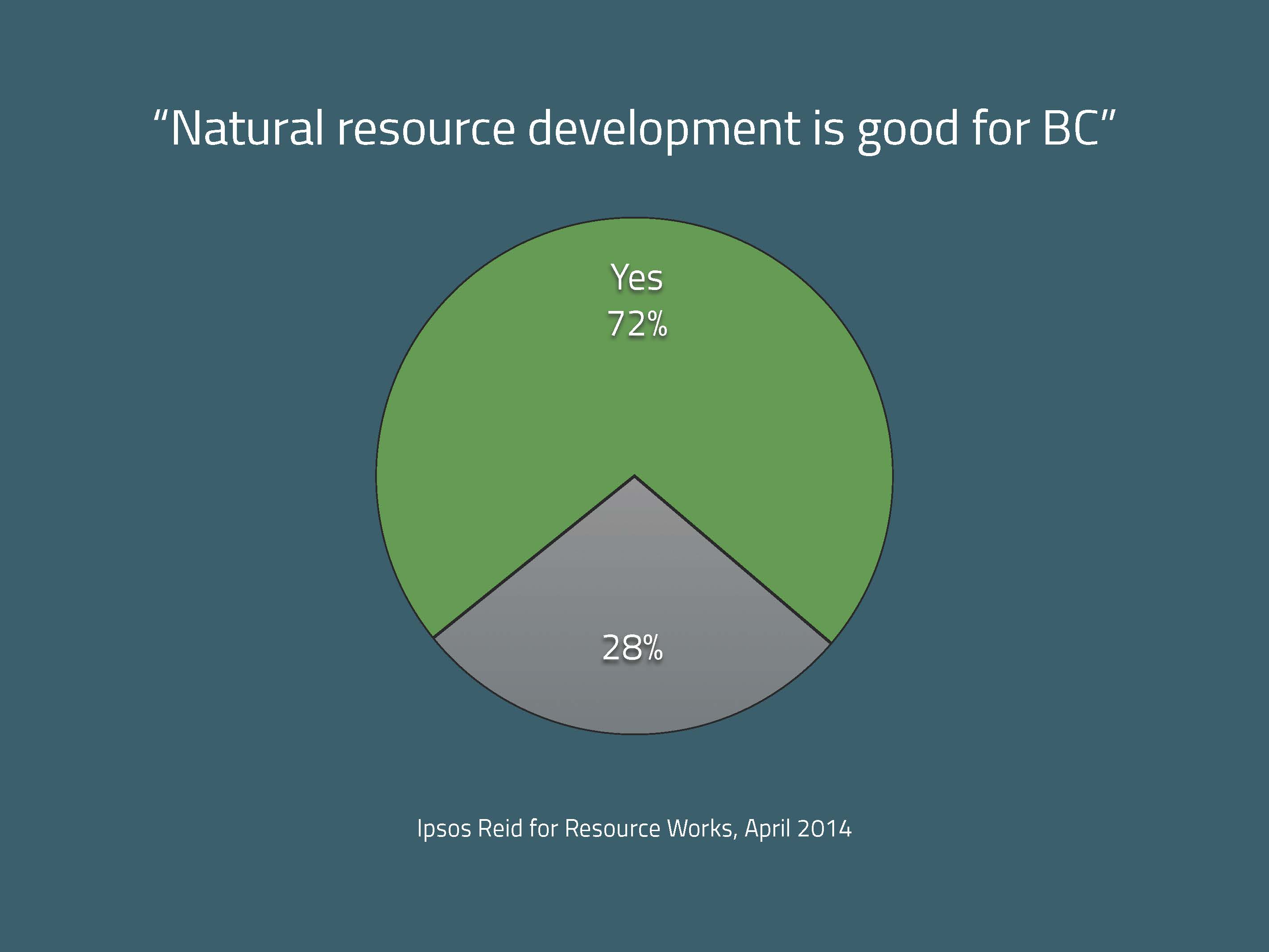 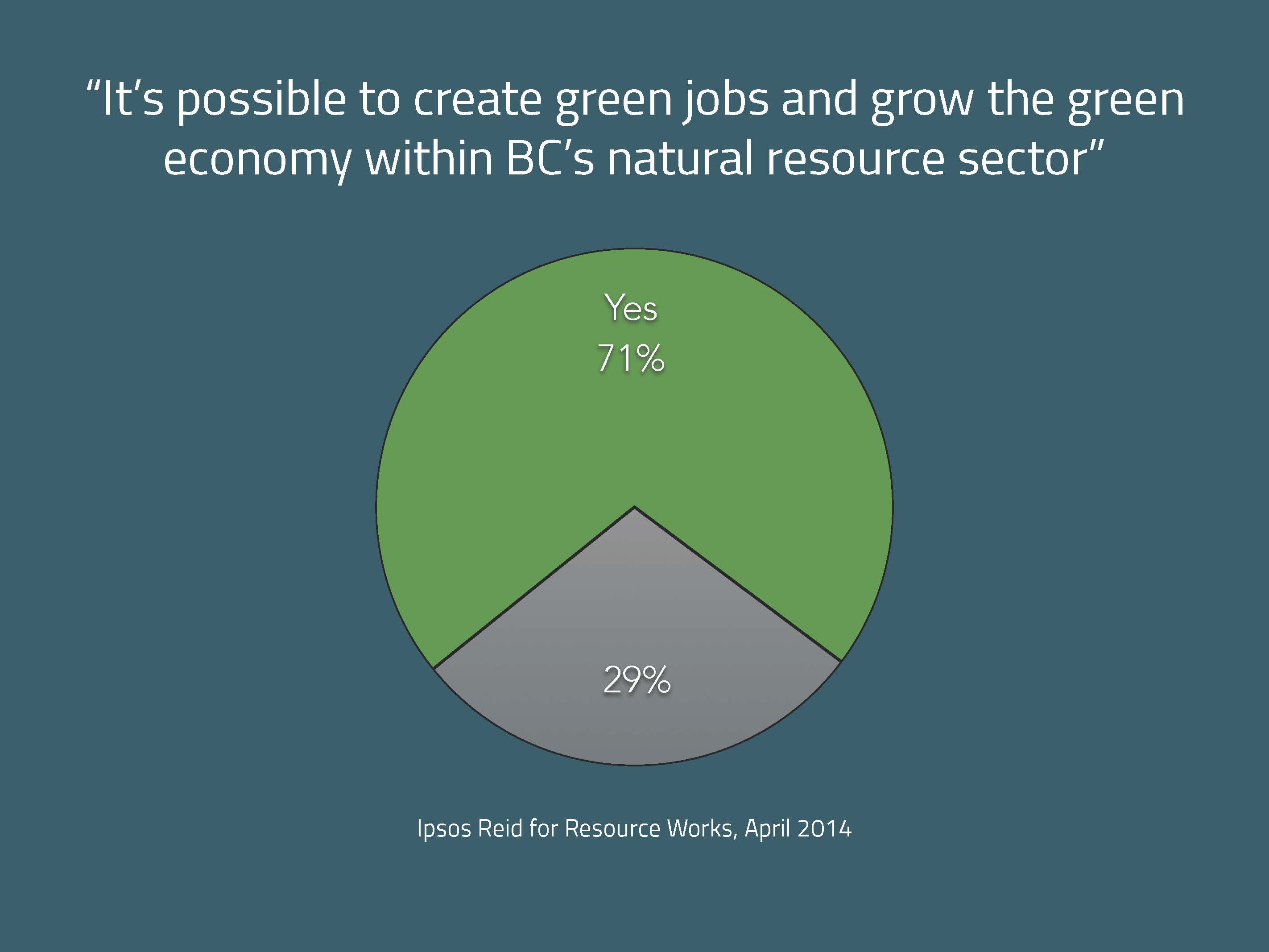 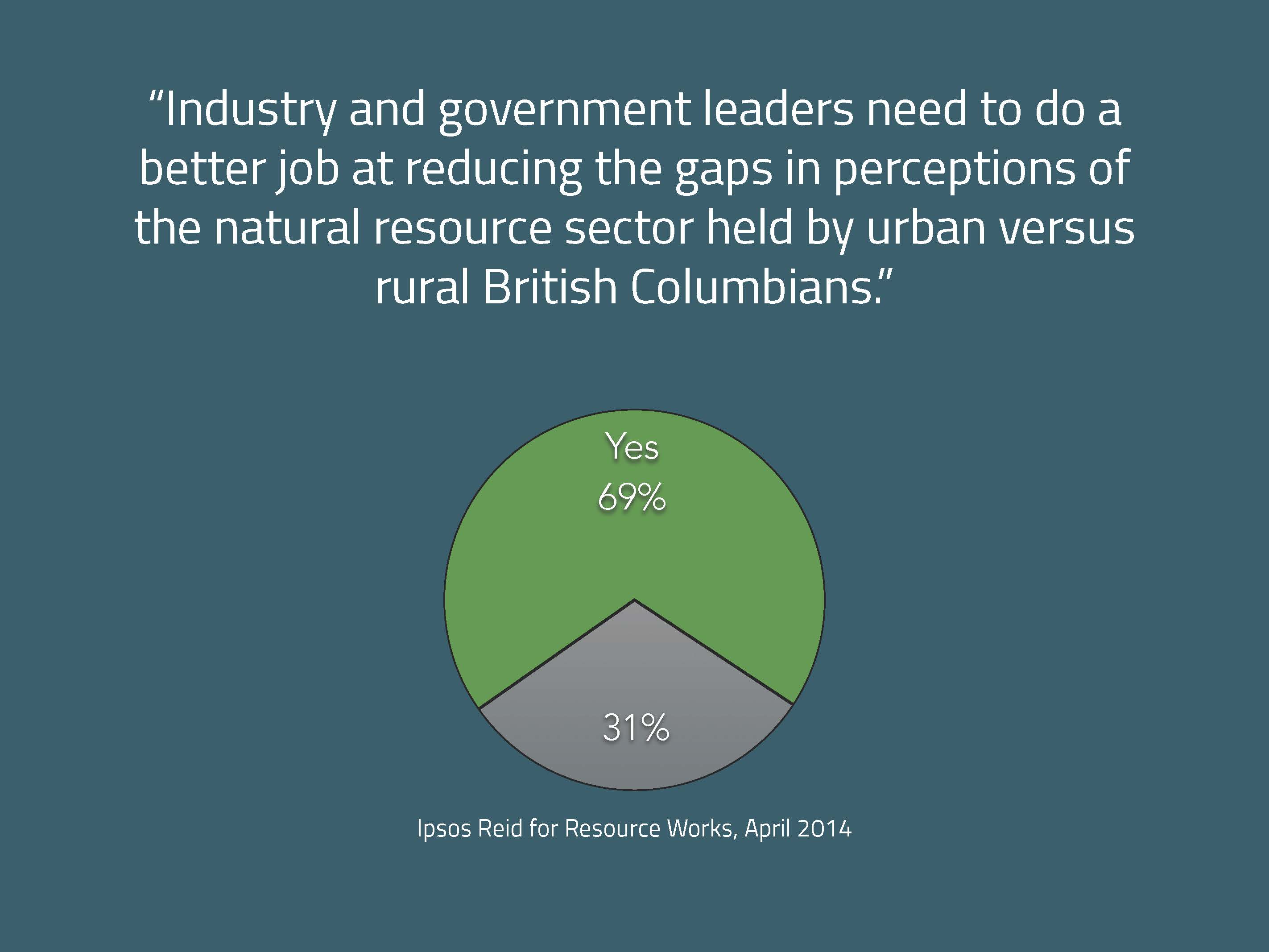 Across Canada some $700 billion worth of resource development projects are currently under consideration. Already, the sector accounts for more than half of Canada’s top companies – 126 out of 237 companies according to a recent study by Simon Fraser University. Meanwhile, sectors such as technology and consumer goods are in relative decline.

Telling an authentic story of responsible resource use

There’s ample room for BC to take advantage of this trend, to everyone’s benefit. Our inaugural Resource Works report in April 2014 by a former Statistics Canada chief economic analyst showed that a 10 per cent boost in BC’s natural resource economy would boost provincial GDP by $2.13 billion and create nearly 40,000 new jobs for British Columbians.

Already, natural resources are the second largest sector in the provincial economy by GDP.

Nearly one in 10 British Columbia workers is employed via the resource sector, perhaps in forestry, mining or energy, holding a family-supporting job. Then there are support jobs — a skilled tradesperson working as a contractor at a refinery or a mill. Or a lawyer in Vancouver, an accountant in Prince George, a website hosting company on Vancouver Island, a geologist in Kamloops. Many jobs in sectors as diverse as retail and hospitality exist because well-paid resource sector workers are spending money on food, clothing, entertainment and travel.

It may not seem obvious to a worker at an Internet start-up or other high tech enterprise, but his or her job relies on natural resources too — hydroelectricity powers tablets and mobile devices, and copper and gold circuitry allow them to operate.

Why resources matter – a lot – to governments

More broadly, high tech workers depend like the rest of us on the royalties that natural resource activity delivers to government to pay for essential services such as health care and education. In BC, those royalties can push the province’s annual budget into the black regardless of how the rest of the economy is doing.

At the municipal level, tax dollars from resource-based industries (such as a mill or a pipeline) may add millions of dollars in property tax payments — relieving families of an additional tax burden. This is no small contribution at a time when the price of housing is moving out of the reach of many young people.

For communities across the province, the value of resource-derived industries to local government adds up very quickly. A single resource-driven enterprise, such as the Trans Mountain Expansion Project, has the potential to boost municipal revenue by about $25 million a year — on top of approximately $25 million the operators of the existing pipeline are paying to local governments across BC and Alberta. The Woodfibre LNG plant, alone, could add about $7 million per year to the tax base in Squamish. In Port Moody, a new potash export operation at an existing terminal is projected to add $1.5 million per year to that city’s revenue, and 100 new local jobs. In short, we all depend on natural resources for our prosperity. A well-balanced and diversified local economy is a community’s best guarantee of economic stability. Over the long haul, natural resources are a stable economic driver that outperform other exports. I can’t imagine what BC would be like if we gave up on our resource economy as some voices want to see.

One trend that really worries me is that our appetite for imported goods has recently been outstripping what we are able to export. Failing to develop new markets for our resource commodities means that the hole we are digging is just going to get deeper. 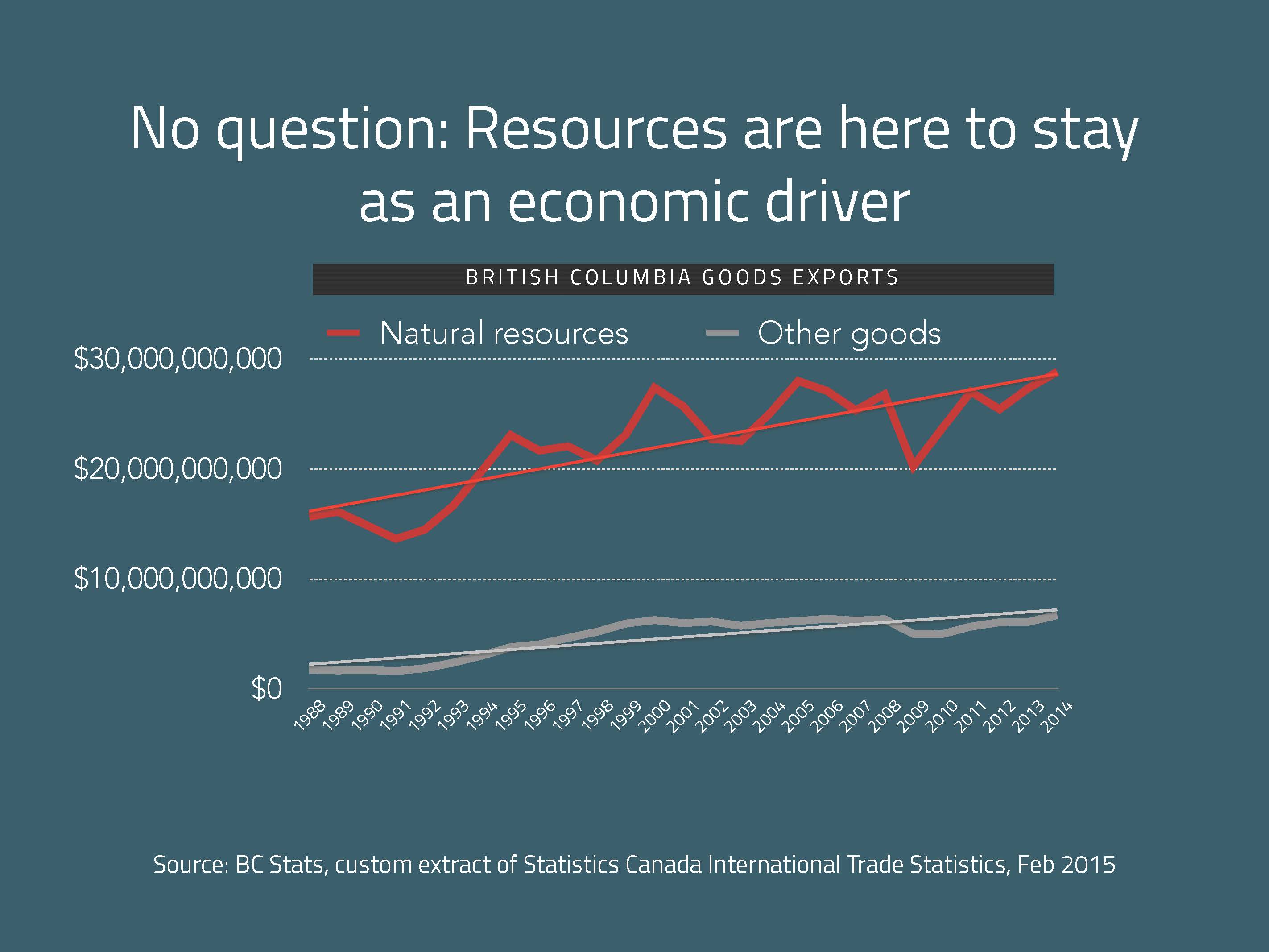 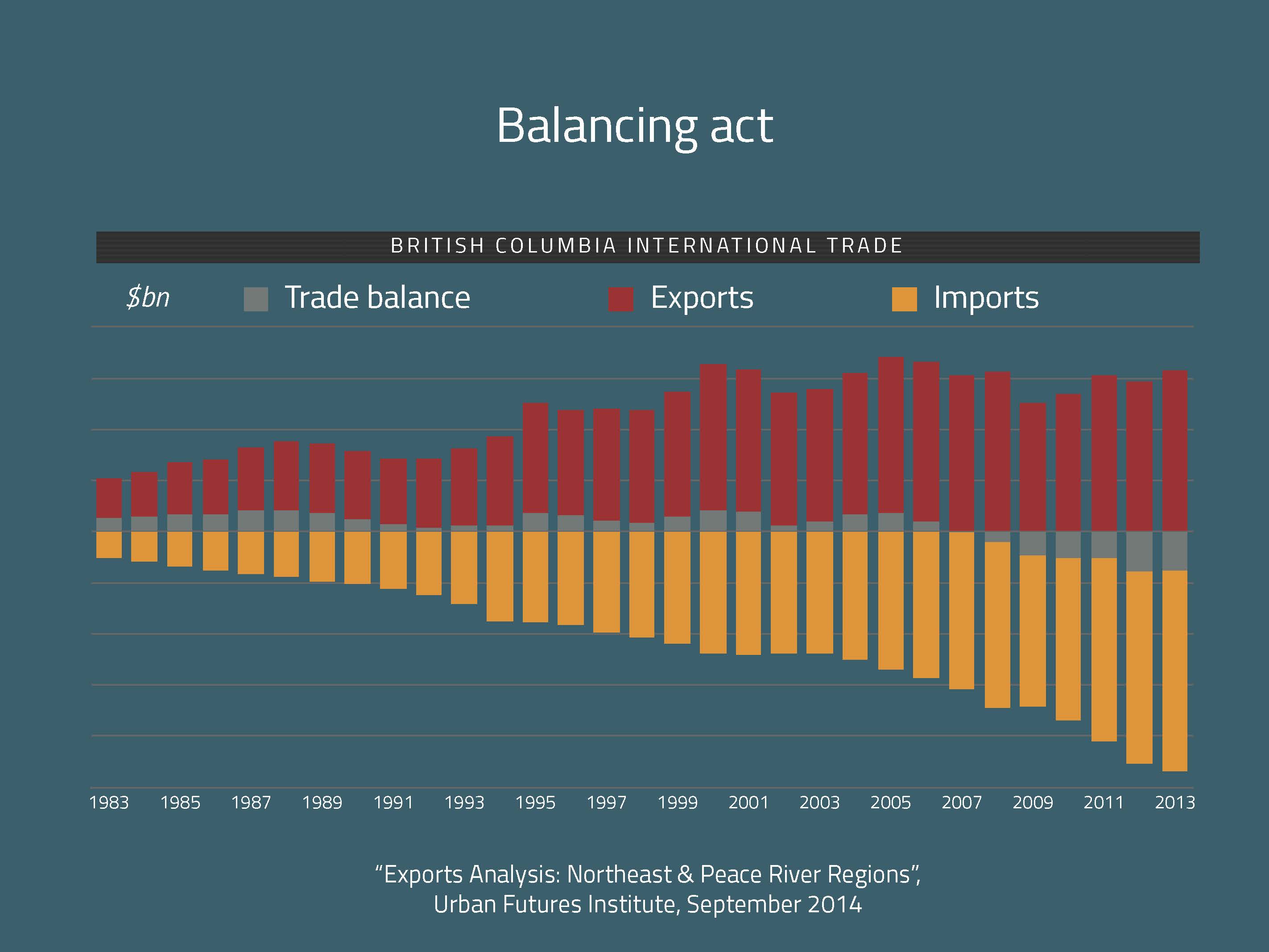 I think everyone agrees that where British Columbia is involved in the extraction of nonrenewable resources, such as in mining or oil and gas, it’s imperative to extract the maximum potential value of those commodities when we take them to market.

Commodity prices go up and down, that’s true. But even when prices are low, as they are right now across the energy sector, Canadians should make sure they get the best possible price by facilitating the safest and most cost-efficient ways to get products to markets. That means developing infrastructure in or through municipalities and regional districts, whether it’s a high voltage transmission line, a highway, a bridge, a pipeline or a port, that best serves Canada’s interests while ensuring that local concerns are addressed. And of course when commodity prices go back up, as they always do, resource-driven communities in British Columbia will be well-positioned to take advantage.

I think British Columbians would also agree that when a resource development proposal such as a mine or a pipeline comes forward, it should be the subject of a thorough review that puts the burden of proof upon the proponent and the burden for scrutiny upon government regulators — without unnecessary delay. At the local level, developers of commercial retail properties — as well as homebuilders — expect timely and transparent review of their plans; it’s reasonable to expect senior governments to reflect the same approach with the projects that fall under their mandates.

Are we concerned about climate change? You bet we are. The reason we don’t have to choose between the environment and the economy is that achievable short-term goals like water-free fracking, enhanced marine safety and spill response, climate-change-friendly natural-gas infrastructure, and high-efficiency coal plants will have a much bigger impact in the short term than renewable energy solutions (even if sources like solar and wind can be made as cheap and reliable as they need to be to reach their long-term potential). In BC, research and development in oil and gas and mining alone is worth $210 million annually – more than the combined spend on pharmaceuticals and medical equipment, computers, communications equipment and aerospace products. Canadian resources are needed in parts of the world that lack for cleaner, reliable and affordable forms of energy. Of the oil-exporting nations, Canada matches or outscores others across a broad range of measures. We’re grateful for the interest of municipal politicians who have taken the time to enhance their understanding of these important issues. All local residents should be pleased to know their interests are directly represented in this week’s UBCM policy debates when resource  issues are on the floor. We anticipate that discussions around topics such as forestry, energy and resource project assessments will spark some spirited discussions.

As UBCM carries out its work, we’d like to note some important takeaways from our own interactions with local government leaders. Our December 2014 report, Community Conversations on Natural Resources: Using open dialogue to find common ground, was a landmark in BC’s dialogue on the topic. We hosted roundtable conversations among community members, including 38 elected and aspiring local government leaders in eight Lower Mainland cities. We wanted to explore what common ground might look like.

We learned through these sessions that the overwhelming majority of people, especially when they sit face to face, want to engage in an open-minded, fact-based dialogue about responsible resource development and they want balance among environmental, social and economic interests. As you gather your own thoughts, please take some time to review our booklet. We believe it will provide you with clarity and certainty about these matters, which are fundamental to the economic health of the province, and to communities like yours. I’ll be on hand myself all through UBCM and one of my goals is to work with municipal leaders in 2016 to ensure credible, non-partisan, balanced information is available to all those who need it. 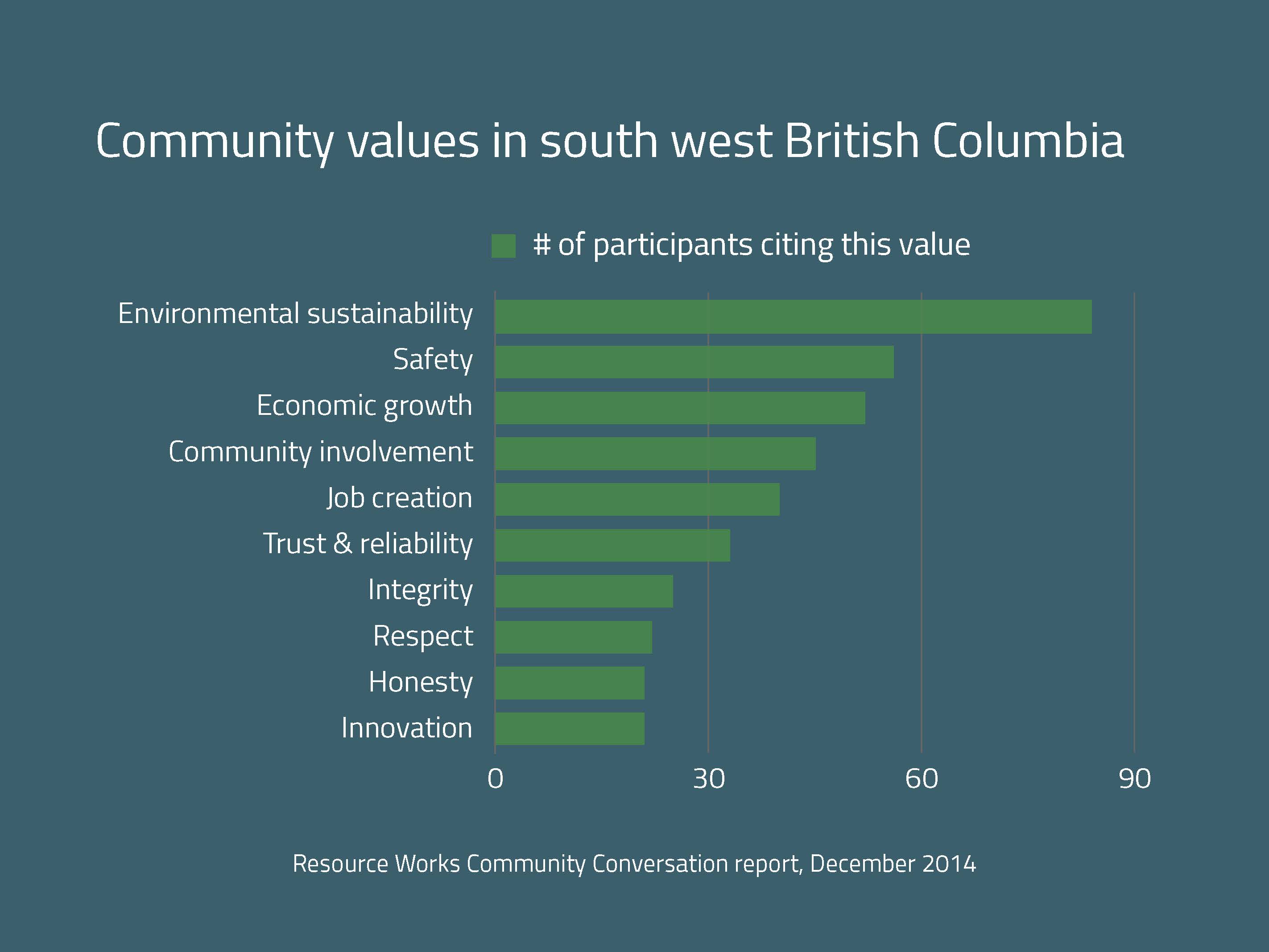